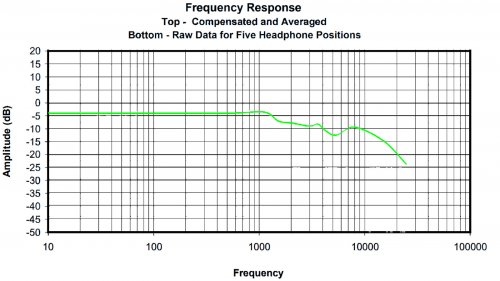 See full thread gallery...
You are using an out of date browser. It may not display this or other websites correctly.
You should upgrade or use an alternative browser.
Who here likes a flat frequency response?

Just discovered EqualizerAPO and WOW! I am using the flat curve (only one I could find) for my HE400 and I like the sound of the EQed cans much better than stock. I thought I would miss the bass and, to be fair, having head shaking bass is nice, but flat, the bass sounds so much less intrusive but still plenty present.

Anybody else discover the beauty that is uncolored sound?

SantinoSan said:
Just discovered EqualizerAPO and WOW! I am using the flat curve (only one I could find) for my HE400 and I like the sound of the EQed cans much better than stock. I thought I would miss the bass and, to be fair, having head shaking bass is nice, but flat, the bass sounds so much less intrusive but still plenty present.

Anybody else discover the beauty that is uncolored sound?
Click to expand...

Yeah some people like a flat frequency response, though it's not my cup of tea. I think it also depends on your music genres you listen to, your hearing health, whether you need isolation, what sources you are pairing it with etc. I think a flat FR might be good for classical, but for bass forward music like EDM, it may be a bit bass anaemic IMHO. (I'm a basshead and would prefer moooooore bass any day).

I commute a lot and find that a neutral set is not the best option for travelling as bass frequencies are the first to be lost in noisy environments, so I do think a bass north of neutral would be good to offset the travel loss of the bass frequencies.

But occasionally when I need to do studio/stage monitoring, I would go for a flat FR, so it can truly convey what the artiste intended in the music, though I personally find it boring for the music genres I listen to when it is for casual music listening. But of course, different strokes for different folks, YMMV!
Favourite IEMs for home setup (alphabetically arranged): BLON BL-03, BLON Cardinal, Final Audio E3000, HZSound Heart Mirror, KBEAR Aurora, KBEAR BElieve, Mangird Xenns Up, Oriveti New Primacy, Tanchjim Oxygen, Tanchjim Tanya, TForce Yuan Li, Toneking Ninetails, TRI I3

I am an admitted bass head too. Started in car audio like a lot of people here so I have a soft spot for the rumble. Maybe my tastes are changing with old age.

Now I'm wishing I had a portable DAP with a nice parametric eq that can stream music or some better cans so I no longer need eq!
Last edited: Dec 19, 2019
S

This question is very interesting because we don't have an accepted "flat" for headphones yet. For speakers we know that listener preference generally leans towards anechoically flat on-axis and with as controlled directivity as possible. When placed in a room these speakers typically exhibit about 6-7dB difference in bass and treble, and this is partially what the harman target tries to replicate for headphones. Basically the "ideal" speaker curve is slightly downwards sloping. For headphones things get a lot more complicated. A lot of functions that are present while listening to speakers are no longer there, such as the impact of your own body and head.

There are many targets for "flat" for headphones, the most popular one currently is probably the Harman target, but the harman target is not a "flat target", nor does it claim to be. The Harman target is simply based on listener preference, and therefore ends up very close to how a flat on-axis speaker ends up sounding in a room. There's nothing wrong with this approach but I think calling it "flat" would be incorrect.

Free field (FF) target is one of the earlier target curves for headphones, it wanted to achieve neutrality by placing an artificial human in an anechoic chamber and then recorded sound played by a flat speaker. The result of this was of course that the resonances of the human ear and such were taken into account but it had a few flaws that the DF target sought to correct.

Diffuse field (DF) is quite similar to FF, though the methodology is close to being polar opposites. The biggest issues with FF is that you're recording sound in a free field that comes from the front while a headphone is more like the sound coming from all directions, because of this the response isn't quite right. Some smart people found out that a good way to work around this was that instead of using an anechoic chamber you can use an extremely reflective chamber and then place the dummy head in the diffuse field of the speaker, which basically means it records sound coming from all directions around the ear (more accurate to what a headphone is like).

DF is far from perfect, however. This is due to the fact that an anechoically flat speaker will sound quite bright to most listeners, and the same of course goes for a DF flat headphone. Technically you could call it flat (as in, this is what a speaker would sound like if it was completely flat in-room) but it won't be enjoyable for the vast majority of people, which is why the existence of the harman target is a good thing. Other than all of these things nobody has quite the same ears either, the HRTF of different people will be different and so on.

Now to answer your question, I like what I consider a "perceptually flat" frequency response, which is somewhere in between harman target and DF.

scgorg, you bring up very good points. I don't know what curve equalizeAPO uses <update: the curve is the SABF-serious curve> but it sounds great to my ears. Not really flat after all, but rolled off highs...see below. 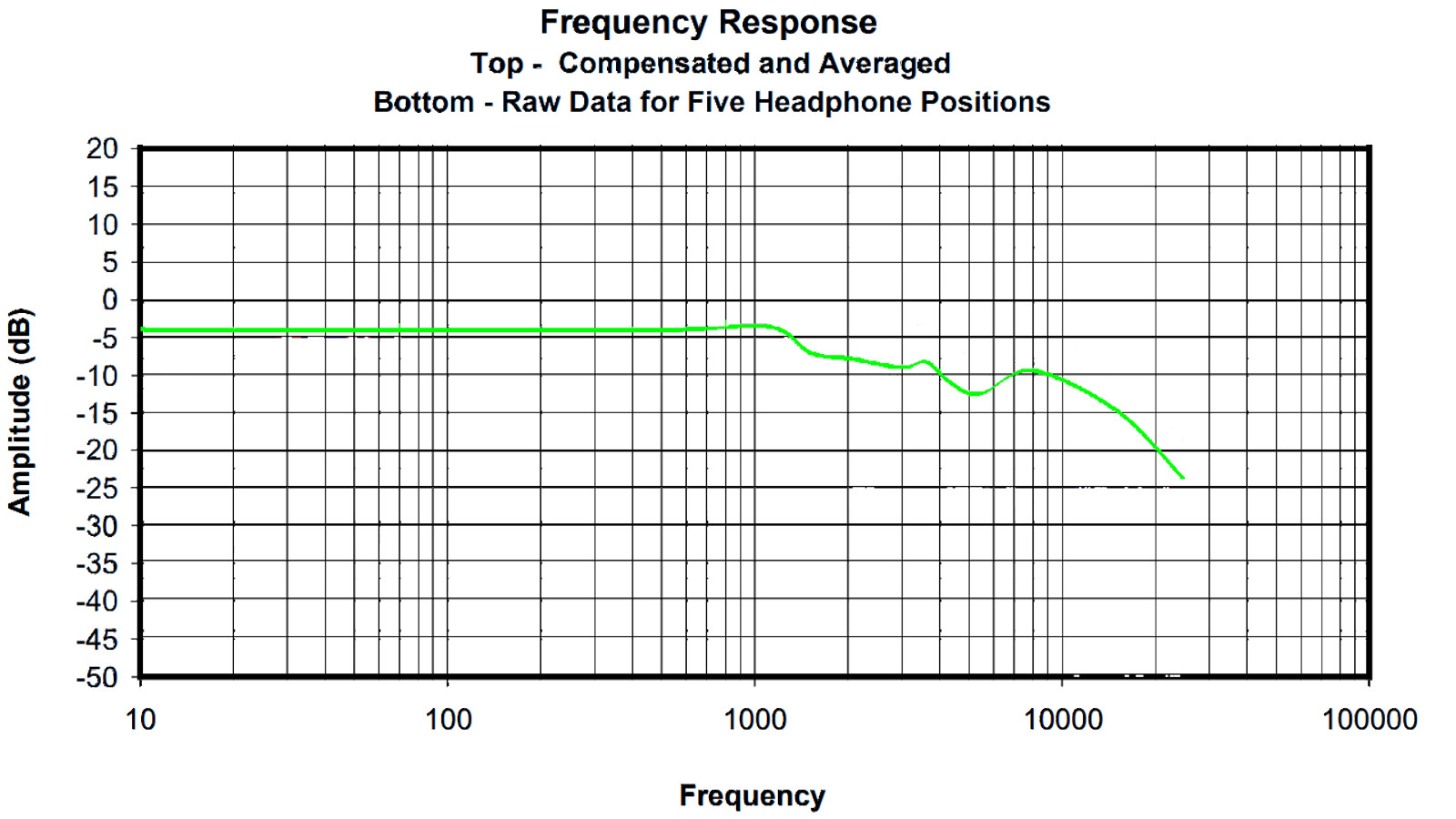 I like a relatively flat response on my speaker system. But in a home system, you probably need to accommodate for livability and make some small adjustments to it. My headphones hew pretty close to Harman. Again, a slight tweak with EQ makes them perfect for my ears. Absolute flat in headphones would be a mess.
Last edited: Dec 19, 2019
Welcome to Sound Science. Sorry about your preconceptions.
Never argue with stupid people. They will drag you down to their level and then beat you with experience. -Mark Twain
Amps Sound The Same: Stereo Review January 1987 Pg 78
HD Audio Sounds The Same As CD: Mark Waldrop Real HD Audio / CD Sound Is All You Need
Other Useful Links: AES Audio Myths Seminar / AES Damn Lies Seminar

Yeah, like Scgorg said, flat is better researched and defined only for speakers at the moment, not headphones. My preferences lie close to the Harman curve, with a bit less bass and more treble. But again, that's a preference curve and not everyone hears it the same.

The issue with finding a flat curve to rule them all, is everyone has different ear shapes with different resonances, as well as their own individual brains interpreting the sound. What you hear as an elevated region in the treble, I may hear as even. This is why I use EQ all the time, because I can tune a headphone to my liking with sine sweeps. That way I can hear what frequencies need adjusting for my own personal perceived flat sound. It doesn't always work out though; I try not to mess too much with the upper mids/lower treble (1-3kHz), adjusting that area too much can really mess with the sound in my experience. Even on widely accepted flat headphones like the Sennheiser HD 600, I hear a peak at 14-15 kHz that brings out cymbal overtones, but it's just too much for modern pop and heavy treble mastered music.

I will say the new AKG K371 sounds very, very close to my ideal frequency response in a headphone, It is one of the first headphones to be properly tuned to the Harman curve. I think Sean Olive and his research are really paying off.
Desktop Setup: RME ADI-2 DAC -> Focal Clear MG Pro, Hifiman HE-500, Sennheiser HD58X

Scgorg said:
Now to answer your question, I like what I consider a "perceptually flat" frequency response, which is somewhere in between harman target and DF.
Click to expand...

I also seem to find myself in that zone. I say seem because my measurements are calibrated with a rope and a stick, so maybe I'm not where I think I am ^_^.
What is freely asserted is freely dismissed.

castleofargh said:
I also seem to find myself in that zone. I say seem because my measurements are calibrated with a rope and a stick, so maybe I'm not where I think I am ^_^.
Click to expand...

I prefer a little bit of hype and excitement on both ends of the spectrum. Flat can be lifeless on most playback systems, but if the midrange is presented well it can be amazing.

After more playing with eq and trying quite a few different headphones EQed to Harmon I have settled on Harmon curve plus 6db from 20 to 100ish hz. I think I may be a basshead, but to my ears this sounds inline with my calibrated theater. It's crazy how much each person hears differently.

My preference is actually go for gear and tubes where the music swing and live, over flat frequency response.
So my gear is not very linear, and not 'HiFi' per definition.
J

Is there a tutorial (video) or a post here how to setup EqualizerAPO?

SantinoSan said:
Just discovered EqualizerAPO and WOW! I am using the flat curve (only one I could find) for my HE400 and I like the sound of the EQed cans much better than stock. I thought I would miss the bass and, to be fair, having head shaking bass is nice, but flat, the bass sounds so much less intrusive but still plenty present.

Anybody else discover the beauty that is uncolored sound?
Click to expand...

For Planars flat response is still pretty fun to listen to with the imaging gimmick. Especially with huge drivers.

For Dynamics, I want a derivative of V/U, just not harsh on treble.

This is a great video that goes into why headphone response is missing some components of the response due to your upper-body if you isolate to circumaural compared to speakers. Basically, if the desired speaker response is flat, it will not translate to flat for headphones as there should be compensation due to absense of the effect of upper-body.

With iems I notice it even more at the upper-mids if it's flattened out. It's due to me expecting gains of the ear shape (which are missing as the sound outlet is inside the canal isolated from the ear shape).