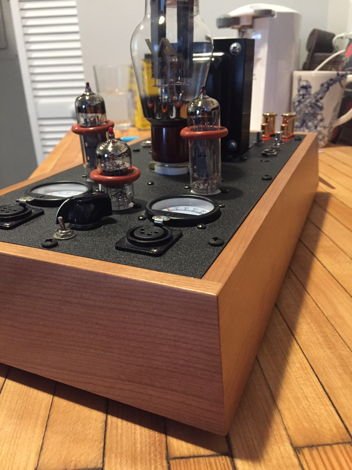 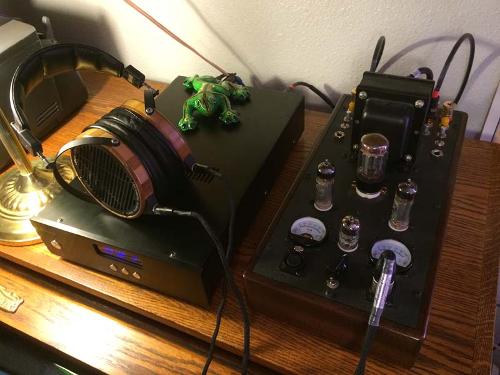 See full thread gallery...
You are using an out of date browser. It may not display this or other websites correctly.
You should upgrade or use an alternative browser.
The Decware TABOO MK 111 Thread

I had to order myself some Phillips El84's to try out after listening to you all.


When I talked to Steve about warranty work and re-certification, he said they go into a different queue than the new orders.  The line is apparently significantly shorter.
Click to expand...


When I talked to Steve about warranty work and re-certification, he said they go into a different queue than the new orders.  The line is apparently significantly shorter.
Click to expand...


Thanks Dave
That info is much appreciated...
Is there any way,I can access this warranty line from their website/forum??
Click to expand...


I have never seen that report online. Probably a phone call to Sarah....
Upgradus Interruptus...

longbowbbs said:
I have never seen that report online. Probably a phone call to Sarah....
Click to expand...

mikek200 said:
Thanks Dave
That info is much appreciated...
Is there any way,I can access this warranty line from their website/forum??
Click to expand...

Yeah, I don't think they have a list because the wait isn't that long.

Might have to try these out too then. How do they compare to the Sylvania?

Might have to try these out too then. How do they compare to the Sylvania?
Click to expand...

To the best of my knowledge,the 5751 is the military version of the 12ax7?
Someone ,please correct me ,if I'm wrong on this??
Click to expand...


Oh this was my mistake. I missed where you had a MK II.

Well,you might be able to???,but,I would definetly check,before you buy.

mikek200 said:
Well,you might be able to???,but,I would definetly check,before you buy.

I'm sure one the more senior members,knows if they{5751} are usable ,on the Taboo III.
Click to expand...

They are not interchangeable... don't do it.

They are not interchangeable... don't do it.

opr8r said:
On the Taboo, I wonder how something like a 12ax7 would sound compared to 6922.  Just a different flavor, or is there something completely different going on here?
Click to expand...

Well, the 12AX7's and their cousins were designed as audio tubes.  The 6DJ8 and its variants were originally video tubes and have a significantly wider bandwidth.

Well, the 12AX7's and their cousins were designed as audio tubes.  The 6DJ8 and its variants were originally video tubes and have a significantly wider bandwidth.
Click to expand...

longbowbbs said:
Steve really does outfit everyone with a terrific set of stock tubes.  I have become a big fan of the stock 6N1P's in the CSP2+. The Genelax 6922 is a great tube for the input position. I have enjoyed the USAF-596's a lot. So far the Philips are showing really well. I have had them playing for about 12 hours now. I got them from Upscale Audio as new tubes. So far so good for sound. I suspect they are going to be a bit airier on the top end. I am using a small Def Tech Supercube 3 for a sub with the Decware DM945's. For speaker listening, I have plenty of bottom end...

I thought the Philips 5R4GYS was detailed but gutless. Almost no bass. It was my least favorite rectifier in the Decware amps.

Let me cut-and-paste my personal notes from this year...

Note: All tubes ranked WORST to BEST. All opinions are my own 2c so no refunds or guarantees final sale only yada yada. I broke them up into tiers which represented notable jumps in sound quality.

Tier two: The steely trio
Sylvania 5Y3GT red lettering - Excellent sparkly detail up top, but suffers from that Philips-esque steely/lack of lushness/soft bass thing.
Tung Sol 5Y3GT - Similar to the Sylvania with slightly better bass but again too flat and sterile. Voices lack the magic. Sort of "hi fi" sounding.
Bendix 6106 - Similar to the above, but a bit brighter up top. Pass.

Tier three: Competent, but unremarkable
RCA 5U4G black base - Decently lush and top-to-bottom tubey-ness, but... meh.
Sylvania 5U4G - Similar to the RCA 5U4G above. A bit darker.
Tung Sol 5U4G - The best of the cheap 5U4G's. Better balanced than the Sylvania, but still unmemorable. Keep looking.

***you are now crossing the DMZ Line of Recommendation***

Tier four: I could live with that... if I had to
Valve Art 274B cryo - Lively soundstage and finally some tubey magic. Bass is a bit light, but not sterile. A good & cheap starter tube, but why stop here?
Mazda 5Y3GB mini coke bottle - Neat-o heater & bottle design. A bit better definition than the Valve Art.
Sylvania 5Y3G mini coke bottle - Similar to the Mazda, although more delicate and distant. Resembles a "polite USAF-596".
Brimar 5R4GY - A little soft on top, but the midrange is truly gorgeous. Bass really pumps. This one is a bit of a midrange specialist, but it certainly creates magic there.
USAF-596 - Very detailed, top to bottom. Also looks cool. Overall excellent. However... there is a subtle lifelessness to it that I do not like. It's slight... but it's there. Enough to make me keep looking. But I think most folks would be happy to stop here and enjoy the ride.

Tier five: The ones I kept
RCA 5Y3GT - Amazingly cheap yet it ROCKS w/solid bass presence and tone. It lacks that final n'th of detail compared to some of the others, but it's hardly a dealbreaker. Lots of personality here. This tube was featured at the Austin 2013 meet & it was very well received.
EML 5U4G meshplate - My favorite. Yeah, it's the most expensive by far, but it beats all the rest in this lineup. Maximum detail and gobs of lush evocative tube magic. The only ding would be that the bass doesn't quite slam with as much authority as the RCA... but it isn't deficient by any means. Especially when paired with a good visceral signal tube up front like the Mullard old shield 1960's/70's E88CC. Ultimately, the EML's finesse is what carries the day. It just gives me the most of what I dig about tube amps. Just be sure to let it warm up for about 30 minutes for maximum effect.

Am I correct that all these tubes types ,can be used on the Taboo II amp?