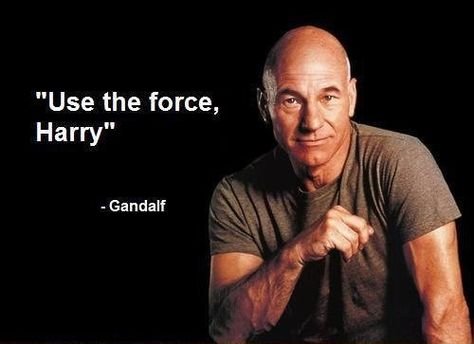 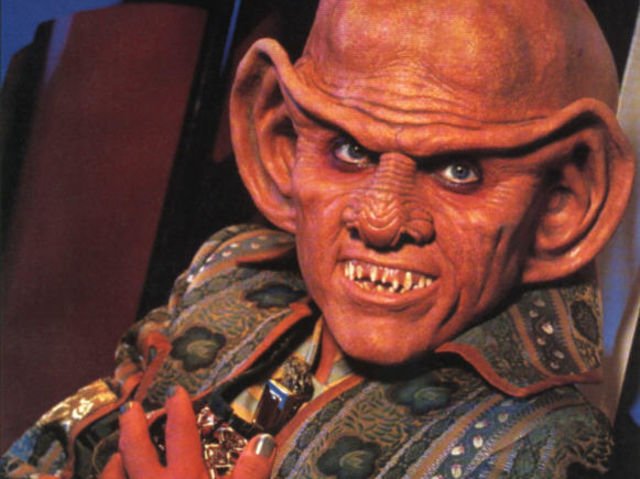 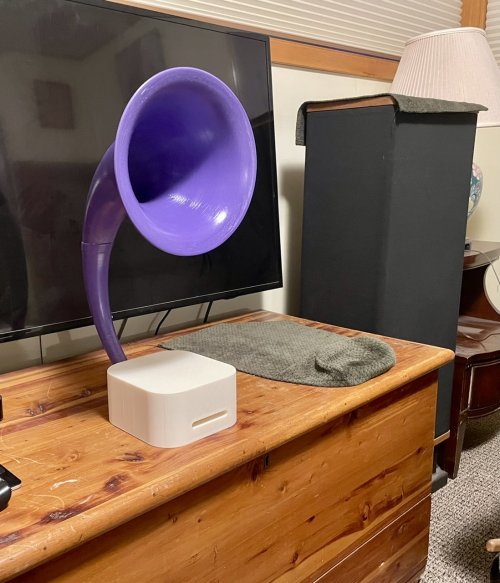 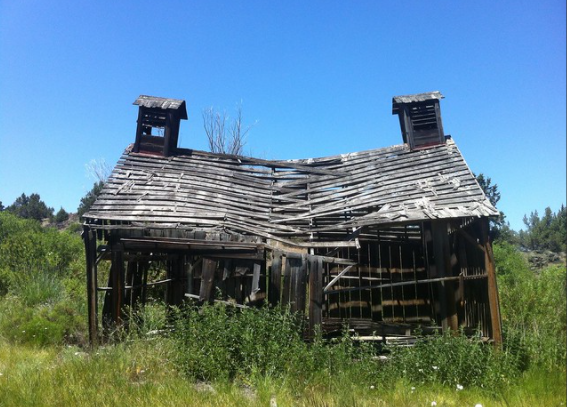 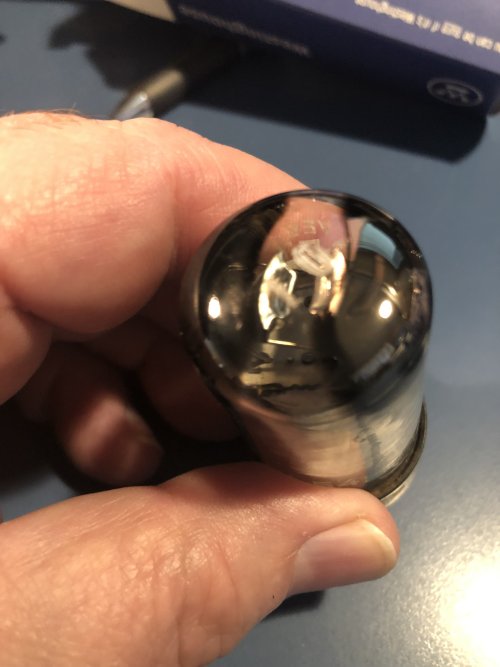 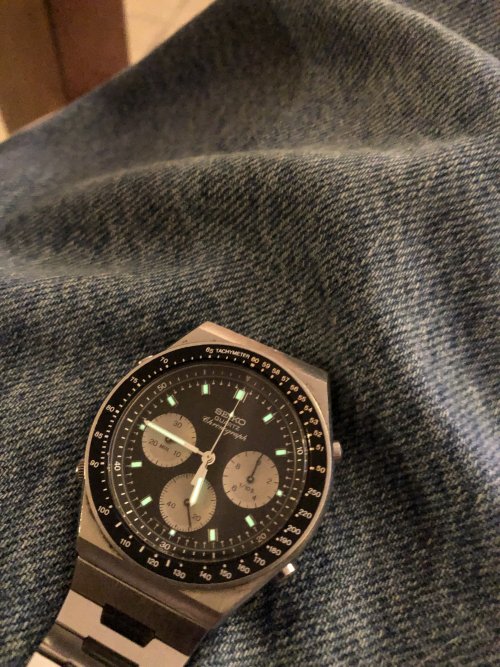 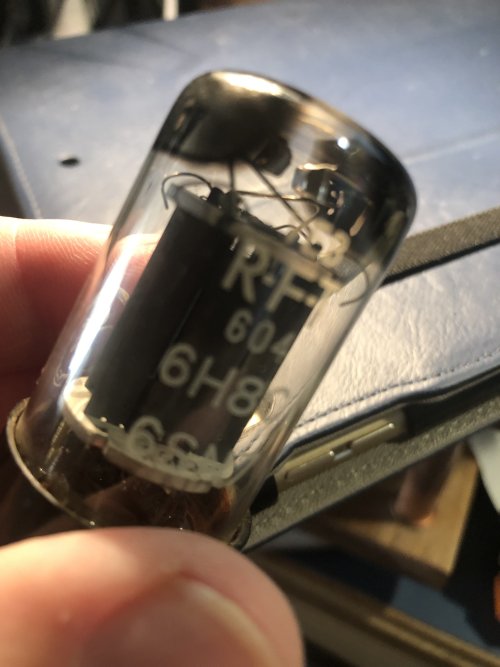 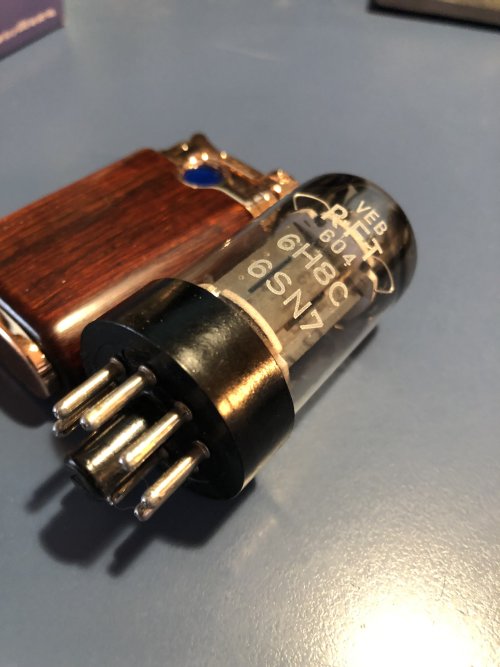 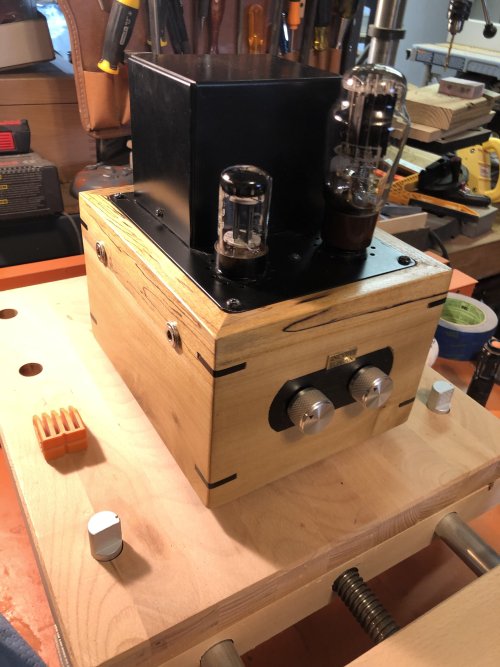 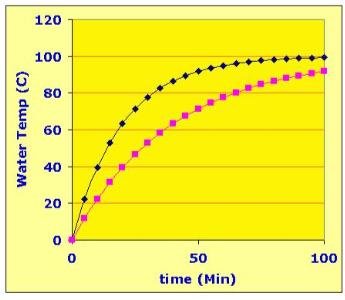 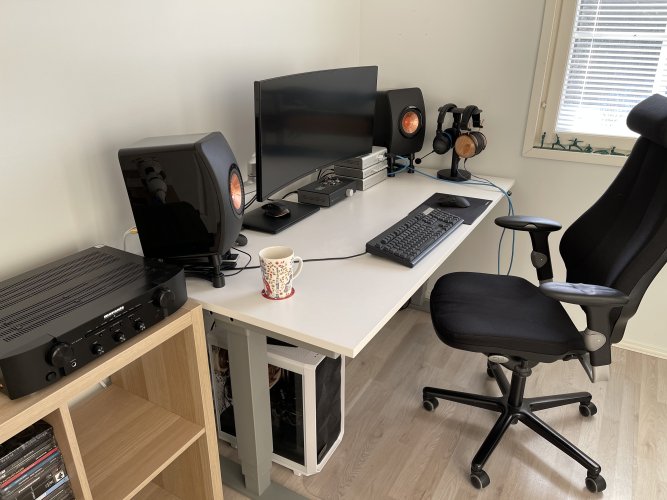 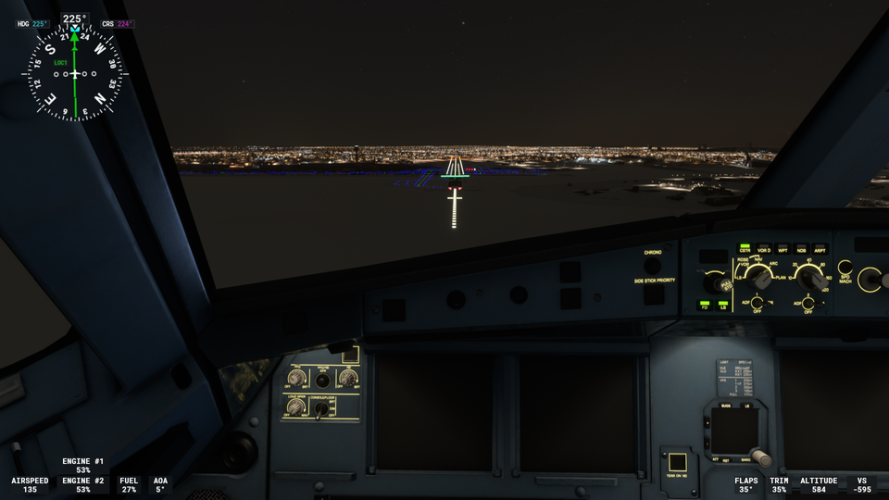 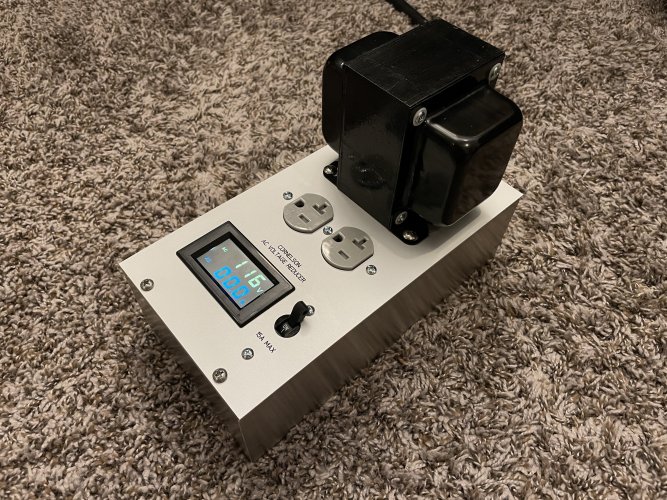 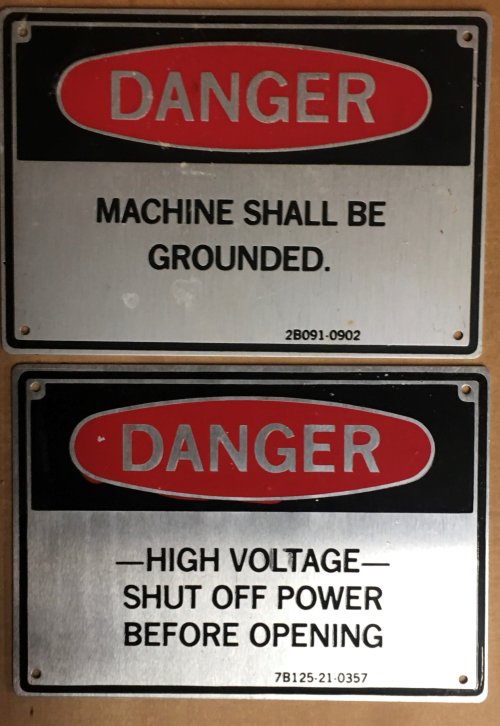 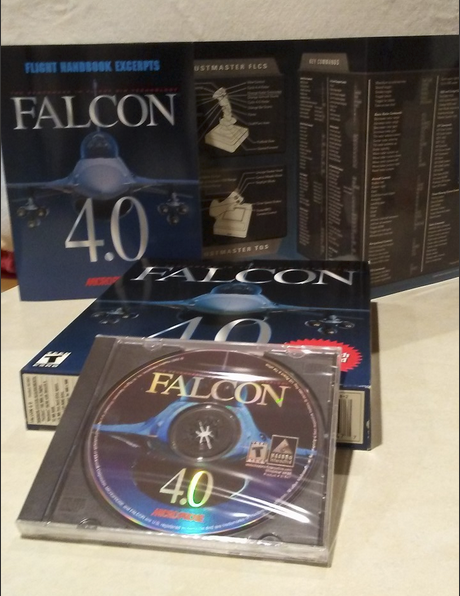 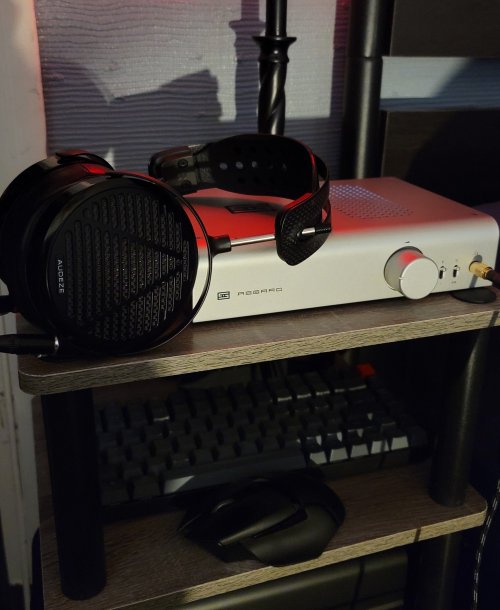 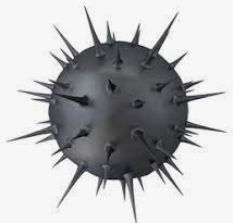 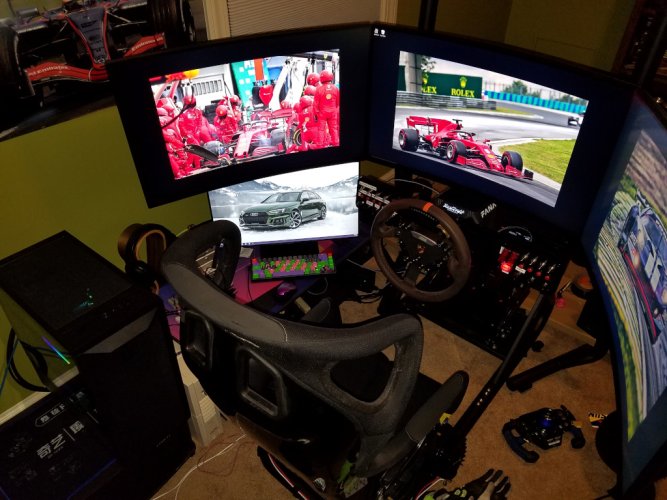 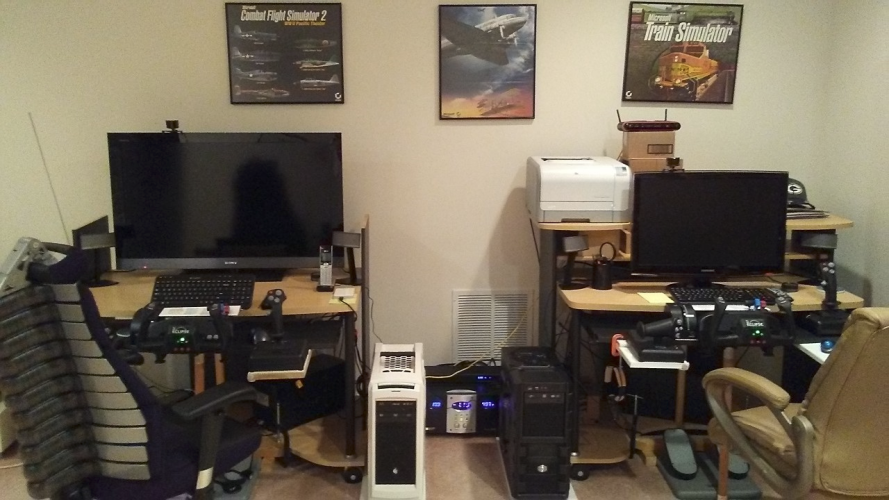 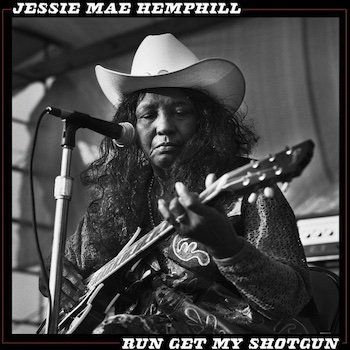 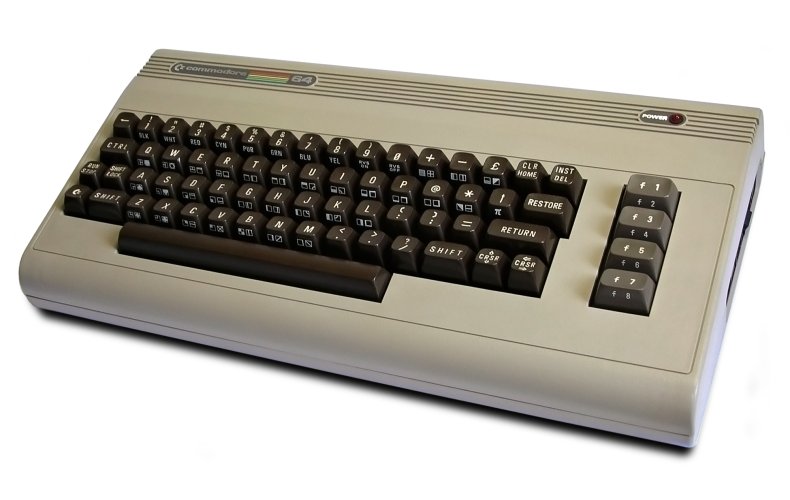 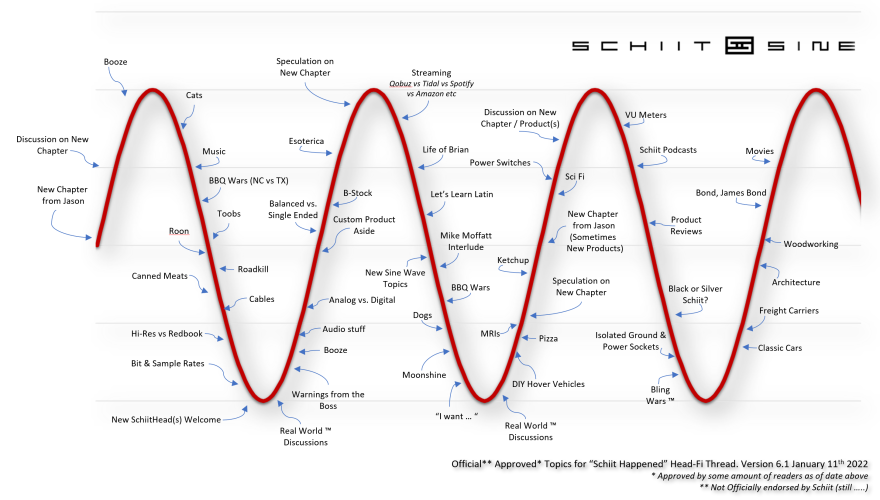 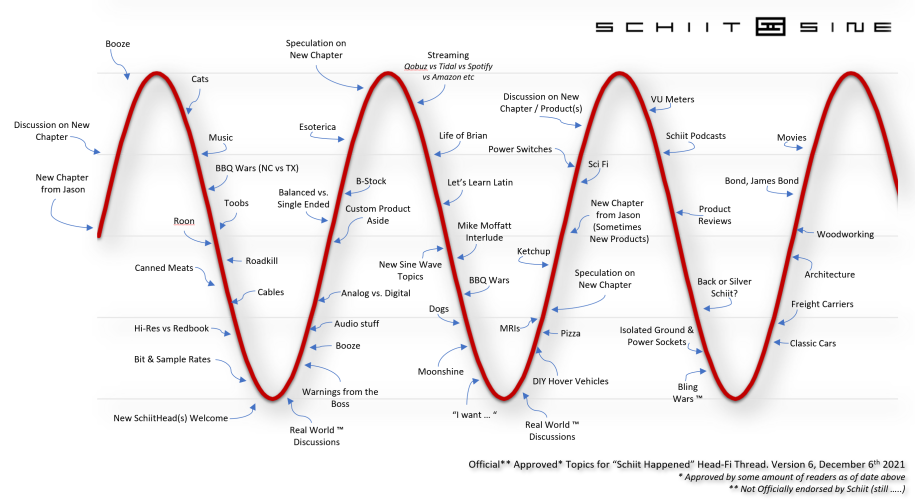 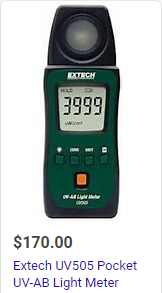 Thank you brother. I won't lie, I bought the Yggy and Rag (which haven't came in yet because the Rag is backordered) but I started to wonder if I missed out because this is relatively cheaper than some of the other dac/amps that I wanted that were well over $5000. However, after reading this, you helped me feel at ease because Schiit really is the best value. I absolutely agree with you, experiences are more important than hobbies!

It's just that the entire Industry was based on the Source, still is.
Click to expand...

I can agree and also disagree with this statement. On one hand you are correct. It went from 78s, to vinyl, to CDs, to mp3s and portable devices, to now a mixture of portable devices and streaming (not counting the small resurgence in retro vinyl), as well as a mix from sources like YouTube and still a few CDs. Thus why media centers, USB DACs, multi-source DACs, and things like integrated AppleAudio or Bluetooth can be welcome for some consumers. Either way...all digital.

However, you forget that to reproduce sound no matter what your source, you need two elements  - speakers or transducers (to move air), and an amplifier (to move the speakers). As well as probably a source switcher and volume control.

Same with recording...you still need microphones to pick up the moving air, a microphone preamplifier to boost the signal to a nominal level for recording. Those things, as well as speakers and amplifiers will never, I mean never, go out of style. There might be more innovations, greater efficiency, better specifications, specialty applications, and a host of other reasons to improve upon any sort of transducer and amplifier, but those two principles are the most basic and essence of audio reproduction.

we never felt that we were Audio Industry people. We were Scientists working in Industry, it made no difference which Industry we were in.

Now-a-days we rarely talk about those years which started off being a thrill like a very tall RollerCoaster, which got faster and seemed Scary, it picked up more velocity and became terrifying, we were accelerating to infinity ( it seemed ).
Click to expand...

These other two things you said rang out to me as the most important. You began to dabble, you hit on something big, and it avalanched, but that was never quite your initial intention and something that you felt controlled you rather than the other way around. I think this happens mostly when something is not quite your full passion and why it was easy to drop. Meaning, you were passionate about audio, but not so much growing a retail empire that kept building nearly beyond your limits - that was not your initial intention, but I am sure that roller coaster was fun while it lasted.

You went out on top in and industry that you only bargained for a smaller piece of the pie, but rather cash out rather than drain it slowly over time and fight it. I get it. And I don't think anyone faults you for it. Certainly not me. And I appreciate your explanation.

I will say that I don't think it was CD, but that is something that scared you out of it - like a wake up call. Looking back it seems like the right decision, but CDs did not kill the hi-fi business. It collapsed under its own weight. You got in when it was getting hot, and got out before the bottom started to fall out. Places like Circuit City and host of others had to learn the hard way.

And the bit about bank loans, credit cards, etc. is likely the reason why Jason does not want to grow too fast. That gets you into trouble. I don't agree with Dave Ramsey's politics, but the only real sustainable way to grow is by your bootstraps. You just gotta know where that breaking point is and where to reinvest. Grow smarter, not harder.

Big Sound 2015 established the Sennheiser HD800, Stax, HE1000 and the Mr.Speaker as the Gold Standards for Transducers.

Uh-oh, Shure enters with their Electrostatic IEMs, being launched in Tokyo today!

Shure in Chicago, right here, these are our people.

Jude is there promoting the hell outa these things with their little Amp/Dac. $3,000 US  He's got a 20 Minute explanation of the product, a typical Jude video ( high production values ).

If he's right,  we can now have Top Level Audiophile performance whilst sitting on a Sand Dune watching the Setting Sun.

He's using the AK240 as Source but reports it as having the ability of having the Yggy as source or a Phone ( for that matter ).

Well, here we go, into a new World where we've never been.

And, it's from a responsible Manufacturer with 75 years of Integrity and the knowledge plus skill sets to deliver reliable product with Global support.

Just as Multi-bit is getting traction, Shure brings us this sort of thing!

Normally, Jude's videos are fluffy nonsense shil'n,  this one is well worth watching but be warned: Buckle-up!, you're going into the Future.

If he's right,  we can now have Top Level Audiophile performance whilst sitting on a Sand Dune watching the Setting Sun.

We are within sight of having Ingred Flirter's Live performance with the DSO being Broadcasted with a Million folks tuning in, all in high resolution format, playing thru Stax level Transducer Systems, to us, where-ever we happen to be at that moment.

In the 1950s we could listen to the World Series Baseball on our little transistor radio, we had WJR AM Clear Channel 760, in the Golden Tower of the Fischer Building.  Audio quality was dismal but we could be there, play by play and we were, it was thrilling.

Now we are about to have Superb Quality anywhere, it's thrilling to watch it unfold, inflate and open up, we've come a very long way.

A beautiful Concerto Performance, in a shirt pocket.

Consumer Audio is Flowering into something Great!, for everyone!

We have a saying: "the only reasons something doesn't sell are that it's either priced too high or nobody knows it's for sale" !

And if I'm a Sliver in the Audio Press's finger, Schiit is a D90 Catipiller Dozer to the Audio Electronics Industry.


Schiit has contributed something very special to the audio community. These multibits are not your average DAC. I like the D90 Cat analogy.

I think so too.

There's something special happ'n here, I got a feeling this is a "Break-out" Company.  They're definitely "The" people to watch.

There's no letting up now, Audio is a-popping.  We're in fer it.  I think we're gonna get hit by successive waves of innovation, pheeeeeeewwwwww.

Spect that 8 Billion in Headphone Sales is gonna look minute in a couple three years. I hope I'm still breathing to see it.

The headphone industry certainly has seen expansion for quite some years now with no sign of ceasing.
As long as I can have my electrostats

*Only equipment that I often use is mentioned, rest is in my lists*

Tony- a friend of mine has a Tesla automobile. He got the software upgrade last week, and was able to let his Tesla drive itself from Santa Fe down the highway to the Albuquerque airport, and then back again (I do not know that he turned left at Albuquerque). The driverless cars are here, now.

Tony- a friend of mine has a Tesla automobile. He got the software upgrade last week, and was able to let his Tesla drive itself from Santa Fe down the highway to the Albuquerque airport, and then back again (I do not know that he turned left at Albuquerque). The driverless cars are here, now.

PS- The news from Shure is exciting too.
Click to expand...

Yeah I heard about that. I've also heard about the same cars that have veered into oncoming traffic because the software thought that a car in the opposite lane was a car that it should follow. Driverless cars imho are still not here yet.

Driverless is here, kinda, Google just did a Cross-Country in theirs, the Tesla is equally "our Future today".

If the USA is a Machine, it's a machine that runs on Oil & Fossil fuel of which there is only a limited and known quantity of.  Now, we have to share that remaining bit with China and all the other Emerging Third and Second World Countries.  Supplies are gonna thin out when I'm in my 90s .

30 Years ago I was selling Record Players, phew, look how far we've come.  Today, my grandchildren don't know what a 33 LP looks like. ( 33 LPs are made out of Oil )

Today were planting Wind Generating Farms in the Windy States and Solar Farms in the Sunny States.  It's a Gunless Revolution underway.

Yeah I heard about that. I've also heard about the same cars that have veered into oncoming traffic because the software thought that a car in the opposite lane was a car that it should follow. Driverless cars imho are still not here yet.


Sent from my iPod touch using Tapatalk
Click to expand...

I won't argue with you about the trustworthiness of driverless cars. The problem is that cars with drivers aren't always reliable, as people seems to spend far too much time talking and texting.
Oppo BDP-93 > Schiit Yggdrasil Analog 2 DAC > McIntosh C-46 Pre-amp > Schiit Vidar (x2) > B & W 805D + JL Audio E112 Subwoofers (x2).

kstuart said:
Maybe someone can start a separate thread "Everything going on in the world today" ?   Thanks.
Click to expand...


I was catching up, wondering "what's this thread about?", seems to have been off the rails for a while now.
It's all a matter of taste, some people have it others don't.
You must log in or register to reply here.