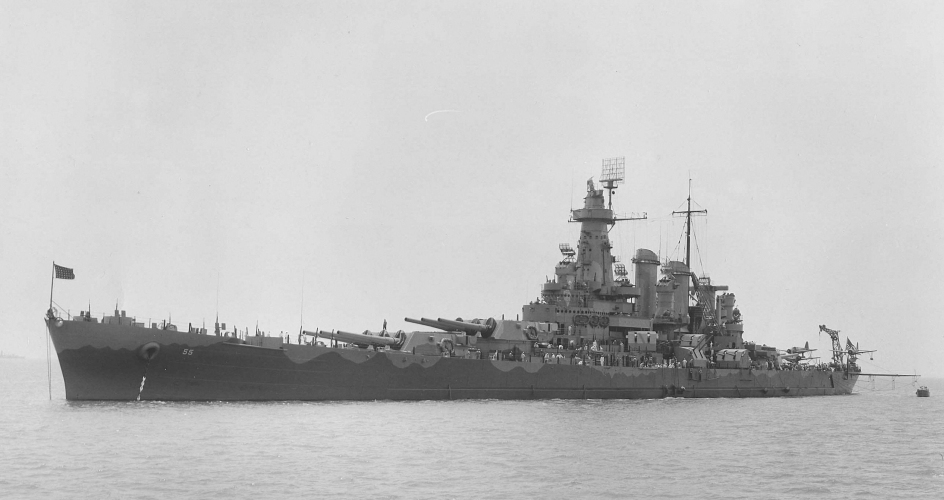 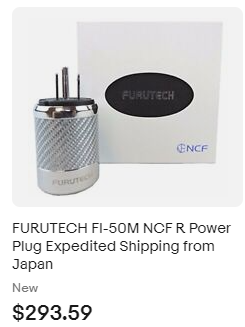 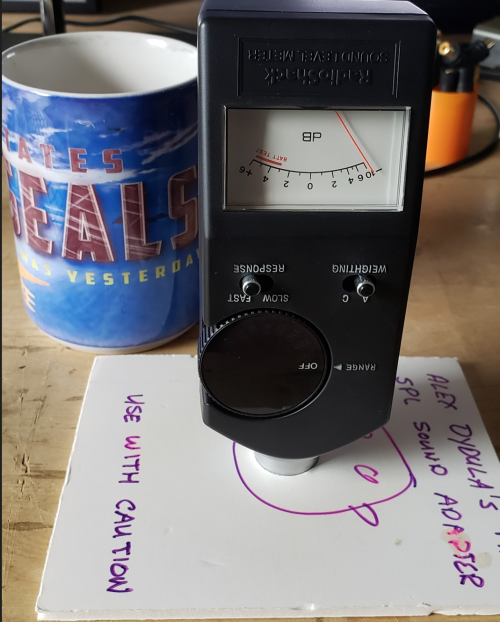 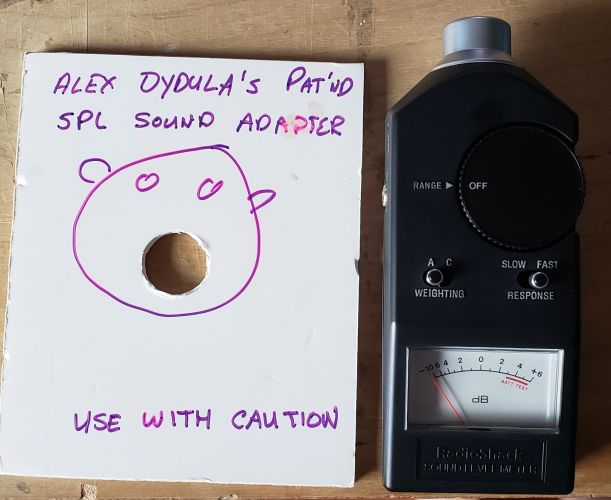 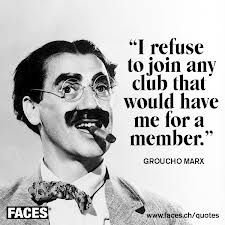 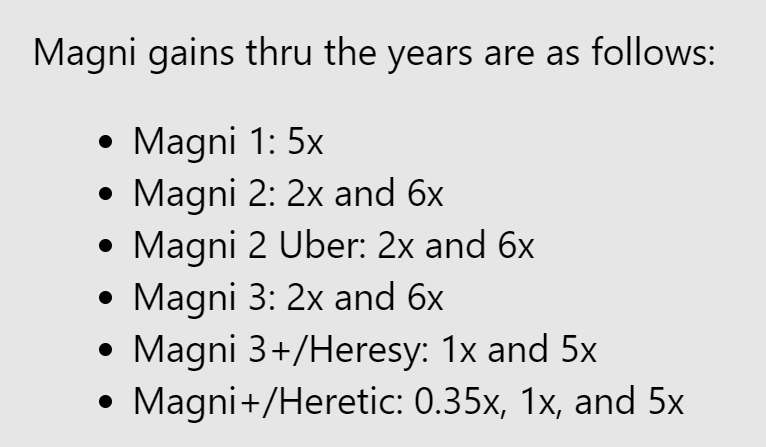 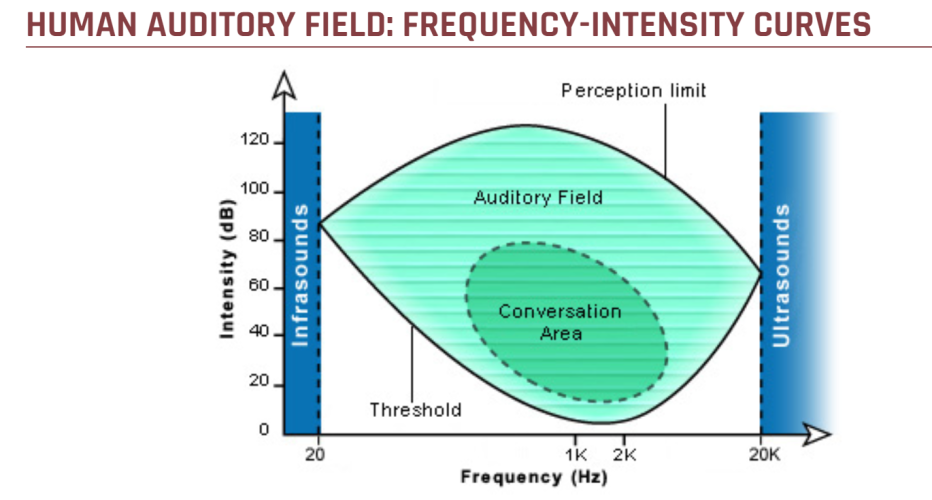 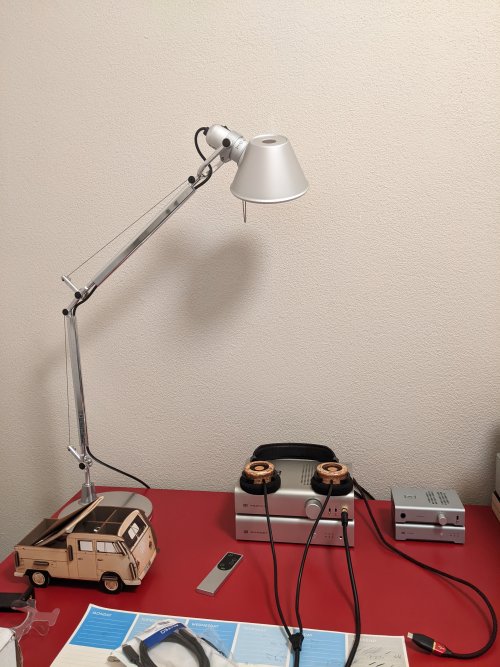 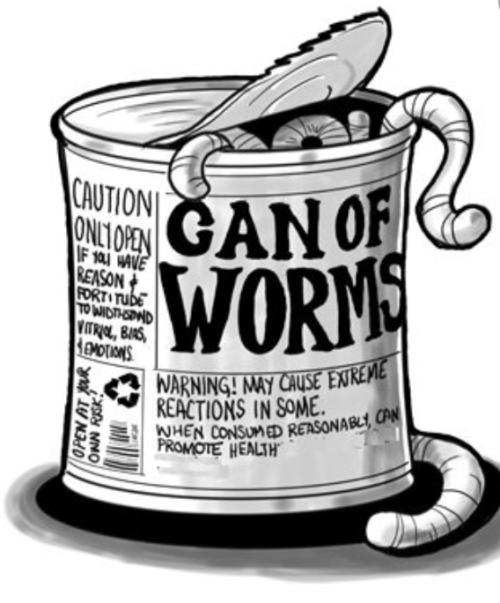 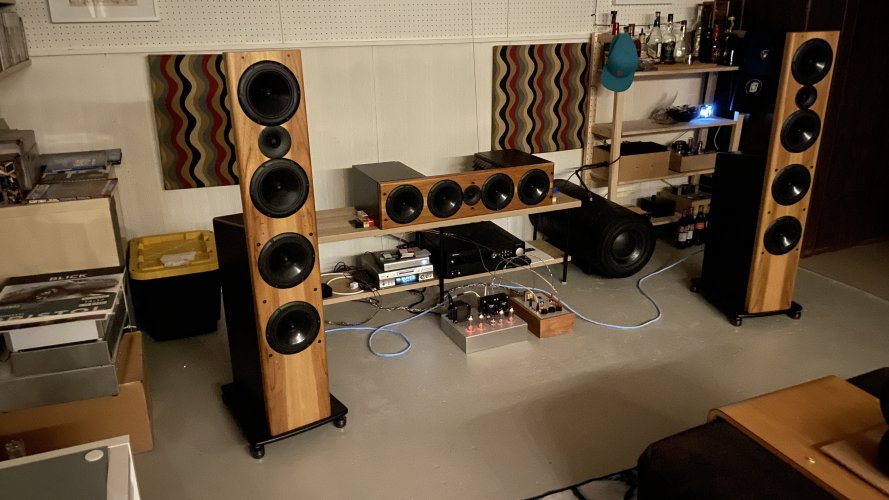 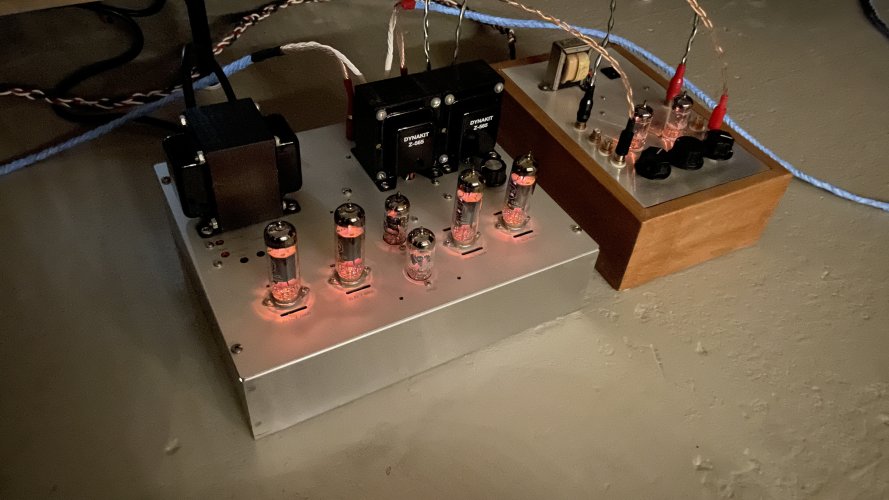 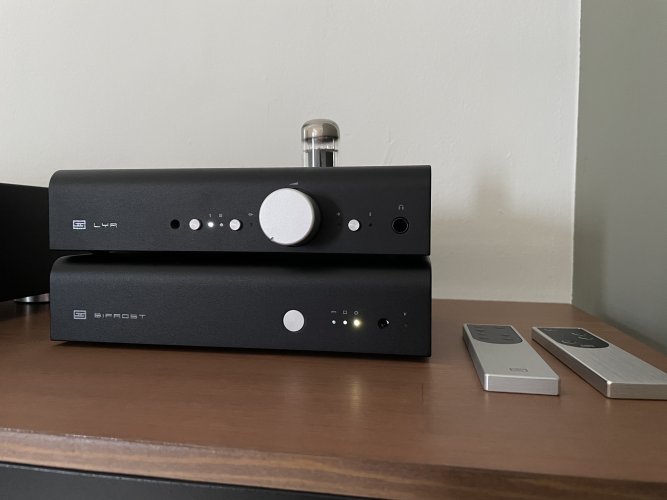 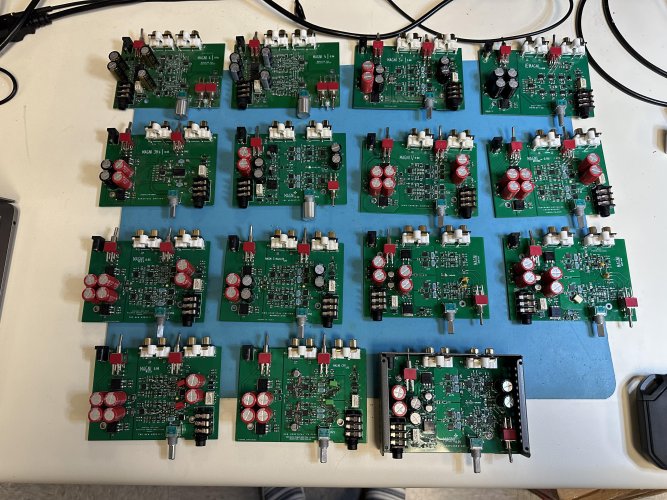 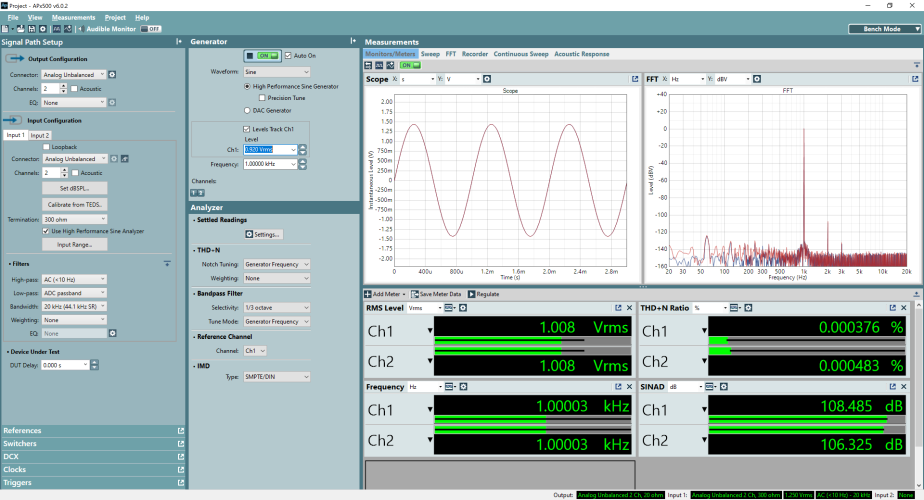 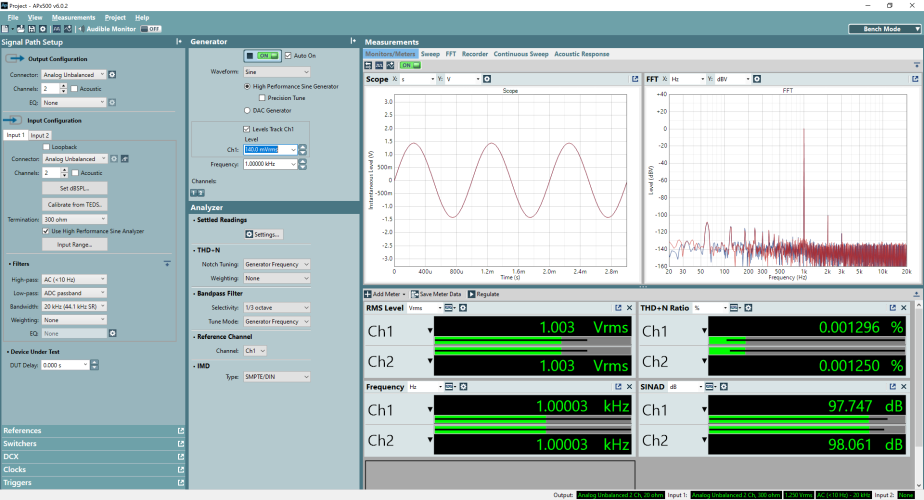 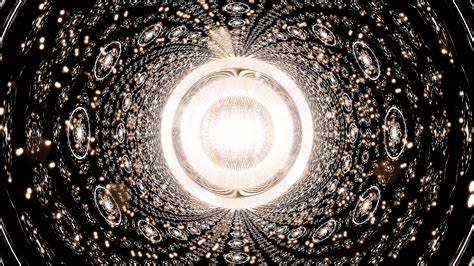 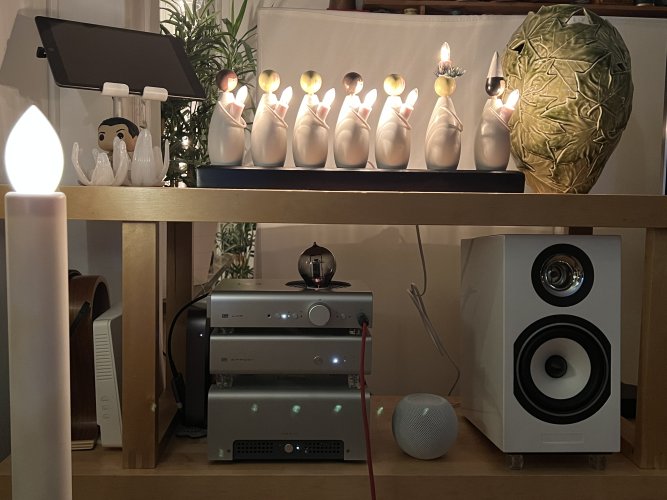 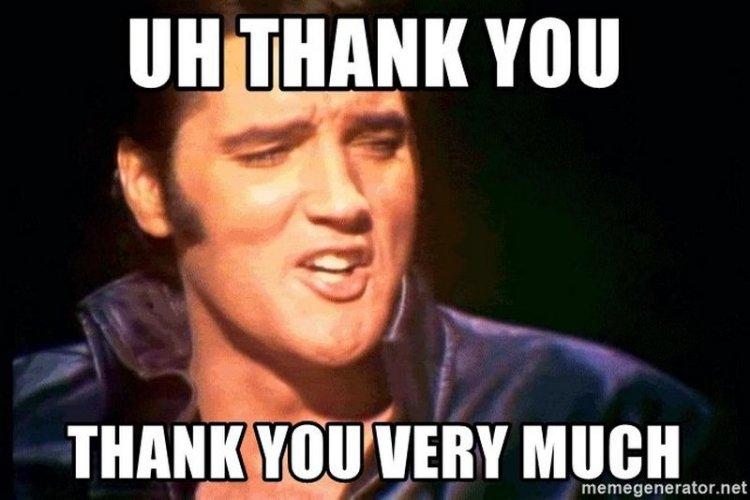 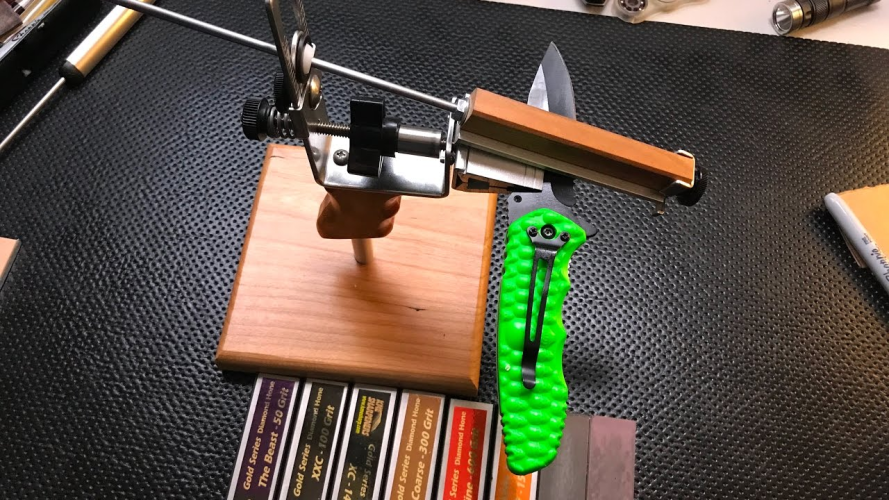 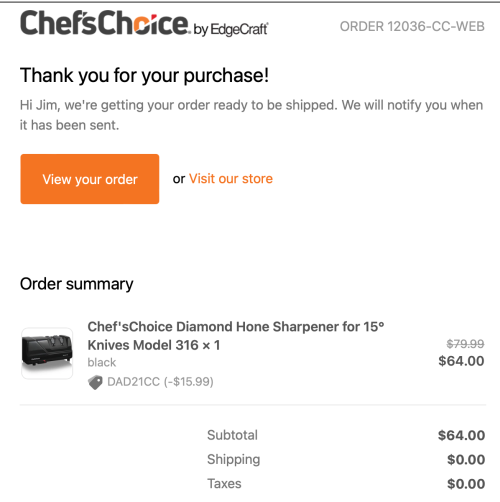 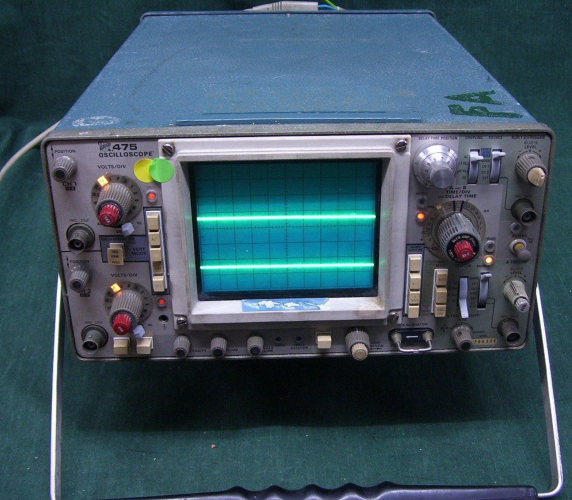 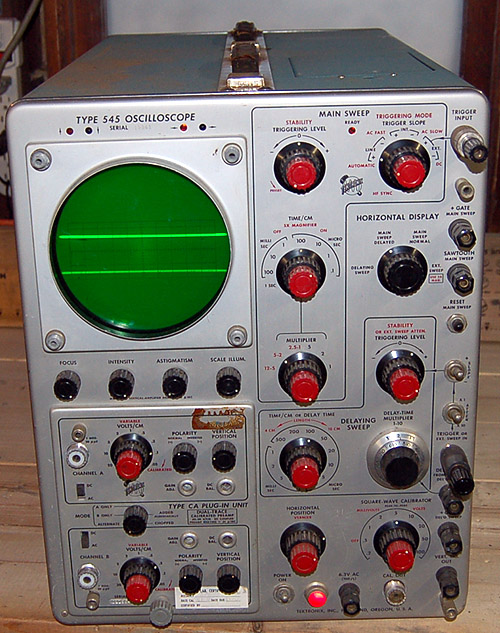 I know the discussion has moved on to be about the new products announced today but I've been away from head-fi for a little while and I wanted to share my experience discovering Schiit, and now seems an appropriate time given my story.

I always loved good audio but hadn't bought into it because the costs were high. I discovered Steve Guttenberg's Audiophiliac blog and loved it mainly because of how often he would cover affordable audio gear. Two of the reviews that stood out to me were for the original Magni/Modi combo and the first generation Hifiman He-400.

During my first year at university, I faced a lot of academic challenges. At the end of that year I dropped out and took time off to figure out what I really wanted to do. Until then, I was mostly just doing what was expected of me. The two years that followed were transformative. I worked for a while, and took classes at a junior college to pursue my passion (philosophy) and fullfill the requirements necessary to transfer into a new university and start over. But it also required leaving all my friends, feeling like a failure, and spending lots of time by myself. It was a pretty difficult time overall.

Right around the first Christmas then, the He-400 went on sale for $300. I had money saved up from work so I got bought pair along with the Magni/Modi combo. I hadn't heard any of them when I made the purchase, but I loved every piece. I would usually come home pretty depressed, put on my headphones and listen to music. I discovered a lot of albums, and the catharsis it brought cemented my appreciation for audio.

I actually didn't buy more Schiit gear for a long time because my interest in two channel audio grew tremendously, and at the time Schiit didn't have any two channel gear. When I finally transferred to my new university (UCLA, go Bruins!), I put together my first (super cheap but respectable) two channel system (Pioneer SP-BS22-LR speakers and a <$100 Sherwood receiver). I would use the same Modi from my headphone rig for music. Even the 1.5V output was actually too "hot" for that receiver and I would have to use digital volume attenuation on my computer to avoid significant clipping.

After I graduated, I took time away to focus on losing a significant amount of weight (about half my body weight) before taking my next professional steps. This was probably the most difficult time in my life. So as you can imagine, I needed a new audio system. Schiit had finally released some proper 2 channel gear, and I went all-in. I bought Saga and Vidar to power a new pair of KEF LS50s. It felt strange spending that amount of money but I had it to spend since I continued working throughout my time at UCLA. I have never once regretted the purchase, because I use it pretty much every single day and I love it. I used a couple different DACs but always cheap ones while waiting to get a Bifrost. By the time I had the money to spend on Bifrost though (about a year ago), I figured I'd wait for an update. I also bought a Modi 3 (which I absolutely love) to hold me over.

During the time I was losing weight, I also figured out what my calling was and applied to graduate school. I wanted to get Bifrost as a back-to-school gift for myself. Yesterday was my first day of class. So, Jason missed it by 24 hours; But, I've been following Schiit long enough to know that making deadlines isn't their specialty. The Bifrost is the last major piece in this system that has literally been coming together for a few years, and I'm excited to have it as I start another new chapter in my life.

The Modi and Magni are still on my nightstand next to the He-400.

RCBinTN said:
I bet it feels odd to have 200+ folks editing your web site information ...
Or maybe you're used to it, eh Jason?

I blocked out this day so you guys can help me catch the errors. I was so proud of remembering the guides...and then we get "O" and "tubes" and "watts" and all kinds of other wacky stuff. Thanks for letting me know!
Read the complete story of Schiit Happened at: head-fi.org/threads/schiit-happened-the-story-of-the-worlds-most-improbable-start-up.701900/
Questions? Email info@schiit.com (for general and tech stuff) or orders@schiit.com (for, like, orders.)

Jason Stoddard said:
So we can install the bootloader for the microSD card. The final programming of each Bifrost 2 is actually done via microSD here at the shop--literally the same as you'll do if you ever need to change the firmware.

Interesting, thank you for those details!


caenlenfromOCN said:
I thought that might be the case, better safe than sorry I agree!
Click to expand...

I once shipped a Jotunheim back to Schiit and didn't have the original packaging anymore. The power switch broke in the process. Never again!


ashirin said:
I second @Rensek suggestion that you create an Uber remote that will work with Saga/Freya and Bifrsot (as well as the other DACs in the future).
Click to expand...

I prefer plastic remotes because they are lighter and I don't have to worry about damaging something if I'm not careful with it, so I just use a universal remote with everything Schiit. I like the Harmony 665 in terms of look & feel, but the setup process can be a nightmare if a product isn't in Logitech's database. I spent weeks going back and forth with their support to finally get volume up/down working with the Ragnarok 2. Using the learning function alone only let me change the volume one click at a time.
With the Inteset INT-422 it just worked. No computer required, just a few awkward codes to learn another remote's buttons, done. It doesn't look and feel as nice as the Harmony 665, but I'm glad I have it.


Maishar said:
Question though, any plans on an upgraded/cheaper Jotunheim? FYI - the Drop THX AAA 789 (and the Monoprice Monolith THX) is stealing a lot of potential customers.
Click to expand...

Eh. I sold my 789 and kept the Jotunheim. The 789 is decent with balanced input and headphones, but overall is pretty overrated, I think. At its best, it sounded as good as the Jotunheim to me in terms of characteristics that I can put into words, though somehow the Jotunheim still was more enjoyable to me. In terms of looks and heft the Jotunheim definitely wins, and it can be used as a preamp, too, if needed. I suppose it's easier to put stuff on top of the 789, if that matters. Neither are the best amps I've ever used.
Digital, solid state, subjectivist

ashirin said:
Jotunheim is actually my favorite Schiit headphone amp (I'm not really counting Rag 1 or 2). I know most people prefer Lyr 3 but I love the weight that Jot lends to music. So a better version down to line would be great but I would have literally no hesitation getting it now. The idea of pairing it with a Bifrost 2 is drool worthy. It would be a tough sell to go that route when the built-in multibit card is $500 less than Bifrost 2, but one can dream anyways.
Click to expand...

Jot is my favorite too - glad you asked the question about possible update!. I also noticed the new competing amps that have come out since the Jot, but none of them have the features to match...

Member of the Trade: ETA Headphones

Does the new asguard 3 allow me to select my preout when I have headphones plugged in? Website says something about muting.
Understanding the glory of tubes.

Can you make a headphone amp card for the Bifrost 2?

Next up...an updated (or “higher end”) Mani to coincide with the release of the Sol...(pretty please?)

Just in case you guys were thinking I was kidding about eliminating upgradability in Bifrost, here's the original Bifrost 2 board. Note no upgradability, nope, nada, zip...and Gen 5 USB input. 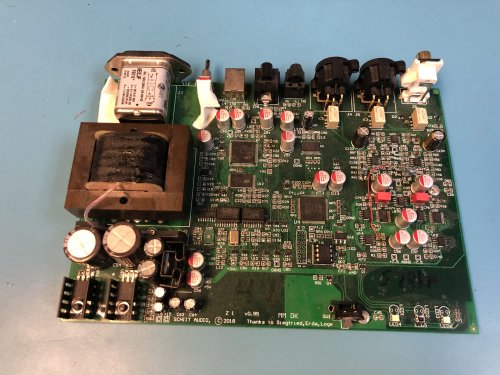 Later, we did a run of prototypes with 3D-printed plastic chassis to test form and fit. The small bits like brackets were done on our in-house printer, the bigger chassis were sent out for FDM. 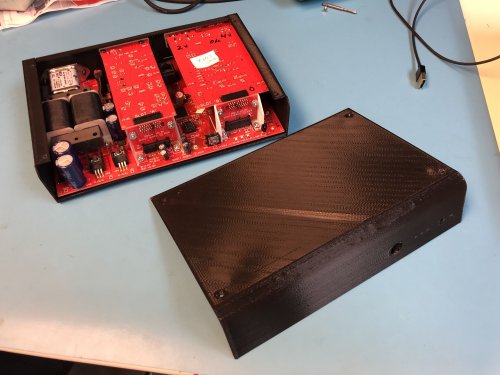 Read the complete story of Schiit Happened at: head-fi.org/threads/schiit-happened-the-story-of-the-worlds-most-improbable-start-up.701900/
Questions? Email info@schiit.com (for general and tech stuff) or orders@schiit.com (for, like, orders.)

The Life said:
Next up...an updated (or “higher end”) Mani to coincide with the release of the Sol...(pretty please?)
Click to expand...

Gazny said:
Does the new asguard 3 allow me to select my preout when I have headphones plugged in? Website says something about muting.
Click to expand...

Yes, it mutes preamp outs when headphones are plugged in.
Read the complete story of Schiit Happened at: head-fi.org/threads/schiit-happened-the-story-of-the-worlds-most-improbable-start-up.701900/
Questions? Email info@schiit.com (for general and tech stuff) or orders@schiit.com (for, like, orders.)

I'm also interested in a comparison between the DENAFRIPS Ares and the Bifrost 2 since they are both at the $700 price point. The Ares has been getting great press lately, which I'm sure the new Bifrost will,as well.
C

PioBeer said:
I'm also interested in a comparison between the DENAFRIPS Ares and the Bifrost 2 since they are both at the $700 price point. The Ares has been getting great press lately, which I'm sure the new Bifrost will,as well.
Click to expand...

I don't think it's that simple, all depends what you are pairing each one with. Denafrips tends to not do so hot on E-states I have heard, but does well with dynamics. Not sure about planar. I know Chord dacs supposedly do best with E-stats regardless of price. Won't know until you try though I suppose
Headphones: Philips SHP9500
Amp/Dac: Schiit Asgard 2 / Schiit Modi 3
​
M

With Bifrost 2 now out, why would someone buy a Gumby? Where does the Gumby pull ahead of the Bifrost 2?

mvn1 said:
With Bifrost 2 now out, why would someone buy a Gumby? Where does the Gumby pull ahead of the Bifrost 2?
Click to expand...

For the same reason as to why someone would buy Yggy over Gumby
Roon on NUC -> Mercury with Sbooster -> Sonnet Pasithea -> Eddie Current Zana Deux Super/ECP DSHA-3F -> ZMF Ironwood VC/ Ziricote VO
You must log in or register to reply here.