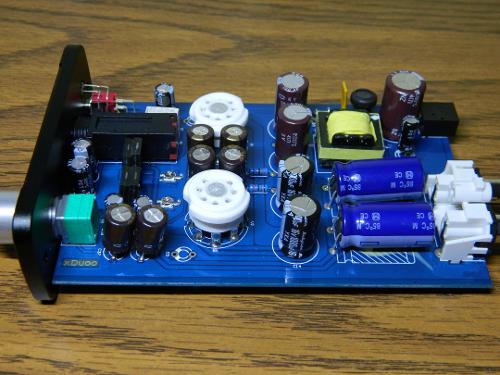 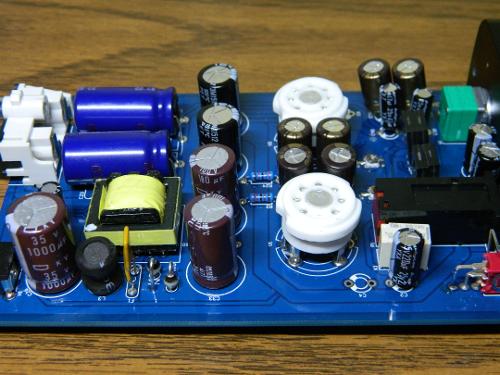 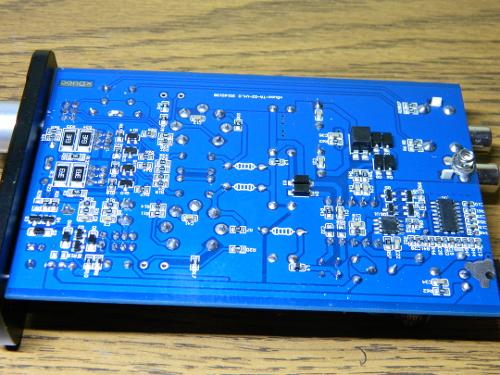 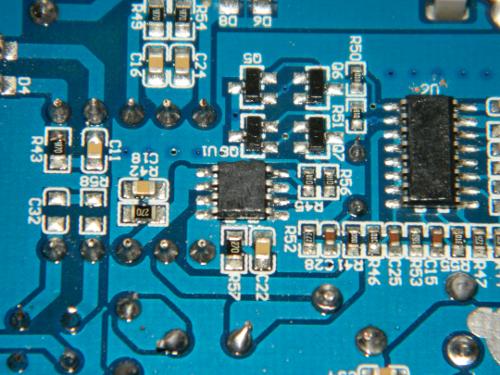 You are using an out of date browser. It may not display this or other websites correctly.
You should upgrade or use an alternative browser.
Review: xDuoo TA-02, yet another great budget Tube amp

This review is based on the amp with 2 Mullard 5654 tubes, as one of the stock Chinese tubes failed after only a few minutes use. This does alter the sound, and I will say for the better as the stock tubes sounded thin and lacked body in the lows. Packaging, Build Quality and Accessories:
Packaging is very neat, a white box with foam inside, the amp is tightly held in place and the tubes have little cut outs to sit in too, you have to install the tubes yourself before use. The power supply is also neatly held in place, and an instruction manual is the first thing you see when you open the box.

Build quality on the whole is good, the finishing on the body is perfect, it feels sturdy, the tubes have protectors (took them off as it's easier to swap tubes) the volume pot moves smoothly and the RCA inputs also feel strong. The 6.3mm headphone output is gold plated and the jack clicks in tightly, the on/off switch is a nice metal switch and there are 4 rubber feet attached to the bottom of the amp.

Accessories are not any really, only the power supply. Nothing else. But as it's a desktop amp there is no real need for any other accessories, maybe a 6.3mm - 3.5mm adapter but most people have one already. Sound:
The TA-02 has quite high gain, and is not variable, it is also a hybrid tube design with a tube input stage and op-amp output stage.
This tube amp has speed and clarity yet has the lushness and smoothness of the Mullard tubes, it has quite high gain and is more suited to more difficult to drive headphones like the GMP 400 and others. Vocals really come forward and capture your attention, the lows are very smooth and highs are never harsh or bright. Soundstage wise it depends on the tubes, but these Mullards have a very holographic and 3D soundstage with great accuracy.

Details are not thrown in your face and the sound is very articulate. This amp is very well suited for power hungry headphones that need the sharper edges rounded off, the GMP 400 is a great headphone but can sound a little harsh and lean if not driven properly, and the added tube warmth is very welcome. This amp does not take away the detail that is present, it just makes them not as in your face, smoother overall.

There is a little bit of audible hiss, but is only present on very quiet/silent passages in music and I do not find it detracts from my overall listening enjoyment. This is not the most versatile amp around, nor is it wire with gain, but what it adds to certain headphones is great, it only has RCA in puts and no outputs to use it as a pre amp, it is just a headphone amp and at that it is great. Pair it with some already warm headphones and you may be mistaken for calling this amp muddy, but pair it with some neutral/brighter headphones (Grado's, Beyers, German Maestro's)  and you get great results. This amp's gain is too high to be used with sensitive IEM's.

I highly recommend tube rolling if you decide to purchase this amp, for around $20-30 you can get a nice pair of Mullards which are a big improvement on the stock tubes.

I would recommend this as a nice looking, powerful yet small desktop tube amp, it does what it says just fine. In terms of how it compares to the competition I only have the Bravo Audio Ocean which is priced nearly the same (xDuoo $117 - Bravo $129.99) the Ocean has more inputs and outputs, and also sounds slightly smoother and quieter (less hiss) overall but the differences are not huge and considering that an upgrade to the stock tube is highly recommended the xDuoo is a great deal for a small tube amp, a great starting point if you don't know if you'll like tubes, and a nice alternative to the all too often mentioned Little Dot amps. I wanted to ask if you have looked into the DAC/tube amp version of this, the xDuoo TA 01, because I would really like to know if it is worth getting. I also wsih they had this product closer in the states because I hate waiting that long to get something. Please let me know because I will be using this product or the TA 01 weith the DT 990s and the soundMagic HP100, also the DAC chip that comes on the TA 01 is the wolfson 8740
Desk: Denafrips Ares Balanced DAC-- Meier Concerto/NFB 28(amp)/ ALO PanAm---ZMF Walnut Omni's/ AR-H1/ M1060 v2(modded)
Away from desktop: Fiio x5 lll--PB2/Meier 2Stepdance---Audiofly 1120 or Acoustic Research AR-H1
OTG: Fiio X5 lll---Ibasso pb2/Meier 2StepDance---Primo 8/ES SM64
http://valid.canardpc.com/ghs53z

Well the TA -01 that I was looking at runs for around the same price as the Aune T1 for around 165 or so. I know the Amp that you review runs for around 105$ where I have looked. So about a 60$ difference and both can drive similar headphones, and I know the dac used on the TA-01 is the wolfson 8740 which I know is put into some decent products from DACs to DAPs but also I am sre there is some rotten egg's.
Desk: Denafrips Ares Balanced DAC-- Meier Concerto/NFB 28(amp)/ ALO PanAm---ZMF Walnut Omni's/ AR-H1/ M1060 v2(modded)
Away from desktop: Fiio x5 lll--PB2/Meier 2Stepdance---Audiofly 1120 or Acoustic Research AR-H1
OTG: Fiio X5 lll---Ibasso pb2/Meier 2StepDance---Primo 8/ES SM64
http://valid.canardpc.com/ghs53z

only review I have really read on the TA-01:

Looks alright and again it's budget so no-one expects miracles, but should be fine. Just remember to get a better tube

ostewart said:
I have not heard it but it is slightly cheaper so don't expect great quality. You might be better off getting the TA-02 and separate DAC. what's your budget?
Click to expand...

Bought mine yesterday with a DT880 250Ohms. Didn't bother to even use the given stock tubes(audit the amp with stock tubes and find it too bright) and went on with a pair of Russian tubes. Overall serve its purpose and drives the 880 well.

Will try with Mullard tonight if have the time.

I would rate it as value for money.

kurenai19 said:
Bought mine yesterday with a DT880 250Ohms. Didn't bother to even use the given stock tubes(audit the amp with stock tubes and find it too bright) and went on with a pair of Russian tubes. Overall serve its purpose and drives the 880 well.

Will try with Mullard tonight if have the time.

I would rate it as value for money.
Click to expand...

hello, what tubes can we use to replace the stock ones? i want the sound of 6922 russian

Been playing with on of these little guy for the past few months.  I replaced the Chinese 6J1 tubes (which sounded OK) with a pair of GE JAN5654 tubes.  The sound is interesting.  To be honest, the tubes do add a little of wonkiness to the sound.  Comparing it to my O2 amp, which is absolutely flat and revealing, the xDuoo, smears a little bit of Vaseline on the lens, kind of like a Barbara Walters special.  It gives my DSD and high resolution FLAC files a little bit of that "analog" sound.  It's not vinyl, but just gives a hint of it.  Of course, I took it apart. The top side has a mix of Panasonic, Rubycon, and United Chemicon caps. The underside has a bunch of SMD stuff.  The opamp has goop on it to obscure its identity.  NE5532?  Whatever, in a blind test, I've never been able to reliably tell an opamp from another.

I was looking for an amp for under 100 to power a DT880 600ohms that I bought used. I saw this on massdrop for $90. Is this amp good enough and sound good enough to power up the DT880 currently connected to my pc? Maybe there is a better amp out there for under $100??
Headphones: Sennheiser HD600, Beyerdynamic DT880, Cambridge Audio Melomania Touch (TWS)
Amp: Centrance DACPort HD
Source: Google Pixel 3 (phone)

Has anyone tried this with HD 600?

Wondering if they pair well.
V

coolcrew23 said:
Has anyone tried this with HD 600?