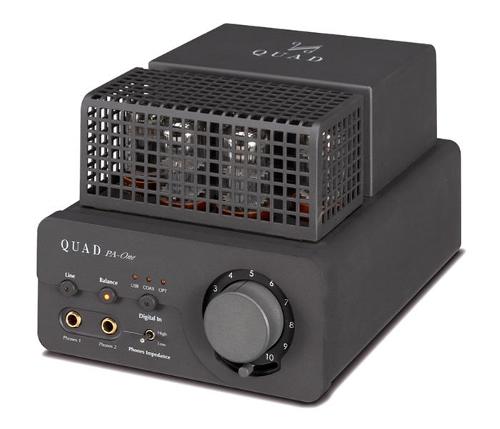 Member of the Trade: Audio Concierge

Member of the Trade: Audio Concierge Any information on DAC specs and price?

I presume (by the valve complement) that this is an OTL design.

this better be one hack of a DAC/amp.... i got a feeling hugo will have an edge over it....

just want to add to the thread.

i tried it last week. i brought my Denon D7100 with me so im familar what the amp is doing.

the front end is quad vena streaming off some server, then coaxial to PA-One.

as you can see from my previous post, i was very skeptical about their pricing at first, but now i had a listen i conclude, may be they arent totally wrong.

it drove the D7100 quite beautifully. While details wasnt quite as high as hugo or pioneer U-05 (it definitely did not have the high-res/modern feel to it), but it did have plenty of warmth/fullness and a hint of elegance.it's quite similar to my own Quad 909 setup at home. definitely got some english tone to it. it also have this....soft/gentle feel to the sound that i never heard before. and lastly, at no point that i feel it is about to run out of power, there is certain shove behind every note to hint it has plenty of power in reserve.

i must say i was surprised and enjoyed listening to it. it offers quite a different experience to, say, hugo or meridian prime. may be that's where tube amp is different to SS amp (im not very familiar with tube amp). i can imagine owning all three just because they all offer a different feel to music. but my wallet says otherwise....

in fact i feel that i can own the PA-One without the other two. may be from time to time, i will think, i miss the high res feel...but this is such a heart warming and timeless piece... i will forget why we need high res.

I got a Quad PA-One from Hi-End Theater and Audio, Plano, TX... hiend@flash.net

It is glorious.  I'm feeding it via AudioQuest XLR cabling from a Marantz UD-7007.  I read a few reviews about a weakness in midrange and bass.  Perhaps a little at first, but let the tubes burn in for a hundred hours or so and that issue is gone.  It is glorious.  And Hi-End is a pleasure to deal with.  Incredible knowledge.
Share This Post
post-14049701
Post #11 of 73

Bumping the thread, this amp/dac more than deserves it. In every positive way, to say the least.

My GS1000 are out of the game and have to go for repair (right driver has deceased). So what I am left with is not the can (the Grado GS1000) the amp was meant for, and tried and tested with, but the backup I have at hand, the AKG K701.

Great synergy, to say the least, even with the AKG K701. The suspicion that this amp could alleviate some of the "shortcomings" of this can (every can has them, probably) has turned out to be true, to a very large extent. At first listen, I thought, ok, this is decent, but not revolutionary. With the amp warming up and so on (and "so on" does not mean the psycho-acustic accomodation, have tried this amp before, long time ago and was impressed, have not heard it since, untill now), the qualities are starting to emerge and make themselves blatantly obvious in several manners. I've found myself immersed into the music, the combination of the spacial cues, placement of the instruments, bass response, authority and that analogue-ish sound feel is simply seductive.
While the amp doesn't impose itself at first, especially if you are coming from the all solid state background. It does reveal itself and seduces, specially when re-listening the same tracks from the same source, that one is / was familiar with, on another equipment.
It is exact performer, with one 192kB stream (44,1khz) (which was well produced to begin with) it shows how exact a performer it is. The rapid bass attacks on the track from Sleepy Tom - "Distant Future"

are rendered not only with precision, but there is an added authority to the sound of the synth bass (or whatever it is) which is there on both AKG K701 and Grado GS1000, and what is noticeable with both of these cans is the added "liquid quality" to the bass response and the sound, without getting mushy, bloomy or inexact.

I have not rolled tubes, (as of yet), stock tubes, stock power cable, no power conditioner (I got recommendation for at least one power conditioner, from well renowned source, and it was probably present when I audiotioned the amp some time ago), most basic interconnects (RCA line in from Yamaha CDR-HD1500, FM recordings of that player, stock USB A-B cable from MacBook Pro Retina into the Pa One's DAC - have not started using QED USB cable yet) nothing like the original setup when I have tried the amp first (long time ago now)... and still, this amp is really something...

The amp eaves some other DAC/Amps I have compared it with (listened) well behind in musical engagement, depth in the sound and dimensionality. With some other amp/dac in the price range, the sound with Senn HD800, Grado GS1000 and even these AKG cans was no way near the Quad, according to general consensus among the listeners. These other amps were otherwise favorably reviewed in the press, and given praise, but Quad is so much better, the difference is blatant and striking. There is fullness, meatiness, and that "spatial" feeling (depth and dimensionality in the sound signature) that makes at least one other comparable product I tried sounding flat, uninvolving.

The classic line from the Quad, which this amp/Dac belongs to, is designed in some sort of cooperation with Tim De Paravicini, it has been said. I have no idea to what degree he has really been involved, but judging from the sound qualities of the Quad Pa One, well... I wouldn't be surprised if he really was. I seems that enjoyment of listening to this amp grows by every minute.

It also made me realize how good and underrated my old (now sold) solid state headphone amp was, but this Quad is really something... I could warmly recommend for anyone to have a long listening period with (2 weeks if possible) and form their own opinion.

I would subscribe myself to the writings of the reviewers in few magazines (almost all of them) and also the positives expressed in this thread. Pricewise, it punches really well, how far above the price, I really do not know. I would have to listen to the more expensive (mainly tube, or well implemented solid state) amps to say it with some degree of certainty.

Anyone looking for the decent and Not overly costly alternative to match AKGs and Grados (in particular) with the proper amp should absolutely take this Amp/DAC into consideration.

I would be very curious to hear opinions of the people who have tried some models of Woo, DNA audio, and similar amps. The problem is that the EU market is sort of another ballgame for the average consumer as compared to the North America (Canada included) where tube amps are more established and available in many flavours. When entering the 3000€ territory, (amps for dynamic and planar headphones) there is one amp designer in Germany I know of which is really something special, (just awesome quality of the components) and several others in Germany, Poland, Scandinavia and other european countries, but they are not that easy to find due to relative anonymity and novelty of this hobby (still) in EU. Not as well established (the hobby) over the web as in US, even though there is a decent following of the head-fi stuff even in the EU. I am not taking the Senn, Beyerdynamic and similar companies into consideration here since they are well known entities with very broad range of products, and they have taken the mainstream (not Orpheus type) headphone amps relatively late into their line of products, but more private vendors of the type of Eddie Current, DNA, Woo, HeadAmp, K. Gillmore, ECP (Doug Savitsk) etc. The local (tube or valve amp) designers are, despite the design, competence and quality of the products, not as well represented - through the internet (such as headfi) community - to my eyes - as in the US.

I am more than pleased and really enjoying this amp. Not the least because of the clean, yet authoritative and well controlled bass response, musicality and fluid sound (flowery attributes, I know) among other qualities.

When you're ready to swap out the 6SL7 and 6SN7, go straight for Sophia tubes. I tried the RCA red-base route, and a bunch of others. The Sophias are awesome... and current production !! For the rectifier (EZ81) see if you can find an old UK made Phillips/Mullard.
Share This Post
Reactions: wangtox and sejsel
post-14052252
Post #13 of 73

enduser said:
When you're ready to swap out the 6SL7 and 6SN7, go straight for Sophia tubes. I tried the RCA red-base route, and a bunch of others. The Sophias are awesome... and current production !! For the rectifier (EZ81) see if you can find an old UK made Phillips/Mullard.
Click to expand...

Thanks for bumping the thread, appreciate your input a lot !

I was thinking about the tubes (down the road). I guess Sophia tubes you mention carry the same mark - model designation - 6SL7 and 6SN7, and I am presuming the same applies for the rectifier, disregarding the manufacturer. Just wanting to avoid any mishaps and confusion, tubes of course have to be always properly matched within the range of el. specs. of the amp in question; hereby I presume that there are range of compatible tubes (and rectifiers).

I would be curious to hear how these particular tube change (or well, rather affect) the sound signature compared to stock tubes.

enduser said:
When you're ready to swap out the 6SL7 and 6SN7, go straight for Sophia tubes. I tried the RCA red-base route, and a bunch of others. The Sophias are awesome... and current production !! For the rectifier (EZ81) see if you can find an old UK made Phillips/Mullard.
Click to expand...

Started reading on about Sofia Tubes.

Sure look very nice and well done, interesting to see they are divided in 3 different grades after testing by the company itself, straight shooting from the manufacturer, similar process of testing done on the computer chips, with different purposes.

Any information on DAC specs and price?

I presume (by the valve complement) that this is an OTL design.

Should be the perfect match for a pair of HD600s...
Click to expand...

The Quad Pa One is stated, if I am not mistaken, to be a transformer coupled design, not the OTL.

It could be a good match for the HD600, since there are reportedly users in the Greece that are raving over this amp with the HD600.
It lends itself really well to my AKG K701, but the true match was - from my memory, with the Grado GS1000, it made the can sing.