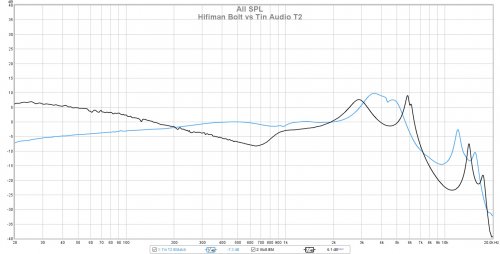 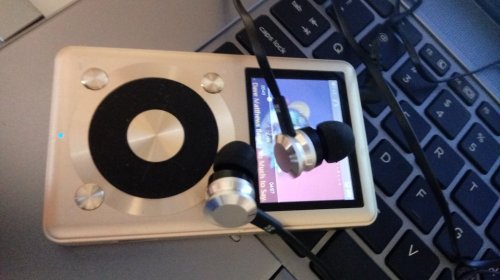 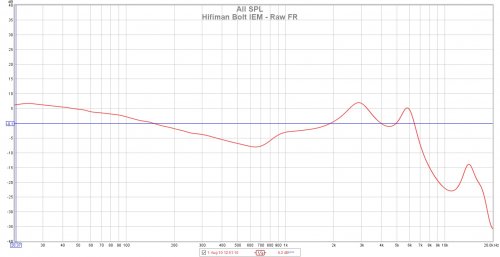 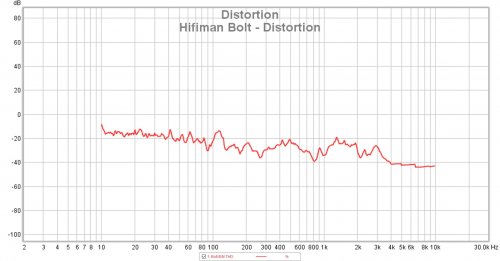 antdroid said:
Just noticed you are also a Seattle-lite. Our Bolts probably made the long journey from China to here together.

I'll redo some measurements in a few days and see if anything changes (doubtful).

I just wrote a review over on the headphones subreddit. Figured I'd post it here as well...

Disclaimer: I prefer a neutral sound signature with a couple dB increase to sub bass response and a slightly warm lower midrange. I tend to dislike any midrange recession. I have been in this hobby for a couple years and have tried and owned a plethora of headphones and IEMs. A large soundstage matters less to me than detail retrieval and instrument separation. I purchased these from Massdrop for full price and am receiving no compensation of any kind for this review. All of my opinions are just that; opinions. As always, YMMV.

Pictures: The few pictures I took can be seen here. Sorry I don't feel like spreading them out through the review. You can see the packaging, the Bolt, and a couple pictures comparing size to other popular (albeit more expensive IEMs). I am writing this at work (don't tell my boss) and don't have my KZ IEMs on me to compare to right now.

Packaging/Accessories: The Bolt come in a very basic box. Considering these are $10, the minimalist packaging is fine. Inside the box are two baggies. One has the Bolt IEMs and the other has spare tips. The only tips included are single flange in S, M and L. The included tips are okay but a bit stiff for my personal preference so I switched them out for UE tips after about 10-15 minutes of listening. No case is included.

Build Quality/Cable/Fit: The housings themselves feel acceptably well built and I can't expect any more for the price. The flat cable feels, looks, and behaves almost exactly like the one on the Logitech UE500vi. It definitely seems to be the weakest part of the IEM. If I was going to be using these regularly, I would definitely put them in a case to help keep the wire safe. There is a microphone and an answer/end call button on the right side. The button has a solid, satisfying click to it. It requires enough force that it won't be bumped accidentally and that you know when you've pressed it. The cable retains the bends Wearing them down, I was able to get a decent seal and they were comfortable. However, I could not get a good fit this way; they kept wanting to fall out after a short time or with a very light tug. Worn down, microphonics are present. Definitely noticeable and annoying, but it won't keep you from listening to your music. I switched to wearing them over-the-ear and everything improved. Comfort is good, they don't want to fall out, and microphonics are nonexistent.

Sound Overview: I used Tidal for all of my listening. For my first impressions at home, I plugged the Bolt straight into the SE headphone out of my Soekris dac1541. The majority of my listening has been at work where I had the Bolt plugged into a HeadAmp Gilmore Lite mk2 connected to the line out of an Oppo HA-2SE being fed from my work laptop. They seem to require more power to drive than many IEMs but quite not as much as the UE500vi or Pinnacle P1. They should be able to be driven perfectly fine from just about anything. Overall, the Bolt has a V-shaped sound signature: heavily accented sub bass and bass, lower-midrange recession followed by a rise in the upper midrange that continues into the treble.

Bass: Holy cow this thing hits hard. IMO, this can be considered a basshead IEM. The sub-bass response drops off a little below 40Hz but I can clearly hear it all the way down to 20Hz at normal listening volumes which is something I can't say about many IEMs or headphones. The bass lines in Work by A$ap Ferg and Rack City by Tyga are downright intoxicating. The Bolt seems to be right at home playing rap or other beat-centric music. When moving over to rock/metal, the bass guitars and drums can be a bit overpowering. When lots of stuff is going on, the bass seems to lose definition and feels a bit slow. The bass seems to lose a little of its power when being driven by the headphone out of the HA-2SE or the Apple Lightning Headphone Adapter vs the Gilmore or dac1541.

Midrange: After the intensity of the bass, the midrange takes a step back. My first impression of the midrange was actually quite good. I thought it sounded very clear for a v-shaped IEM at this price. The lower midrange sounds recessed to me and makes a clear separation between the bass and midrange. Electric guitars and many male vocals seem to have much less weight to them than they should and can sound a bit off. Male vocals can come across as a bit disconnected from the music and sound hollow. After the lower midrange lull, the upper midrange starts to pick back up again. Female vocals tend sound better than male vocals but still lack a little weight to them. Once again, the Bolt sounds better with beat-centric rap or pop music. Vocals come through a bit cleaner with this type of music than rock, or other, busier music.

Treble: This is where things get really bad. To my ears, it sounds like the frequency response continues to rise past the upper midrange into the lower treble. There is a very large peak at 5kHz-5.5kHz which can bring out a tinniness quality to the sound. This can also make female vocals sound a little metallic with an unnatural timbre. Listening to frequency sweeps, it is apparent there are other peaks at 6.5kHz, 7.5kHz, 10.5kHz (small), and 12kHz (large). The treble does extend well, all the way up to where I can't hear past 17kHz. The treble overall is very peaky and sounds a bit unnatural. The Bolt is pretty sibilant to my ears unless I'm listening at fairly low volumes. Not only is the treble pushed forward, but it's not very detailed. Cymbals get lost in one another and it's hard to tell multiple hits apart.

Detail Retrieval: Poor all around.

Soundstage/Imaging: Soundstage is okay but doesn't really stand out. Sounds are in my head for the most part with the exception of some of the balls in Bubbles by Yosi Horikawa. Listening to Tarova by Snarky Puppy and Bubbles, imaging seems pretty good; especially for the price.

Conclusion/Other Thoughts: For the price, these aren't bad. IMO, its three biggest flaws are sibilance, lack of detail, and fit. The sibilance is kept at bay in some tracks but others it's almost unlistenable; kind of like a stock HD700. The lack of detail is something that bugs me in all but the simplest of songs. The fit is a bit odd with the stock tips. The tips are a little too stiff so they want to push the housings out of your ears. I can also see how the housings could be a bit large for some people even though they fit me well enough. Vocals sound good in simple pop and rap songs but quickly go downhill when other instruments are added and the driver is asked to do a lot at once. The midrange is surprisingly clear for how far forward the bass and treble are. I wish I knew where my Mee Audio RX18P was so I could compare the Bolt to them. They are my current favorite for $10 or less and I think the Bolt could definitely give them a run for their money. Sorry for the lack of comparisons; I left all my cheap IEMs at home and I haven't listened to them recently enough to do a proper comparison. Thanks for reading my review and feel free to ask any questions or give any suggestions.

EDIT: I will go back through and relisten to the frequency sweeps to make sure I was accurately hearing the treble peaks.

Test Tracks Used: A list of some, but not necessarily all music I listened to for this review. I wanted to keep this at the end because it is long. I like using the Tin Audio T2 as a baseline comparison for IEMs since I think their signature is very neutral and pleasing. This is how the Bolt IEM compares to the Tin Audio T2 (blue) using the same measurement device.
Click to expand...

Schwibbles said:
I've been hearing great things about this T2 IEM. Making me really want to get one to try out. I know I don't need it though....
Click to expand...

It's probably the most hyped IEM on /r/headphones right now and i think it deserves the praise. I sold my Comets and MD+ and kept these over them with a bunch of spare change to spend on other hobbies.

So far a miss for me. Sent to Joshua valour to review and then giving to the kids.
Share This Post
You must log in or register to reply here.