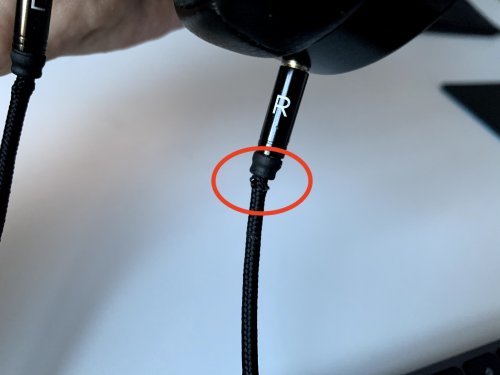 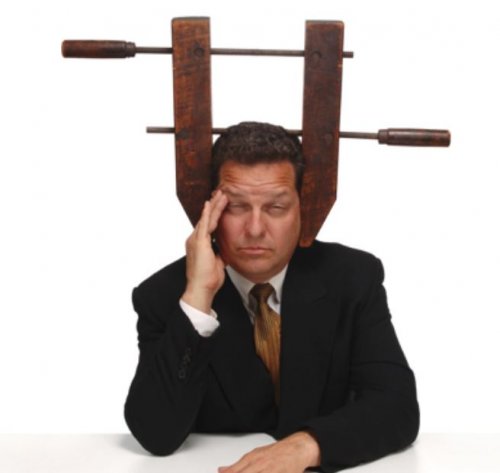 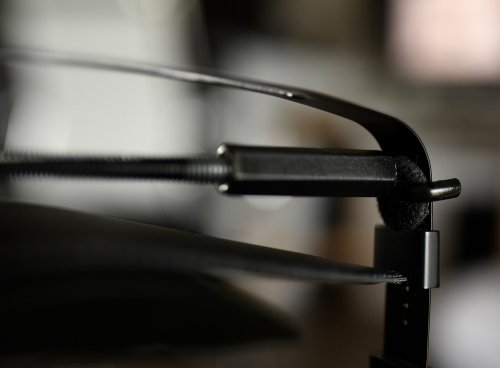 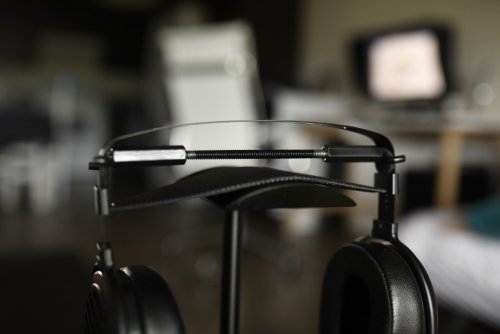 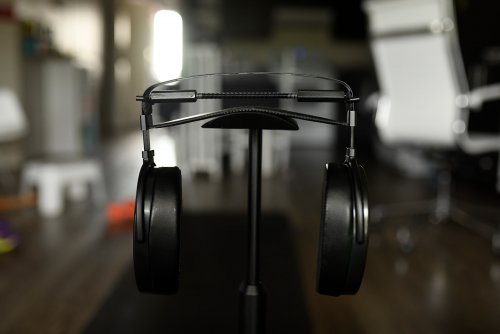 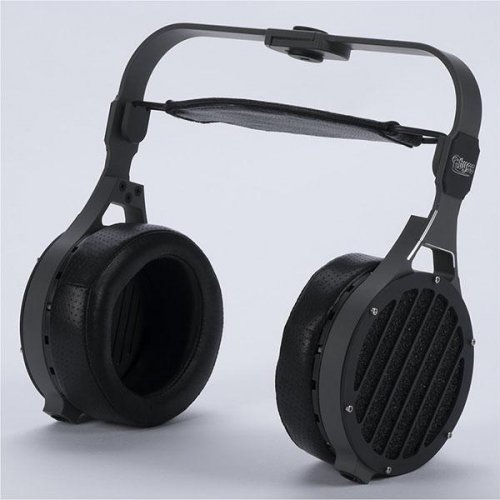 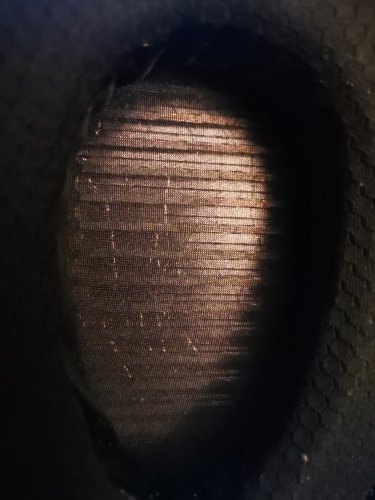 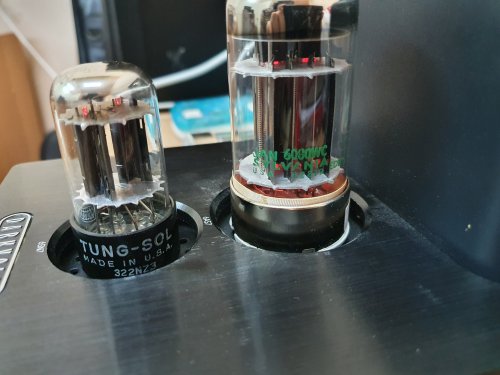 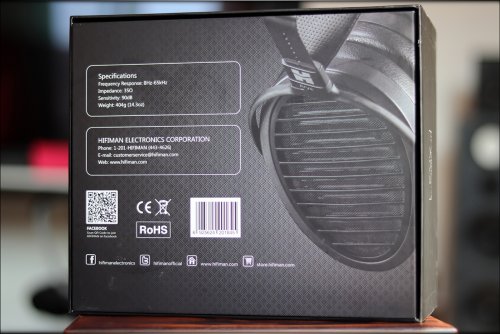 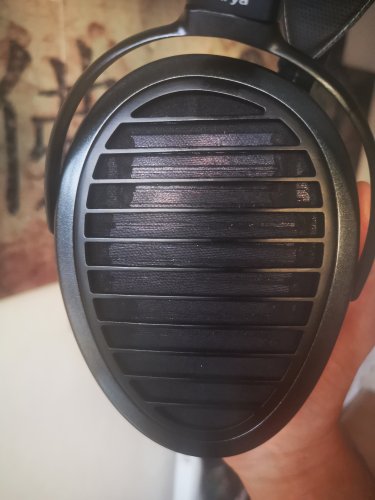 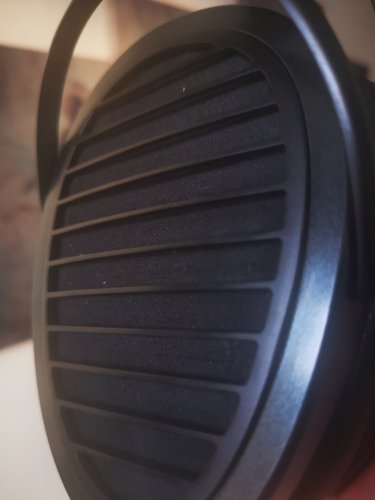 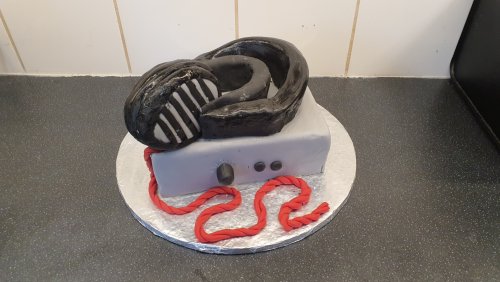 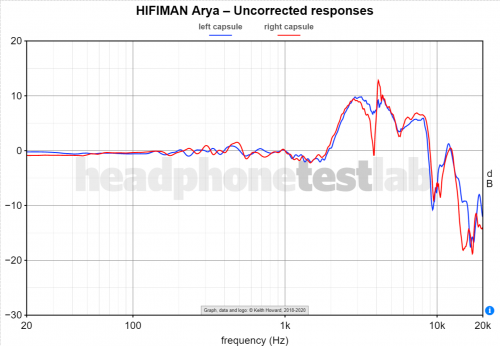 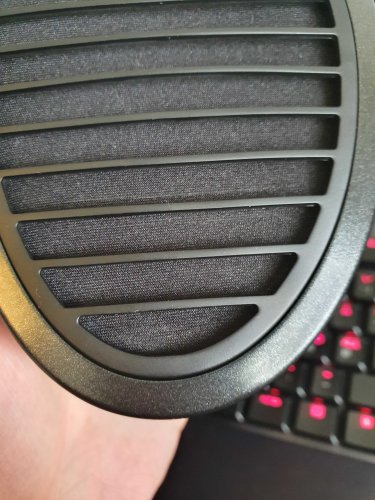 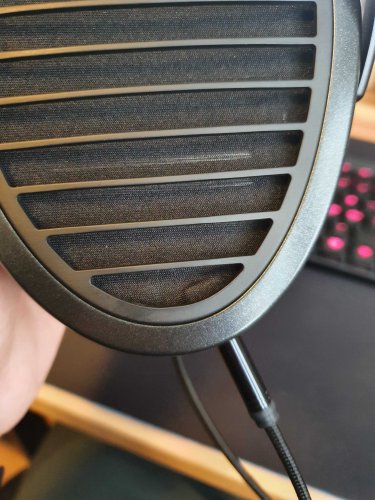 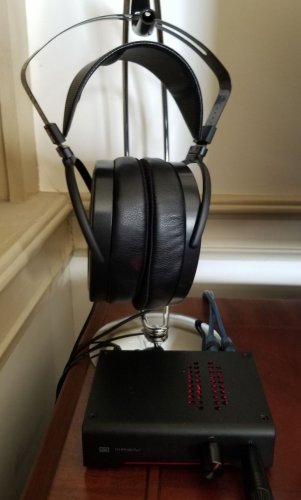 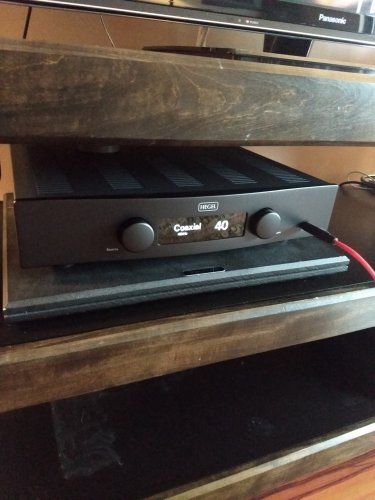 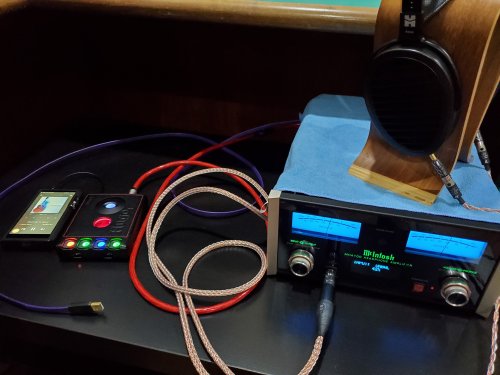 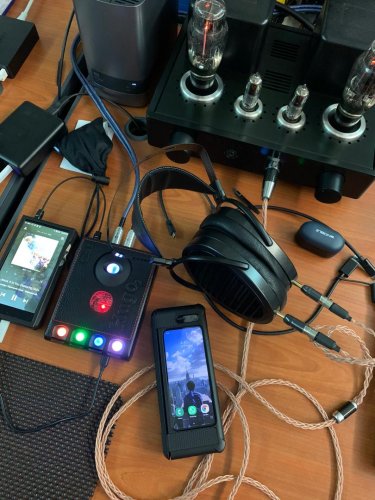 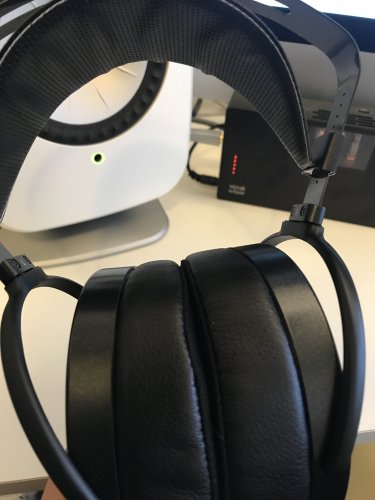 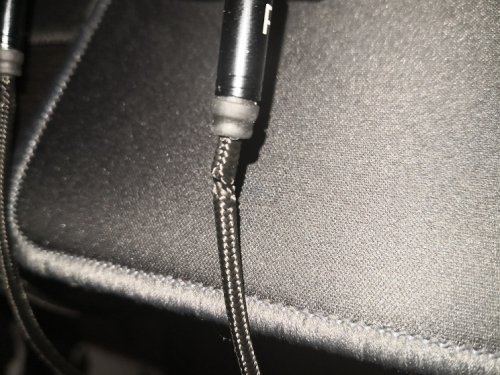 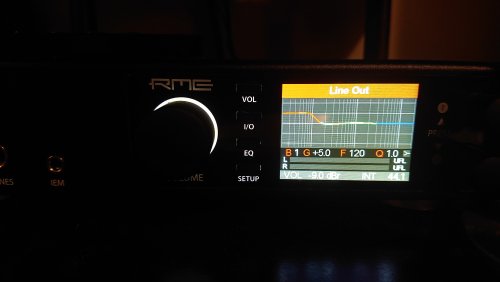 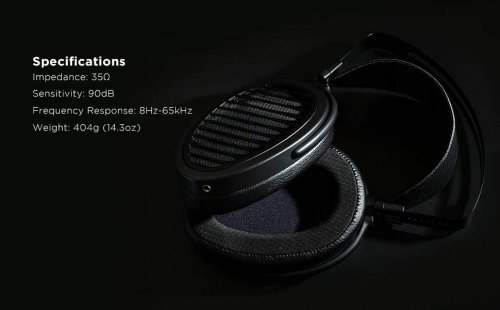 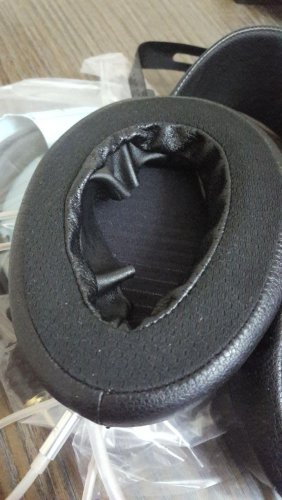 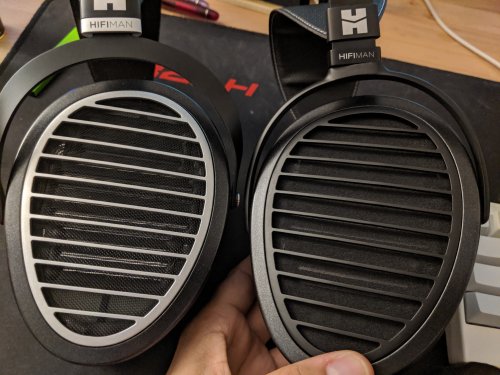 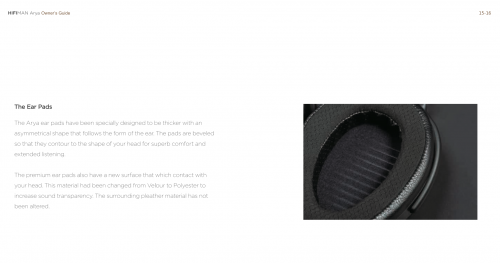 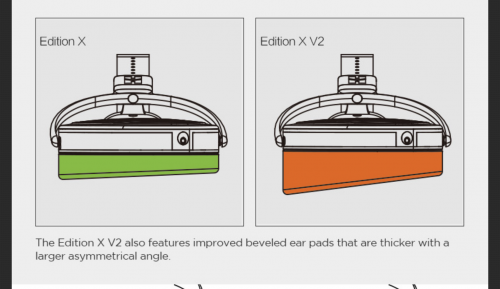 Hifiearspeakers said:
Arya is more detailed, has more treble quantity (that can get sharp at times), and is harder to drive. The HEX V2 is the smoothest Hifiman I’ve ever heard. It has more bass than the Arya and is easier to drive.

The Arya will put a spotlight on flaws and expose them for the filthy animals they are. The HEX V2 will tell you it’s not a filthy animal but a cuddly Cocker Spaniel that you should take home and give a bath.

They’re both excellent. It’s a matter of sonic preference.
Click to expand...

I like the analogy, but it screams placebo to me. The Arya and HE1000v2 share the same membrane and magnet structure. They won't be driven differently. The only change is that the Arya is housed in the Edition X v2's body. Same pads and angle as the he1000v2, just a potentially different cup material. I'm having a hard time believing that both headphones cater to vastly different sonic preferences.
Share This Post
post-14850286
Post #737 of 1,924

Hifiearspeakers said:
What’s wrong with the bass quality? I found the HEX V2 bass to be very tight and controlled. It didn’t have Audeze impact, but no Hifiman can has that. But I can’t find any fault with it in terms of quality. The only thing the HEX V2 needed to be a near perfect headphone, was greater detail retrieval, in my opinion. The Arya is definitely brighter. Depending on your preference, that can be a blessing or a curse.
Click to expand...

I prefer a darker sound however I find the HEXV2 pretty dark. LCD2C has much more treble energy to my ears and Audeze is famously treble laid back. I could only take 10% more treble than HEXV2, however treble on HEXV2 is fine for me.
Bass quality is fine too. It is very good indeed. What I miss a little bit is the Audeze impact you mention.
Share This Post
post-14850293
Post #738 of 1,924

GigaGram said:
I like the analogy, but it screams placebo to me. The Arya and HE1000v2 share the same membrane and magnet structure. They won't be driven differently. The only change is that the Arya is housed in the Edition X v2's body. Same pads and angle as the he1000v2, just a potentially different cup material. I'm having a hard time believing that both headphones cater to vastly different sonic preferences.
Click to expand...

The HE1000 V2 and HEX V2 are different headphones.

Hifiearspeakers said:
The HE1000 V2 and HEX V2 are different headphones.

GigaGram said:
I like the analogy, but it screams placebo to me. The Arya and HE1000v2 share the same membrane and magnet structure. They won't be driven differently. The only change is that the Arya is housed in the Edition X v2's body. Same pads and angle as the he1000v2, just a potentially different cup material. I'm having a hard time believing that both headphones cater to vastly different sonic preferences.
Click to expand...

True the Arya shares the same body as the HEX V2, but sonically, according to the Hifiman rep, the Arya is supposed to be more like the HEK V1.


TeamHiFiMAN said:
The Arya, its driver shares very much with the HE1000v1, its headband and cups are the same as the Edition X v2. The cups contribute a sonic difference, not a vast change but they do alter things. The driver itself is very close to the old 1000v1 but as time and tech progress they are not as hard to make as they once were and at a significantly reduced retail price there is a slight increase in the tolerance limits, so head to head to head with an HE1000v1 its not quite exactly as good but it gets sonically close, as listeners can attest to.
Click to expand...

But it was only about 40 mins of a head-to-head comparison, so take it with lots of grains of salt.
Click to expand...

mixman said:
I want to try the 4Z. That may be the only LCD I sell my X for.
Click to expand...

Yes, I also want to try them at my home, though the X might have better FR than the 4z (referring from the Sonarworks measurements).
The lowest street price I've seen for a new 4z is still 2800ish, which, I think, is pretty expensive for such a heavy headphone which I won't be able to use more than 2-3 hours per day.
Mac Mini - Yggdrasil Analog 2 - Jotunheim R - SR1a
Share This Post
post-14851052
Post #745 of 1,924

But it was only about 40 mins of a head-to-head comparison, so take it with lots of grains of salt.
Click to expand...

Anyone have any impressions on how the Arya pairs with the Mojo?
"I am still in beta."

Lol. Yep. But to make this one a vit more specific:

Mojo versus Dragonfly Red?
"I am still in beta."

I own the Sundara, Arya and HE6se. I think the answer to your question would depend on the kind of music you listen to (e.g. metal and hardrock vs classical or ambient) or on how you want it to sound (more relaxed or not).

My dealer once explained to me that Hifiman has been developing planar magnetic headphones along two different main lines, roughly said the round ones and the elongated ones. I think it makes sense, so that in the "round line" the logical upgrade for the Sundara would be the HE6se (and ultimately the Susvara) while in the other line the Arya would be an upgrade instead for the Edition X xx and the Ananda. Going from the Sundara to the Arya would then also mean changing lines.

Changing lines doesn't make the comparison so easy as the lines seem to aim at different genres. The round line would be rougher (esp. the HE6) and tend to be more optimized for genres like metal and hard-rock. The elongated line would be smoother and tend to be more optimized for classical music or softer genres. When you reach the current TOTL models like the Susvara and the HE1000se the differences between the lines are less perceptible.

Back to Sundara vs Arya.

Re. most sonic aspects, the Arya clearly beats the Sundara, e.g. in resolution, speed, cleanliness (of the background, what SNMR would measure), soundstage, imaging... I think everyone would agree with this.

And yet... the technical superiority isn't all, their character according to their differing lines comes into play.
For example if I listen to Amon Amarth (Viking melodic death metal, e.g. their latest album Jomsviking), the Sundara rocks better for me, gives me a strong temptation of turning the volume up (I have to fight to resist this temptation, as I try to listen at low levels to preserve my ears) and of banging my head (I don't headbang but I feel the temptation strongly). If I listen to the very same music with the Arya, I don't experience these strong feelings, the music feels more controlled, "behaved" and less exciting with such genres.

So in my experience, if you like your Sundara for having fun (rocking) with metal and hardrock, the real upgrade for the Sundara is the HE6se, it is somehow "wild" and "harsh" in a positive sense (i.e. in the context of metal music), not as great as the Susvara but so much worthier for the price you have to pay for it.

If you listen mainly to classical or ambient music, then the Arya is a definite upgrade for the Sundara, as it will be better to "change lines".
If you want a more relaxed presentation of metal (e.g. to focus on your work while listening), then the Arya will be more suitable but would you then need to pay more money if you won't focus on the more detailed presentation?

I personally bought the Arya for listening to dark ambient, at which I find it excels, and to some bands which mix ambient with metal (e.g. Elffor) or mix metal with neoclassical, neofolk or rock.

Hoping this may help you,
bidn
Click to expand...

Thank you very much, that is a much more thorough explanation than I had hoped for!

The way you put it applies to me too, as I do listen to a lot of metal.
The thing about that though, is that in the past 3-4 years of my getting into audio gear has opened up my listening to many genres I wouldn't usually go out of my way to play.
I find I mostly do not listen to metal with my headphones, instead going towards progressive rock, 90s alternative, female vocals and more.
In my car I usually have death metal playing, 95% of the time.

I bought the LCD-2C specifically for my metal listening, and find I listen to much more with them too. I appreciate mids and bass more than treble, soundstage and imaging are also very important to me as well as I tend to prefer a warmer, less in your face signature.

I will look more into the he6se before pulling any triggers as you have opened my eyes here a little here.

Users Who Are Viewing This Thread (Users: 5, Guests: 7)