ATH-M50 prices have gone up (way up) and so the next logical choice was the ATH-M40, which was half the price. ATH-M40 has 40 mm. diaphragms unlike ATH-M50's 50 mm. Otherwise it's a fairly similar model; the accuracy is there too, although they're slightly colder (and faster).

ATH-M40 take a while to burn-in, and the burn-in transformation is the most obvious case. Out of the box, they were snowy-white in sound. Not even black-and-white, grays-on-white. No contrast or colour whatsoever. It even looked like AT made a blunder and equalised those to a "speaker-flat" frequency response. A special EQ profile had to be made to make their sound bearable (adjusted to HRTF with EQ band tones), and apparently this EQ profile helped, as after a week or so of playback they started warming up, and on the second week the EQ preset could be discarded. 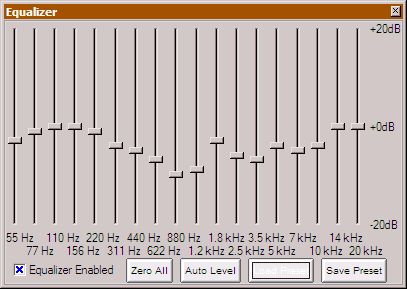 Now they play fine without it.

The design itself is curious, ATH-M40 boast clammed wire terminals. Unlike most headphones, the ATH-M40 are designed for cable replacement without soldering. Main cable terminals are of the screw push type, similar to speakers. Wires are inserted and then screws push down on the terminals (speakers usually have springs, but screws are more secure). The notion itself is a bit weird, as a screwdriver is required to disassemble the headphones, and anywhere headphones work where a cable might need replacement (like, say, straight cable swapped for a coiled one), there's electricity for a soldering iron. It's also highly likely that whoever's going to replace the cable will also be familiar with soldering. Still, it's nice, and safe in a way as plastic inside the cups is not threatened with a hot iron.

There's a capacitor buffer before each driver, giving the ATH-M40 a slight curious sound mellowness reminding a bit of older synthesisers (CS-80, Prophet VS...).

The headphones were modded, and well... They weren't a major reassembly trouble like the ATH-M50 (there's a thread describing the assembly somewhere over here, with photos). Still, pushing through the new headband cable through was difficult. 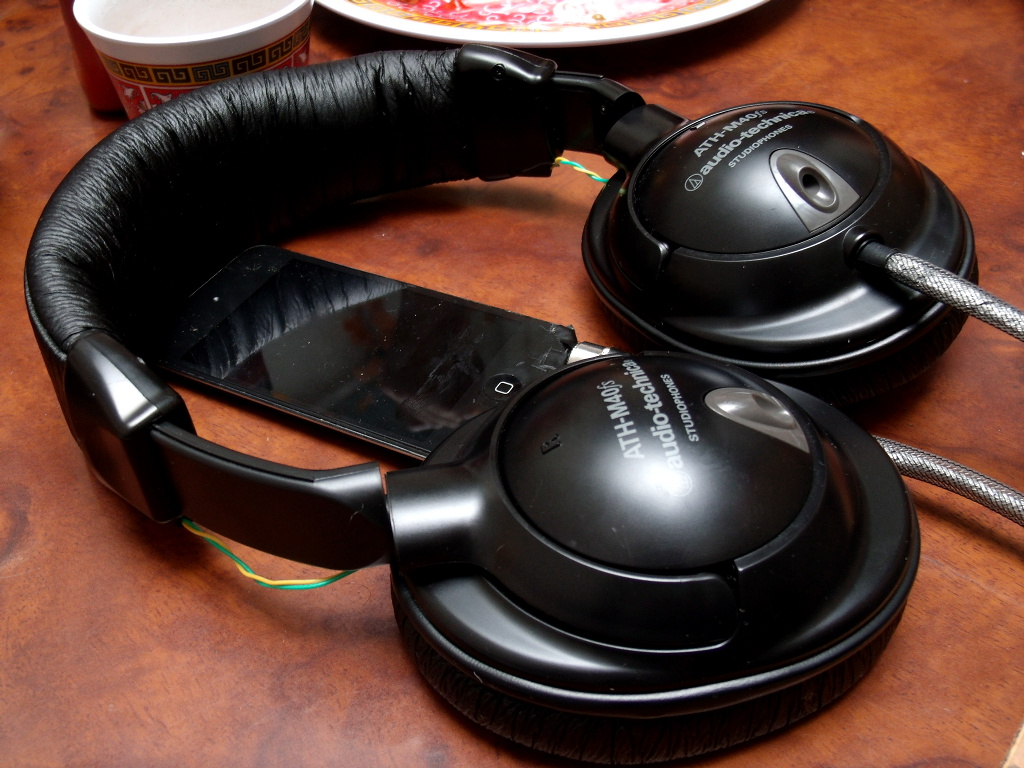 Not the best photo, but there they are.

The new wiring is silver-plated copper, AWG 26, teflon-coated, with shielding (for the main cable anyway). The shielding is just aluminium foil. It all looks rather pretty inside the Techflex jacket, but foil isn't ideal as it tends to tear and deform over time, unless rolled fairly thick. A proper grounding copper braid would've been better, but it's heavier and it might be too thick to fit through the strain relief. Given a thinner braid though, it might also fit the headband cable (or better, two different diameter braids would have to be used).

The silver-plated copper cable cures the last stuck harmonics and veil the stock ATH-M40 have, and it makes them play full-speed, rather lively.

There's also Blu-tack on the driver assembly, helping stability a bit (the drivers are fairly stable as they are, attached to a platform assembly inside the cups), and Blu-tack, cotton and plastic fibre to improve isolation inside the cups. Isolation is important as these are street headphones and they're also used for monitoring next to loud drumkits and guitars. Studio/live work.

Impedance is 60-ohm, but the ATH-M40 are fairly easy to drive, an Apple Touch 4G player drives them to almost full noise isolation on the street. Not obnoxiously loud, but given the thing's low power, the ATH-M40 provide a stunning detail. They are a bit on the shouty/cold side when driven from proper headphone amps (and studio kit like mixers). What matters though is that they detect and show even very slight hiss and are suitable for track cleanup. As an example, in Nirvana's "Come As You Are" open reel tape noise can be heard even when playing on a weak player like the Touch 4G. Out of the sound interface, they show all the background noise in a microphone take.

Sound-wise the ATH-M40 are transparent, they just put out what's there (tested against "straight-response" studio monitor speakers). Frequency response is not "perfect straight", of course, but they're just about right in that they show the picture. Electric guitars can be a bit light (and trebley) compared to what they'll sound like on speakers, but it's nowhere like the bodiless exaggeration of some other Asian makers. Compared to speakers they're quicker (better dynamics and transients, though that's typical of any headphones) and they tend to be somewhat colder. As usual, it's not good practice to mix in headphones, so anything put together on the ATH-M40 will have to be tested and rebuilt on monitor speakers.

The ATH-M40 were bought for monitoring next to loud sound, as the K-240 Studio are pretty much useless for that (being semi-open, they're like sieves when it comes to isolation onstage or even for studio tracking). Compared to the K-240 Studio, ATH-M40 are quicker, have a more "straight" frequency response (though this is not a flaw of the K-240 Studio, on the contrary, they're the best headphones for playing synthesisers and composing thanks to their tweaked frequency response) and have better isolation, though seriously, you ought to stick a few things like plied cotton inside the cups to improve isolation. Vibration killers like Blu-tack and Dynamat also help when used to pad the cups on the inside. Dynamics and overall painting finesse are better in the ATH-M40, but the K-240 Studio are still the synth tracking headphones that nothing can really beat, they're more musical (better note contrast) in spite of their being slower and darker. 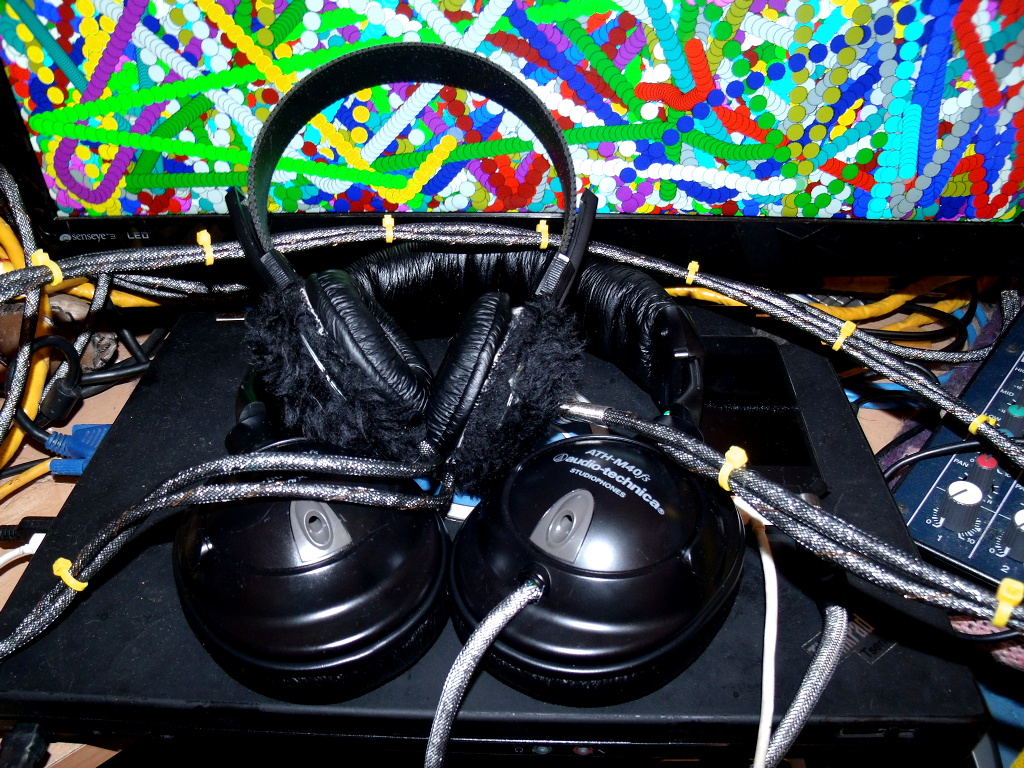 They're fairly comfortable, though the headband likes to slide around, at least the first couple weeks before it moulds a bit. ATH-M50 can start feeling crammed, especially for those with bigger/pointier ears, the ATH-M40 have more space inside the cups and give a nice, spacey soundstage as a result, though the drivers could sit closer to ears (SIGH, one of these days one ought to get custom-made and measured headphone cups).

Overall, they're a good buy, basically what you get is a headphone equivalent to straight-response monitor speakers for not as much (ATH-M40 sell for as little as $75 or so online). There're much worse headphones out there for twice the price, that's for sure. They work fine with anything, even weak cell phone outputs (just don't expect miraculous loudness there), so they're an automatic choice for all-purpose headphones. They're also fairly straightforward to mod, thanks to the wire clam terminals (the right cup has screw terminals for the headband cable as well).