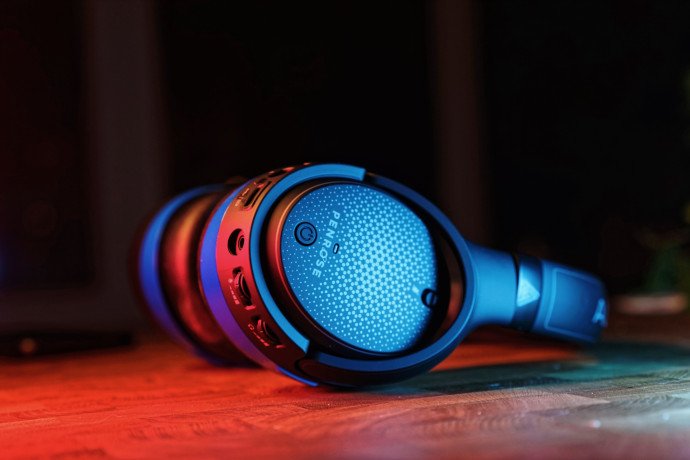 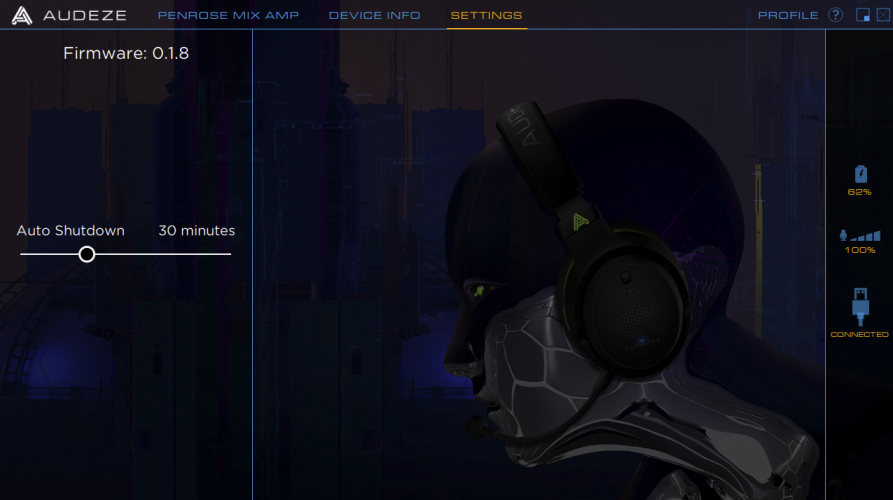 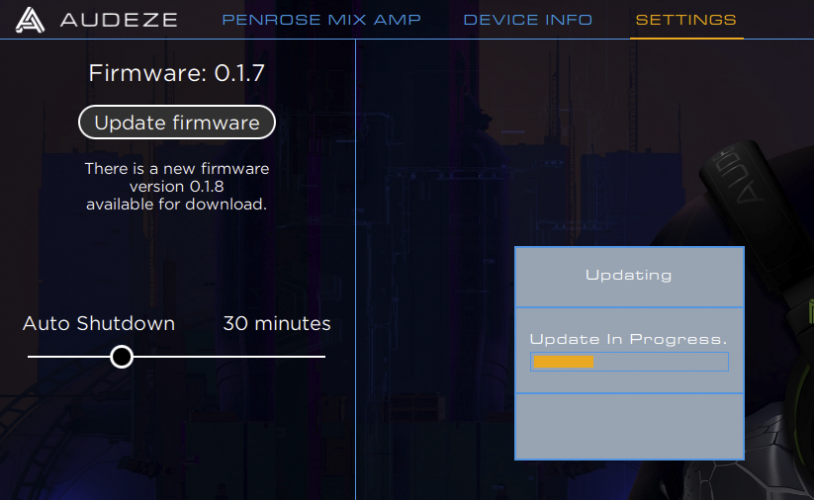 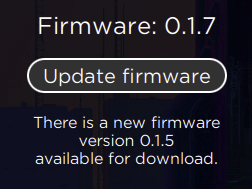 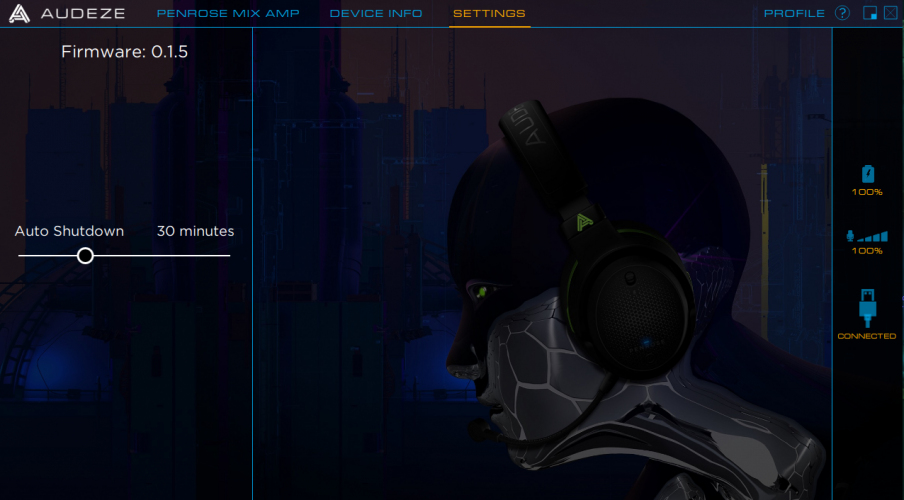 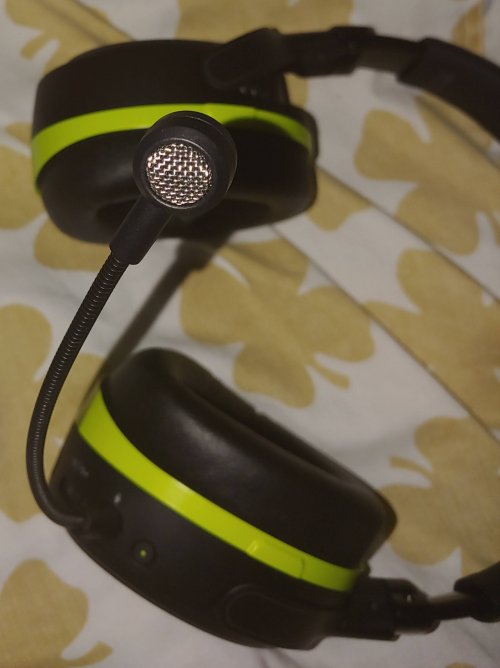 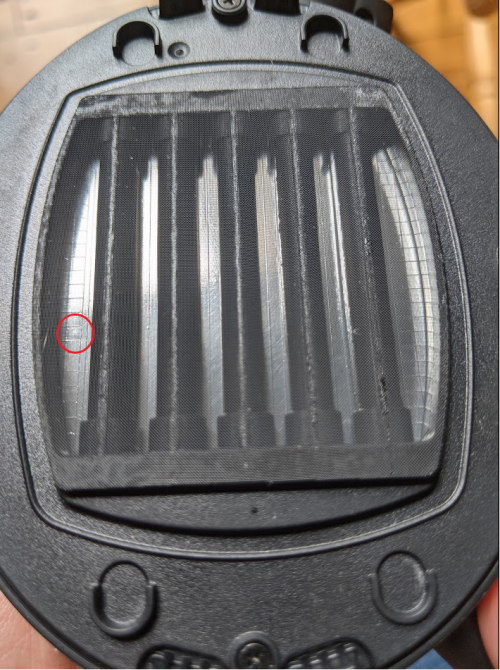 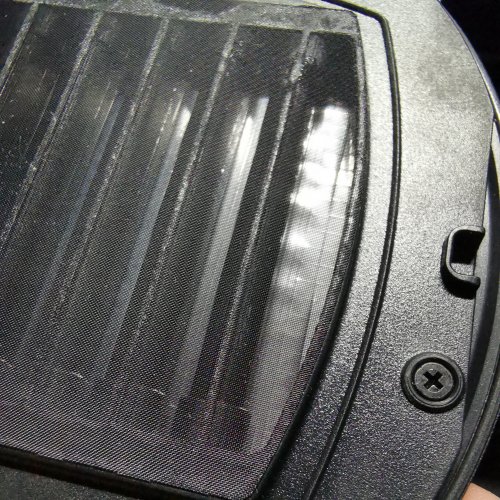 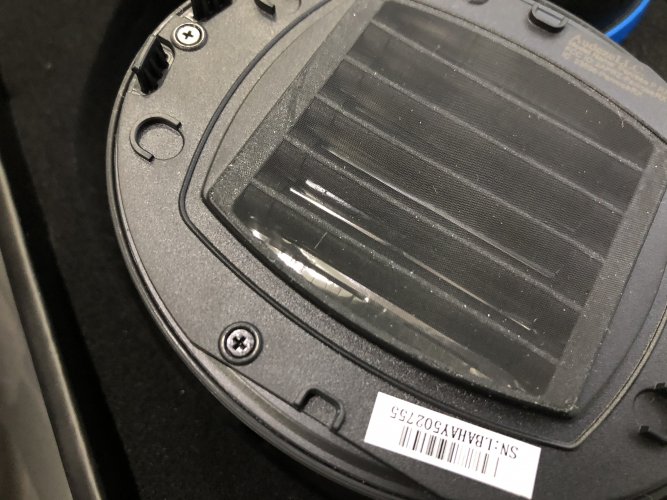 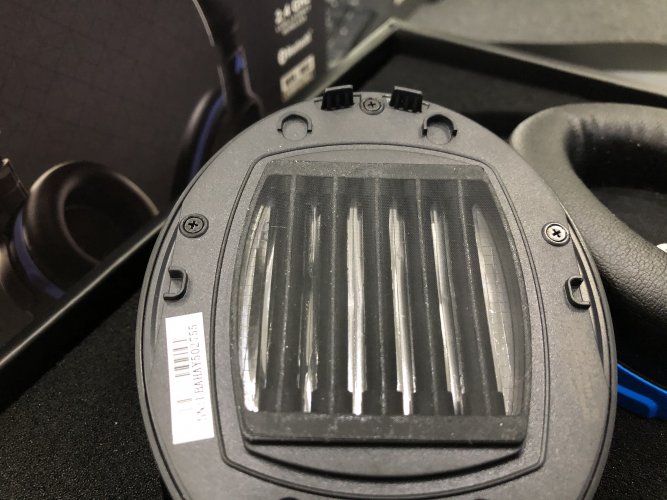 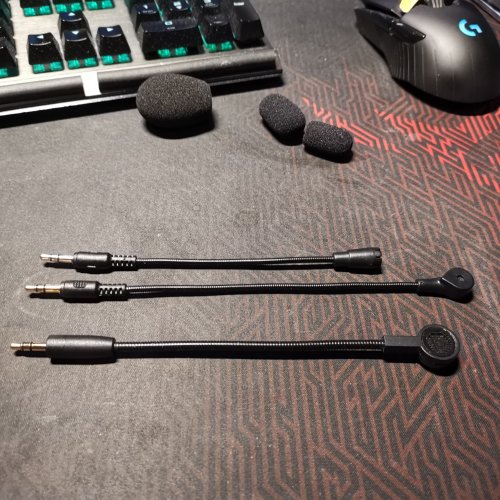 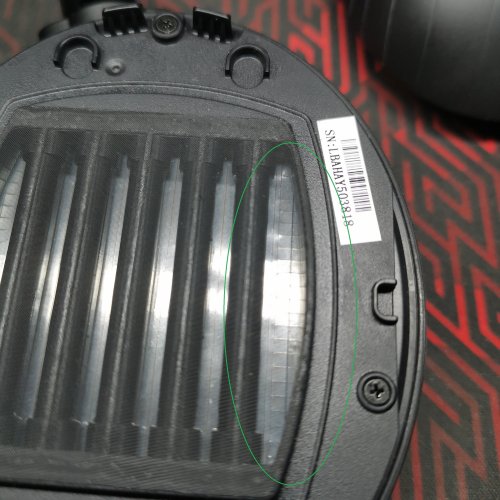 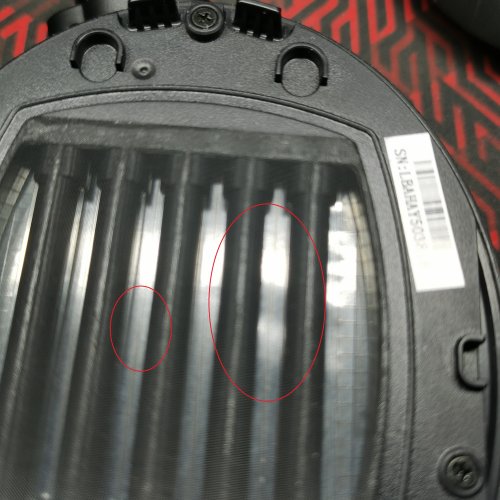 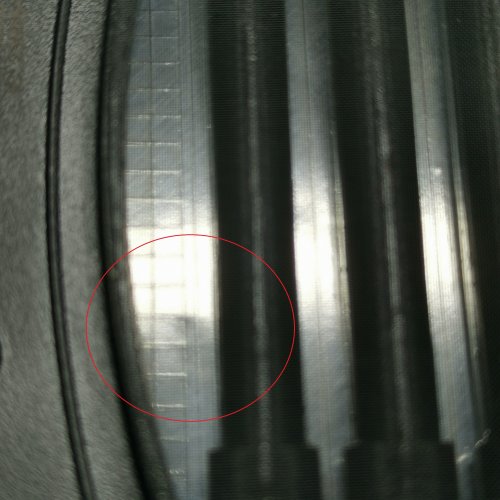 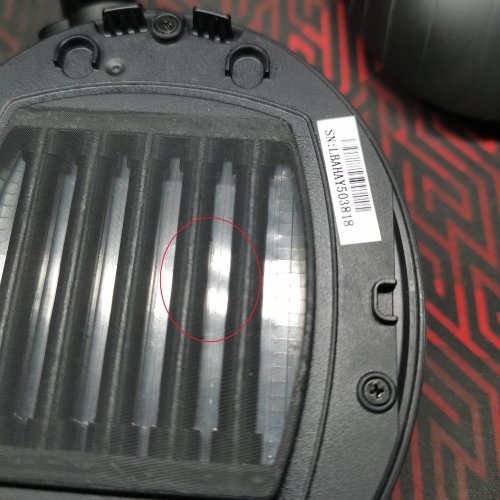 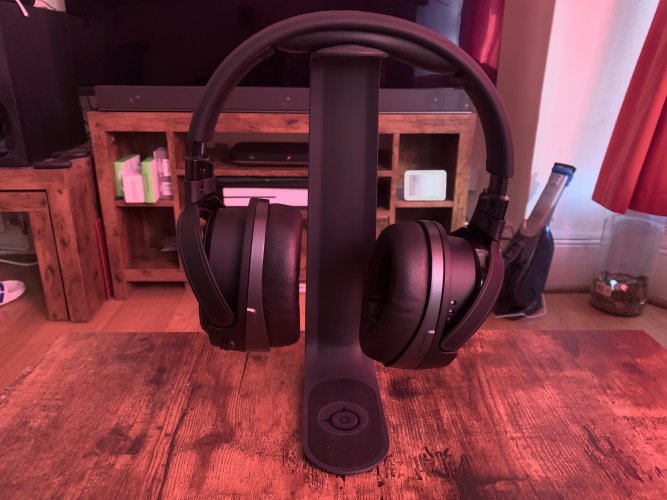 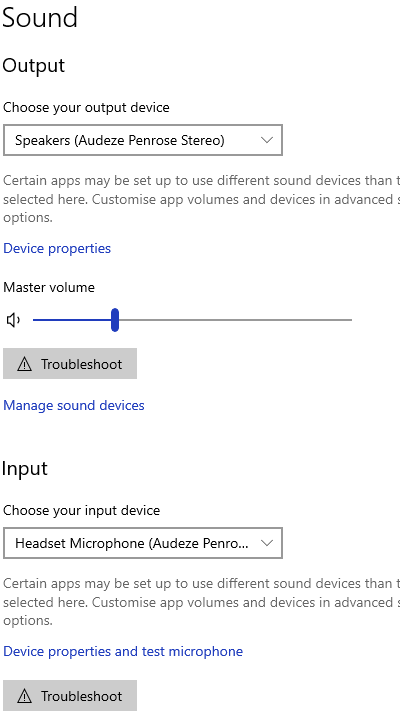 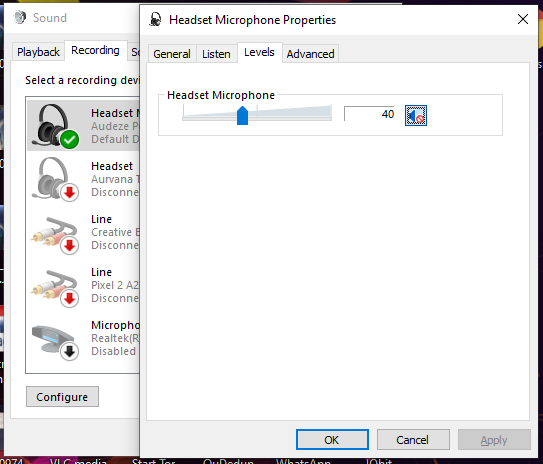 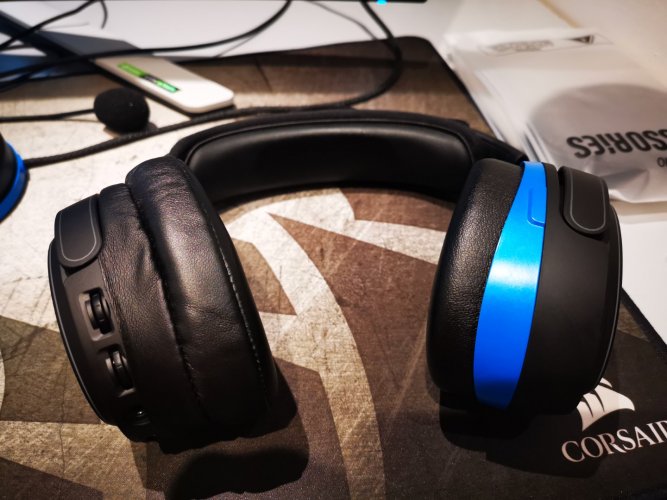 See full thread gallery...
You are using an out of date browser. It may not display this or other websites correctly.
You should upgrade or use an alternative browser.
Audeze Penrose X and Penrose
W

kism said:
Got mine yesterday. Tried 'em out for about a half hour before I had to leave for the day. First turned them on and plugged into my PC, I heard the whooshing noise everyone is describing. I downloaded the Audeze app, and plugged them in with the included USB cord. After my PC and the app both recognized the headphones, I turned the sidetone feature to off and these things went pretty much dead silent. I listened to a few tracks via Tidal, and the audio quality is very good. Later yesterday, I started playing Ghost of Tsushima on my PS4 and they sound good there, too. However, at the beginning of the game I kept getting static/crackling noises like they were having trouble getting the audio data or something. After a few minutes they shut off and reconnected. That lady is indeed very loud, and she actually scared me lol. Once reconnected, I don't remember having any more problems like that last night. I sit about 6-8ft from my consoles, and maybe 10ft from my PC.

Today, I played a bit more of the game, and while I did not experience the reconnecting issue, every now and then I hear like 1 or 2 crackles or pops. They would just come and go very quickly and randomly. Sometimes it's just in one ear, and it was mildly uncomfortable to experience. Anyone else hear anything like this? I stopped after a while to put them on the charger and take a break. I'll keep testing them throughout the week. I wanted to try them Bluetooth for walking so I can hopefully return my Sony XM4s if they sound good enough. Speaking of which;


While owning both right at this moment, I think the Penrose do sound a bit better right out of the gate. The Sony will sound their best plugged in via aux or using the LDAC codec, and when doing either they do sound pretty good. If you use the AAC or SBC codecs, the sound quality goes way down, though. I'm hoping the Penrose sound good enough with AAC. On the Sony, the stage is small, but the separation and timbre are both very good. Everything sounds as it should to my ears, though it doesn't really give me the same "feeling" that I get from the Penrose. The Penrose feel like they have slightly more texture, space, and detail in their sound. The Sony are more comfortable, however. I like that they come in a small form with a thin case that's easy to throw in my bag. I also really appreciate the sound-dampening feature with the XM4. It's so good for me as I have very noisy neighbors. I tried purchasing Bluetooth adapters for my consoles and PC, but the sound and connection quality were both terrible. The main reason I bought the Penrose was so that I could connect wireless and lossless to my PC, Switch, and PS4, while hopefully getting decent sound via Bluetooth on my phone. With a game or music playing, so far I haven't felt like I needed more outside sound reduction. My feelings on this may change as I use them more. These are just my first impressions. I would guess that I have 20-30 hours on the Sony, and maybe 3-5 hours on the Penrose so far.
Click to expand...

Can you tell me which one is bigger niw that youbhave both there?
Do you recon penrose earpads are bigger than the sony?
Last edited: Dec 2, 2020
www.seashepherd.org
W


Penrose features the same award-winning planar magnetic driver technology that is in the Audeze Mobius, together with a newly designed broadcast quality microphone for enhanced chat and streaming. Penrose also includes onboard Bluetooth 5.0 which can be paired simultaneously with Lossless 2.4GHz wireless, so players can chat on their mobile device without interrupting their gaming experience.

By combining Audeze's legendary audio performance with the greatest in wireless and microphone technology, the Penrose X and Penrose will change the way you experience gaming audio.

Penrose X and Penrose are available to pre-order now at audeze.com/penrose. The first 1000 units will be available at just $249; that's $50 off the full retail price of $299! Any input about getting cuts with ps5 usb ports?
Because this is a headset for" playstation"
Any intention to talk to sony or do something about dongle usb port on PS5??.


And about the heat if we put the dongle at the rear of ps5?
www.seashepherd.org

Just got my tracking number and noticed the seller sent it to the wrong address.

CrocodileDundee said:
Just got my tracking number and noticed the seller sent it to the wrong address.

From addicted to audio (Australia)?

Hagla said:
From addicted to audio (Australia)?
Click to expand...

Oh ok, sorry to hear they sent to an old address but excited to know they've received them and started shipping already. I haven't received any shipping details yet but I didn't pre order until mid September. Still excited. Hopefully you can sort it out before they get to your old address.

Ah, just logged in to double check and there is a tracking number for my order now. Didn't get an email about it though and it doesn't have any details on Auspost yet for that tracking number either.
T

I'm also waiting for an order of the Penrose, from Hifiheadphones - only ordered back on the 20th Nov so haven't been waiting that long.

Currently using my DT990 pro's via the 3.5mm jack on the PS5 dualsense, which surprisingly, despite being the 250ohm model, doesn't need full volume to have a decent listening level. Looking forward to my first set of planar magnetics, and going wireless!
G

Here’s hoping it’s soon. From other emails Hifiheadphones don’t seem to know when they’re expecting them

Neither did scan.co.uk when I asked them yesterday. I'm guessing they both use the same distributor in the uk (KS Distribution I think) so maybe delays at their end. KS show amazon as a customer on their website which might explain why the Amazon UK sites still says 'currently unavailable'.

The wait is getting unbearable now though - so much so I'm changing my mind daily about just sticking with using the Dualsense and my PC38x, or using a Creative G6 with them or some higher end headphones. Really would like a wireless setup though if I'm honest.

Would be good if the retailers could at least be a bit less vague about when they are sending them though - particularly for those that have been waiting about 5 months! Maybe Audeze sent them out in batches and it just happens to be that the UK stock was in a later batch. As long as they arrive pre Xmas I guess it'll be ok!?

Anyone else who pre-ordered through Audeze having a delay even though they're marked as shipped?

Mine still says scheduled for delivery tomorrow before 6pm but the FedEx tracking info says it's in Dubai, and has been there since Sunday so doubt that it's arriving tomorrow.

Wonder what's up with the delay, so frustrating..
B

Ahh a fellow 'Staffy' - where about are you dude?
Gamer and Audio amatuer!
A

Audeze hope to have these sent out very soon, in the same way that I hope to be a millionaire some day.
If people in the US are still waiting for delivery, I’m not holding out any hope that the U.K. orders have actually been dispatched yet.
You must log in or register to reply here.