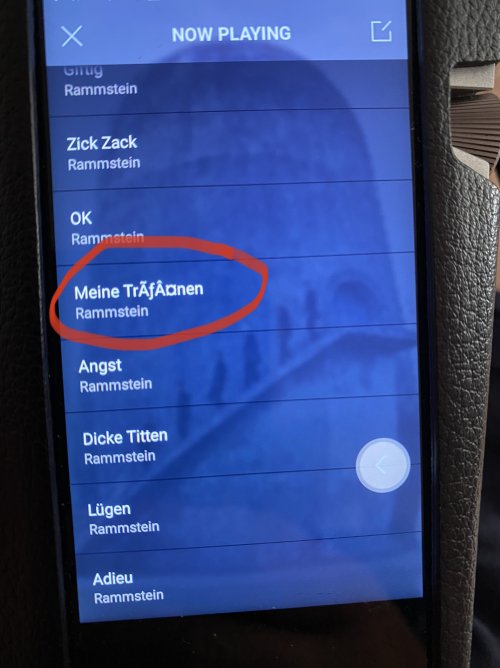 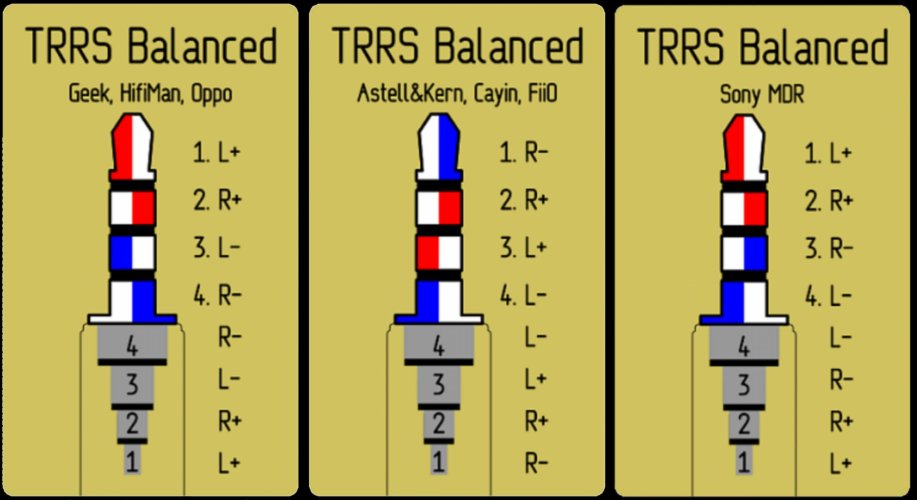 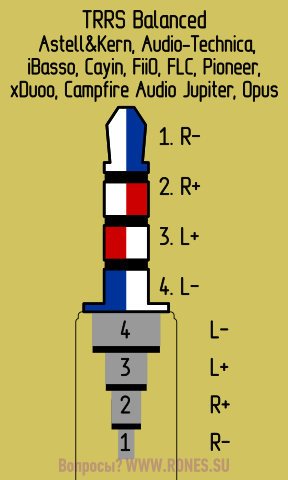 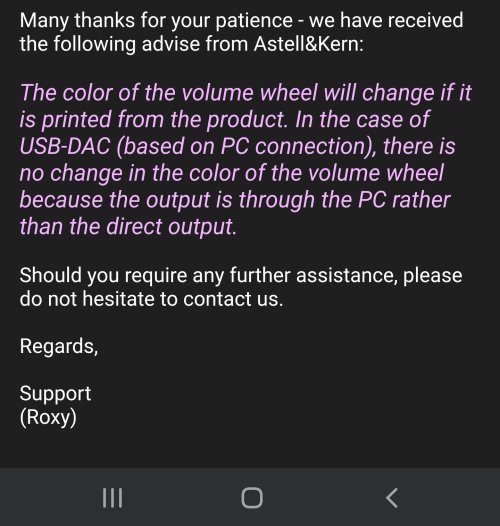 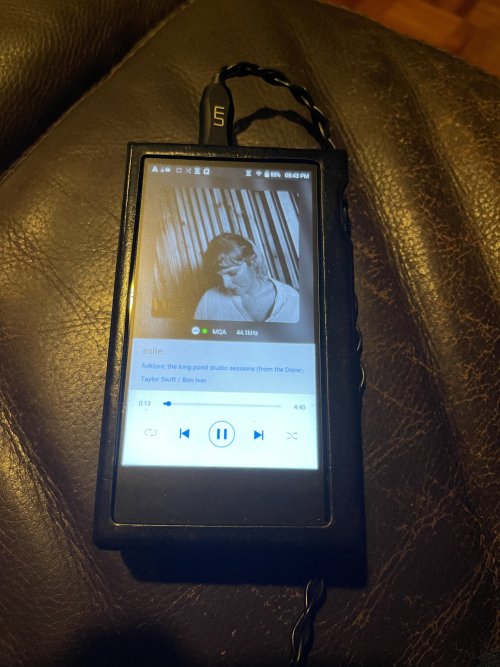 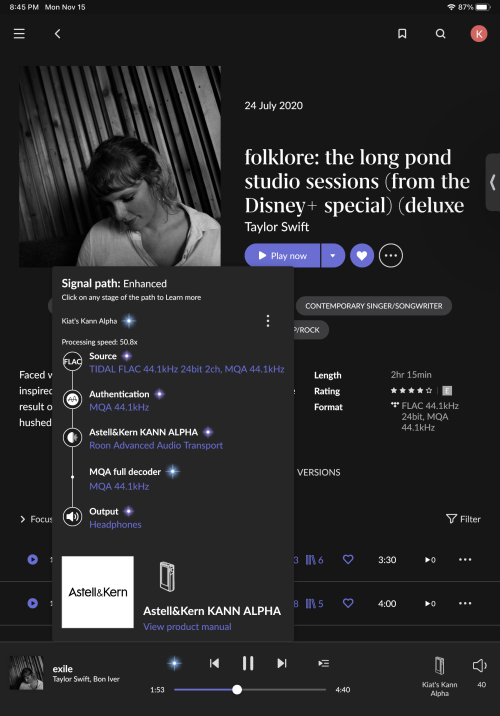 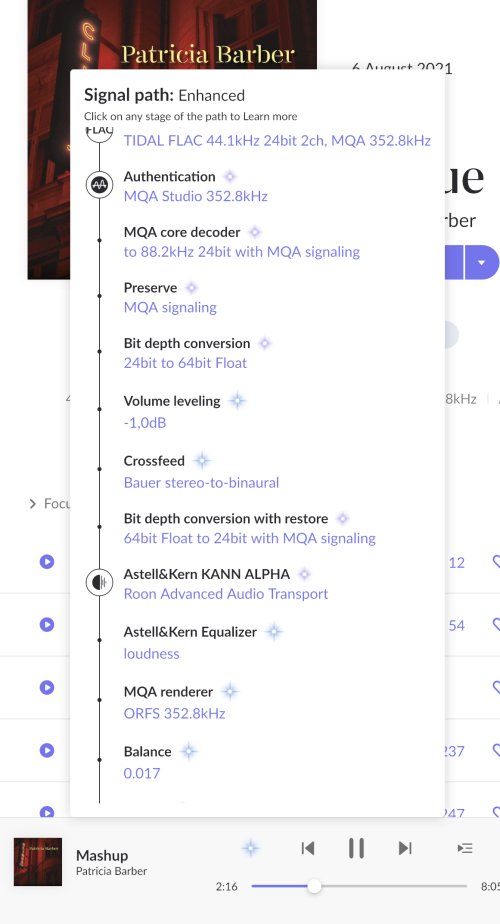 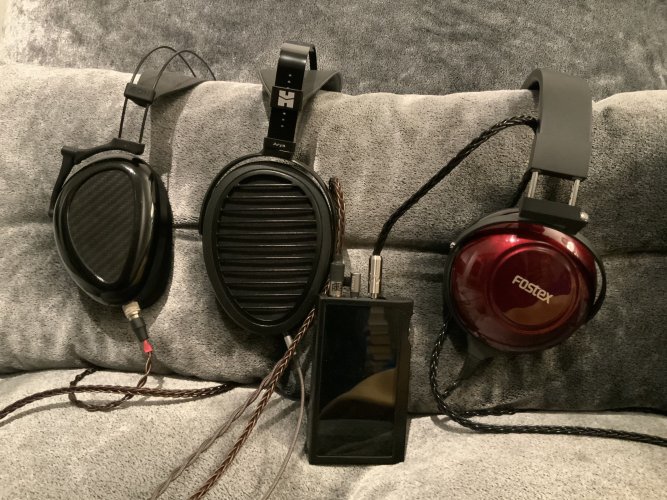 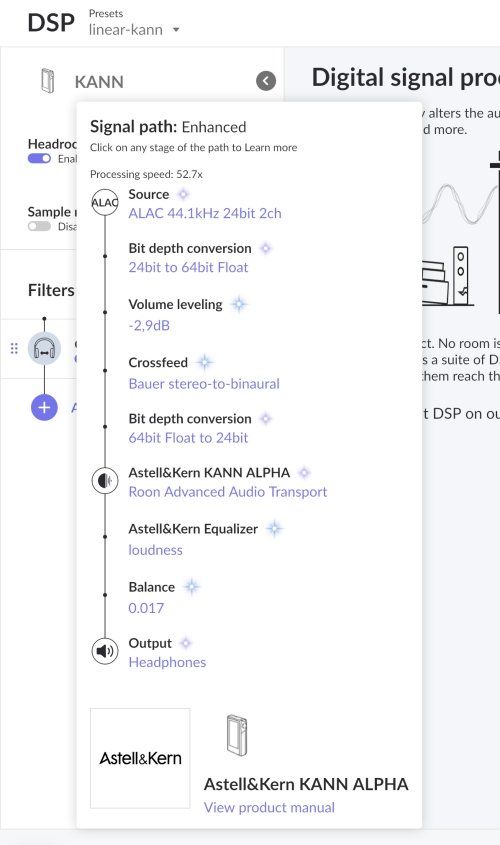 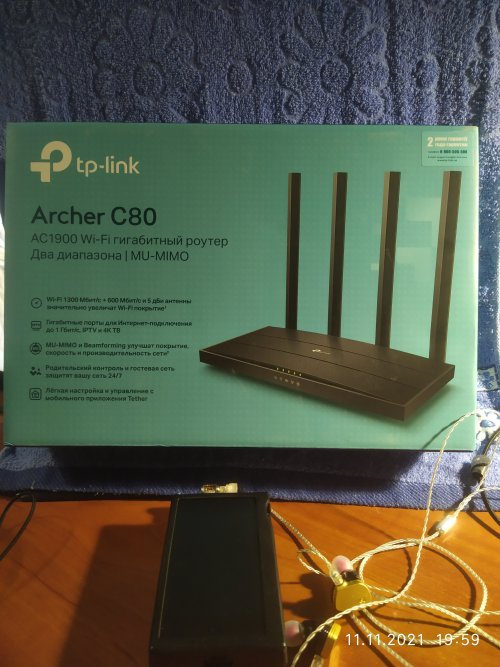 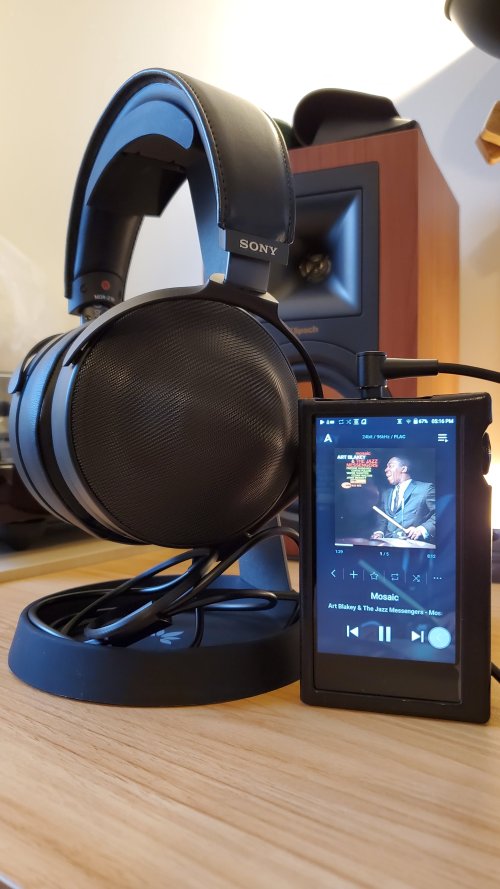 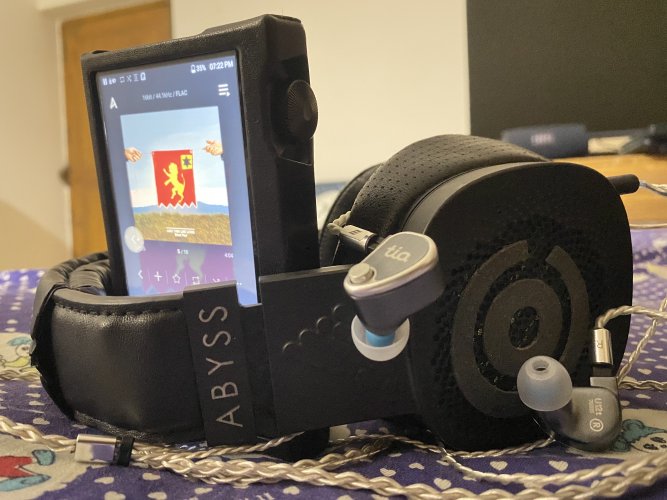 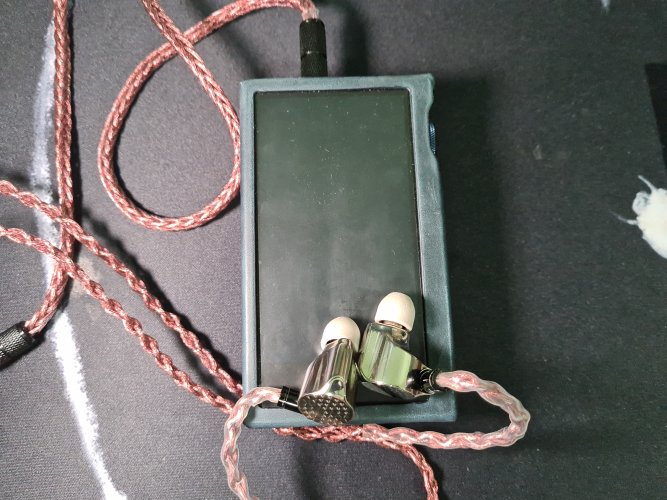 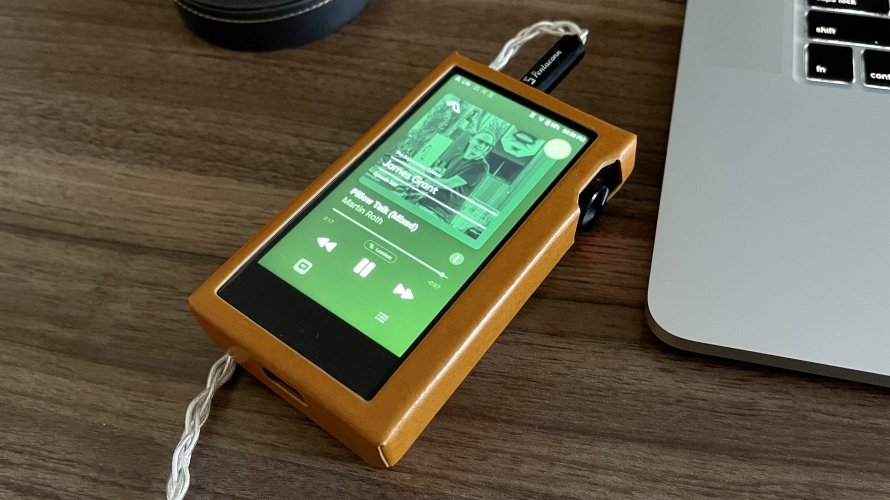 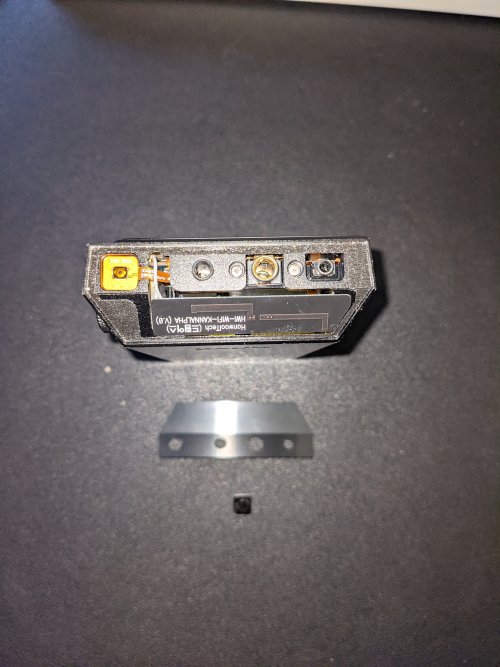 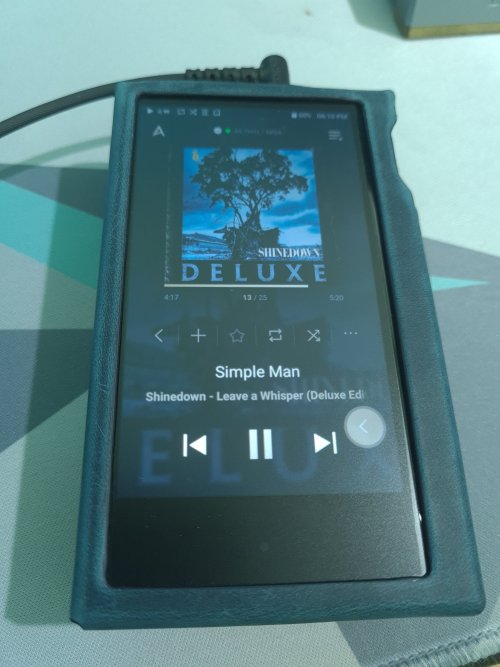 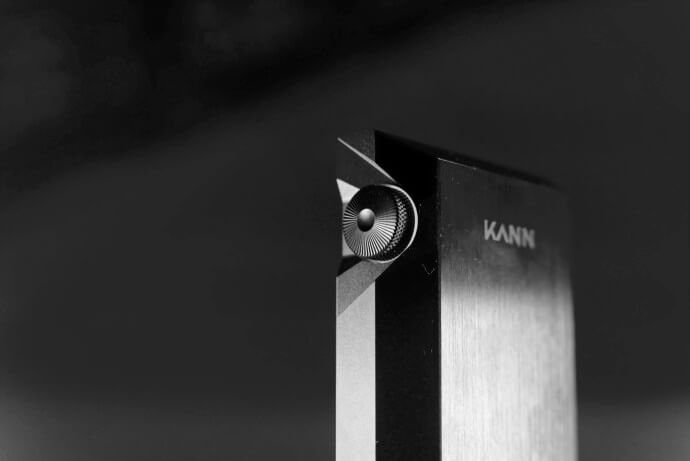 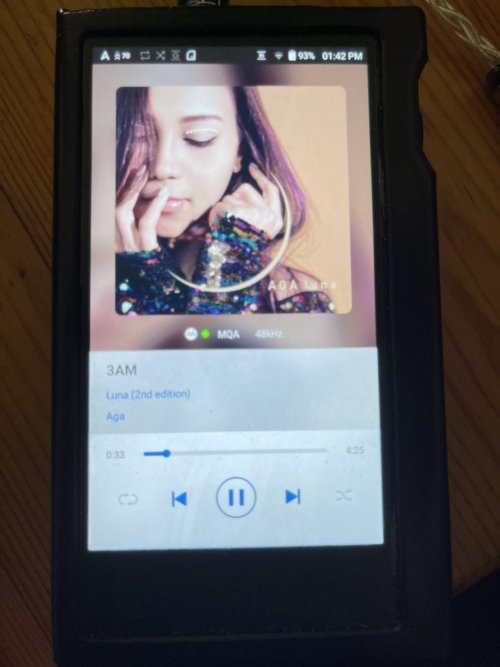 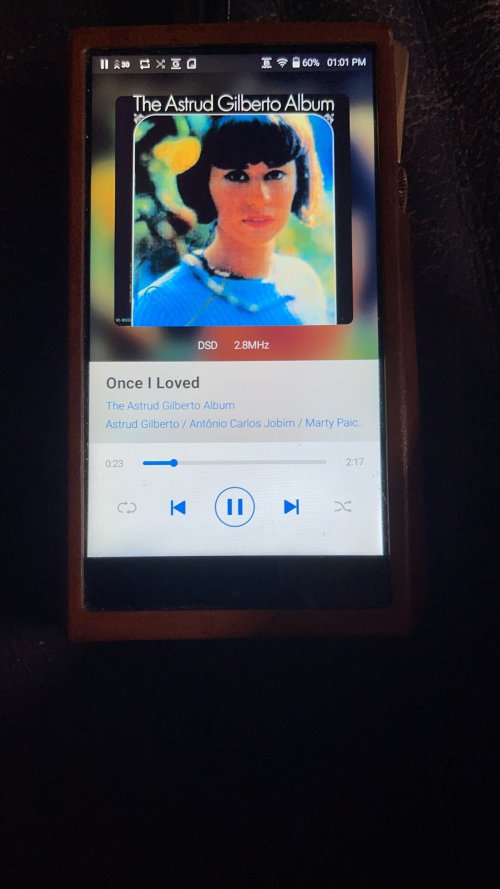 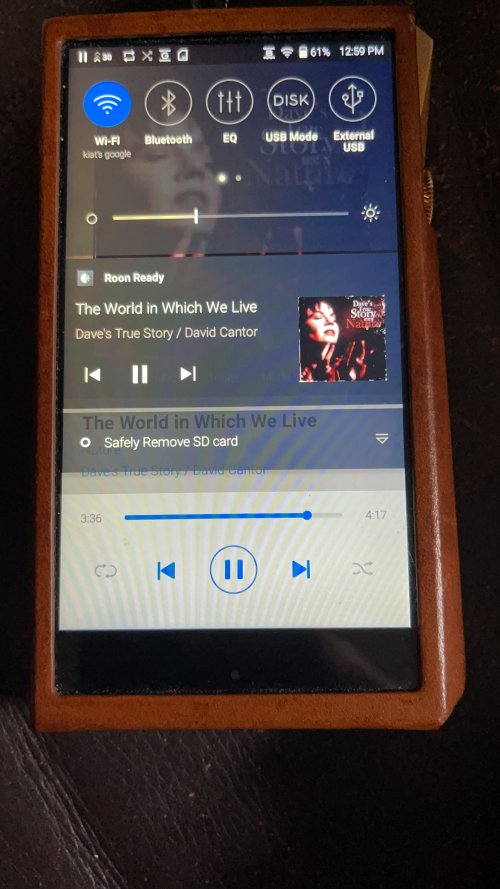 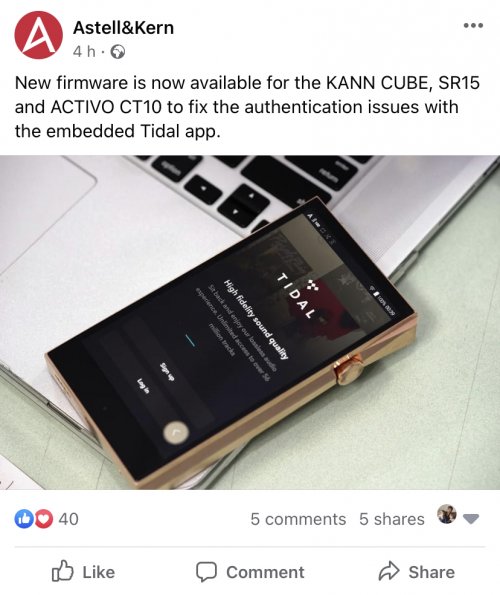 You are using an out of date browser. It may not display this or other websites correctly.
You should upgrade or use an alternative browser.
Astell&Kern Launches KANN ALPHA Digital Audio Player 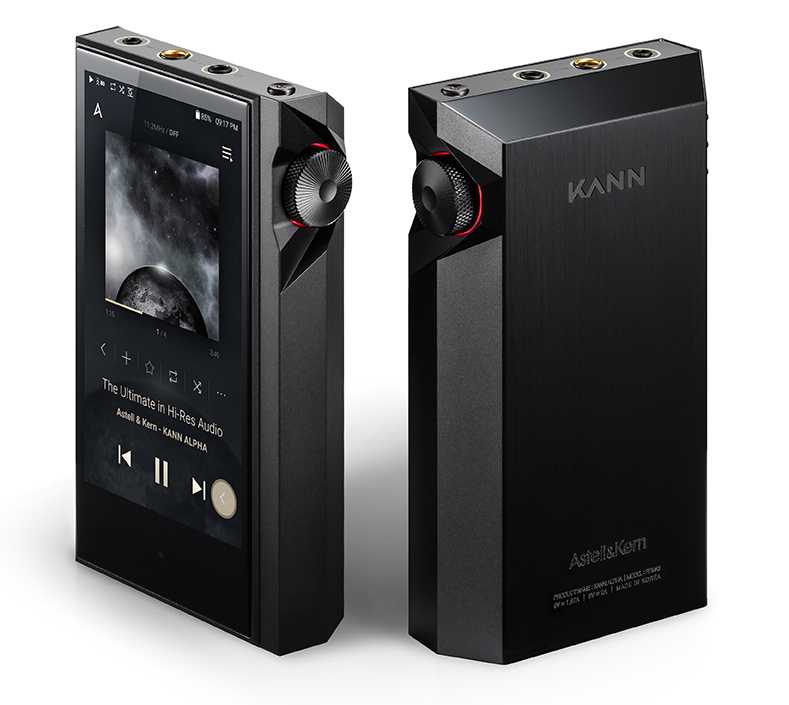 The KANN series of portable high-resolution audio players are equipped with a more powerful, built-in headphone amplifier, which allows KANN players to drive any headphone, including high-impedance headphones, without the need for a separate amplifier. Users can select between low, mid and high gain modes to provide the precise output required to drive your particular headphones. Output on KANN ALPHA via the 2.5mm or 4.4mm balanced out is 12Vrms.

KANN ALPHA is the first Astell&Kern player to feature a 4.4mm Pentaconn headphone jack. Users now have more options of headphones and IEMs to pair with KANN ALPHA without worrying about the need for adapters. Another first for Astell&Kern players, KANN ALPHA features Bluetooth 5.0 which features faster transmission speed and greater range compared to Bluetooth 4.2, therefore providing a more stable wireless connection. Both LDAC™ and aptX™ HD are supported to provide audiophiles with 24-bit audio playback wirelessly.

KANN ALPHA features complete separation of the 2.5mm and 4.4mm balanced outputs to provide noise-free audio playback. When 2.5mm and 4.4mm structures are connected only to the general mute circuit, as is the case with players from other manufacturers, they do not prevent noise interference that may occur because each output signal is not properly blocked. KANN ALPHA boasts noise-free output because Astell&Kern built an independent structure that completely blocks interference from outputs by switching off outputs that are not being used, therefore preventing noise from occurring.

With the latest quad-core processor, the user playback experience is fluid throughout navigating menu options and playing back your favorite music tracks. Other features include a 5.0-inch HD touchscreen, 64GB of internal memory with support for microSD cards up to 1TB, Wi-Fi, DLNA networking, USB digital audio output, USB-C for data transfer and fast-charge support, and the ability to use KANN ALPHA as a USB DAC for your Mac or Windows-based PC.

Although KANN ALPHA has a much higher output than most portable players, the player features a redesigned power circuit that provides stable power to the player while suppressing electrical noise. A newly developed audio circuit design provides a never before seen crosstalk measurement of 141dB, which is unmatched by any other portable audio product in its class.

Two (2) ESS ES9068AS DACs are arranged in a dual-mono configuration, providing a wider soundstage and better stereo separation. MQA hardware rendering is built into the ES9068AS DACs and support MQA 8x rendering. MQA-CD playback is also supported on KANN ALPHA when playing MQA-CDs using the AK CD-Ripper (available separately). You now do not need special, expensive equipment to play back master quality audio CDs. The listener can also further customize their sound by choosing from a variety of DAC filters provided by the DAC manufacturer.

The aluminum body on the KANN ALPHA provides maximum sound quality, while suppressing noise as much as possible. The use of laser ground extension technology provides the best sound possible, without interference or distortion. In order to minimize contact noise from the output, a gold PVD coating method is applied to the headphone connectors instead of the typical rings used by other manufacturers’ products. This improves both design and function of the headphone outputs and adds a beautiful contrast to the all-black finish of the player. A special coating is also applied to the top ceramic surface to prevent fingerprints and smudging.

Astell&Kern’s latest user interface and support for Open App service is included in KANN ALPHA, which adds Android APK support, allowing users to install additional music streaming services to their player by simply copying and installing the corresponding APK file for the music service they wish to add. Services supported include Apple Music, Amazon Music, Spotify, Tidal, SoundCloud, Qobuz, SiriusXM, Tune-In, myTuner, Bandcamp and Deezer (supported streaming services varies by country). Offline content for supported apps can be stored in either internal or external player memory so you can listen to your favorite music streaming service tracks on the go.

KANN ALPHA will be available in October for $1,099.

4.4mm output. I think this is what many people have been waiting for.
I don't look at graphs, I prefer to listen with my ears

Member of the Trade: Portable Modder

This is something that next-gen A&K flagship should consider. I am not a big fan of 4.4, but it’s definitely a good choice so that we no longer need an adapter! For those iems that only provide one available balanced plug, such as Vision Ears Erlkonig LE (only 2.5mm) and Sony ier-z1r (only 4.4), we no longer need to worry about the standards.
Personally I am still a big fan of 2.5 because it’s more portable. No issue with 2.5 plug since AK240, but I still believe this is a good move.
Last edited: Sep 9, 2020

A couple of things I do not see on the product page / specs - balanced or unbalanced digital lineout (other than what is referred to as "optical output" on the 3.5mm), and USB DAC mode. Wonder if this is where they've made some compromises to attain the really great pricing, or if they are just not included in the write-up yet.
HiBy R8 --- Sony TA-ZH1ES --- T+A Solitaire P / Sennheiser HD800 / Meze Elite

Looks like a very strong proposition and at last 4.4 bless you this is the natural evolution to go along with, it was only a matter of time

Now one thing I regret in those specs.... 1.8ohm output impedance balanced, not great.... not as bad as M15 with its 3ohms OI but... it will affect lower impedance IEMs signature (except those with FIBAE, LID, etc... tech).
"Music gives a soul to the universe, wings to the mind, flight to the imagination and life to everything." (Plato)​
Latest reviews : Vision Ears Elysium vs EXT : Brother in arms! | Tansio Mirai Spark | ISN EST50
DAP :

I’m intrigued by this new Dap and I’m going to be waiting for impressions and reviews.

It would be good to see where this sits in the overall line up of Daps. Ordinarily you would slot it in using its price point but I’m starting to wonder if, with the increasing move forward in technology, whether the the top ends specs are starting to filter down the line to cheaper models. The question for me therefore; is something released today at $1.099 possibly as good as something released say over a year ago for $1,800 or more?
IEM's: 64 Audio Trio I EE Legend X I Oriolus Traillii I VE PHoNIX I Blon BL03 I AirPods Pro I JH Billie Jean
Cables: PWA 1950’s I PWA 1960’s I PWA No.5 I Han Sound Aegis 8W I EA Thor Silver II+ I EA Cadmus
Sources: A&K SP3000 I HiBy R8 I Lotoo PAW S1 I MacBook Pro I iMac

I really like the design of the Alpha. I hope it can bring the most out of the ES9068

For sale｜64 Audio U18s
You must log in or register to reply here.