Menu
Log in
Register
Sparkos Labs SS3602 Discrete Op-Amps - Reviews
Overview Reviews (1) Gallery
Pros: Transparency, detail, instrument separation
Cons: Size, Price (compared to monolithic op-amps)
Have you ever felt like the spark that used to be there just vanished? That the world, once bright and colorful became bland and dull over time? That you no longer feel the joy, the excitement and the energy that you used to feel? If you do that means one of two things. Either your marriage is about to fall apart or you’ve caught upgraditis. If it’s the former I strongly advise you to go seek professional help instead of reading this review. If it’s the latter keep reading and I’ll tell you how I dealt with upgraditis after contracting it about two months ago.
After identifying the cause of the symptoms I immediately contacted Andrew Sparks of Sparkos Labs and ordered a pair of SS3602 in order to begin the therapy as soon as possible. I have to give kudos to mr. Sparks here. Not only was he quick to reply to all my emails but also he managed to send the package in less than four hours after I paid the PayPal invoice.  Mr Sparks’ customer service, just like his products, is top-notch. 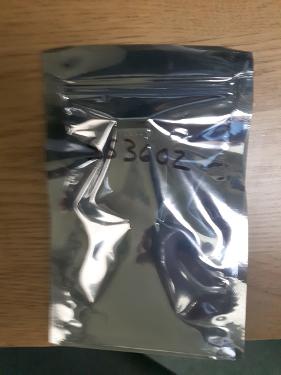 The SS3602 arrived in antistatic bags with pins protected by plastic extenders. We’re far from those cute plastic boxes Burson ships their opamps in but I’m not going to complain since apparently the bags and bubble wrap padded envelope were enough to ensure safe travel across the globe.

Just like the last time, align the markings on the PCB with the cut on the DIP-8 slot and firmly push the opamp in. Nothing too complicated. Please remember to double check the orientation before powering on your device. And please, please test the opamps with expendable headphones before plugging expensive stuff in. One can never be too careful. 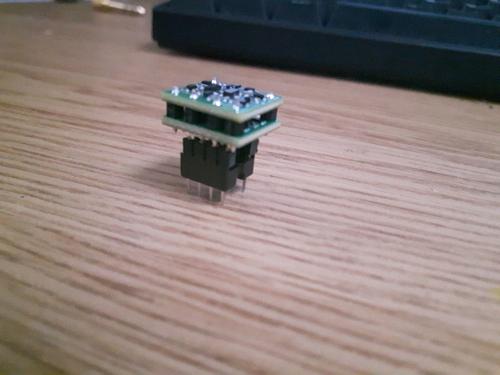 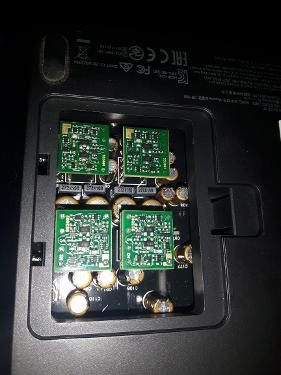 What you may have noticed in the above photo is that the SS3602 (unlike the SS3601) are too tall to fit under the back cover of the X7. That’s not too big of an issue unless you travel with the X7 a lot. Personally I don’t really care although I would totally understand if you did my dear reader.

X7 with Sparkos singles was already a pleasure to listen to but the duals pushed the device to a whole new level.
Soundstage grew so big that it reached lower parts of the stratosphere.
You know that feel when the music starts playing and for a split-second you’re wondering whether You forget to switch between speakers and headphones because the soundstage is so massive? I get that all the time now. And I love it. The soundstage is so ridiculously huge that the quiet clicks audible throughout Leonard Cohen’s You Want It Darker make me turn my head and check whether someone turned on the light in the hallway (light switches in my house make a very similar click).

Instrument separation is also received a tremendous improvement. It’s very noticeable on songs with multiple instruments playing the same, or similar parts. I first noticed it when listening to the Rhythm Future Quartet. In the videos we can clearly see two guitarists, a violinist and a bassist. The violin and the lead guitar are rather easy to pick apart, however on stock opamps the rhythm guitar and double-bass blend together and form an unintelligible mess. Enter SS3602 and this amalgam instantly becomes two separate instruments, clearly distinguishable from each other.

Next song, Ghost of Tom Joad by Bruce Springsteen and the E Street Band. I use this song alot to benchmark audio gear due to its complexity and sheer number of instruments present in the mix. I thought I knew this song inside and out, I thought that it will never, ever surprise me. So, imagine the look on my face when I listened to it for the first time after installing SS3602 and I was finally able to hear bass guitar and accordion in the mix. I knew they were supposed to be there, the concert video indicates as much, but I thought the mastering engineer went full And Justice For All… on the final mix. Turns out, it was not the engineer who decided to drop those tracks, it were the stock duals that weren’t able to handle this many instruments at once. 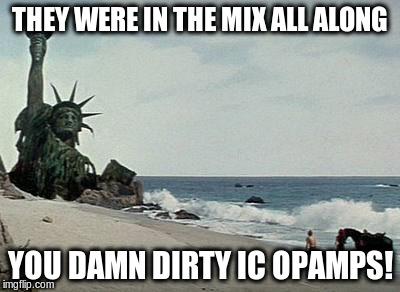 In my Sparkos singles review I made fun of the “I can now hear details I couldn’t hear before” audio cliche. The thought that a part of a song could actually be inaudible on lower tier gear seemed rather silly to me back then. And here I am now, nine months later telling You that a pair of opamps made me hear instruments that couldn’t hear before. Either their performance is so great that it caused me to reevaluate my bias or the Stockholm syndrome has finally kicked in. It’s up to You my dear reader to decide which one it is.

So, it’s time for the big question. Are the SS3602 an amazing piece of hardware? Yes, they most definitely are. Are they worth the money? Depends on your definition of "worth". To me they were worth every dollar. Should You buy them? Only if You want to crank the performance up to eleven.
Reactions: iano, Alcophone, escknx and 2 others

barondla
Nice review. You have my interest. What exactly did you put these in? No idea what an X7 is. Will these fit any other equipment?
Thanks

Yethal
I use them in Creative Sound Blaster X7
http://en.europe.creative.com/p/sound-blaster/sound-blaster-x7

They are much larger than regular op-amps and require around 1cm of clearance around and about 1.5cm above the slot. Should fit other equipment as long as the slots aren't right next to each other, or other components.

mbyrnes
Another good review! It was worth the wait for sure, glad you are enjoying them as much as you are. Sparkos for life!