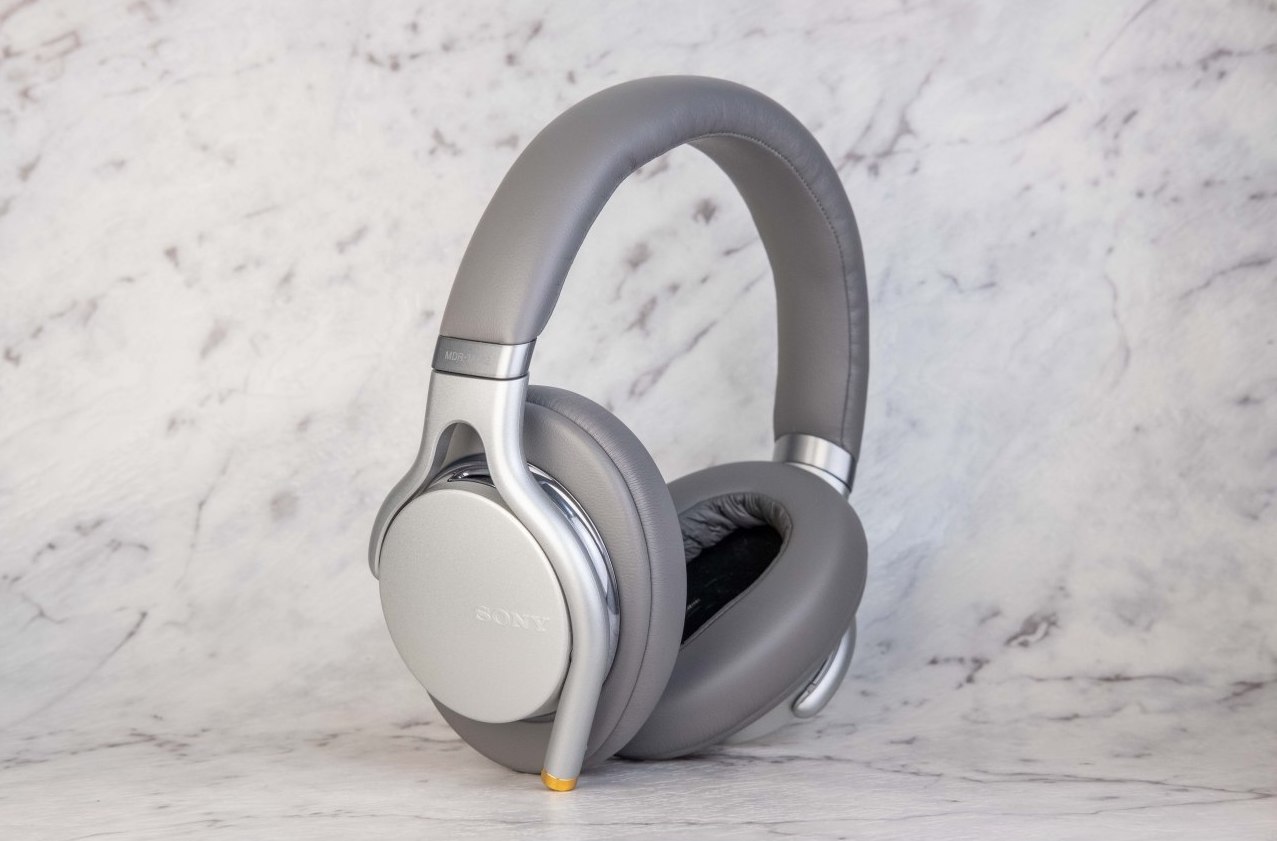 This review can also be found on my hobby website with more pictures. Do drop by!

General thoughts:
This set of cans from Sony deserves more attention. The MDR-1AM2 was tuned with Sony’s new house sound, which walks the fine line between being musical and analytical. It satisfies the average consumer, as well as the discerning audiophile, within the mid-tier price bracket. In fact, people can often get it for cheaper as there are many second-hand sets for sale. I got mine in Japan, which was on sale for the price listed above. 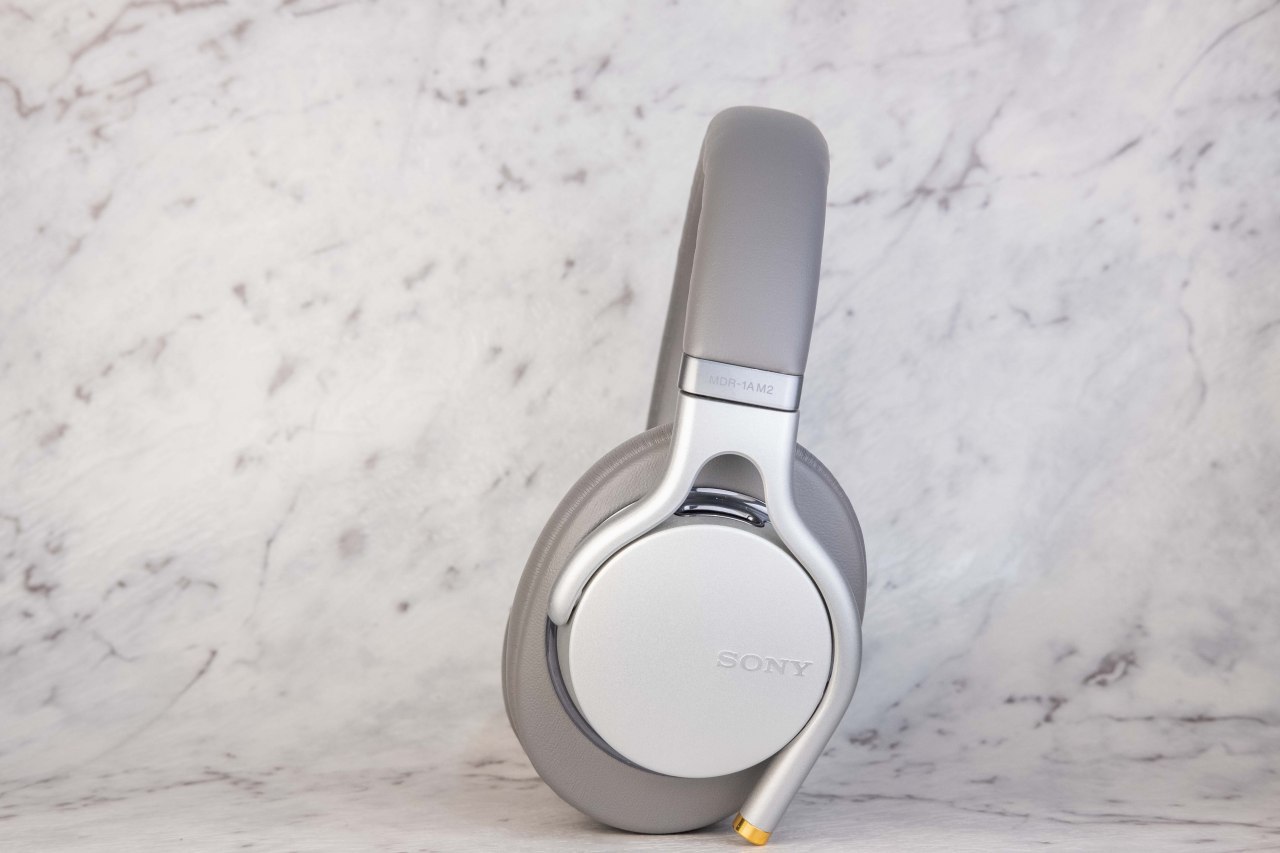 Build, comfort & isolation:
Its frame is light, with soft earpads that make these cans incredibly comfortable. Yet, the build quality remains sturdy without feeling cheap. Despite providing the comfort I yearn for on long-haul flights, I swapped out to my CIEMs on a plane as the MDR-1AM2 did little to isolate against the aircraft hum. The back vents which help accentuate the bass response could also be a factor contributing to its sub-par isolation. 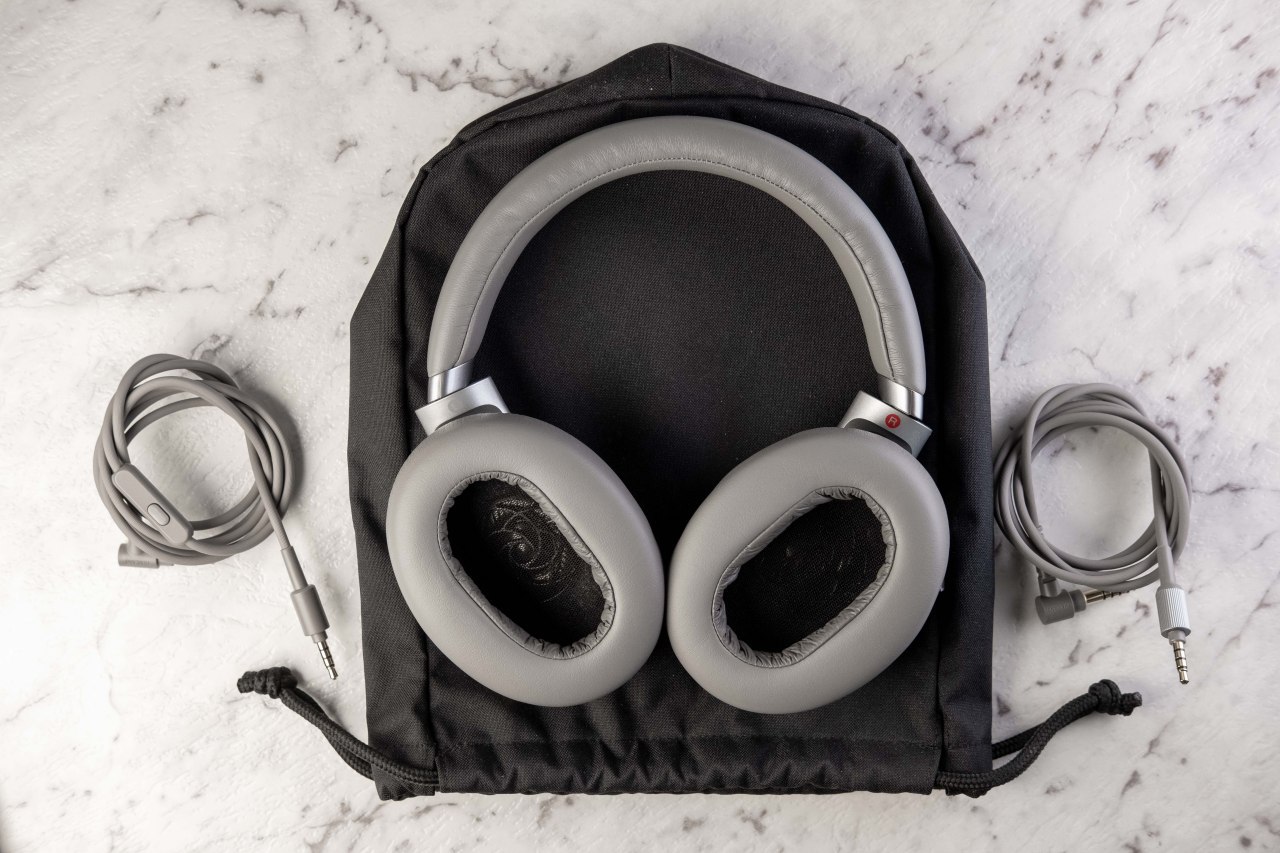 Comments on accessories:
I love how Sony includes both sets of cables, allowing for flexibility between sources. For those without gear with balanced output, it is almost as if Sony is enticing them to purchase a Walkman to get the fullest out of their new toy. The pouch has a separate compartment within itself to contain the 2 different cables which is good thinking on Sony’s part.

It should be noted that the soft earpads, while comfortable, must be stored carefully as the foam will “remember” when an object puts pressure on it, creating dents that may take some time to subside. I would very much prefer to have seen a hard-shell case at the listed retail price point, as the soft pouch does little to protect these in the confines of a backpack full of junk; especially since the ear pads must be oh-so-dearly babied.

Testing procedure:
The MDR-1AM2 was tested with my Sony NW-ZX300 via balanced output. They form a great pairing, which is expected within Sony’s “ecosystem” of audio products. I have also tested the MDR-1AM2 with a tone generator to look out for any jarring peaks or dips. While I can never be as precise and accurate as a graphing tool, I use the rough information to rationalize specific sonic qualities which I hear for myself. Take this information with a pinch of salt.

Each【X】is a reference for some of the test tracks used to come to that conclusion. The list of referenced test tracks can be found at the end of this review. This list is not comprehensive and are just a few songs out of my pool of test tracks which can be found on my website.

Sound overview:
The MDR-1AM2 has a reverse L-shape response with an airy, energetic timbre. It is inclined toward clarity, over a smooth, lush sound. Its attack transients are fast; which goes well with its accurate tonal quality to create a sense of realism. This is followed by a decay slower than the attack. This type of decay gives an impression of “richness” to the sound which is characteristic of Sony’s high-end audio gear. The MDR-1AM2 also has great, punchy dynamics which keep the sound exciting.

Sound analysis:
The 40mm DD delivers a tight bass response with incredible dynamics. It is advertised to dig as deep as 3Hz but my ears can’t hear below 10Hz at safe listening volumes. Nevertheless, hearing down to 20Hz is sufficient for me as that is fundamentally where I can feel the sub-bass rumble. With the MDR-1AM2, bass is elevated and extension is deep, with equal focus on both sub-bass and mid-bass. This attention to both aspects of the bass is realistic – the sub-bass rumble is well-controlled and the mid-bass does not mask the tone.

The DD has a nice physicality, with impactful sub-bass rumble【1】 and mid-bass thump【2】 that can be felt, possibly bolstered by the back vents at the top of each earcup. While the bass is not skull-rattling when tested with my bass tracks, it certainly has sufficient warmth to balance out the bright midrange and treble. Its boosted tight bass is probably one of the cleanest I’ve heard – Basslines in rock are snappy and not boomy【3】. The bass has zero bleed into the other frequencies, yet it can be punchy when it needs to be.

The midrange is bright but not shouty【4】. The pinna gain is characterized by a climb from 2kHz, followed by a plateau between 3.3kHz and 4kHz, before climbing again to 4.5kHz. The mentioned plateau could be the Sony engineer’s tuning method to avoid an uncomfortably hard, aggressive upper midrange by decreasing the gradient of the upslope, whilst maintaining the clarity in the upper harmonics of vocals, which it does very well.

While upper mids have an edge over lower mids, both female and male vocals have just the right amount of body to sound natural – neither overly chesty nor thin【5】. Tonal quality of vocals【6】, together with instruments【7】, are spot-on realistic, with a slight inclination towards the clarity side of the spectrum.

There is an audible rise from 6kHz to 9kHz which brings the treble region forward, with all its detail. This mid-treble emphasis works wonders with cymbals and hi-hats – they have a distinct, shimmery “crash” to them and don’t sound splashy【8】. The MDR-1AM2’s excellent resolving ability positions cymbals and hi-hats on the centre-stage, beside the vocals. This superb instrument separation also applies to the midrange, where there is zero congestion in busy rock or metalcore songs【9】.

This upper mid and treble forward signature brings out the fine details in the mix, which I have to listen hard for, in order to discern with certain gear【10】. I’m certainly not missing any spatial cues in the mix, especially the hard-to-hear ones at the very back of the mix. These spatial cues can be heard in the instrumental versions of tracks, but often get drowned out by lead vocals in the original versions. Learning about the rise in this region may raise wariness of harsh vocal sibilance, which can be a deal breaker for some. Fortunately, the vocal sibilance on the MDR-1AM2 is well-controlled – it is tame during playback of my test track for sibilance【11】. In fact, I love how the upper mid and treble response of the MDR-1AM2 gives orchestral woodwinds and brass a breathy quality【12】. The crescendo in my orchestral test tracks sound grand and I recall it inducing goosebumps at first listen【13】.

The MDR-1AM2’s airy timbre can be attributed to its excellent treble extension. While advertised to sport a frequency range of up to 100KHz, my ears are unable to hear anything past 17kHz with this unit at my usual listening volume. The MDR-1AM2 has minute audible bumps at 12kHz and 14kHz, and extends past 15kHz. This subtle attention to the upper harmonics of the treble contributes to the MDR-1AM2’s airy quality.

The Sony MDR-1AM2 opts for a more spacious presentation, as compared to an intimate one. This could be due to a slight dip in the 4.5kHz to 6kHz region after the pinna gain which reduces midrange presence. The slight distance of the vocals from the ears, combined with the airy timbre create a perceived spacious headstage. While not incredibly wide sounding as with some open backs, the MDR-1AM2 is still spacious within the confines of my head. Its solid imaging chops work well within the space, accurately positioning spatial cues where they belong along. Although the headstage is much wider than it is deep, the MDR-1AM2 is by no means a wall of sound and a z-axis is clearly perceptible.

The overall presentation described above gives the MDR-1AM2 a nice ambience too. These headphones can accurately depict venues from studio recordings to orchestral concert hall performances and portraying massive crowds in live arena performances 【14】. It is easy to immerse myself into the music.

Overall, not only does the MDR-1AM2’s tuning cater to most consumers, it also caters toward many genres. This is certainly not a case of, “Jack of all trades, master of none”, as it is a solid performer with anything I throw at it.

Who is this for?
To me, the Sony MDR-1AM2 is the epitome of the classic “something that has good bass, clean and crisp mids and highs, but not too harsh” sound most people ask for, including me. The audio engineer(s) nailed the sound with this tuning, creating a headphone inoffensive to the ear. While they may not be completely to your liking, I doubt many can say that they are “bad” in any way. These cans are not for those who:
But the MDR-1AM2 may fit the bill for those who:
Would I change anything about it?
The only thing I would change about the overall package is to have a hard-shell case included, especially at its listed price point of 299.99 USD. There is absolutely nothing about this headphone I would change sonically.

Concluding thoughts:
With the popular Sony WH100XM3 being slightly more expensive at the time of release, it’s easy to see why this doesn’t garner as much attention online, being a wired set with no noise cancellation function. The WH100XM3 isn’t far off in terms of comfort, only being slightly heavier. However, I have never done a direct comparison between the two and thus I cannot extensively comment on the differences in sound quality.

In my opinion, the MDR-1AM2 is primarily a set for those who want something comfortable for home listening, but don’t want to go to the extent of full-sized headphones with a dedicated amp. They aren’t power hungry and sound good out of my smartphone. While it does benefit from having more power and better circuitry from its source, it isn’t necessary – it just sounds slightly better out of the ZX300’s balanced output as compared to my Samsung smartphone.

I hope this helps, I am happy to answer any questions!

dooxtypoox
@Gamerlingual I do not have either of those amps to test with so I can't help you out there with specific info. But, I can confidently say that you don't need to go out of your way to purchase these amps to go with this pair of headphones. They do benefit from the extra juice but not by leaps and bounds. My good ol' Fiio A3 single-ended 3.5mm output is enough to make these sing!

If you already have either of the amps you listed, that alone would make your purchase much more worth it!

I hope this helps

G
Glutenfreechips
do you know how tall and wide the inner dimensions of the earpads are?

dooxtypoox
@Glutenfreechips The inner dimensions are 6.8cm tall and 3.8cm wide. My ears measure approximately 6.5cm and 3.5cm, taking the longest measurements. This may be why I have no comfort issues with these over-ear cans

The "wrinkled" inner ring seen in the top-down picture above is really soft so I would guess that these cans would still be comfortable for ears within that ballpark.
Read more…