Menu
Log in
Register
NF Audio NA2 - Reviews
Overview Reviews (1) Gallery
Pros: Expertly balanced tuning. Have you ever had a neutral tuned earphone but wanted some bass? Spacious neutrally balanced dynamic tuning with very good imaging. Not one part of the sound tuning stands above the others. Ergonomic shell that is very comfortable for hours of use. Easy to drive and is not so picky of sources. High strength polycarbonate frosted shells are strong and light.
Cons: Average isolation, protruding 2 pin design, average accessories pack. Cable has a stiff ear guide.
NF Audio NA2 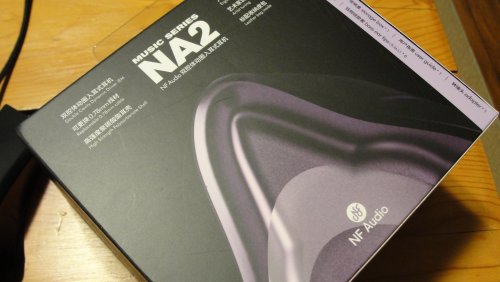 I would like to thank NF Audio and Penon for the review sample of the NA2. The NA2 was provided for the purpose of a review. These are my thoughts about the NA2. 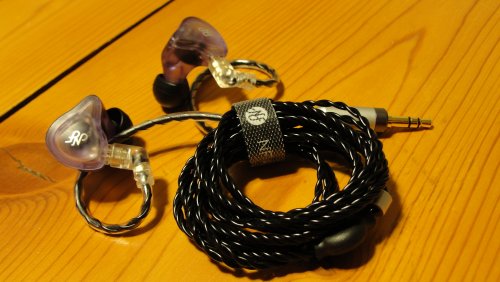 NF Audio is making a statement with their in ears. While not the most cutting edge in the way they look. What looks like your random new in ear with a design that is arguably somewhat common looking has nothing to do with how they actually sound. In fact these are most definitely tuned by folks that know how to tune. I recently found out NF audio used to make custom earphones so here is where that sound pedigree kicks in. The technology behind these drivers are remarkable exemplified in their NA1 and now the NA2. 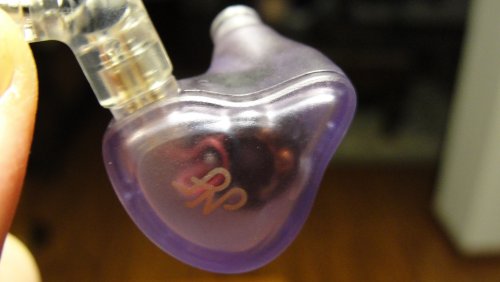 The NA2 seems like a retuned NA1 to me, you can read my review of them here. NA2 comes in a nice unique packaging with not much in the way of accessories or a fancy looking box. It does continue the CD packaging motif with the shells embedded. A simple zip up clam shell and 2 sets of silicone tips. I was very impressed with their NA1 so I had some expectations of the sonic performance of the NA2. Especially since it is using the same driver and similar housing configuration as the NA1, so do these live up to my expectations? Let's find out. 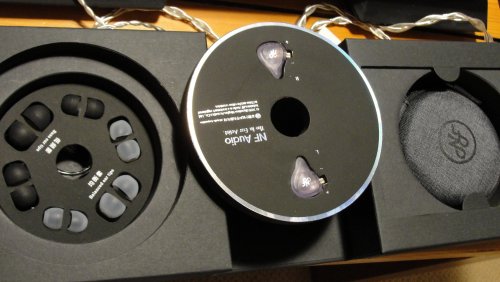 The NA2 has 3 varieties of shell colors to choose from. Purple frosted, green frosted and clear frosted. Housed in an all plastic universal semi custom over the ear design. Also incorporates their protruding female 2 pin .78mm design. They come with tips that enhance a bit of the bass and another set that has a more balanced take on the sonics. Testing these tips has a more subtle effect on the sound and has a slight effect with the intended purpose of enhancing a bit of mid bass and or increasing a bit of treble to balance out the sonics. To be honest both these tips were shelved for my JVC spiral dot tips which gives the advantages of both types of tips that was included not to mention fit better for me. So tip rolling is encouraged. Like you need to be told that.. 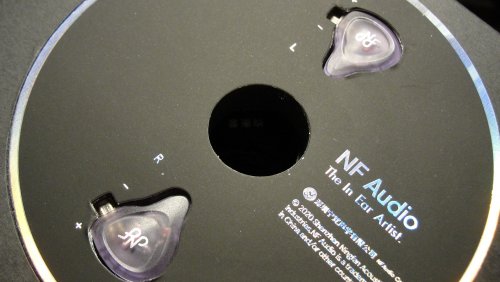 Build wise, they look and feel solid to me but I don’t purposefully bang a housing of an earphone just to test out how sturdy they are. I have no doubts with regular use these should last the duration of your use. One issue I had even with their previous NA1 and now the NA2 is that the protruding 2 pin allows for aftermarket 2 pin cables but ends up sticking out of the housing more than I would like. I hope they will consider a recessed 2 pin design in the future. 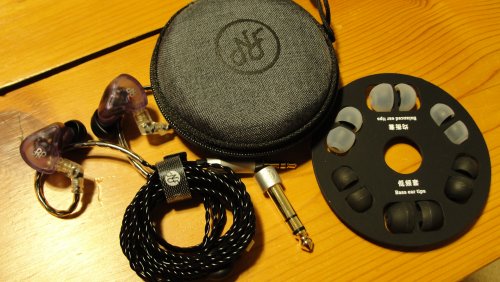 Single dynamics has seen a resurgence of late and these NA2 are showing that there are advancements that can still be done with the single dynamic design and not cost a lot to do it. The Tesla magnet brings forth the ability of the full ranged sound with increased fidelity, transparency and dynamism. This is without a doubt something to take note and while Beyerdynamic at one point was the only manufacturer making dynamic in ears with their tesla magnet flagship in ears. We now have more samples of the tech which NF audio has incorporated here. Using dual cavities and dual voice coils on the dynamic design. It does end up showing a better realized dynamic range in the sound tuning vs your average dynamic in ears.

In redesigning the sound balancing of the NA1 I am certain the NA2 was born. It is interesting that NF audio has simplified the looks using simple vented shells and retuned them to have more balance. NA1 has a distinct U shaped sound design to them and in the NA2 they lessened the treble end of the tuning on the NA2 to have better tonal balance with equal parts bass mids and treble. In using a more simplified shell, these now go for a good $70 less than the cost of their previous NA1 model. I was told the NA2 is their first mass produced IEM vs the NA1 which was individually hand made. So what do you get in this new revision? 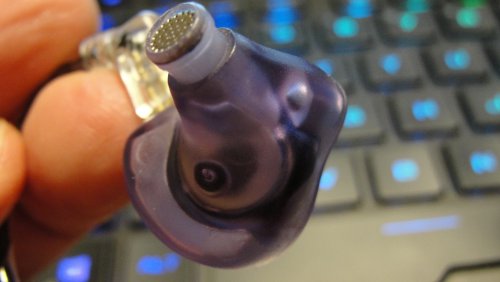 The treble end of the NA2 while not as extended or prevalent as the NA1 actually has good amount of proper presence to the balance and is detailed enough not to sound like it is lacking in the region. Treble completes the balanced sound signature and it is more proportioned here vs the previous in ear the NA1. I can tell due to the tonaily being more neutral vs cooler/ brighter in the NA1. You don’t get treble detail forced into your hearing here. Treble comes natural and proper which overall makes the sonic qualities of the NA2 more balanced and even sounding.

Treble does not stand in the sound design like the NA1 but retains good implementation and technicality. Sounds more tuned for lower treble emphasis vs the upper treble like the NA1. While not the most refined treble. You can’t expect high end treble on these but it does sound complete with decent extension and definition in the region. Treble still retains shimmer but now has the right amount which doesn't overshadow the rest of the sound like the NA1 does.I don’t hear any part of the treble having excessive peaks from just listening to various test tunes I use for reviews. Overall I am happy to report that treble sounds natural with good extension without any type of fatigue or stridency. 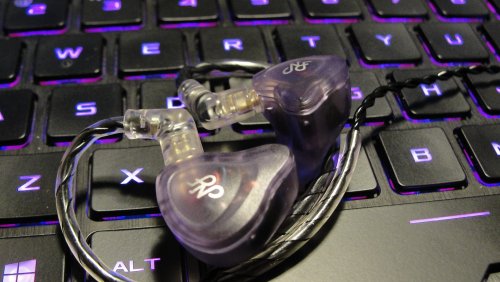 Mids actually benefit from the lessened treble end from the NA1 design. Mids also exhibit a very natural degree of presence. Not distant or recessed but not really forward in the mix. The mid bands now have a better, more even feel. Both male and female vocals have equal footing on the mid bands and has an enjoyable smooth tone to the mids. I find instruments also exhibit accurate tonality and timbre in well recorded tracks with a good amount of staging. Exhibits a wider than deep or tall staging. With a bit less lower mid emphasis than upper mids which gives a cleaner sonic production to the NA2.

The mids sound a touch on the dry side which is more of a nit picking in the area than anything actually has a good realized mid range that isn’t really lacking in detail or imaging. Lacks a bit of dimensionality to the sonics which is much easier to do with BAs. So it does show a solid level of dynamic characteristics which is much more natural for instruments and vocals. Overall due to the well balancing tuning on the NA2. These have a very versatile sound which sounds great for just about every genre of music. 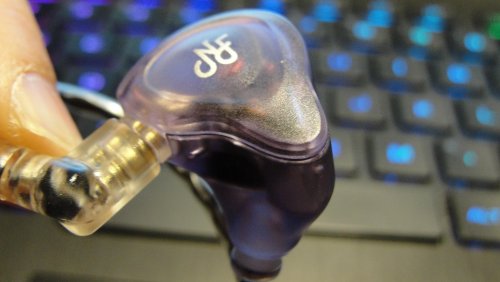 Much like the bass end of the NA1 the NA2 has a similar amount of emphasis. And here we get bass focussed toward the sub bass regions which helps retain that clarity in the mid bands. Bass is one of the strong suits of this particular dynamic being used for NF audio earphones. The bass end has no real weakness when it comes to detail. While not the speediest of bass notes it does exhibit a good ability to become any type of bass note needed to compliment the tune.

Bass does not exhibit any type of roll off in the region so bass comes complete with a good show of low reaching rumble and is textured. The NA2 reminds me of the budget in ear the Tin audio T2 which was a good phone up to the bass end. Then there was almost no bass to speak of. Here is where the NA2 shows up. Bass on the NA2 has great ability in the region and will reproduce any bass note. Mid bass is less than the sub bass but has good solid impact and authority when called for. 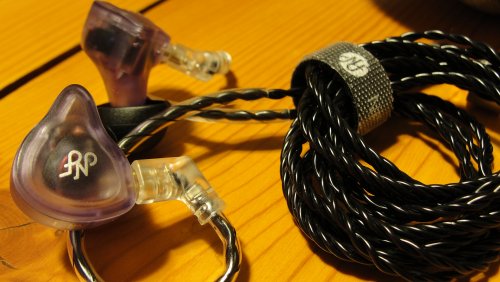 These also remind me of the Mee Pinnacle P1 in ears which was generally tuned neutrally but also lacking in sub bass. For the most part due to the neutral amount of mid band emphasis these are neutrally balanced more than having any part of the sound really standing out but due to the bass end having more ability than the previous mentioned in ears. These sound more complete and actually has the better versatility due to these having a good complete bass end to them.

In conclusion, while there are some stiff competition in the market at this price range. These are compelling due to their well balanced complete dynamic sound. The tech used for these in ears has shown me it can have a better, more full ranged sonic ability that a lot of in ears struggle to do in the price range. These are arguably one of the better single dynamics designs in the price segment. If you are in the market for a budget friendly in ear that has balance, a versatile sound complete with good treble, a smooth mid range to a great low end ability. The NA2 makes for a great in ear to have and use on a daily basis for your EDC. As always happy listening. Thanks for taking the time to read.
Last edited: Feb 8, 2020
Reactions: kmmbd and courierdriver