Pros: Neutrality, Soundstage, Resolution
Cons: Price, mostly.
Here's a little review I decided to write up about my current CIEM of choice, the Jerry Harvey Audio JH13Pro. Though most reviews are based on comparisons with other models, I will try to base my review on what I can hear with a choice of music, along with the different gear used. I also refuse to quantify my findings by measly scores. As this is also a review of a custom, I will also explain the process of how I got the CIEMs in the first place.

Please note all listening is done subjectively and IT IS ULTIMATELY UP TO YOU if you plan on actually acquiring a piece of hardcore gear, and if it fits your style of listening.

A little about me:
Ever since starting high school, I've loved music. I began with typical pop, to typical pop-rock, eventually exploring metal. Going through college I eventually started going through more musical styles, from Progressive Rock and Metal to Death Metal, and started venturing into other genres. Also I began my headphone journey, unfortunately with a pair of Beats headphones and even earphones. Eventually sometime in the late 2000s I got a pair of Sennheiser IE8s and they became my constant companions up until 2012, when I began my hifi journey with the AKG K3003.

Today I collect headphones and earphones, eventually going for CIEMs in late 2012 with the FitEar MH335DW. My musical tastes have expanded to Jazz, Classical, Electronic, Hip-Hop, and more. 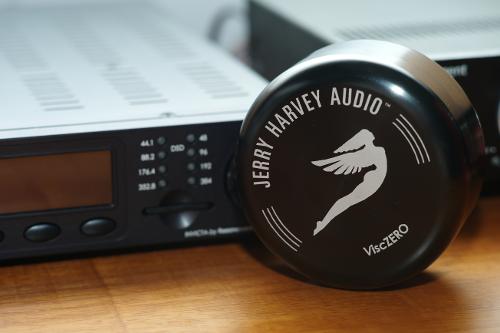 
Intro:
Go to any CIEM review or news site/forum/whatever and somewhere in there you will read about Jerry Harvey Audio. For those who don't know him, his name has been synonymous with high-end CIEMs for some time, wowing the industry with his work with Ultimate Ears and since then, Jerry Harvey Audio itself. JH Audio specializes in "Custom In-Ear Monitors for Rockstars" as their polo shirts read, and taking a quick look at their client list (http://www.jhaudio.com/about/client-list) its hard not to notice the names.

I never personally thought about customs for some time, thinking it would be difficult to actually get a good pair, considering how much shipping and customs would be, living in the beautiful country that I live in, but after a very good experience with my first CIEMs, I decided to try another CIEM brand, this time in another country. I began to email Ultimate Ears about their UE PRM (whose customization of sound interested me a lot), but after some convincing from a good friend (and fellow audiophile) I went over and emailed Jerry Harvey Audio about getting a JH13Pro. What interested me about this pair was the great feedback it had been getting, especially when it comes to its clarity and balance, especially thanks to the FreqPhase option introduced by Jerry Harvey for the JH16Pro (its big, bassier brother), the JH3A, and the JH13Pro. It was a breeze to work with Corbyn Grieco of JH Audio and after sending my impressions in, even after a few hiccups in the process, we were able to work it out. I was able to visit their offices in Orlando and pick up my JH13s from them directly.

But enough with the introduction, let's get down to business: 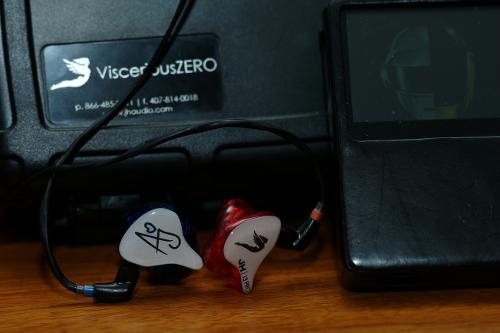 Easily one of the best albums of all time, Daft Punk's Random Access Memories shines brightly with the JH13Pro. The bass hits hard but the mids and highs shine, from the first to the last track. Listening to "Give Life Back To Music", the instruments are clearly rendered, when the bass drums hit, they punch and give that little oomph that just makes your heart beat just a little bit to feel that bass. When the hi-hats go, they have that little sparkle at the end that makes the cymbals shine. Vocals are rendered beautifully, especially on "Giorgio By Moroder", even just listening to the interview with disco legend Giorgio Moroder, you can get enthralled by the beautiful mids of the JH13Pro. Resolution is so crystal-clear you can even hear the plucking of the bass guitar, especially on a track like "Fragments of Time", even the left-to-right and vice-versa movement of the synthesizer. All in all, this album shows the versatility of these amazing CIEMs.

One of the greatest challenges (at least one thing that I feel is a challenge) for earphones and headphones (and even some speakers!) is speed, in terms of if the earphones can catch up to instrument speed, and one of the finest tests is the insanely fast drumming of Lazarus A.D.'s drummer. I find that many earphones have difficulty rendering the speedy drumming of this album, which is why I use this record to test how "fast" the earphone can be. Amazingly enough, the drums (especially on the first track, "Last Breath") are well-rendered and the JH13 can actually catch up to the drums and guitars and even separate them well that they all sound like individual instruments, and even exist in a wide soundstage. When the drums start rolling, you can even feel like they are working in tandem, but are controlled by separate hands, thus giving a sense of intense realism in the psychoacoustic space the JH13Pros give.

Still one of the most amazing live recorded albums of all time, Jazz At The Pawnshop is well rendered on the JH13s. Even the applause by the audience and their conversations in the background are well-rendered and give this surreal realism, a feeling that you are actually in the space of the Jazz club this record was done in. A wonderful display of musicality and skill, as well as a great way to relax with great gear. I have nothing else to say that's already been said. 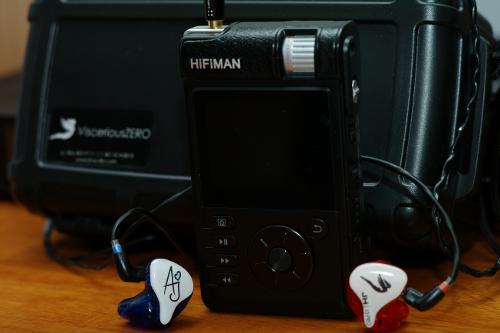 Final Thoughts:
I can't really say anything bad about the JH13Pro, especially when they sound as amazing as this. I know it seems like just a lot of praise but its well worth it. Of those friends whose ears magically fit my JH13s, I can say that all of them love the resolution and clarity these CIEMs bring. If you like clarity and resolution, with a touch of warmth, I'd gladly recommend these CIEMs to you. I can't wait for what else JH Audio will come up with, but I expect it to be amazing (I'm looking at you, Roxanne!)

agbassano
Thanks for your review!

It would be really interesting to know how the JH13s compare to yore Orthos?

What did you get to listen to? Why did you select the JH13s over any other offering?

@agbassano JH13s are great "everything CIEMs". I picked them over the 16s because I wanted something less bassy (after the MH335DW)

@Tomotan Thanks!
Pros: Wide Range, Neutral, Detailed, Dynamic
Cons: Expensive, time consuming to get
I should probably not write this review at all, because I don't have enough experience with other types to make a good comparative evaluation.
However, I did try several common models with prices ranging through about $400. I thought they all sounded awful.
So, wanting something good, I took a chance on these based on great buzz and little sense.

I love them. They take care of the comfort factor by being custom made. Even being driven by an IPhone they sound so good
that I have no further interest in other IEMs. I'm a Mahler junkie and these can both unravel his complex scores and sound
great in quiet passages. Other things are equally good; they don't seem to favor one genre over another. If you
want all of what's on the driving device these will get it for you.
Pros: Unbelievable overall sound quality, great fit
Cons: expensive
Just a short review - all the praise lavished on these in the JH13 forum (a million posts long) is deserved - I upgraded from the Ety-6i to the Q-Jays to the UE-Triple Fi's to these.  I can't comment on value, since I got these used at half off, so they were an incredible deal.  But they're just amazing across the board- I never knew that bass response could be this full and rich and accurate.  The sound is improved with a good DAC and (low gain) amplifier, but sounds incredible right out of any decent portable source.  I take them everywhere with me and listen to them constantly.

EricHawaii
Can you share on who you picked on doing the re-shelling?
Read more…