Pros: Excellent sound whether used wired or via Bluetooth, looks great in stealth black, battery performance, controls feel intuitive (but that's personal preference)
Cons: Prototype needed more padding on the headband, and more room to expand for large heads (both being addressed on the production model), clamping force is tight by necessity, no ANC or DSP (though that could change down the road) 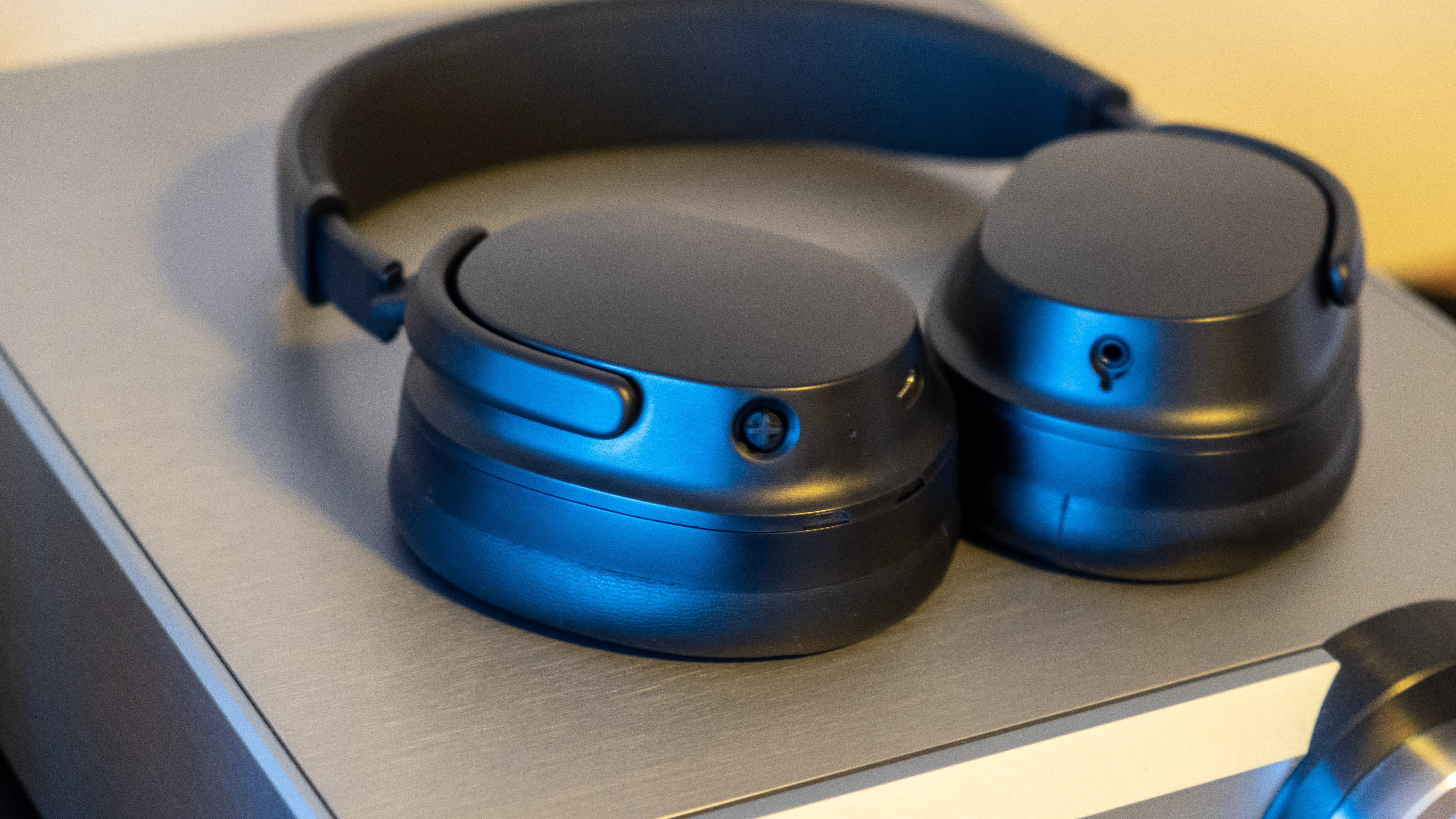 Long story short: Oppo Digital used to be a player in the audio market. They had some of the best universal Disc spinners around, which were very highly regarded both for their audio and video performance. They also had an excellent line of planar magnetic headphones - the most popular of which seemed to be the PM-3 ($399).

It's been nearly 2 years since Oppo left the market, and many of us still miss their contributions. I regularly use the Oppo UDP-205 player (with ModWright upgrades, though the original was great too) and wish I had purchased a few more when I had the chance (second hand pricing has skyrocketed). But the Oppo product I arguably see most demand for is the PM-3. It occupied a relatively niche spot - a great sounding, portable, planar magnetic design which is still fairly appropriate for home use. Not a ton of competitors in that category.

Drop (formerly MassDrop if that name is more familiar) made a deal to purchase some of Oppo's intellectual property, and has put it to good use with the new Panda headphones. It takes the beloved PM-3 and augments the design with wireless capabilities, whilst maintaining the same $399 asking price. On paper, that sounds like a winning combination right? 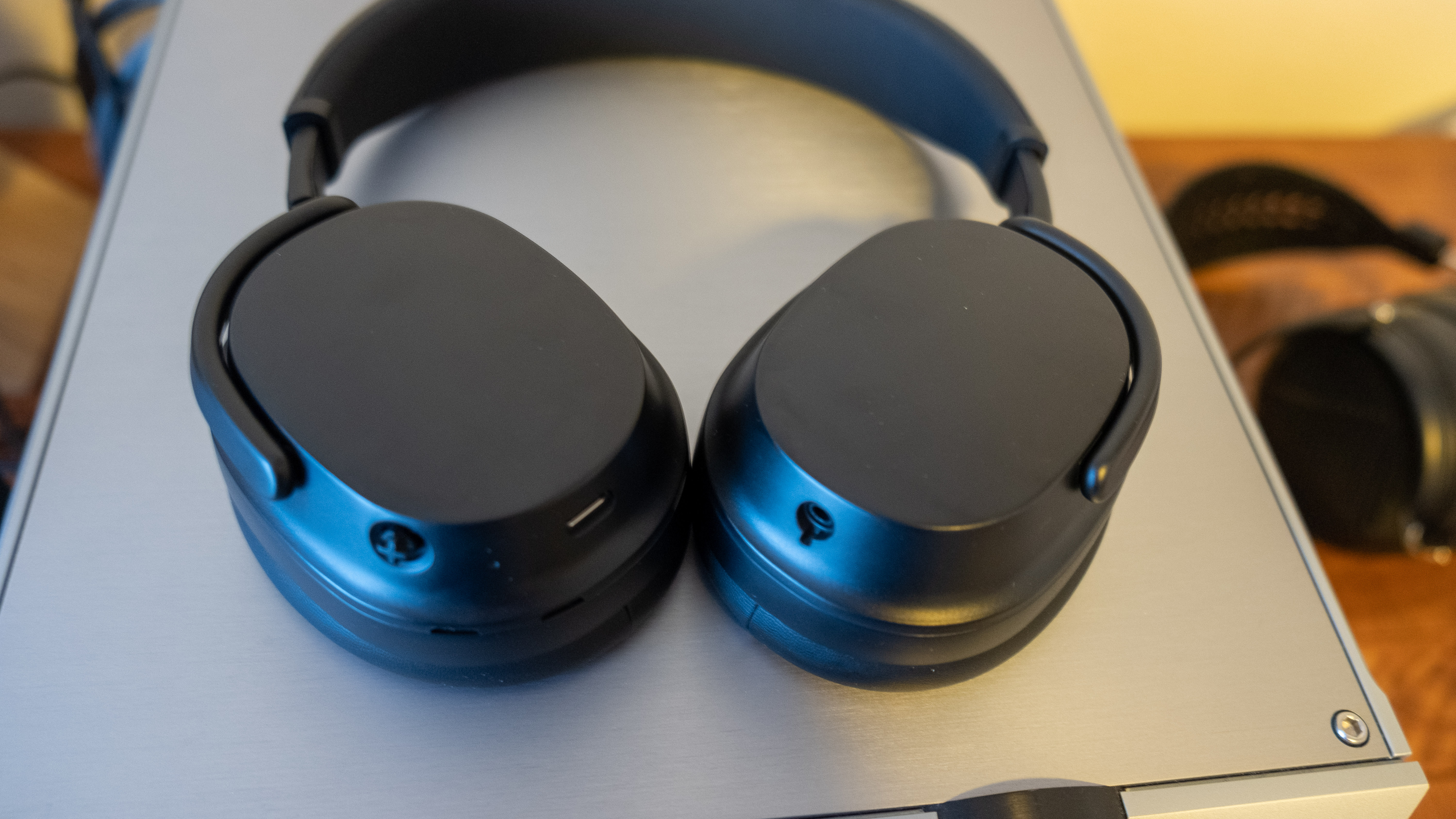 As with any headphone design, implementation is key. Transforming a traditional wired headphone into a wired design offers many opportunities to screw things up, but fortunately Drop did a great job here. They not only kept the wonderful PM-3 sound signature but actually improved it to a small degree, which is not something I expected.

In order to make this happen, Drop uses built-in discrete amplification with THX AAA technology. This drives the headphone directly - no intermediate sound shaping through digital signal processing or noise cancellation, which are usually found in this sort of headphone. That means excellent battery life (30 hours or longer) and no major change in sound when switching to passive mode using the included headphone cable. There are two microphones on board but so far they are only for use with phone calls. Drop has toyed with the idea of later adding some sort of ANC and/or DSP for user adjustable EQ, but that's all speculative at this point. Just know that for now, what Panda offers is a direct-to-driver wireless experience that mirrors what we get when driving it via quality (external/wired) amplification. 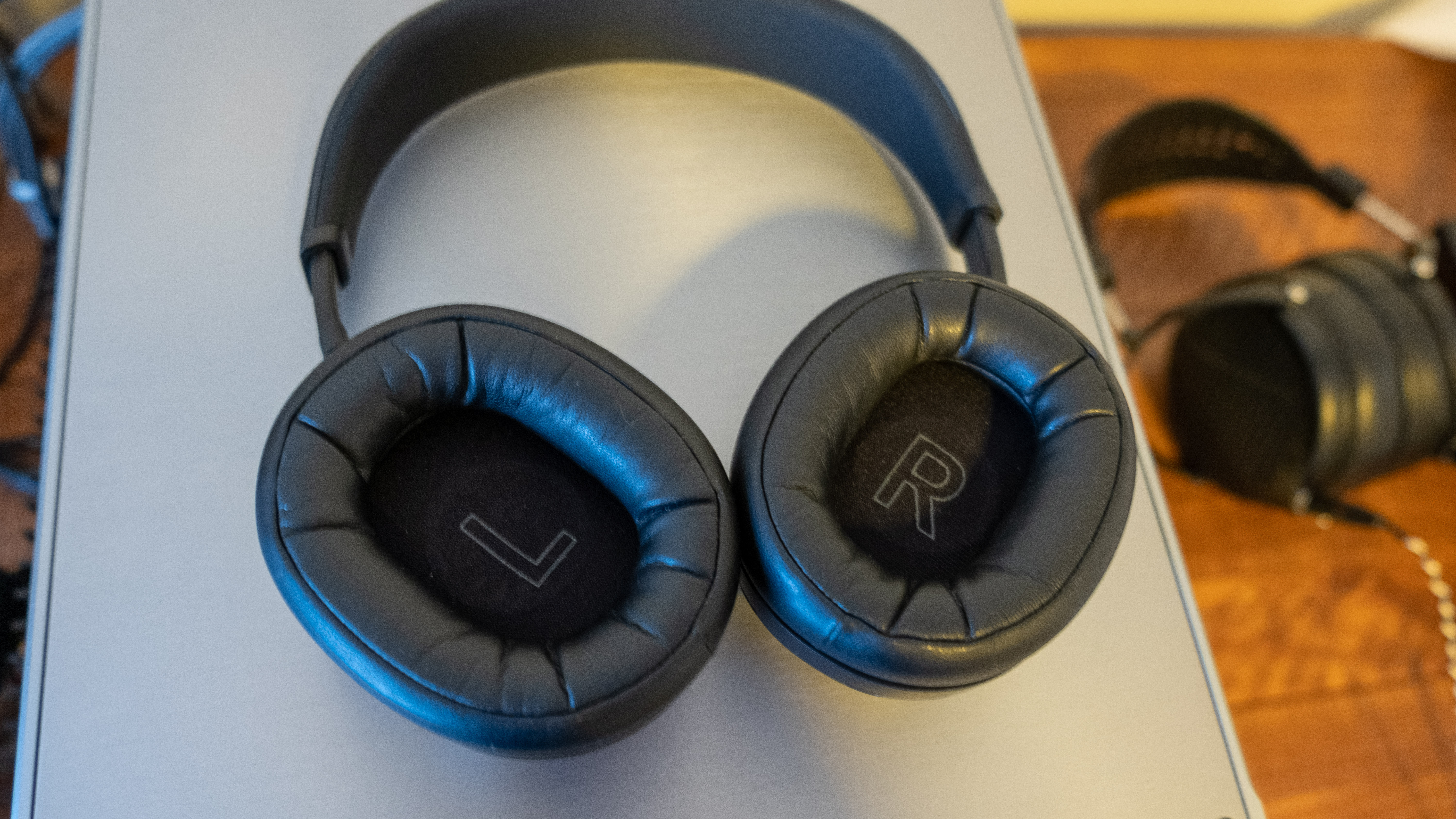 Bluetooth capabilities are fairly comprehensive: I could be forgetting a few, but so far I recall basic SBC plus AAC, aptX, aptX HD, aptX Adaptive, and LDAC (although LDAC was not yet implemented in the firmware on my review prototype). I don't always care about having so many options but with a headphone of this caliber, the improvement from one codec to the next is more noticeable. I mostly listened with aptX HD and was very satisfied with what I heard. LDAC - at the highest 990kbps setting - has potential to sound even better, so I'm glad it is present here even if I could not test it out for myself.

Controls are handled via 4-way rocker which also does push-to-click. It's really low profile and I initially had trouble finding it while wearing the headphones. Eventually I got used to it, and actually quite like it now. I find it simple and intuitive but your mileage may vary, and I know some people may prefer side mounted touch-controls or other solutions. Charging is accomplished via USB C and going from empty to full supposedly takes around 2 hours. Note that I've heard talk about connecting Panda directly to a phone or other device via USB, which would be a handy option to have, but I never actually tried it myself. Not sure if that will end up being a feature in the production model or not. 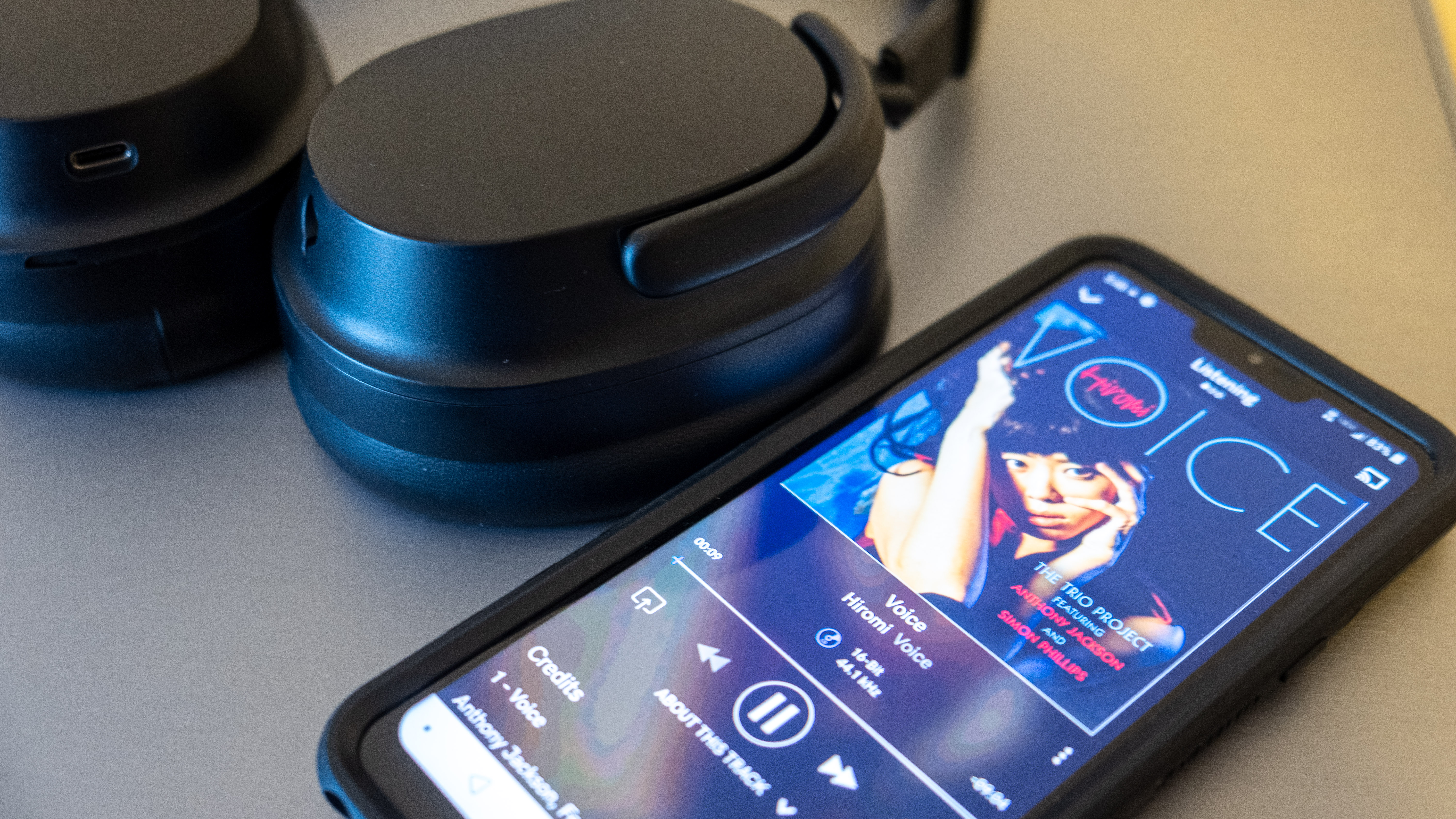 Panda relies on strong passive isolation to account for its lack of noise cancellation. That means a fairly strong clamping force - no way around that if isolation is the goal. Combined with the pads which don't quite fully envelope my ears, I find the Panda less comfortable than larger at-home models like the HD6XX or K7XX. That's sort of the nature of these things though, and I felt pretty much the same way about the original PM-3. The prototype model caused a bit of a "hot spot" on the crown of my head due to a lack of padding, and Drop says they are working on improving that aspect. They are also adding a bit more extension (1 or 2 clicks) as some of us with big heads are pushing the limit for the prototype.

Now, before you go assuming this is merely a regurgitated PM-3 with some electronics stuffed in the cups, take a look at pics and see how different Panda looks compared to the original Oppo. The general appearance is very similar but when you get down to details you'll see substantial redesigns at every turn. Which is logical - it's not like Drop could just take over production with a few minor tweaks, as PM-3 hasn't been produced in several years. They basically had to built it from the ground up, using PM-3 as a target and working in all their extras without compromising anything. And I'd say the mission was a success. 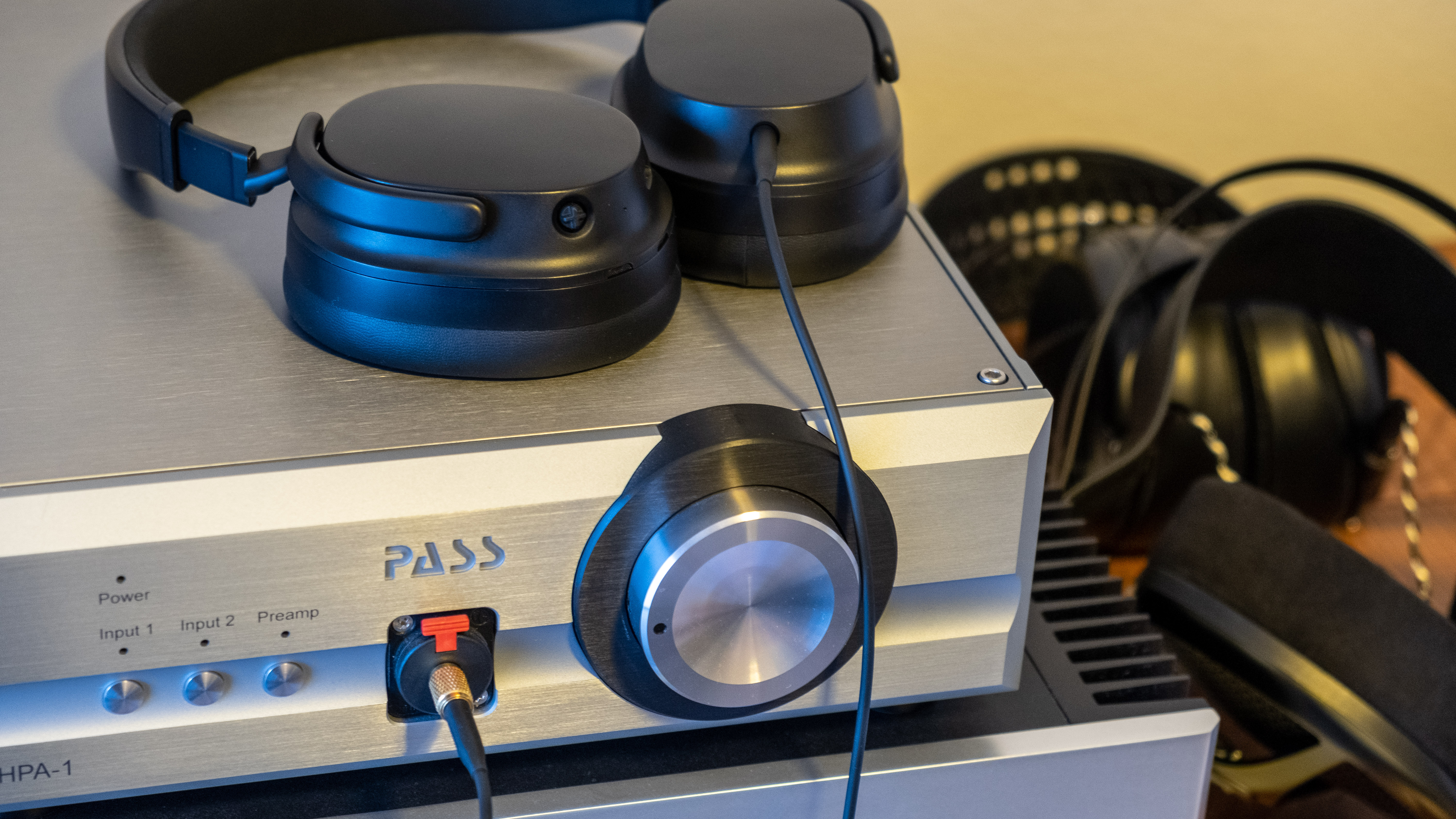 As for sound, well, I found the Panda to be quite similar to the PM-3 I had a while back. That means somewhat U-shaped signature, though generally neutral enough to not sound overly colored. Bass impact is generous but not overwhelming by any means, and seems improved over the PM-3 which at times felt just a little muddy. The somewhat forward lower treble keeps things interesting and is followed by a subtle roll-off in the higher frequencies which makes the sound smooth and non-fatiguing. Imaging is pricise, with a somewhat focused soundstage that is accurate if not all that massive... again, very similar to the original Oppo design.

The end result is a slight improvement over the PM-3, both at the top and the bottom of the spectrum, without losing any of the fundamental charm so many people loved. Disregarding any of the wireless aspects and just using this as a traditional wired headphone, it seems worthwhile for the asking price. I had a blast using it in a ridiculously mismatched system featuring Pass Labs amplification and a McIntosh CD player/DAC, though it also sounded great from my "quad-DAC" equipped LG phone. True, the market has moved on since the PM-3 originally sold for $399, but I'm not aware of any other headphone that came along and filled that particular gap. Used PM-3 models still command a hefty price on the second-hand market so based on that alone, the Panda looks pretty appealing. Granted the bundled cable is rather short for home use but that can be remedied fairly easily.

The part that makes Panda outstanding is when I unplug and walk away from the big system whilst maintaining the same general sonic performance via aptX HD. Between this and the Sennheiser Momentum True Wireless, I'm enjoying cable-free listening on a level I never imagined just a year ago. I'm not even really the target market for this thing as I mainly listen at home, but even I am excited to see the Panda launch - I suspect it will be among Drop's biggest projects to date, right up there with HD6XX and K7XX.

Since this whole thing is based on a few weeks of use with a prototype Panda, I will have to stop short of going further in-depth in terms of comparisons etc. I guess the bottom line for me is this - I'm not much of a portable user, and even I want to buy the Panda. That's about the best real-world praise a product can earn. Panda currently has just over 2 weeks left on the Indiegogo campaign (which has proven to be wildly successful) so take a look and give it serious consideration if you may have use for such a device.
Reactions: trellus, Speed King, B1gdee05 and 11 others
R
russmarch
Can you tell me what the material for the cups is or the earpiece. Is it leather, or memory foam or?

project86
Feels like quality synthetic leather, doesn't bother my ears the way some others do. Underneath, some type of fairly dense foam, not sure if memory or not though.
Read more…