Pros: Small footprint, lots of inputs/outputs, makes perfect rips, easy to operate after MusicDB is created, stable operating code.
Cons: Made from cheap plastic, poor metadata interface, difficult to create and organize MusicDB, poor manufacturer support.
I discovered the Cocktail Audio X12 while shopping to replace my iBasso DX90 as a digital transport in my work stereo. At the same time, my new fancy I7 computer makes lousy rips so I needed an external ripping device. The X12 provides these functions and much, much more. It is really a network music server that has been enhanced with an optical drive, and extensive analog and digital interfaces, in a small footprint.

The X12 is a replacement for the existing Cocktail Audio X10 which has been phased out. The X12 upgrades to the larger screen of its big brother the X30, replaces the CD slot with a drawer, and adds a jog dial that makes it more suitable for use as a transport. The X12 is built in Korea for Cocktail Audio, a UK company. Here in the states, the X12 sells for $699, and is only available without a hard drive. For this price I was disappointed the X12 case is thin plastic that flexes when picked up.

I also purchased a SanDisk Extreme PRO 960GB SSD, mini keyboard, and hard drive mounting kit. It turns out the mounting kit was unnecessary because the X12 includes all the adapters and hardware to install any hard drive. In fact you must use an X12 adapter to install your hard drive. The drive connects to the X12 using a flexible cable. Installing the SSD was not difficult after I found the magic button that releases the hard drive drawer.

Probably no one will use all of the capabilities of the X12. For myself, I plan to use the Sabre DAC and superior amplifier in my Burson Conductor SL. The X12 allows you to turn off the functions you don't need during setup of the unit, so I disabled the analog circuitry. Therefore, the following review is a result of my experiences performing initial setup, ripping my CD collection into the X12, then operating the X12 as a digital transport.

Setup was very easy due to an excellent writeup in the user manual. I chose to format the SSD in Linux which resulted in 880 GB of usable memory. I selected a wired network connection and connected to my 4G Ethernet switch, which the X12 instantly recognized. Updating the operating software was very easy and took about 10 minutes. I chose to rip in WAV and selected from a variety of display options. In all, SSD installation and setup took about 2 hours.

In contrast, ripping was very complicated and required hundreds of hours. The user manual wasn't much help here, but there is an online forum hosted by Cocktail Audio. Unfortunately they refused to provide a sign-on after numerous requests, I suppose that cuts down on web traffic. However, if I looked long enough I could usually find the answer, or figure it out through trial and error. Most of my difficulties were associated with album art and metadata.

If you want album art displayed during playback, you must download it just before each rip from an internal file, external memory device, or internet site such as allcdcovers. The problem with internet sites is you won't always find your art, or it will be the wrong art, or poor quality. To fix this, I used my PC to download all the art I needed ahead of time from websites such as Album Art Exchange, then put it on a memory stick for the X12.

If you want metadata displayed during playback, there is only one database that X12 recognizes: FreeDB. This internet site contains metadata uploaded by lowlife internet rabble. The X12 comes with a CD that contains an obsolete version of FreeDB. You can read this CD into your X12 hard drive and update it through the internet. The X12 accesses the metadata just before each rip. Or instead, you can forgo the CD entirely and log into FreeDB at the beginning of every rip.

The problem with FreeDB is it doesn't recognize most of the rare domestic and imported CDs that I own. If the song title contains a slash, the X12 will create an album that doesn't exist. Sometimes the metadata contain special characters that crash the rip. More than one CD returned a long, rambling message. And there is no capability to correct downloaded metadata before the rip. The metadata must be repaired after the rip (if it rips at all) in an extremely time-consuming process.

Eventually I came to realize it would take less time to rip without FreeDB. So I reformatted my hard drive and started over with the network disconnected, entering metadata manually using the mini keyboard when prompted by the X12. I was careful not to include slashes or special characters, and I didn't bother with song titles. Rips made with this method were all perfect. On the other hand, your CD collection may play fine with FreeDB if all your CDs are new, domestic, and popular.

To use the X12 as a digital transport: use the jog dial to scroll to the MusicDB on the main menu. Then press the jog dial to select the MusicDB. Similarly, select artist, album, and song to begin playback. To select a different song, press Return to back up to the desired menu. I really miss the inclusion of ">>" and "<<" buttons on the X12 that skip to the next or previous song. These buttons (and many others) are included on the remote.

So most importantly, how does the X12 sound? I tested the X12 in my home reference headphone rig against my Woo Audio WTP-1 CD transport. I probably shouldn't have done that because it sounded like the X12 applied filters to remove the bottom and the top octaves from the music. In addition the X12 seemed to lose its ambience above 1 KHz, removing the "layering effect" that separates different instruments from each other. This was especially noticeable on LCD3s.

In defense of the X12, this is no worse than I have observed from every processor-based music source I have heard (IMHO even a medicore CD transport sounds better than music from a software file). The sound quality from its digital output is about equal to my DX90 digital output. These effects can be mitigated by pairing the X12 with headphones with good presence and no rolloff. A greater concern is that the X12 often cuts off the beginning of songs that are started from the jog dial, Play button or Skip buttons.

Edit: It turns out that the gap at the beginning of songs is caused by my DAC, a result of the X12 stopping its optical output between songs. It takes a second for my Sabre ESS9018 DAC PCB to "spool up" when the music is restarted, thus causing a gap. This is not the case when using my Burr Brown PCM1793 DAC PCB, which makes a soft pop at the beginning of songs instead of a gap. The worst is my Apogee MiniDAC which makes a loud pop, loud enough to make me jump every time.

This review is already too long and I still haven't mentioned backup/recovery, internet music streaming, web interface application, wireless operation, music file format conversion, menu functionality, and remote functionality. You need to read the user manual and Cocktail Audio forum yourself to determine if the X12 meets your application requirements. I can attest that the X12 seamlessly integrated into my work system, and I am looking forward to years of sonic bliss. 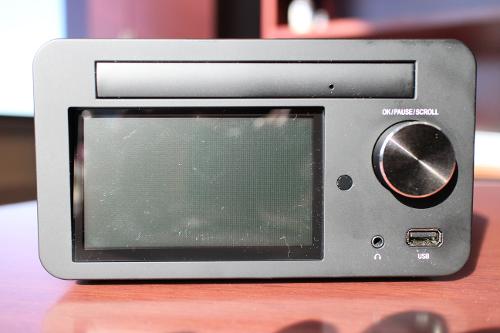 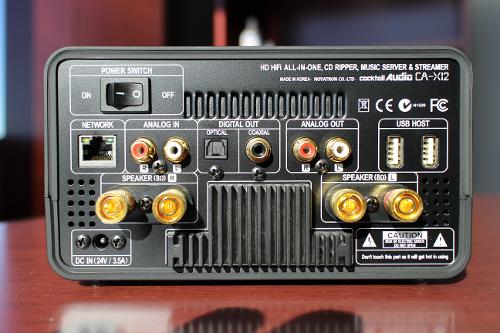 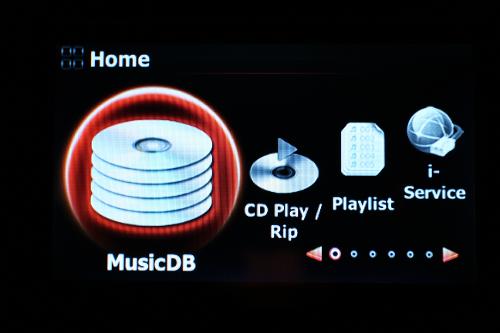 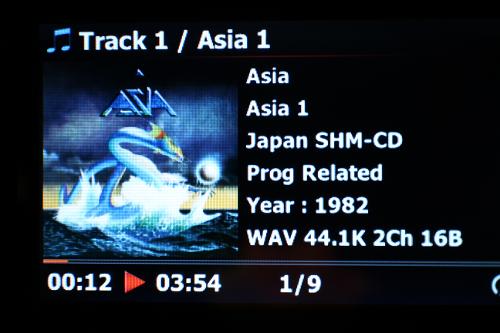 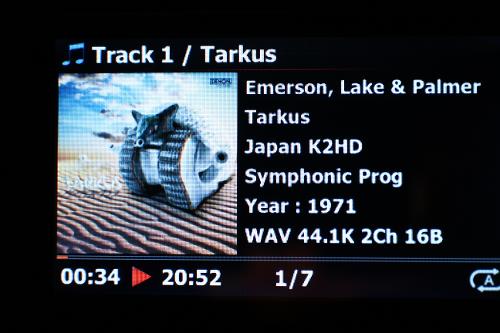 Avatar86
Wow extensive review!
Thanks for this