Loading…
1MORE EVO Review
Pros: Exemplary sound when you dial in your favorite personal EQ
Cons: ANC is less to be desired when out and about with wind noise
1MORE EVO Review 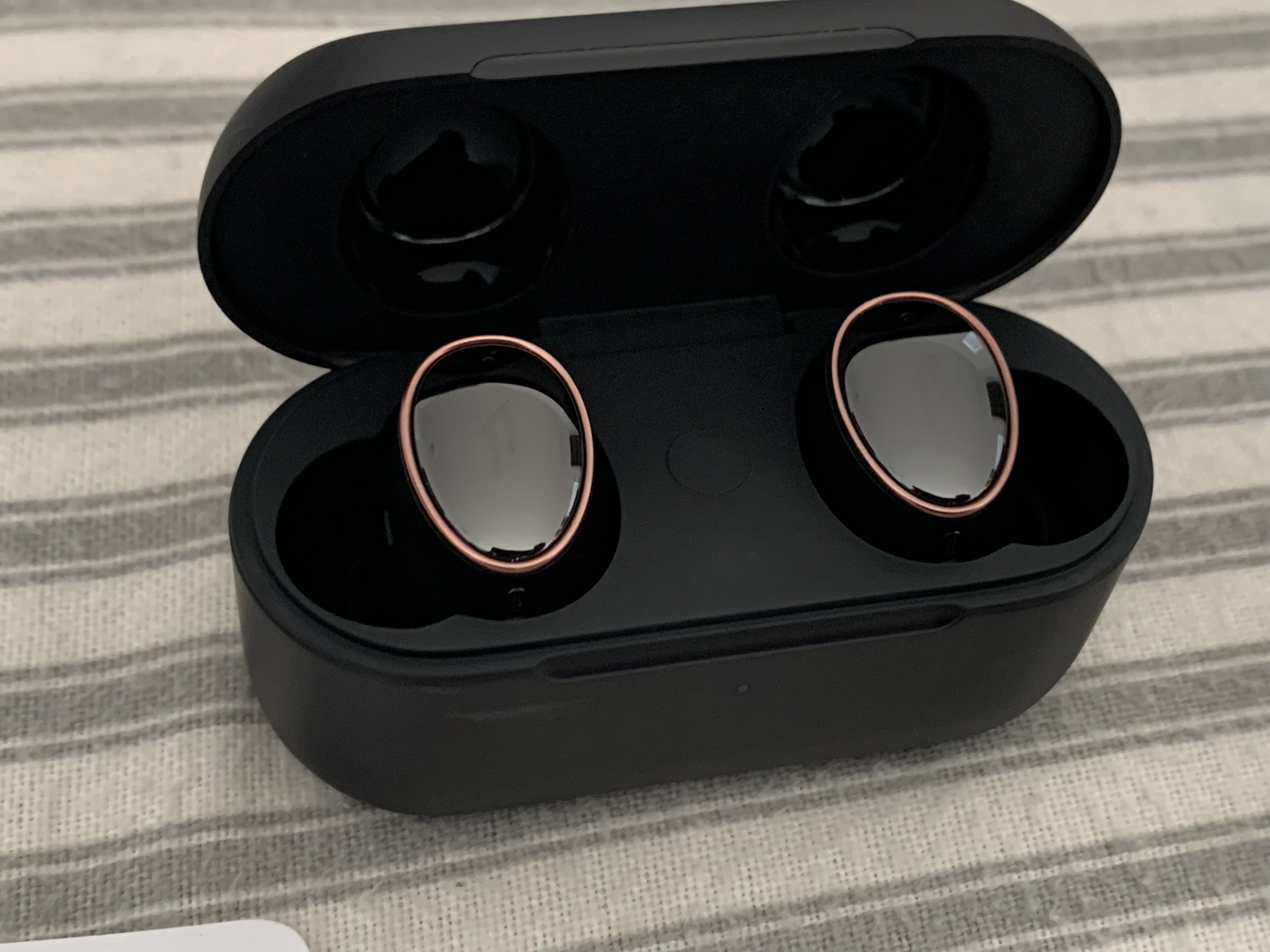 ​
Thank you to Mr. Black and Mr. Noyd for the EVO in exchange for the review.

This review is also on hypethesonics.com under their Headphone Repository (1MORE EVO - MiniHype). 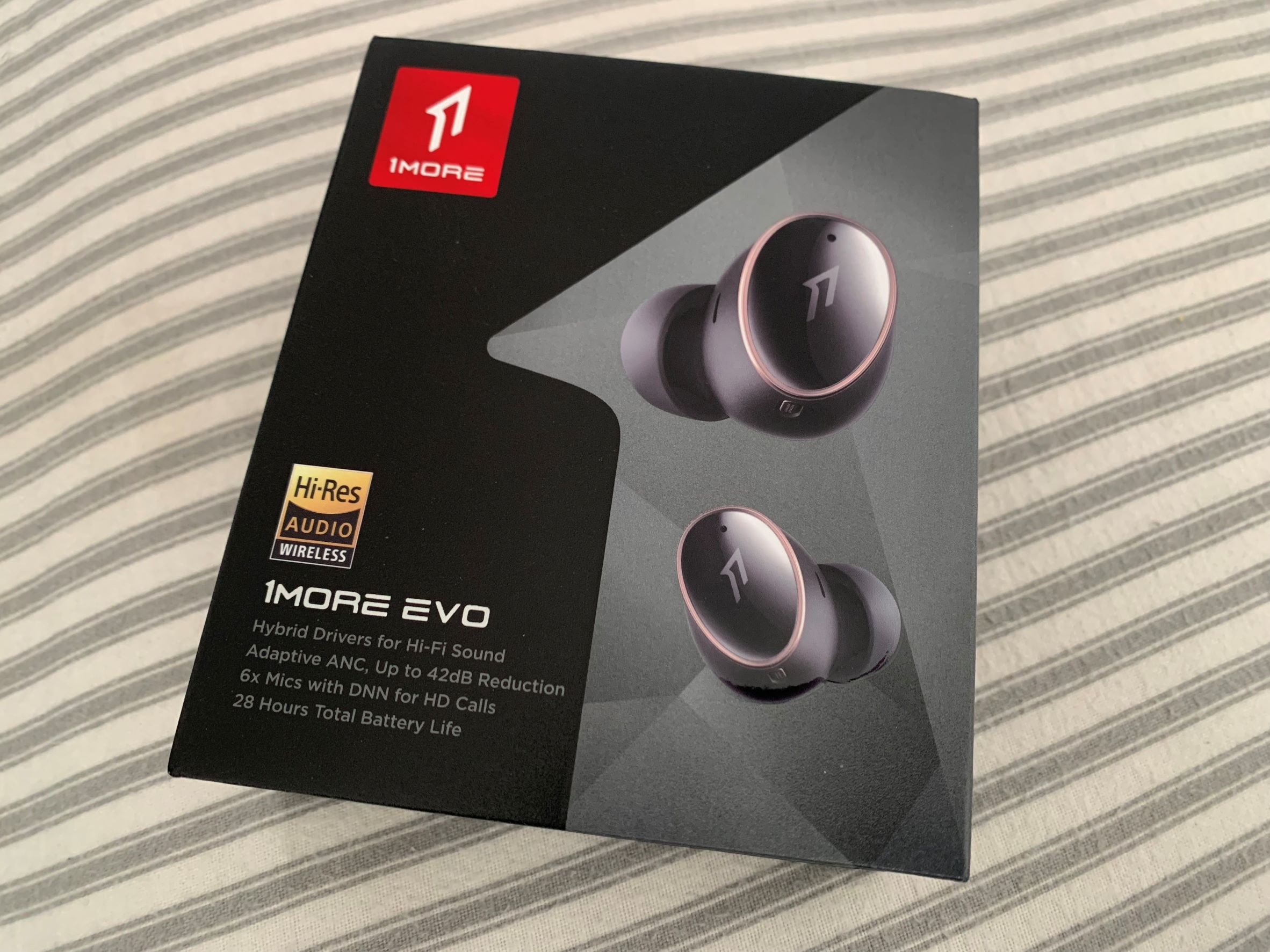 The 1MORE EVO might be just another set of true-wireless bluetooth earbuds, were it not for one rather interesting feature, which could one day be a game changer. The EVO has 'SoundID', powered by Sonarworks. Through a series of A/B preference tests, the 1MORE Music app steers the frequency response toward the user's personal preference target. The idea is fantastic, and it does work - but only to a degree. The raw/uncorrected frequency response of the EVO is quite poor, with a single narrow-band peak around 8 kHz and no bass to speak of. So almost any EQ is going to sound better than the default setting, and this can create some initial wow factor. However, the subjective test only applies a small number of coarse-grained corrections based on rather short passages of a very limited-selection of music, none of which covers the full spectrum. The resulting EQ appears to use only a small number of fixed frequency bands and mainly affects only the low and mid frequencies; it seems no combination of selections was able to correct the deficiencies in the treble, and our resulting preference curve (e.g., HS001, made with the 'Kireyev and the Void' test track) was still not entirely where we'd like it to be. This is potentially game-changing technology, but version 2 ought to have a better DSP (the EVO has a poor impulse response, with massive excursions and very little damping), a wider variety of test tracks containing a full span of audible frequencies, a finer-grained selection process, autoEQ to a proper parametric EQ, and an underlying raw frequency response that doesn't contain any strong resonance peaks. One final thought on the design - the EVO buds protrude far enough from your ears to generate significant wind noise, even with the ANC active. 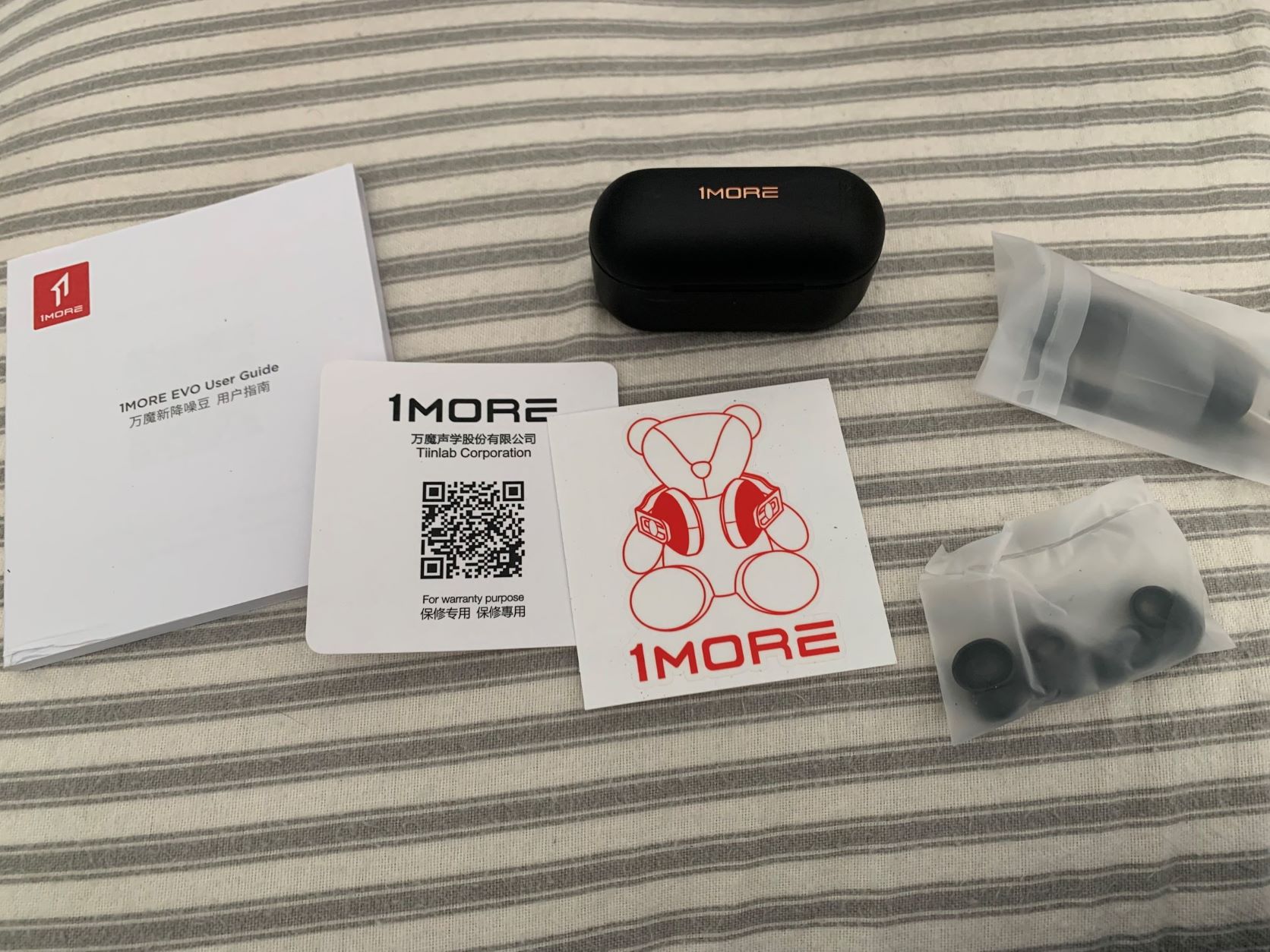 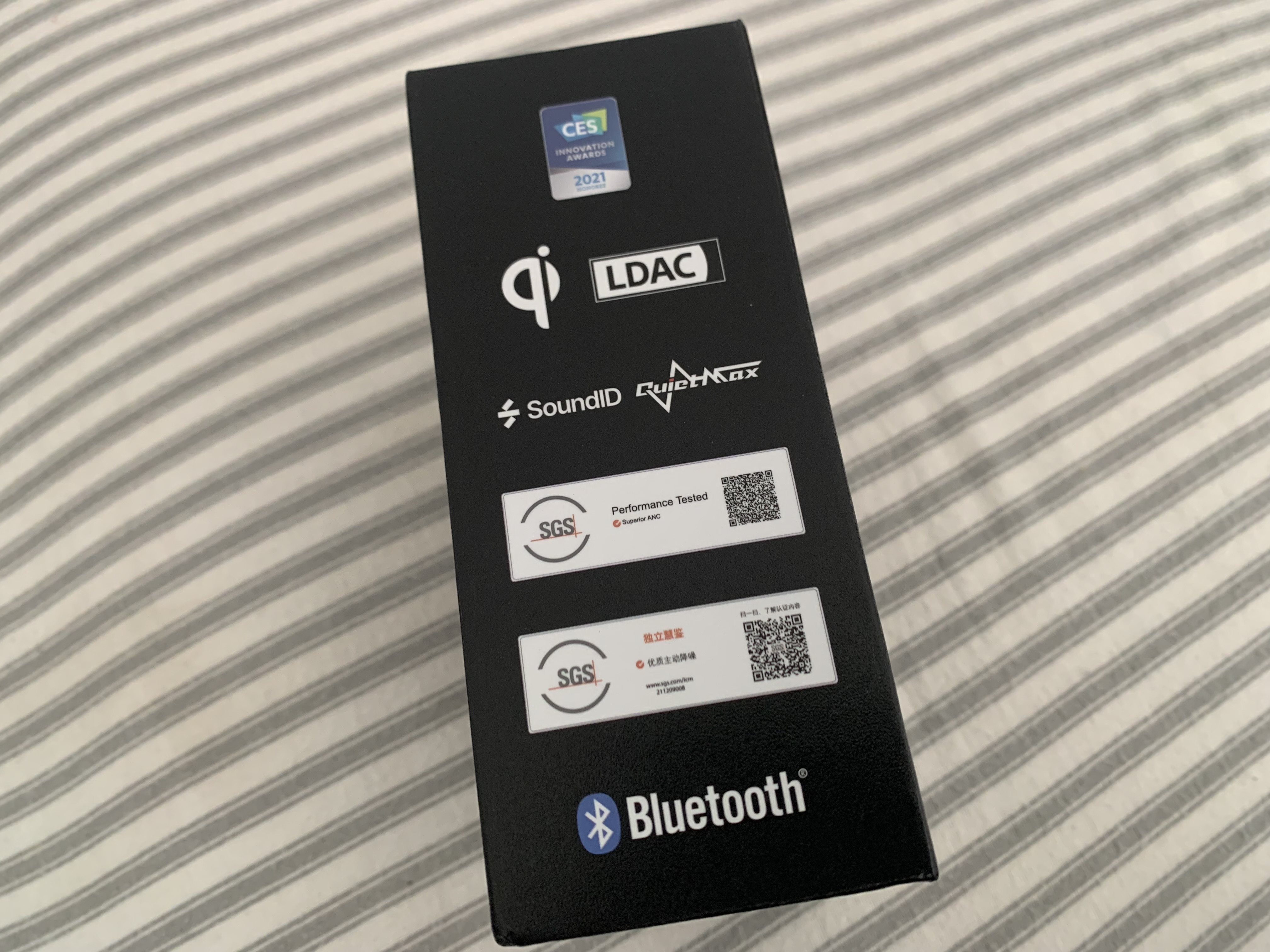 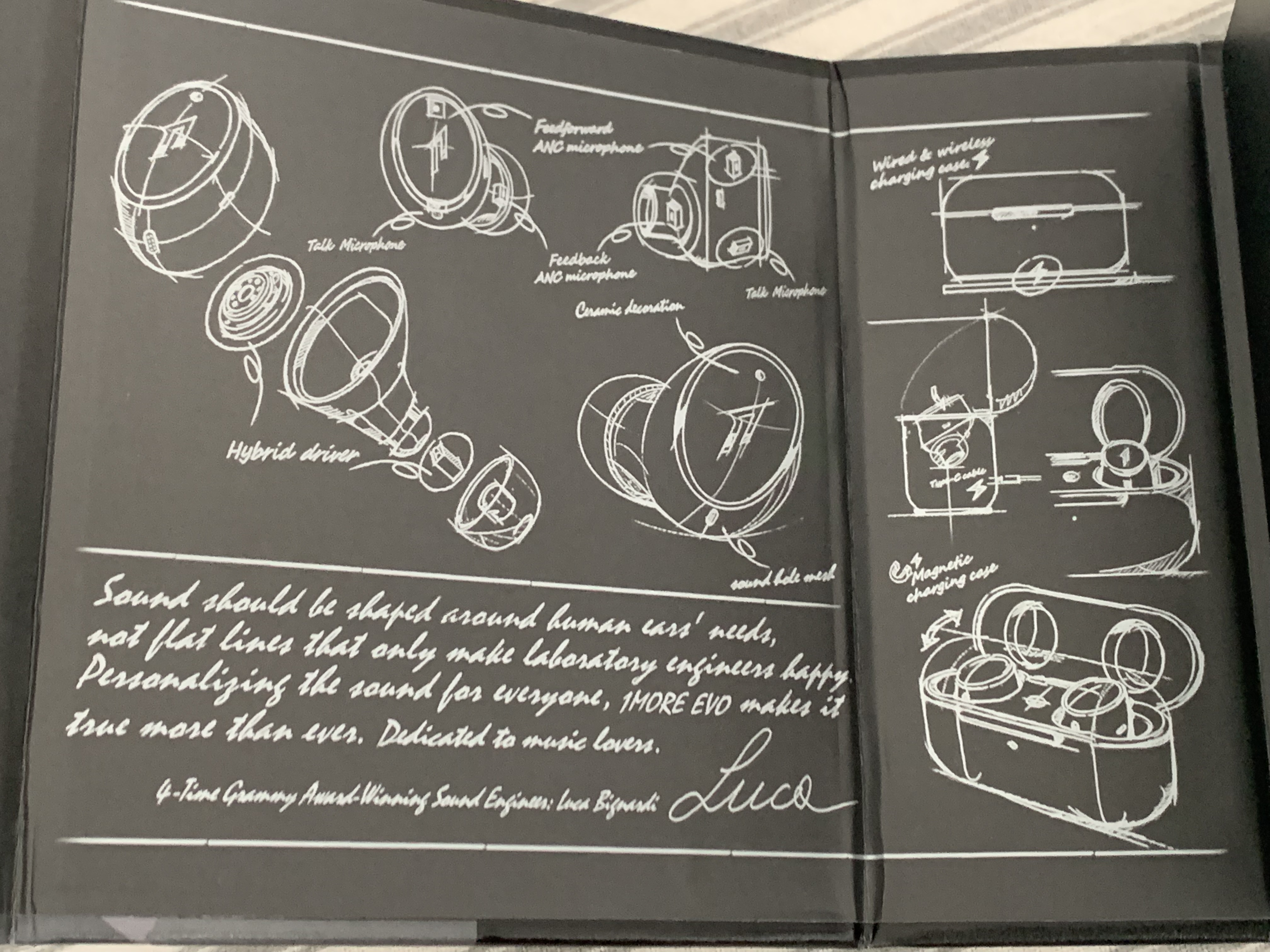 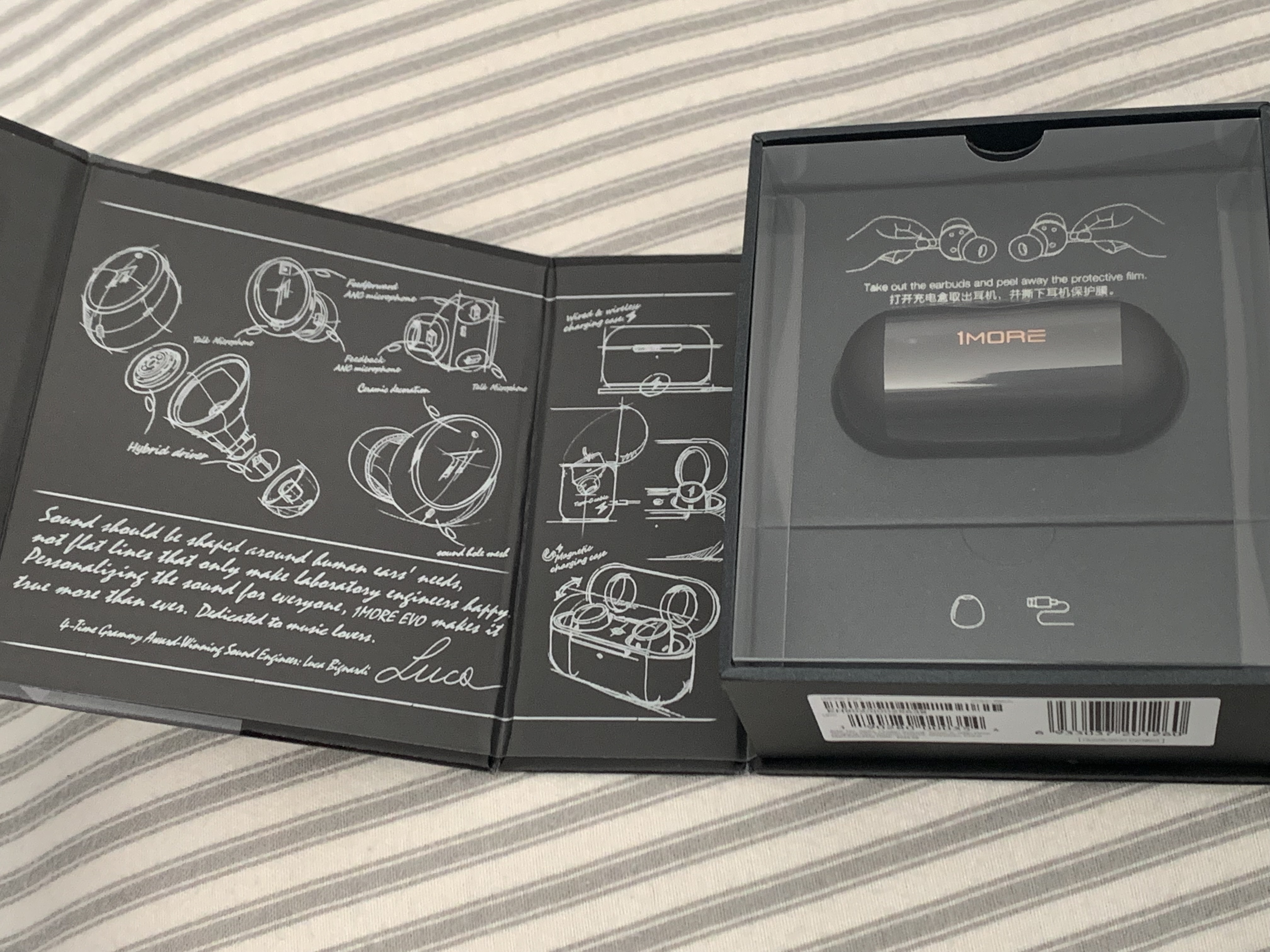 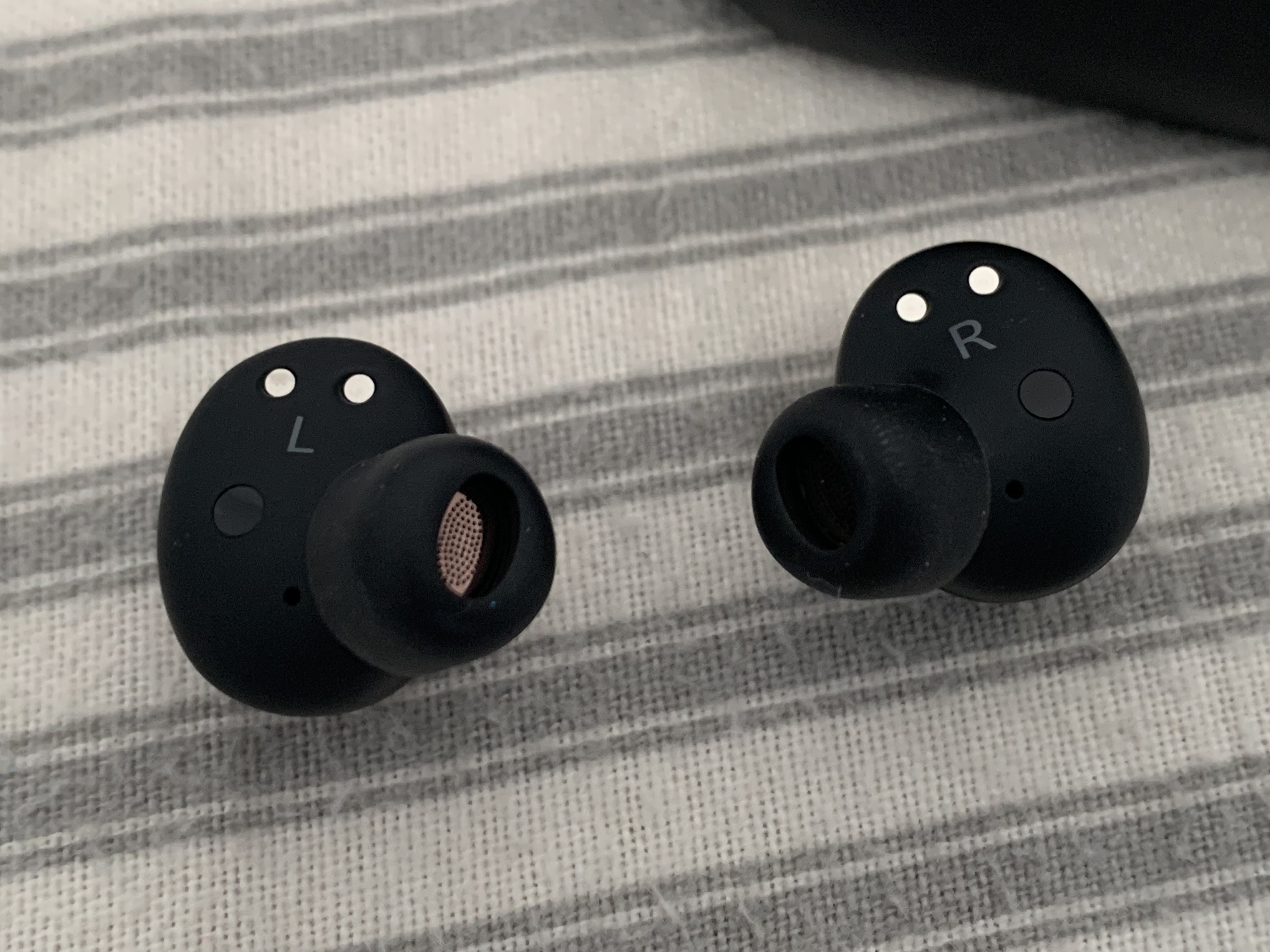 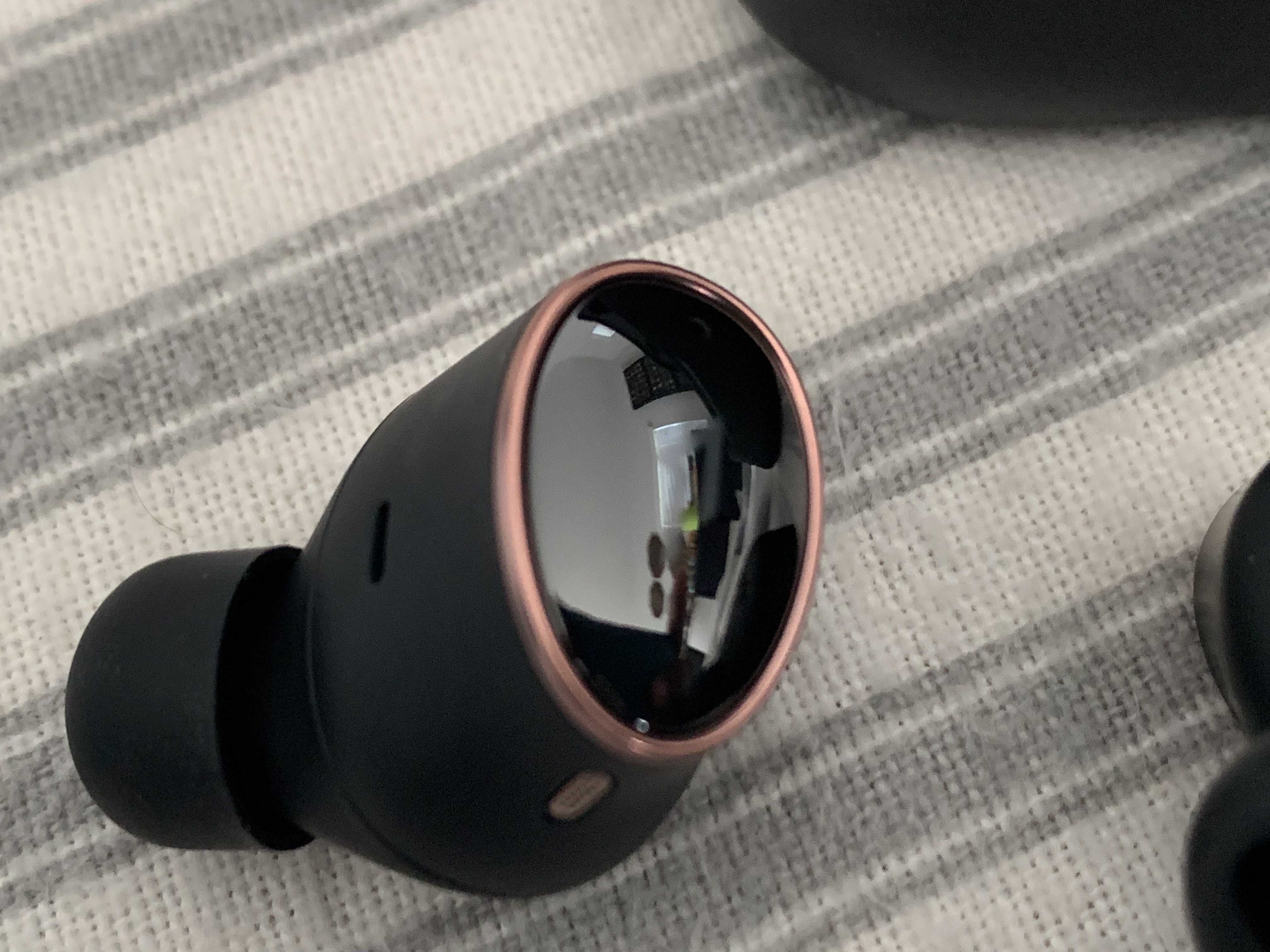 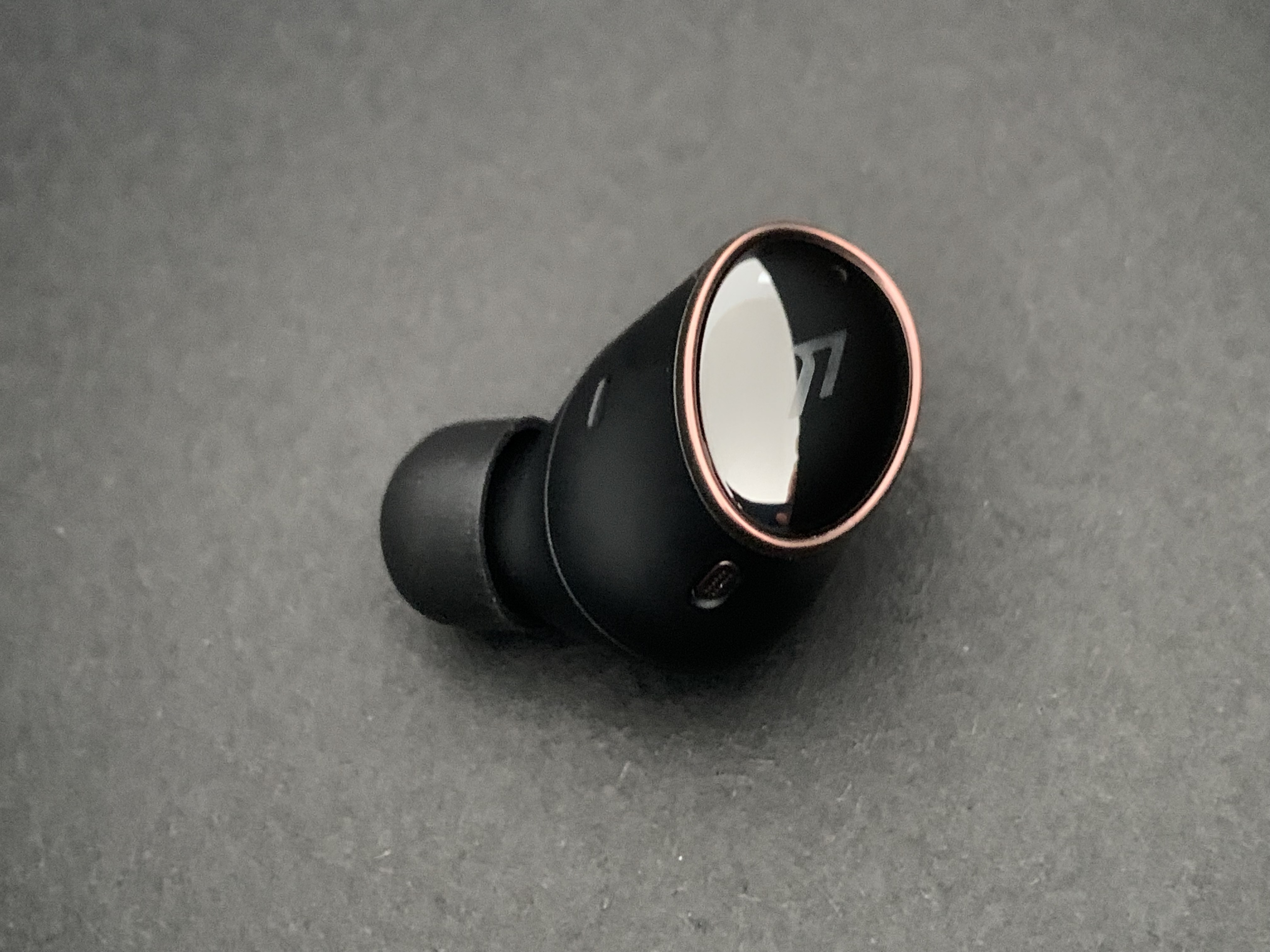 Based on my listening, the EVO without the preferred EQ sounds like a middle-of-the-road, balanced sound, not too enveloping and expansive. But using the preferred EV sounds as good as I want to hear it, which is very good! Slightly crisper highs, smoother mids, and a bit more oomph in the mid/subbass department, especially when paired with ANC in a quiet room. Out and about, the bass won't shine, even with ANC enabled.

My wife uses her EVO often, and enjoys listening via her personally preferred EQ.


Is it Worth the Hype?

Yes, if only to take that brief glimpse into the future.
One of my favorite TWS so far
Pros: Build is great and they look premium, a large number of features and quality sound
Cons: Touch control is just basic, no EQ without app. 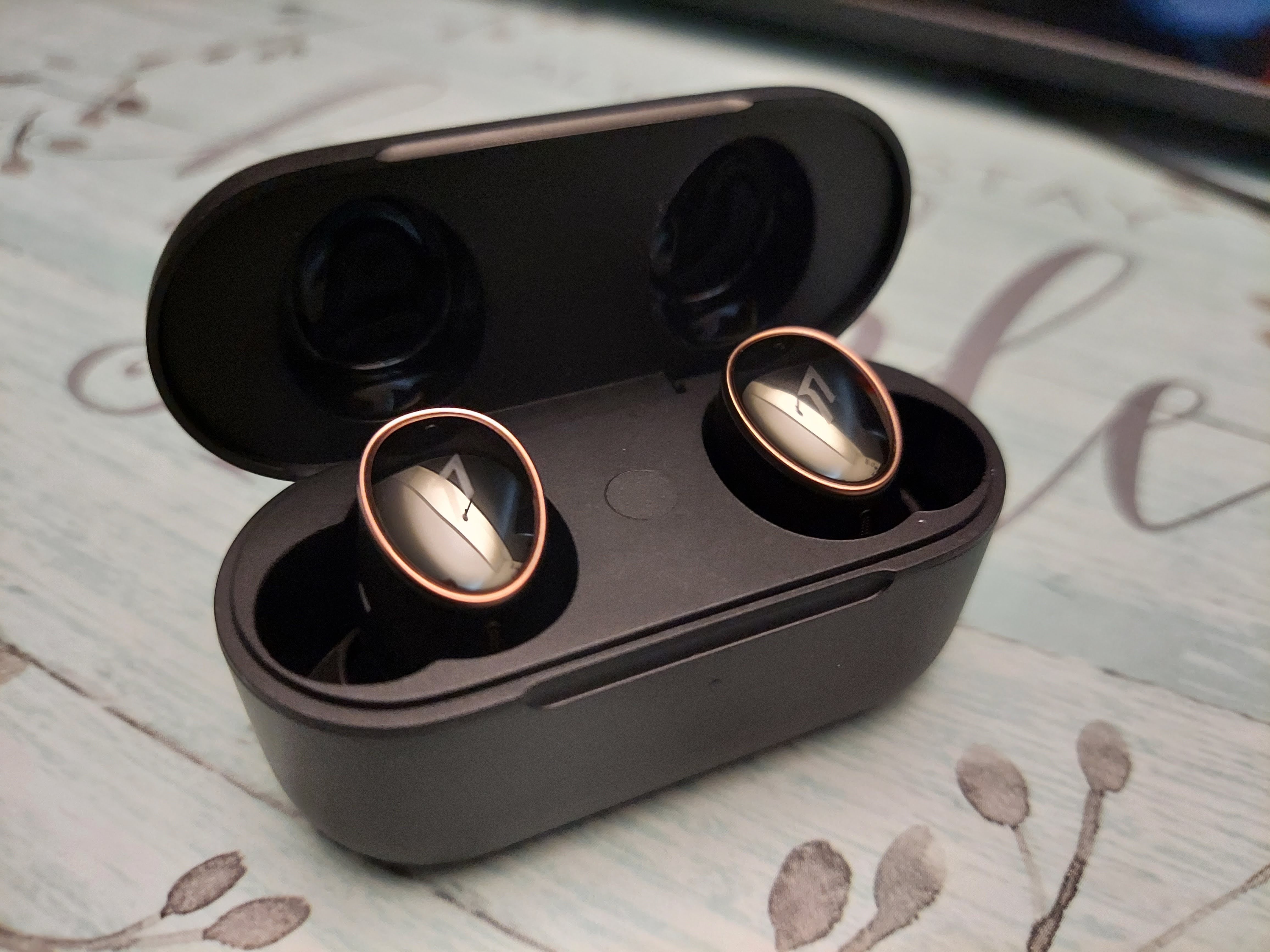 We will start with the great looking package; I love how one more has the artwork for each product inside the cover.
you get the standard type accessories tips and a charging cable.

These are very comfortable, well made and look very nice too.
The one more app allows you to customize the sound to your own preference.
Sound:
Call quality is decent on most android phones on apple it's a little less clear not entirely sure why.
the EVO offers a balanced sound with light elevation in Bass, it has a well-controlled punch and Mids sound clear with some warmth in the lower Mids, treble is responsive but not harsh and soundstage is above average. LDAC is so sublime with this and layering and placement are better than I was expecting.
ANC the 1More Evo ANC, which is tested to block around 42dB is also a hybrid system offering adaptive ANC with a passthrough feature too very useful. The ANC is one of the better ones I have heard in recent times giving lager names a run for their money.
Overall, this new flagship TWS offers a good-looking stylish product with great features and performance. 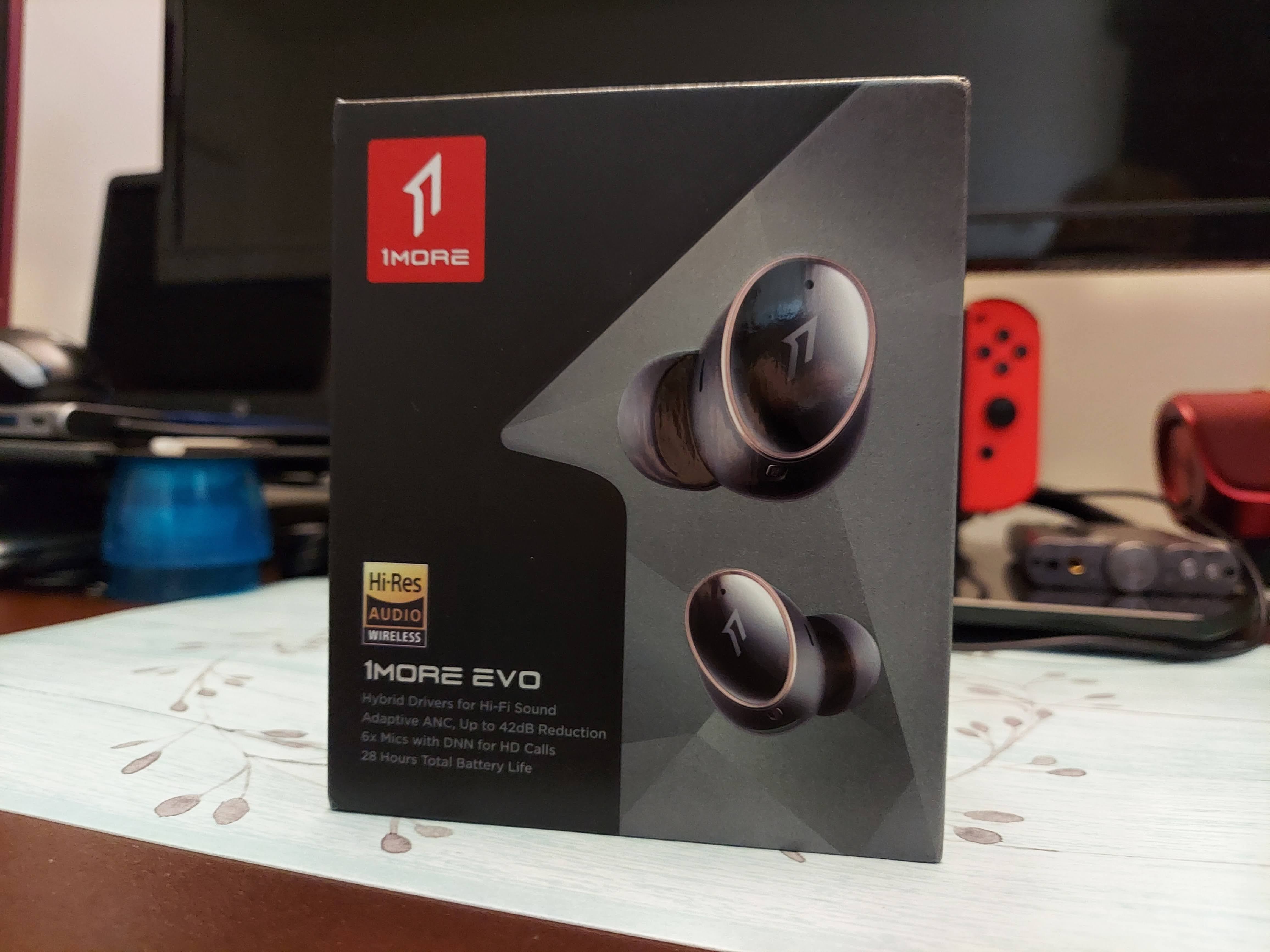