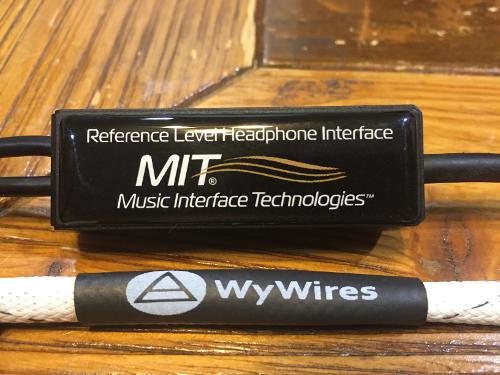 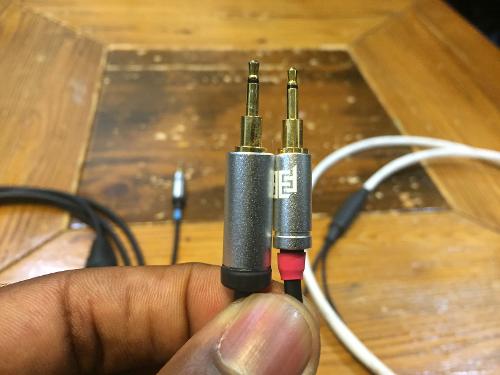 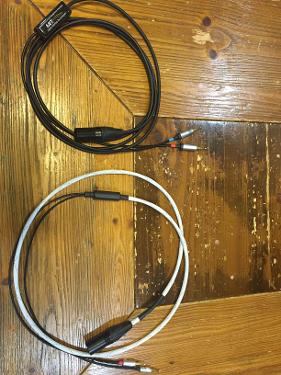 See full thread gallery...
You are using an out of date browser. It may not display this or other websites correctly.
You should upgrade or use an alternative browser.
Wywires Platinum vs MIT Vero Reference Cable with HE1000

I started out this quest looking for a way to give my HE1000 the wide soundstage of the HD800. A few months ago I was at E1 Personal Audio (https://www.facebook.com/E1PersonalAudioSg/) in Singapore and I had the chance to listen to the Wywires Red headphone cable on their HE1000 and do a quick swap to my HE1000 with a MIT Cables Vero Reference Cable. The DAC/Amp combo used was the Oppo HA-1. What I noticed between the cables was the awesomely wide sound stage of the Red but it was thin in the mids compared to the Vero Reference.

A couple of months later I got the idea to make a Red / Vero hybrid by using the wires from the Red to replace the Mogami wires of the Vero Reference. @Audio Addict told me to reach out to Alex of Wywires about demoing the new Wywires Platinum headphone cable. This review is to let you guys know what I heard and my opinion on the two cables. Both the WyWires Platinum and MIT Vero Reference cables feature Neutrik 4-pin black XLR connectors with gold pins. The Vero Reference features Mogami W2534 Neglex Quad Microphone cable (http://www.mogamicable.com/category/bulk/microphone/quad/) leading up to the “box” containing the 21 poles of articulation as MIT puts it. I am not going to bore you with the details but the point of this box: its poles are to simulate the best attributed of a wide range of cable all in one cable.

I don’t know much about the with construction inside the Platinum so I will just quote what i do know from another source:

Alex tells me that the differences between the Red and the Platinum headphone cables are considerable. Differences include: a different wire and dielectric combination using Teflon as the primary insulator in addition to cotton. The Red uses only cotton as insulation. The wire is different and there are actually 6 conductors instead of the 4 that the Red uses. The + and – poles are also asymmetrical on the Platinum. Alex agrees that the Platinum is the better sounding cable, as it should be. Cost wise, WyWires sells the RED sells for $299 (or $349$ for 800/800S Sennheisers costly connectors). The Platinum is “destined” to sell for $599 (Sennheiser $649). BUT the REALLY BIG news here is that Alex has it on “early-bird” special pricing of $420 (Sennheiser $455) through the end of July 2016. Yep, that’s a whopping 30% discount.
Click to expand... Wywires Platinum:
The piano combined with the initial splash of the cymbals is very natural and sounds amazing. I kind of get the feeling that I am jumping off of the waterfall then I hit the water when the cymbal clash. The layering through the song is easily discernible giving a greater perception of the relative distance that the instruments are from you. In my opinion the music and the vocals are smooth and engaging. The Platinum achieves a better balance between background and foreground music. I would also say the highs are much more accessible to in the Platinum when compared to the Vero Reference.

MIT Vero Reference:
With the Vero Reference linking the HE1000 to my Master 9 the presentation of this song was very laid back and calm. The mids we rich and the entire song took on a very warm air. All of the instruments were brought forward reducing the depth cues that I heard with the HE1000 compared to the Platinum but the plus side is it made its easier to hear their integration

This is definitely a darker cable than the Platinum as it has the uncanny ability to make all of the sounds sound lower in frequency. It accentuates all the sounds as mids and below.

Platinum:
The opening riff on the Platinum has a lot more energy when compared to the Vero Reference which seems lifeless. The platinum plays the song the way I feel it should be played. Another important advantage the Platinum has over the Vero is kick drum impact. In my opinion this kick drum impact makes the song what it is. I couldn’t help but find myself inadvertently nodding my head by the end of the song.
Vero Reference:

MIT Vero Reference:
The opening gutter play is distant and the bass had less impact than the Platinum. That being said, I could hear the tone of the bass portions of the song as opposed to just the bass impact that I heard with the Platinum. Kurt Cobain’s voice seem veiled and not as open as the Platinum. I think this may have something to do with the “box” requiring a few extra clicks of volume in order to get the same apparent volume due to it not just being straight wire.

Similar differences between the two cables were exhibited in this song with respect to overall presentation. However, I will note that there were no missing or obscured instruments in the lower frequencies by the Platinum as noted in the first song. The Vero is still a darker cable and maybe slightly veiled. Again this may be the electronics in the box needing a little more power to get the same volume?

As with the earlier songs the Vero is laid back and tame (you are probably seeing a trend). It's lacking the slam that you get with the Wywires Platinum. The Platinum has more power and energy like the Nirvana song. The distance separation between instruments is more present with the Platinum (foreground vs. background)

Ok so the thing you're probably wondering is which would I pick if I had to spend the rest of my life stranded on an island and exiled from all other cables? Well that is a question that isn’t straight forward and deserves some qualifications. If high energy, dynamic, fast music was my go to then hands down it would be the Wywires Platinum. It ever fails to impress with the amount of emotion to get you hype that it can imbue in a song. The downside though is that it can be anemic in some of the lower frequencies with songs which means you may be missing parts of songs that you didn’t know were there.

If relaxing is your bag and most of your music is of the slower variety (jazz, old R& B, etc) is what you dig, then the MIT Cable Vero Reference is your ticket. It lacks the pep of the Platinum hands down but I never felt I was missing something with it. It may lose to the Platinum in the depth perception depart but for some songs not having that somewhat artificial separation is more pleasing.

I set out on this quest looking for a cable that could combine the best qualities of the HD800 into the HE1000 and unfortunately I can’t say that the Platinum does that.  The Platinum is however phenomenal in its own right. I think it would be a great pairing for those with a darker sounding system. I already have an HD800 in my possession I will be keeping the HD800/stock cable and HE1000/Vero reference in my stable because I get the two broad ends of the spectrum covered well vise selling the HD800 and keeping the Platinum which would leave me with one headphone/cords combo that takes a step back in the other categories that were covered so well with two separate headphones.

Nice comparison of some really up market cables. It's not often someone goes out of their way to get stuff in house like this for side by side, direct comparisons, so I appreciate you posting detailed feedback on it.

In the end it sounds like you didn't get what you were hoping for though, so I guess the quest still continues? What other cables are up in this league? I've heard good things about Dana Cables with the HE1000, but not really anything special about any of the other quite expensive ones.

Yep, the search the still continues for my other headphones but will probably the end for the HE1000. I have tried the HE1000 with 5 different cables plus the stock cable so it may be time to call it good for that. Although, the combo that made me fall in love with the HE1000 was the HE1000 linked to a Vioelectric v281 with a Cardas Clear so I may go back to that and see how it compares on my system with the Vero Reference but that's probably the end of the road with what's out there now.

oneguy said:
Do you have any experience with those cables?
Click to expand...

​I only have experience with the previous version of the platinum eclipse 7 headphone cable, it's now discontinued and referred to as the micro platinum eclipse. I remember it having an extremely expansive soundstage, fantastic detail extraction, at the expense of a natural sound. The technicalities were great, but just sounded a bit too thin/bright. Not sure how the new nano PE7 compares though.

I'm currently on the hunt for a cable for my incoming Spiral Ear SE5 Ultimate CIEMs.

I'll look for some reviews of the PE7 but if it is like its predecessor then I'm not interested. Thanks for the other suggestions! I'll have to search for opinions of those cables paired with the HE1000 and then narrow it down from there.

I wish I had some suggestions for you in the IEM department. I have been consciously avoiding getting into portable audio heavily as desktop audio is enough of a black hole of money.

oneguy said:
I'll look for some reviews of the PE7 but if it is like its predecessor then I'm not interested. Thanks for the other suggestions! I'll have to search for opinions of those cables paired with the HE1000 and then narrow it down from there.

I wish I had some suggestions for you in the IEM department. I have been consciously avoiding getting into portable audio heavily as desktop audio is enough of a black hole of money.

Oh DHC's new flagship the Prion4 just released (http://www.doublehelixcables.com/store/index.php?main_page=product_info&cPath=1&products_id=208​) so you could give that a try too.

Good choice not getting into portable audio, it's also definitely a black hole hahahah xD.

Holy schnikes! My affluence doesn't extend to Prion4 levels. I configured one just for the heck of it and it came out $2450. I still have the Yggdrasil and GS-X mk2 on my bucket list to try before I can even think of spending that sum on a cable.