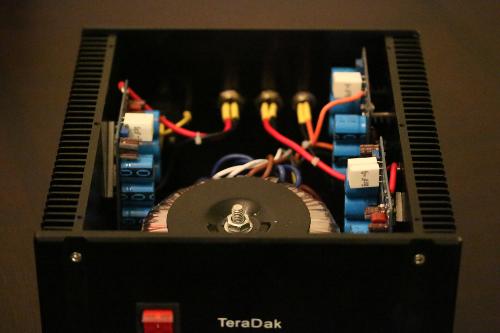 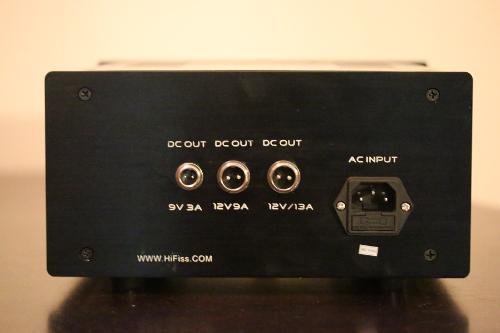 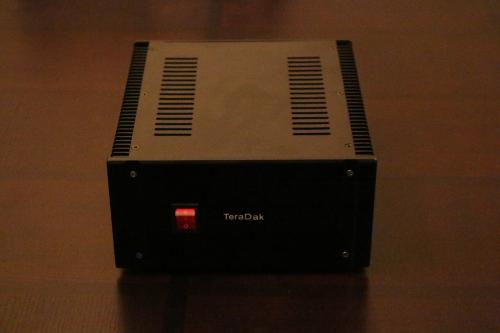 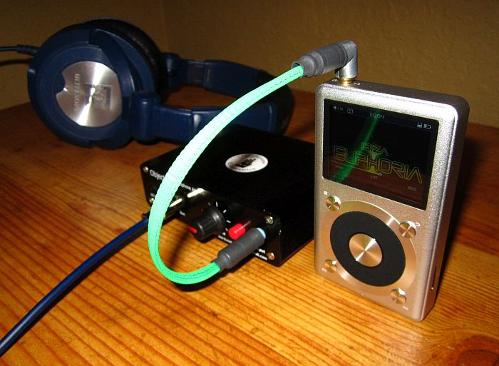 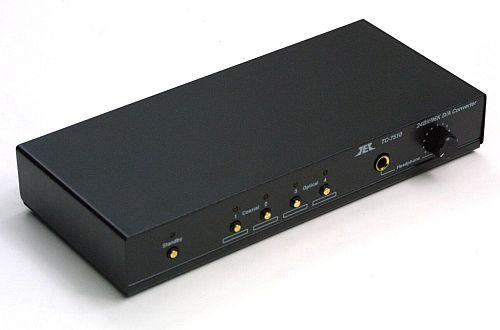 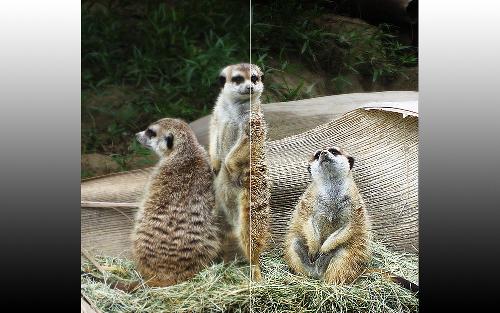 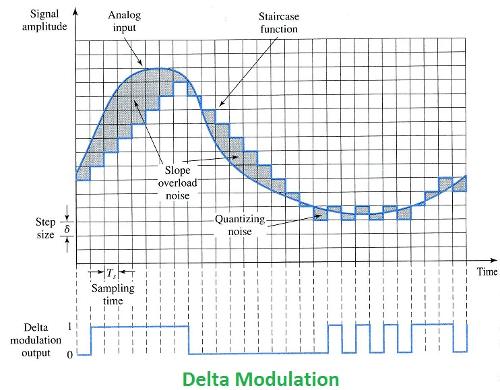 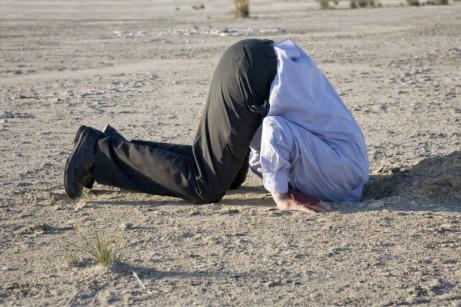 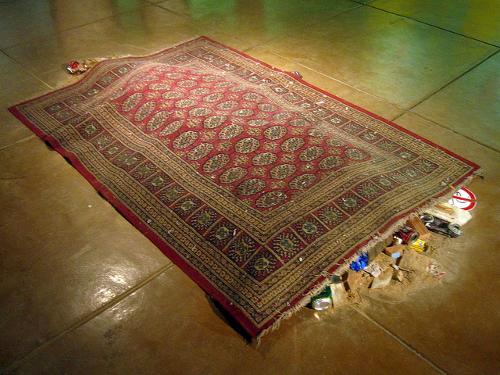 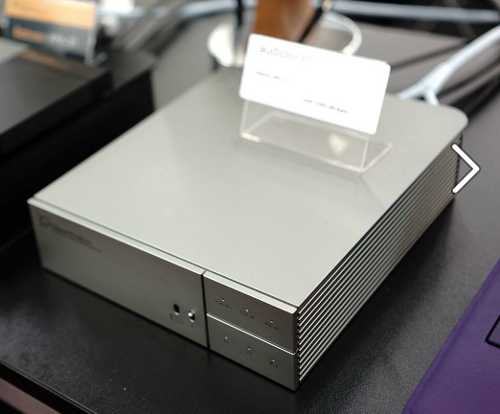 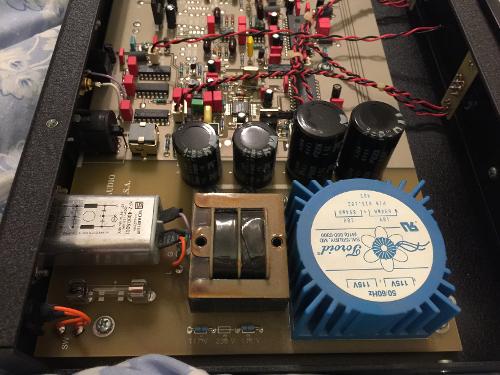 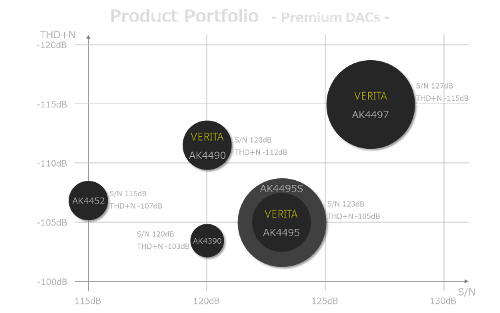 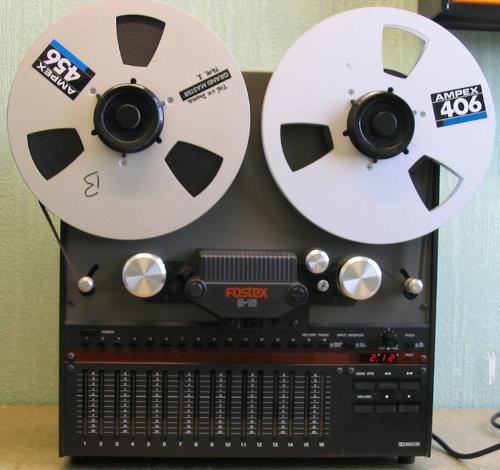 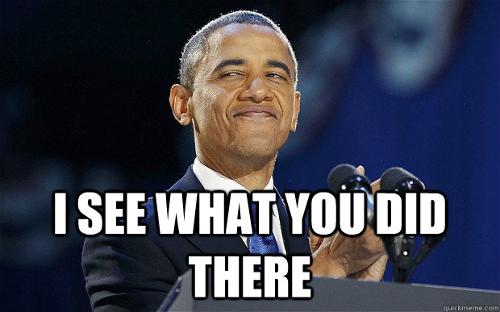 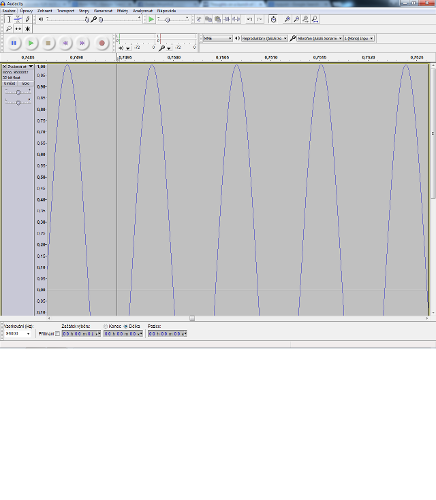 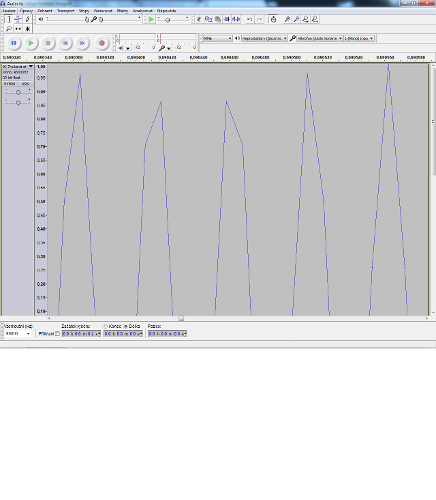 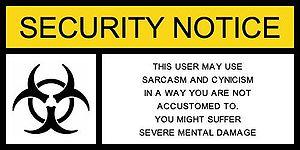 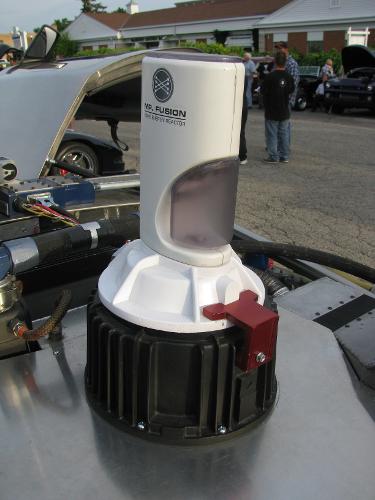 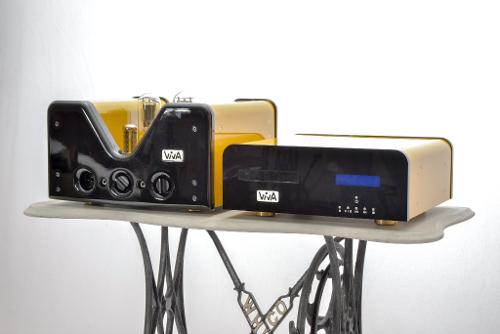 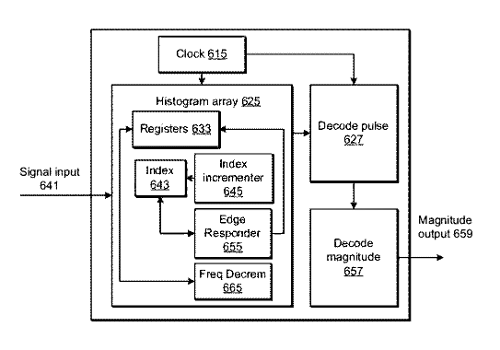 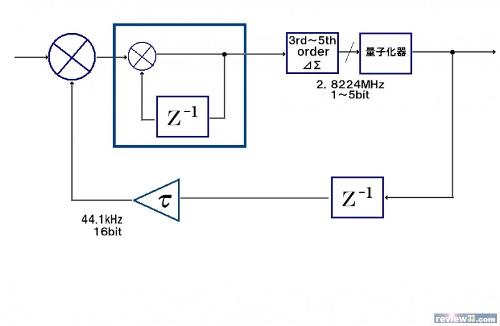 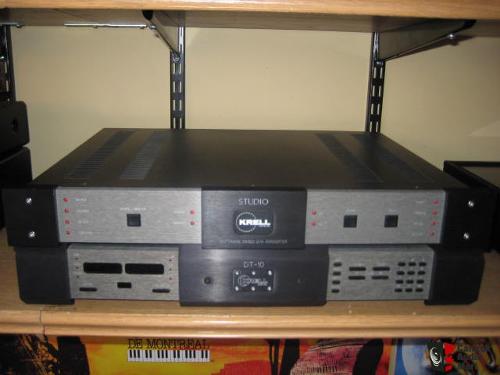 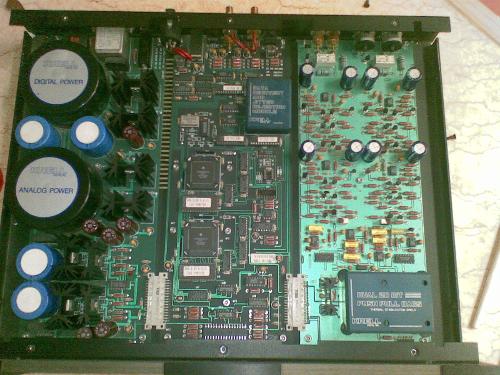 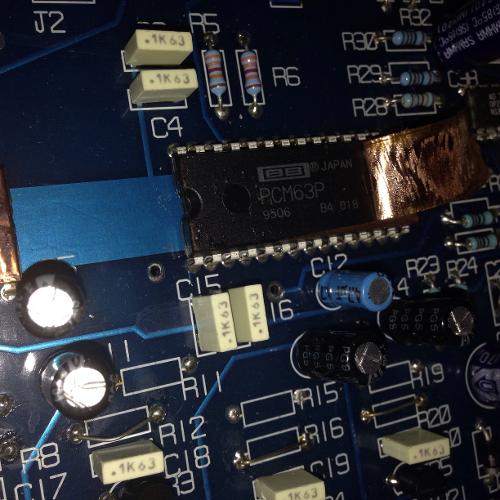 purrin said:
The Schiit low end stuff is really just too neat and cheap not to try. It's like the cool stuff on Massdrop. I have schiit from Schiit and Massdrop still sitting inside the boxes.

I'm down to one headphone now, and that is the Paradox. I liked the HD800's technicalities, but it just gives me a headache and I really don't want to screw up my ear now that I'm back experimenting with speakers again. Audezes are nice listen, the only problem with using them for production work is that you'll probably end up with too bright of the sound if you acclimate and forget they are tuned to be laid-back / rolled.

You can look up random FR graphs here and there, and at the end of the day, the Paradox sounds the most like my speaker setup (using an old B&K microphone target response at listening position). The Paradox is a touch bright in the mid-treble. Just notch down 2-3db around 9k and you are done. Depends upon the chain. I know Luis likes a little boost up there to help definition when he's mastering stuff. IME, Paradox + Sabre DAC = bad idea. Actually, anything, with some exceptions of couse, with Sabre = bad idea.

The Alpha Dogs are OK, slightly better resolution and definition compared to Paradox, but I found a hardness or glare in the treble to the sound which only weakly correlated with measurements (maybe a small bump around 6kHz).
Click to expand...

Lol- You wrote exactly what I was struggling to communicate about the Alpha Dogs (hardness is really the right word imo) and the HD800 (I remember putting them on and thinking "so much detail and space... but these aren't going to stay on my head for very long")

I had essentially decided to do that anyways (I was thinking I would audition some other stuff first), but now I won't worry about it nearly as much

Thank you so much for making this decision process far more relaxing!​


thegunner100 said:
The DC-1 is a great value at $500 and comes with tons of features that similarly priced dacs don't have. You get multiple inputs, SE/balanced pre-amp outputs, and a remote control! At the time that I wrote my comparison between the DC-1 and Gungnir, I felt that the two weren't all too much different from each other. However... now I can probably tell more of a difference between the two since I'm more experienced. By association though, the DC-1 is probably a better buy than the bifrost with the uber and gen 2 usb upgrades.

I returned the DC-1 and kept the Gungnir because I felt that the Gungnir was just a bit better, and while it doesn't have the features that the DC-1 does, it will be upgradeable in the future.

Another dac that you could try right now is the GO 450 since it is just $129 on massdrop right now. The GO is seriously a VERY good dac for it's price, plus it's very portable if you need that sort of thing. I don't know how it compares to the Modi 2 uber though.
Click to expand...

I will actually have uses for the additional features of the DC-1 (and I only have so much budget as I'm getting cans as well), some immediate, some waiting for more budget. For example, the dual onboard headphone amps will actually be really convenient for showing my work to friends, and the high quality preamp will drastically extend usability when i bring it into my school studios and use it in place of the lame Motu interfaces in the rooms that have the best synthesizers (something the Gungir would probably be too big for). Also, it's much easier on the budget (33% less, and I can skate by on the onboard headphone amp while I pool money for a bit). So the DC-1 seems to be the right choice in my case- though I plan to buy it on Amazon, so if I have some issue with it, I don't lose any money.

I really appreciate you chiming in here

kugino said:
so has anyone here heard any of the older monarchy audio dacs? they used the pcm63 chips in them and seemed to have really favorable reviews at the time.
Click to expand...

Having owned the 1704uk based nm24 I am still interested in the older pcm63 m24 and m22(?)DACs. I had always heard that that the m24 was superior to the newer version. But with the Yggy's release seemingly just around the corner I decided not to scratch that itch. There's a m22 on eBay someone should buy before I get tired of looking at it though.

purrin said:
I would have gotten one, but people are asking too much for them.

Now what would be awesome would be a tubed Yggdrasil. But I know Mike, Jason, and the guys at Schiit would never do that. Yup never. Never ever. Probably not enough real estate since would need separate power supply for the tubes.
Click to expand...

Yuck, not me. If my history with tubes is any indication a tube version of the Yggy would lead to me owning a room full of tubes and being very unhappy.
Share This Post
Reactions: conquerator2
post-11410773
Post #2,990 of 6,423

aka Marvey, purr1n
Member of the Trade: Eddie Current

aka Marvey, purr1n
Member of the Trade: Eddie Current

this "warmth" of modi 2 uber is interesting, IIRC the modi 1 non-uber was initially reported as "slightly bright, or thin" ?
Click to expand...


Original Modi was on the lean side - depended up on USB. I had to resort to Wyrd for Modi to get a more consistent sound that wasn't lean..

It's not warm, it's essentially neutral at its core, but I would say it leans more towards the warm-side of the neutral spectrum. Never heard the modi 1, but I definitely wouldn't call the Modi 2U thin or bright.

If you've heard the Gamma 2 before, I'd say its pretty similar to that.
Click to expand...


My original statement was saying that Magni 2 Uber > warmer than Magni 2 when used in combination with Modi 2 Uber. I need to pick up a Modi 2 Uber for myself. Trying to avoid because the perception is that I'm kind of a Schiit-shill or Schiit-head. But it's hard to deny performance for the price.
Not responding to PMs here anymore.
Share This Post
post-11412176
Post #2,993 of 6,423

Has anybody ever listened to Emotiva XDA-2 GEN2?
How does it perform comparing to Schiit M&M 2 stack and Denon DA300?

Is the Metrum Octave an R2R DAC? I googled it and some says it's a string DAC, not an R2R.
Cans: Sennheiser HD800 | Sennheiser HD650
IEM: HiFiMan RE-600
Amp: Sennheiser HDVA 600
DAC: Benchmark DAC1-USB
Turntable: Pro-Ject Debut Carbon DC

Proud inventor of the SuperDupont Resonator for HD800. Want the genuine original SDR? Send me a PM

Is the Metrum Octave an R2R DAC? I googled it and some says it's a string DAC, not an R2R.
Click to expand...

Nothing wrong with it being a Resistor String DAC chip instead of an R2R type, both are multibit dac chips just of differing architectures.

I think the main problem here is that on the forum R2R has become synonymous with multibit, which isn't the case, there are several types of multibit DAC architectures around, R2R just being one of them.
Share This Post
post-11414487
Post #2,997 of 6,423

This may be a silly question but is the PS Audio perfectwave MK II still considered a strong contender among the other dacs that are out right now? I have the gungnir but was considering buying a used perfectwave. I've done a lot of research, just wasn't sure if this dac was outdated at all yet if that makes any sense.
Macbook>Flac>JRiver>PS Audio PWD MKII>TBD>TBD
Share This Post
post-11414537
Post #2,998 of 6,423

I think the main problem here is that on the forum R2R has become synonymous with multibit, which isn't the case, there are several types of multibit DAC architectures around, R2R just being one of them.
Click to expand...

Even within DACs which are nominally R2R often not all the stages are implemented as R2R. For example the Yggy's DAC is shown here - 6MSBs are decoded separately and the bottom 14 bits are true R2R.

I think the main problem here is that on the forum R2R has become synonymous with multibit, which isn't the case, there are several types of multibit DAC architectures around, R2R just being one of them.
Click to expand...

Even within DACs which are nominally R2R often not all the stages are implemented as R2R. For example the Yggy's DAC is shown here - 6MSBs are decoded separately and the bottom 14 bits are true R2R.


Interesting. That could actually be how the TotalDAC is implemented as well.
SPOILER!