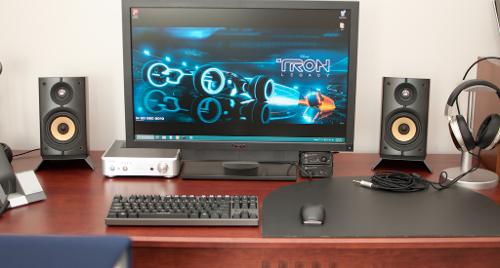 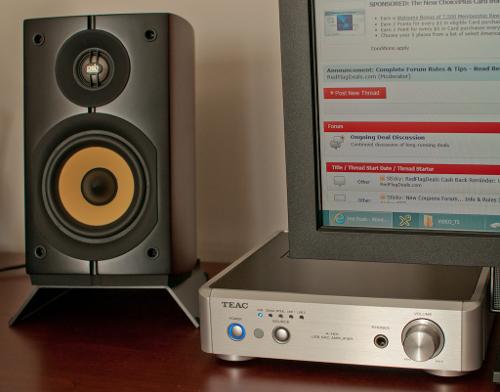 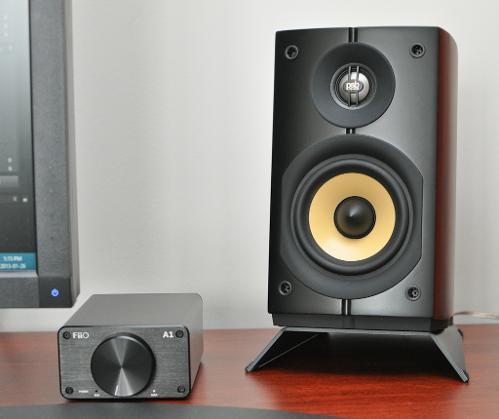 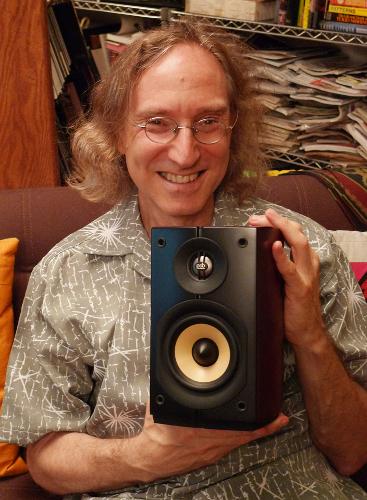 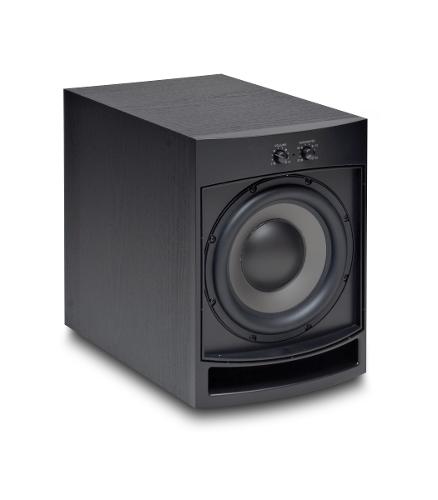 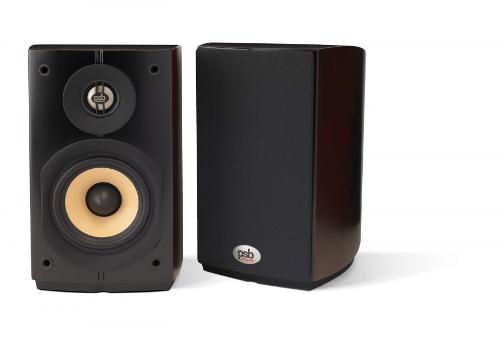 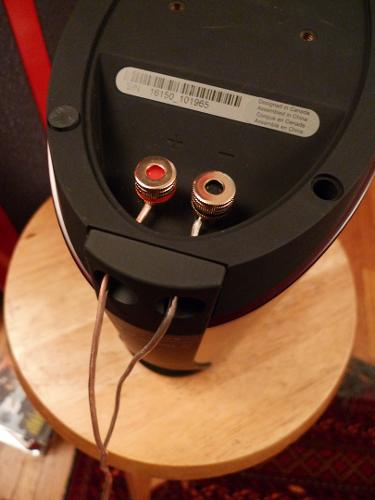 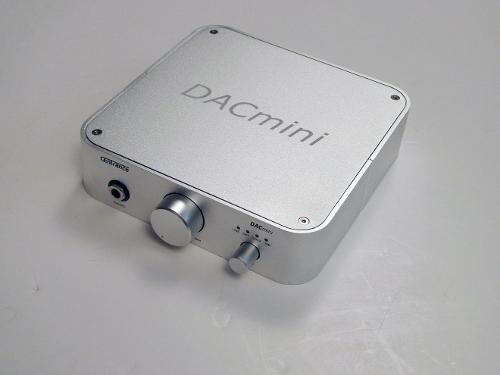 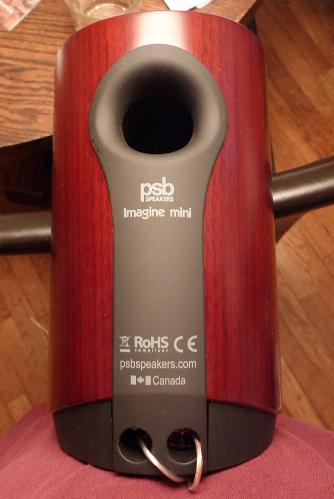 You are using an out of date browser. It may not display this or other websites correctly.
You should upgrade or use an alternative browser.
REVIEW: PSB Imagine mini Speakers

A steal at that price. I'm still very happy with mine.

yeah.. they are pretty amazing. I use them with my PC at my desk - no more switching to the big daddy full system to listen to music

I'm still quite pleased with my PSB Imagine Mini more than a year later.  I think I paid about $600 for the RMAF 2011 dark cherry demos, but I'd have to go back through my receipts to be sure.
Larry Head-Fi Feedback
See my PUBLIC PROFILE for links to my reviews (being updated)
Recent Reviews: (1) V-MODA Crossfade M-100 Review
(2) JH Audio JH16Pro Freq-phase custom IEM
(4) Westone ES60 custom IEM

anybody here have compared the Eminent technology LFT-16a (1000$) to other speakers like psb mini etc...

that planar push pull midrange with no crossover btw 250hz and 7.5kz is really really keeping me from looking elsewhere right now.... the others i'm looking at are ERAudio electrostatics mini panel(500$+shipping from autralia, but need sub and matching amp) or evolutions acoustics MMicroOne

in total i dont want to go over 3500$ and i don't mind if i need to upgrade later some parts like the amp.

If i choose lets say the evolutions acoustics mmmicroone at 2500$.. i will of course buy a lower cost 400$ amp and maybe wait for the dac..

mibutenma said:
In my experience with PSB it's not about powering them if you have a speaker amp it will power them.
It's about giving them a quality amp something like Marantz or NAD at the lowest end.
Don't use Sony or Onkyo as they just make PSB speakers sound bland and nothing special.

I already had too many speakers but my local dealer had a sale on the Minis and I couldn't resist giving them a try. I also bought cheap A1 amp to try out....I have a Audioengine N22 but I wanted to see how this little A1 fares when driving an upscale bookshelf.

I haven't had extensive listening time and the speakers haven't been broken in yet, but so far, the combo is quite pleasing for the price, it isn't as transparent as my MC15 which is my benchmark for $1000, but then again I paid half of that for this combo and for desktop use outside of mixing/monitoring, this combo is quite musical. It doesn't have the depth of bass that makes me forget it's a small speaker, but it also astounds me because it's such a small speaker and throws depth of image and a punch that belies its size. I think their other strength is in the way they never sound boxy even when I start pushing the volume way higher than is comfortable for nearfield.. The size of the speaker fits nicely into the décor of my desk without visually overwhelming it like most studio monitors do.

The only issue is that I think it needs to be higher off the desk because I do feel the sound is a bit shouty on my Dynaudio metal stands....these speakers really benefit from being higher and away from the wall as well. I think they sound best with the tweeters pointed at my ear or lower

The A1 amp was $50 on sale and I was also impressed how competent it is for that price. I had a steak dinner that cost more than this amp, and it did a bang up job. It's only 14W/channel and the sound quality starts to strain if I try to push it past 12 o clock (at which point the volume was beyond comfortable even sitting at the back of my bedroom)
cheers, warpdriver (feedback)

Decided to pick up a new Teac AH01 DAC/Amp....what a fantastic little amp and it makes the Minis sing Is anyone using these guys with a vintage receiver? Preferably a Pioneer

Almost ten years since this review was first published, I thought I'd add a few observations of my own as a long term owner.

As Steve noted, the PSB Imagine Mini is a premium bookshelf speaker, both in performance and fit and finish. When available, they sat at the top end of the price range for similar products. Right now in 2021, the last few new pairs are still available discounted as clearance items. That's a long run which suggests performance has held up well against newer products.

While Steve talks about nearfield applications, I've bought these specifically for a wall mounted application in a small room. These speakers were available with an adjustable wall mounting bracket as well as dedicated floor stands, at which point the oft mentioned recessed speaker connections make perfect sense. I have in wall cabling and never found the recessed connections to be an issue as it happens. It's a well thought out solution matched to the available mounting options, but I can see how it may have confused some over the years who never experienced them in conjunction with the wall brackets or floor stands.

I have them positioned high on the wall pointing down. I presume the wall mount locates the speaker appropriately from the wall for decent bass reproduction. Over the years reviewers have commented on weak bass performance when they have been miles from the wall. On the wall brackets, they are very close to the wall and sound great.

I won't dwell on the minutae of reproduction quality other than to say that combined with a PSB Subseries 200, they have provided many hours of listening pleasure. What has changed over the years is the source, and subsequent source upgrades have revealed further depths of performance.

Right now, there is a NAD M10 attached which lights them up nicely. With Dirac active, they vanish and sound comes from everywhere. Its a neat trick. The sound is detailed and full, never strained even at high listening levels. SPL of 90db is loud enough and the volume control has been limited so that the speakers cannot be accidentally vaporised should there be a slip of the finger given the M10 is operated completely by a mobile device of some sort. At that volume the speakers are moving plenty of air, but sound effortless. Everything appears to be right there in the room rather than being poured from a box. The sound becomes fuller rather than louder, similar to the Maggies owned at another time. AC/DC sound like they should and at the other end of the spectrum, nuances of well recorded orchestral music are all present.

With the M10 crossover set to 80 Hz, the sub provides punch you can feel, but obviously these speakers are not going to reproduce dynamics in a way that larger multi driver speakers can. That's about the only trade off I can identify and at the price and size, that's fair enough. In this small room application they have provided years of enjoyment and I suspect will continue to do so long into the future.

Our system is dubbed "The Audio Tardis" which says it all.

Pudu said:
Is anyone using these guys with a vintage receiver? Preferably a Pioneer

Well, i guess this is a very delayed response, but I’m using these with a 70s vintage Yamaha CA-1010 integrated and it’s a great match.

Very nice update Keith. I’ll add an update as well. I had these speakers in a small second system with a Luxman SQ-N100 tube integrated for almost 8 years. For the first year I had them on a shelf, but then bought their dedicated PSB stands. Putting them on stands and getting them out from the wall made a big difference in clarity, soundstage and imaging. I also added a small REL sub, which kicked things up as well. Eventually I replaced them with Sonus faber Minima Amators, but now they‘re paired with a vintage Yamaha integrated on a shelf on my workbench in a small shop. They’re perfect for this: small enough to fit on a shelf, and provide great sound and imaging in a realtively near-field setting. I wouldn’t hesitate to recommend these.
T

After looking over a year for small passive desktop speakers, I've finally settled with the Imagine Minis. Got them used for a little over $300 on FB marketplace. Others I've tried were Jamo C601 (too v shaped), Jamo C401 (much more natural tonal balance but not enough resolution), Monitor Audio Radius 90 (too much treble). Before all this, I had a Vanatoo T0 which were great but I wanted an excuse to have the Burson Funk that can do both headphones and speakers. My desk is at the corner of the room so the bass is pretty boomy. Having a sock in there removes too much bass so I was satisfied with 2 Kleenex in each port. It sounds great already without a sub but paired with the REL TZero III sub and it's perfection. I think the SQ of this setup is enough to keep me satisfied for many years to come.

Strengths:
- Very large sound stage for nearfields @ 3ft away.
- Great imaging. Speakers disappear for many songs.
- Great solution but non-fatiguing treble.
- Small enough to not look out of place on my desk.
- Can play really loud, way more than I need. Dial set to 9 o'clock on the Funk for normal listening but won't distort at max volume (5 o'clock)

Weaknesses:
- Weird binding post. Had to make new speaker cables for it.