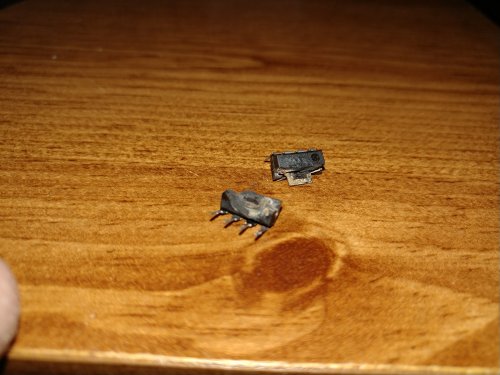 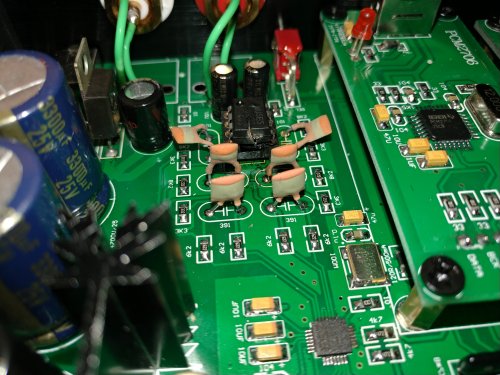 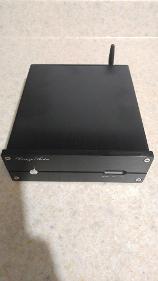 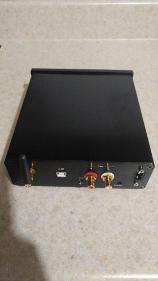 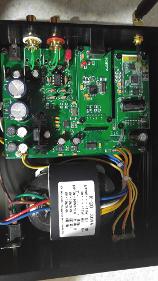 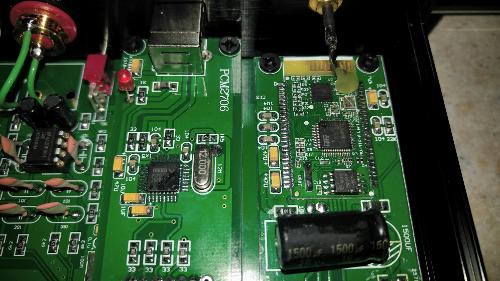 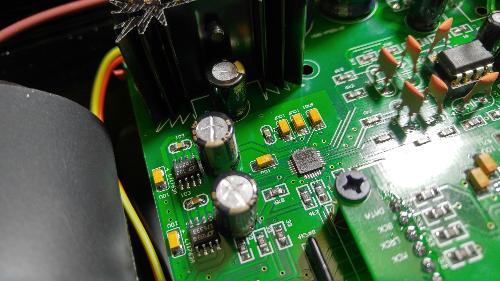 See full thread gallery...
You are using an out of date browser. It may not display this or other websites correctly.
You should upgrade or use an alternative browser.
Review of Breeze Audio ES9018K2M XMOS USB Bluetooth DAC

After some time using the the Belkin F8Z492 bluetooth receiver, I began to get annoyed by some intermittent connectivity with my Dell XPS15.  I primarily use the bluetooth dac to connect to my main system when listening to background audio off my laptop while working, and occasional focused listening.  However, after getting used to the idea and convenience of this wireless setup, I’ve started doing more critical listening with it, and became motivated to replace the Belkin.

So, a quick scan through the web reveals a few bluetooth dacs from Arcam and Mass Fidelity.  I liked the design specs and component selection in the Mass Fidelity Relay, and reviews were quite good, but the price was a little hard to justify.  Then I noticed this Breeze Audio dac on eBay when searching for Bluetooth DAC, where a few suppliers were listing it from $85 to $150, I decided to go with the cheapest listing and give it a shot.

Upon arrival (about 2 week shipping) took a quick listen to make sure all worked.  It paired with my android phone and laptop quickly, and played sound: check.  The green LED stays solid when it is paired, and blinks when searching for device to pair.

Construction / Design
------------------------------
Overall this is very well built, there is a little antenna on the back that can be oriented.  The RCA connectors are very solid, and wiring inside is cleanly executed.  The case is fitted nicely, and the boards are pretty clean except for couple bits of flux residue.  There is a switch on the back to go from USB mode to Bluetooth, and I am only evaluating the Bluetooth mode (no problem observed in connecting by USB).

Inside, we can see an R-core transformer is used, and the other components as described in the listing description: ESS9018K2M DAC chip, PCM2706 USB DAC, LME49860NA opamp, and ARM based Bluetooth receiver.  I think this is a pretty respectable combination of chips for the price.  The ESS I think is the portable variant of their well respected 32bit DAC, so it’s likely the lowest cost, but it still sounds quite good based on the LG V10 phone I have with it.  I have also seen many praise the LME49860NA, and it seems to have some quite impressive specs.

Notice there is a 3.5mm jack on the back, but listening through that was full of buzzing and clicks, and (it leaves you to control the volume only by software), I think it was an afterthought.  All further listening was done through RCA into Xindak V30 amp into PSB Gold speakers or my Dynahi and Sennheiser HD600s.

Sound
------------------------------
So the first thing that struck me when compared to the Belkin receiver, the depth and width of the soundstage were vastly larger.  Actually it was almost as though the Belkin was a mono source when I go back to it (of course that is hyperbole) but it is really noticeable.  Not at all a feature you have to focus and try to hear, it is obvious at first listen.  Voices were clear, instruments were well separated.  There is a black background, with no perceived hiss or noise floor, especially with the speaker setup.

Next, there is a level of graininess that has been lifted.  The Belkin was leaving this veil over all the instruments and voices, and it was like a hazy or grit that was preventing the dynamics, peaks, valleys and details coming through.  The Breeze unit was lifting all this to provide an unobstructed window into the music.  I couldn’t believe all the striking details that finally grabbed my attention that I never noticed before.  Actually, some of them were even coming through in recording that I had long recognized from my CD source.

So that brought me to my next comparison, how does the Breeze compare to a serious CD source with the same material?  That is a bit difficult to assess fairly, so I decided to take a few albums I had as FLAC files (Miles Davis’ Kind of Blue, NIN’s Hesitation Marks), stream them simultaneously from the computer while the other amp input was playing them through my CD player (Eastsound E5, version 1, which is is a very serious source that I would say competes with anything <$2000).  So, switching inputs from my remote A/B gave me some more insights.

The CD source was definitely more refined, with a more prominent midrange which gave voices a natural body.  Also, the 3D sound stage was not wider or deeper much, but more filled in.  For example, it was easier to picture where in space an instrument was projected, more holographically and precisely.  But these were really the only slightly noticeable improvements.  I would say the Breeze held it’s own, occasionally offering some details and nuances the CD source kind of glossed over, I could hear it too, but would have to go back and look for it.  I think this is attributed to the improvements in DAC technology that is 10 years apart.

So, overall I am extremely satisfied with a bargain chinese little USB DAC/bluetooth receiver!  I highly recommend this if you are looking for something like this, it adds so much wireless convenience to a standard 2-channel system. I have 2 of their portable amps which are op amp rollable. Bought it just for fun since it was pretty cheap. Pretty good sound for its price.

Update: Just over the summer, this unit went dead. So, suspecting maybe it was the opamp, I rolled it to a muses 8920, and it was a nice improvement. Then that went dead after a couple months again. So, I replaced it again, and carefully monitored the sound and checked the +V -V supply on this to check it was ok. Let it run for about a few more months.

Then, this week, listening to it I noticed something starting to sound garbled... then the smell of burning!!!

So I immediately unplugged stuff... and opened it up, confirming it fried the opamp! Holy cow, look at the picture, it actually blew right apart in half!

Thank goodness I didn't leave it on while I was away. I am starting to reconsider this cheap stuff... I am wondering if a capacitor went bad or something.

I tried replacing the opamp again. All I have is a OPA2227, which worked before, but now sounds garbled and is leaving an 0.8V offset at the outputs. Also, the -V = +0.88V, so I think something is wrong or damaged with the power supplies.
Last edited: Dec 20, 2017
"Music is the shorthand of emotion." - Tolstoy
Check out my Dark Electronica playlist
Ghost Called Misery IDM/industrial music
You must log in or register to reply here.