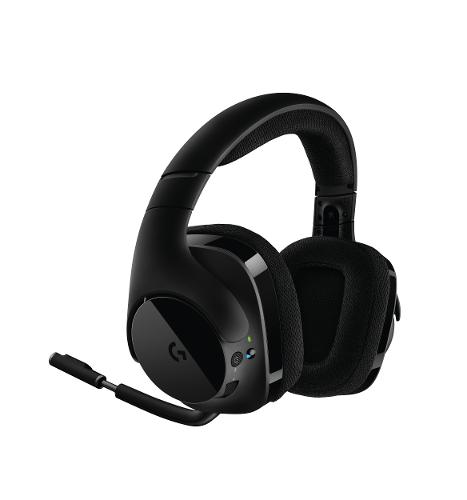 Logitech G - Logitech's gaming accessory division - has announced their newest wireless headset, the Logitech G G533. The G533 is the successor to the popular G930 that was released back in 2010. The G533 improves on the former model by utilizing Logitech G's Pro-G drivers which, according to Logitech G, "...excel at separation and detail, directionality and imaging." The G533 also utilizes Dolby's DTS Headphone X to simulate full 7.1 surround sound for more immersion and a competitive edge when gaming. Logitech G states that the G533 has improved comfort and range over the G930 with a longer battery life as well. The G533 can last 15 hours and reach up to 50 feet away from the computer. With some gaming headsets it's difficult to go fix a snack or grab a drink while waiting for the next round in Overwatch, but with the wireless range of the G533 that doesn't seem to be an issue. Since you don't have to remove the headphone you'll know immediately when the next match procs and can rush back to the keyboard. Logitech G says that it's a lag-free design, so there's no need to worry about response times in fast paced games.

The G533 features a closed-back design designed to isolate the user from outside noise, a microphone that auto-mutes when folded away from the mouth, a pop filter and EQ options to maximize the listener's experience. We can expect to see the G533 available globally later this month for $149 USD.