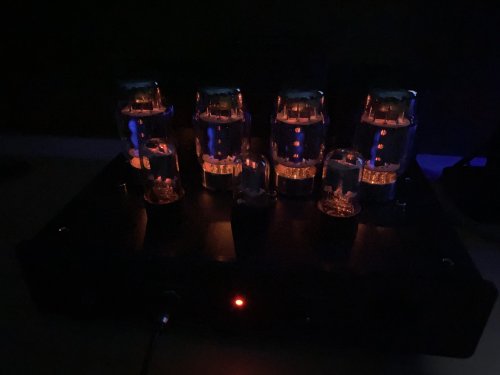 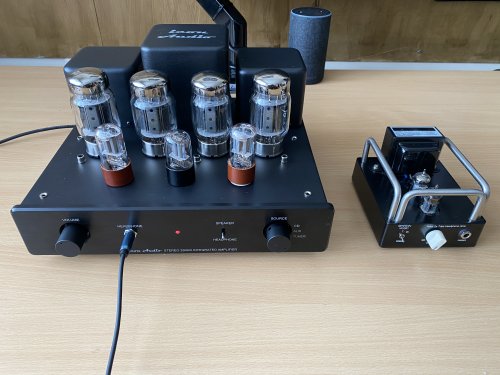 I’ve been using a Helot 2x Tube Headphone Amp for a little while in my office. I’ve also been using a JBL speaker system for my PC as well. However, this had developed a fault and needed to be replaced.

Looking around for a replacement, I thought do I need two systems, or could I combine into one. Firstly, I looked at what I could do with the Helot, but there wasn’t much scope.

I then considered getting an integrated amp with a headphone socket to combine the two, but staying with a valve amp. This was great fun, reviewing what was available. To this end, I ended up getting an Icon Audio Stereo 25 PP Mk 2 integrated amplifier. This has three inputs and now allows me to connect my PC to one and my iPhone to another leaving a spare input for future use. With the PC I can use the speakers and then switch over to the headphone side when I want to use them.

Build wise, it is substantial and a tank, but I think that it is a nice design. It is much larger and heavier, being 23kg, than the Helot, so had to do a bit of re-arranging of my desk, but managed to get everything thing to fit.

Still burning it in at the moment, so I’ll see how it develops. I know that it’s not strictly a headphone amp per se, but they do make dedicated headphone amps as well. So far, I’m enjoying it and it fits my current needs, plus it acts as a heater as well so planning for the chilly nights.....

I will post some photos of it in situ and working a bit later on. But in the meantime, this is a photo of them side by side, so you can see the fun I had fitting it in. 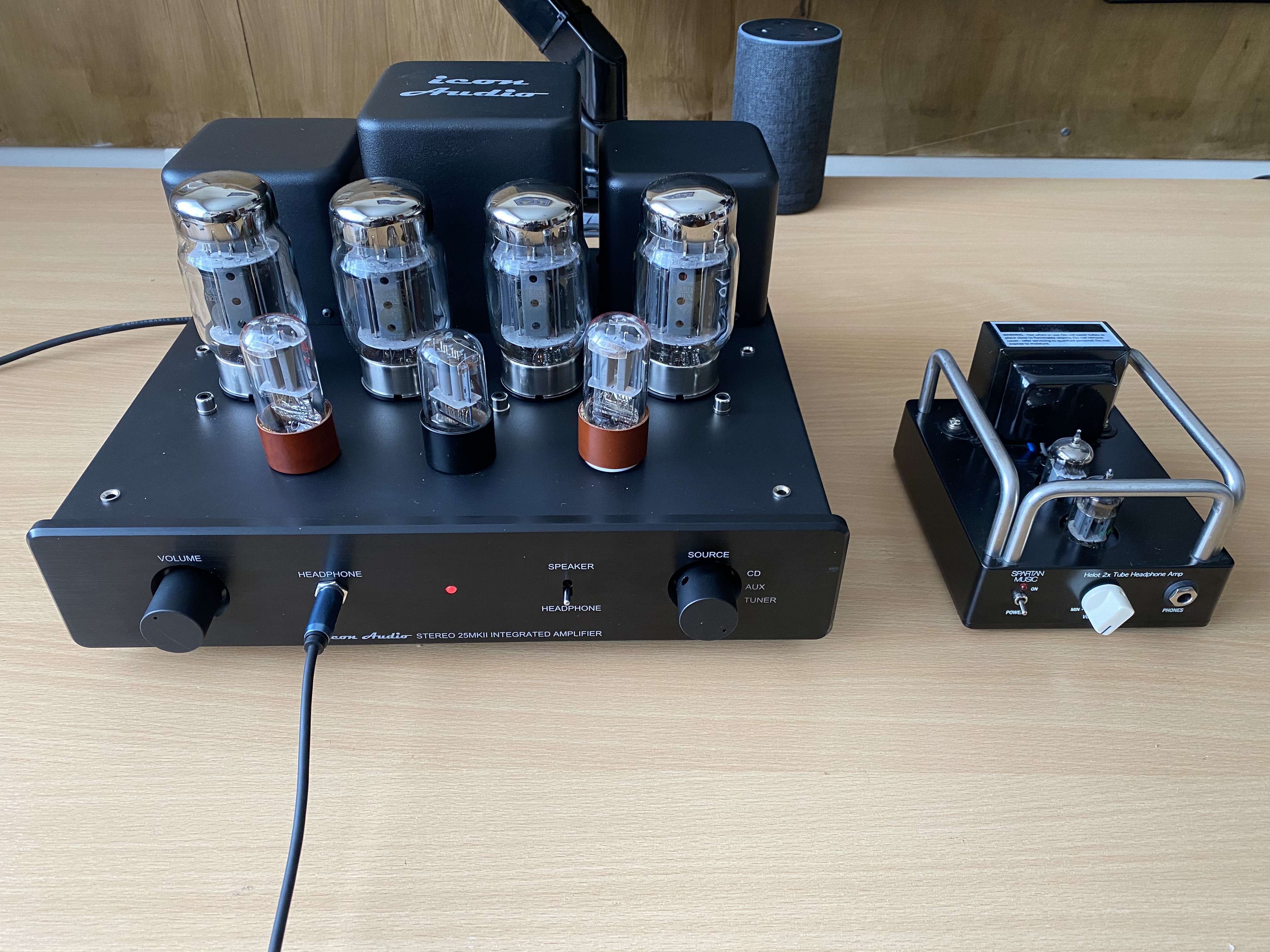 Coztomba said:
.......What headphone will you be using with it?
Click to expand...

The main ones in my office are Focal Listen Pro plus Fiio FH1s IEM. I also have the Focal Elear on my main system.
Music Makes You Happy
Share This Post
post-15847503
Post #4 of 7

OctavianH said:
This is a very interesting thread. Please keep us informed about your findings. This amplifier is on my watch list.
Click to expand...

I went for the KT88 valve version. Still burning the amp in and is sounding very good. Bass is there and developing. Only using it with headphones whilst waiting for the speakers to arrive, so I’ll also report on these as well.

To help tempt you, here is a picture of the amp at night. 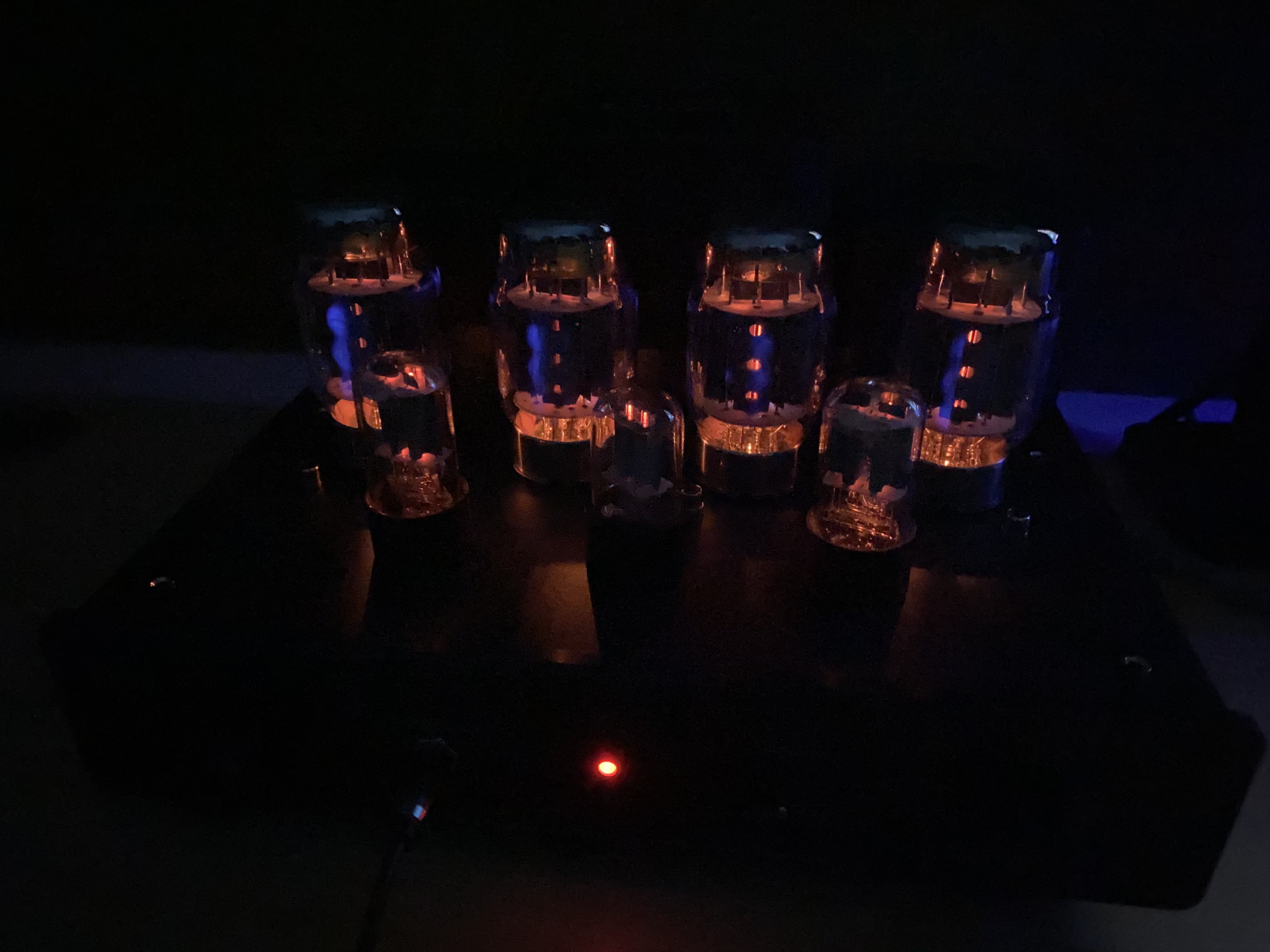 I know what KT88 can do, I listen to them and other like KT66, KT77 or 6550A on my Elise, and the sound I am searching for is the one for electric guitar, for rock music, which is great on this family of tubes. What tracks are you listening on and how can you describe them?

OctavianH said:
What tracks are you listening on and how can you describe them?

Still early days, but my main choice of music through it, is Jazz. I’m particularly keen on tracks with trumpets, double and drums.
Music Makes You Happy
Share This Post
You must log in or register to reply here.