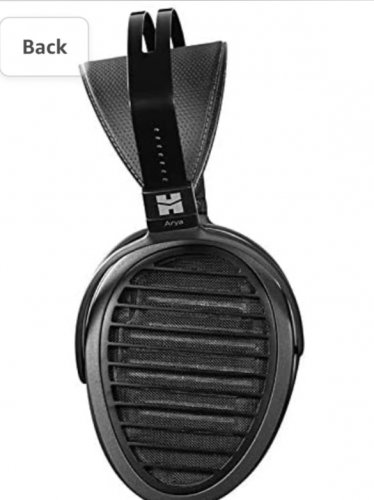 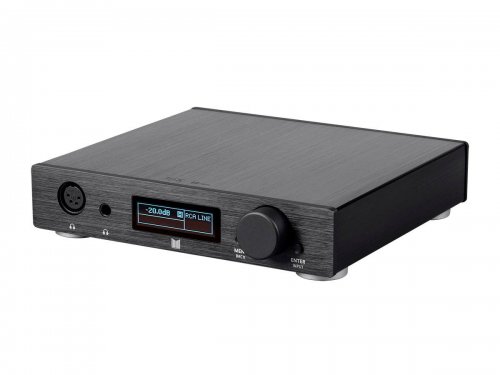 How much difference does an amp make in the overall sound of a system? In a seperate amp/dac system which is more important to the sound the amp or the dac? I am currently using a Monolith thx dac/amp combo and using Hi Fi Man Arya headphones. Would it be worth it to upgrade to seperates? What are some good dacs and amps in the $1,000 to $2,000 price range? Also, what about a tube amp? Thanks so much for any feedback!
Share This Post
post-15840019
Post #2 of 9

Your setup is just fine. What music do you listen to with it? My guess is you want a little more bass than the Arya has to offer? Do you listen via PC? If so make sure your player volume is near 100% and use the amp's volume knob to adjust the volume.

Check these tracks out with your setup and tell me if it sounds good to you.
1.) Rememberin' Stevie by Buddy Guy on the Best of Buddy Guy album
2.) The Fermi Paradox I by Epic Mountain on the Kurzgesagt Vol. 2 album
3.) Tempo by Donati on the Lounge Chill Out Sounds Volume 3 album
4.) All the Time by Israel Vich from the electronica album

Those should give you an idea of what your system is capable of at the moment.

Tube amps are usually bad ideas with planars as they can lack current and almost always have output impedance issues that do not play well with planars. Tube amps are "fun" with dynamic headphones like the HD650 and HD800 as you can bloom the bass a few dB by adding distortion in particular a high 2nd harmonic. They are not usually worth it in the end as they don't play well with so many other headphones, they heat up, and eventually the tubes die. A good solid state amp should be more than enough, like the one you already have, and your focus should be on new music or another headphone.

Perhaps something like the Philips Fidelio X2HR/27? I moved to it from the HE400i and love both for what they do. The X2HR provides a more fun and engaging sound. You might also like it.
There are only two types of headphones; those you like and those you do not.

Everything has an effect on the overall sound. Typically people will do an exploratory run where they test out various methods of amplification. But beyond the effects of tube or solid state the amp power in relation to the damping factor the headphone needs will create it’s own style of response.

You can have tube amps sound both warm and slow or solid-state and clean and fast sounding. So it can be confusing. Even tube amps by the same company. The entry Woo 3 tube amp has a warm yet distorted sound, where the past flagship Woo 5LE has a clean solid-state sound.

Typically people will gravitate towards an amplifier system which holds the tone they are looking for. So many amplifiers will have a style of personality even though they are still considered transparent and somewhat neutral. That’s the great thing is so many quality tone choices. Also within those choices is different aspects of how they handle bass or treble as well as different amps have different soundstages too.

Tubes can be a hassle as they normally take about a 30 minute warm-up time before being their best. Also after years tubes need to be replaced.

Solid state was and is noted for it’s dependability and ease of use. But normally people will mix the DAC and amplifier of their choice looking for a sound. Also keep in mind there has also been a huge influx of combined units that have both together.

When looking at a DAC the options have really become a fairly big list in recent years. There are some DACs which don’t do DSD. Some people want streaming options as well as you need to look at how the all in one or separates blend into your older gear.

Typically we look at trying to correct what is viewed as artifacts in reproduction and try to arrange gear to fit together and have synergy. Synergy may be a warmer amp with a colder DAC. Also different headphones actually have different amplifier requirements. My Sony TA desktop amplifier has an upsampling DAC and even though not the most powerful goes well with the easy to drive Sony headphones I use with it. Also if you want to use IEMs, finding a quite amplifier will allow even the use of sensitive IEMs that would normally show slight hum.


Going to a Head-Fi meet will allow you to experience what others have created as their goals being met. Price is probably not always going to factor of the gear being the best. It’s mainly finding what your own personal tone is. Going to a show or meet will allow you to find what gear your drawn to. Still after a long ownership period the real question of being happy can be answered.

At this very moment I’m listening to 24bit files with a bit-perfect Apple file player on a MacBook Air laptop going to a $150 FiiO Alpen 2 E17K portable DAC/amplifier. And while such a system is not perfect it powers the $600 qdc Anole V3 IEMs really really well. So there is a perfect example of the power being correct and the tone being correct to reach the desired results in a budget set-up.

To summarize, every piece of gear makes a difference and for years folks have always recommended different priorities over others. In the end your system will need to be a combination of qualities. It’s true that the headphone may seem to make the most difference, yet the wrong amp or DAC will put a stronghold on that headphone reaching it’s full end potential.

The other big change the last 6 years has been powerful DAPs. DAPs can be a win win they run off batteries removing the worry of clean power. They have typically very high tech DAC chips which will be able to decode any file you throw at them. No need to worry about interconnections as there are none needed, they are all internal. Almost desktop power performance is available allowing a wide choice of headphones and IEMs. Typically the DAPs now have great interfaces with touch screens and easy to use file systems. 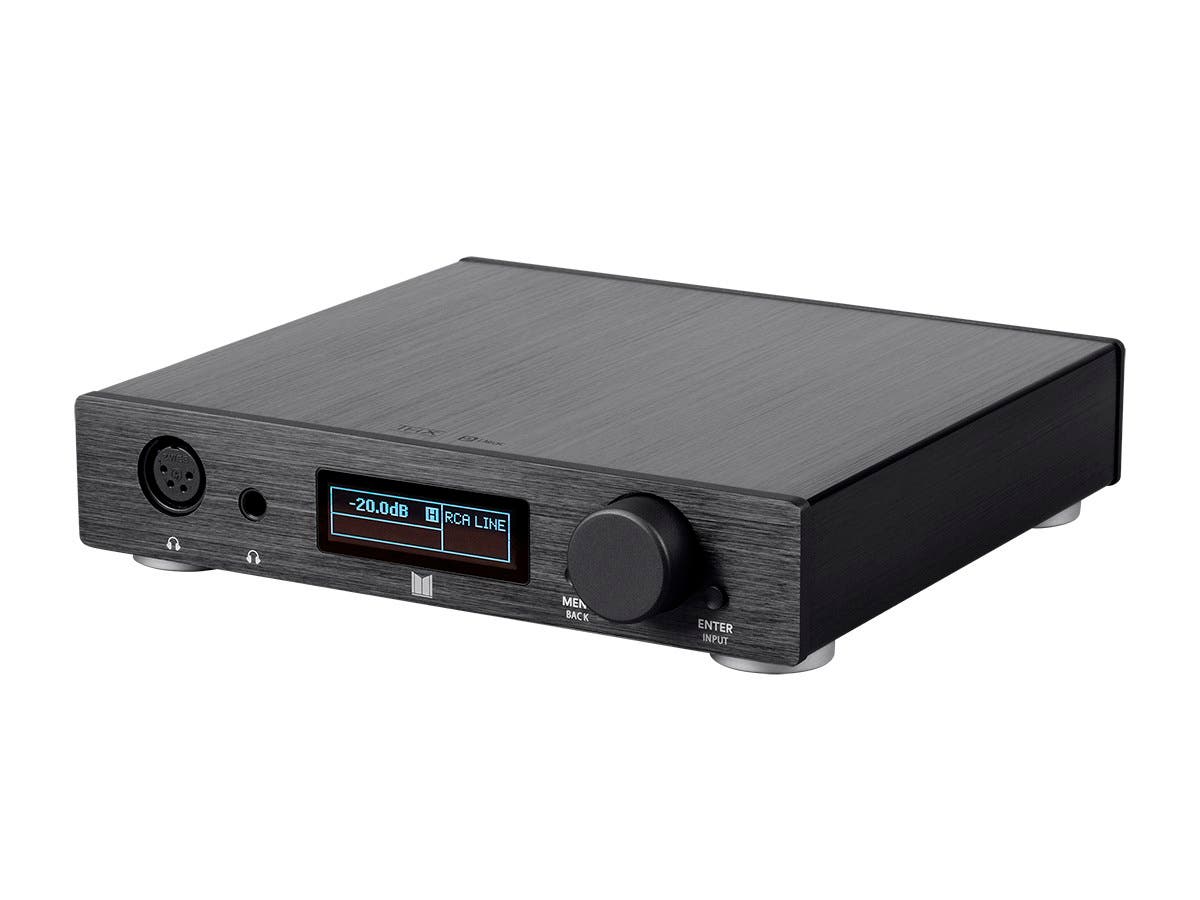 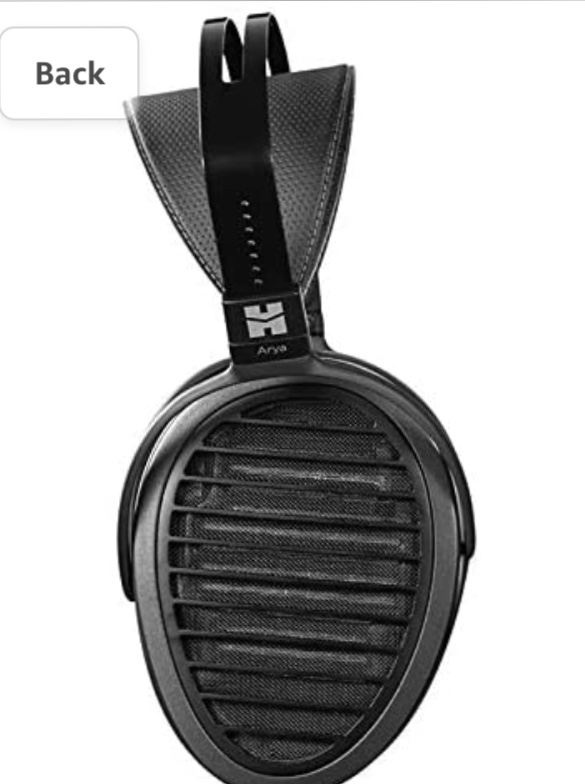 I’m not exactly familiar with your gear, but going to the respective threads on those products will offer personal stories and personal success stories.

You may find someone who had exactly your same gear and put a large powerful tube amp in-between your DAC/Amp and headphones and felt they were “end-game”.

The Monolith thx dac/amp has just DAC out right? So my choice would be try and rotate a nice tube amp in and live with the sound a while. For most of us finding a headphone which we loved the sound on was the biggest challenge. So in a way adding a nice tube amp is trying to further place improvement in front of the headphone.

One amp I really liked was the EC Zana Duex. At that level too, don’t look for a bunch of slow and boggy warmth. What a tube amp is going to do is make the soundstage seem bigger adding a naturalness as well as create some small harmonic complexity around the notes. So things will actually be more clear and detailed yet simply different. At a Head-Fi meet I did a side by side test with my Woo 5LE next to the EC Zana Duex and they were almost identical with all the headphones I used. The benefits being to retube the W5 LE is like $600 with the Zana Duex being super low cost.

The best research would be to find people who have your exact gear and have attempted an upgrade path. The upgrade path has a level of diminishing returns where money can be spent with only slight improvements. Yet even something as simple as RCA interconnects being changed or power cords being changed have made incredible changes; especially if they were to be changes into the tone direction I wanted to go.

Keep in mind the Woo 5LE or Zana Duex will power any headphone in existence. They don’t really sound like most people’s ideas of a tube amp.

“
so i started with the WA7 and the WA7tp. the woo audio was indeed magical and made look more into this company. the woo audio sound sig exist in the WA7 but the WA5-LE is the beast that will take everything to the next level, not to mention i can drive the legendary mad black horse, the HE-6.”
Last edited: Sep 3, 2020
DUNU Studio SA6/ Sony MDR-Z1R
Sony TA-ZH1ES/ qdc Anole V3
Sony NW-WM1Z/ NW-WM1A
K10 Encore IEM/Fearless S6Rui
Sony IER-Z1R/ Sony MDR-Z7
Share This Post
Reactions: tomb
post-15840387
Post #6 of 9
V

Hard to tell. I had the same question before upgrading from a 200 € amp to a 5000 € amp. Sadly nobody bothers to compare two items that are that far apart in price because people seem to think that another price means another league. On the other hand i read everywhere that amps don't make any difference if they provide enough clean power so i was kinda bothered and had to test it myself.

When i don't talk about the improved modes, power, connections etc. i would nail the difference mainly down to one aspect: soundstage

I can't reliably tell the difference in details, lows etc since i don't to blind tests, volume matching etc. However the increase in soundstage was so gigantic and is absolutely clear to hear. With every other amp from mobile to budget stationary soundstage wasn't really there or small. Now the soundstage is so creepy big that i put down my headphone multiple times because i thought someone was in the room.

Difference also depends on the headphone. In my experience there are headphones that don't really scale with the amp like a Sony MDR Z7 and others that highly do like the HD600, e-stats or InEar Prophile 8 (34 ohm and in ear indicates the opposite but this is maybe the easiest headphone to hear the difference in soundstage).

Amplifier choice has been a huge learning experience for myself. My first two purchases on Head-Fi were a headphone and amp which no way would ever work together. In 2006 after going on Head-Fi I purchased the Woo 3 tube amp and AKGk701. Little did I know, the two products were totally not useable together. I ended getting the W5LE to try and drive the AKGk701 headphones. Then I still realized that even with amp power (even though making the headphones sound great).........that maybe I wanted a different headphone signature.

Next was learning about the adverse effect of not enough power could even affect easy to drive headphones. With both the Sony MDR-Z1R and MDR-Z7 they actually need amp power to sound their best. It's a difficult to understand concept as both get way too loud even with a phone powering them. Later it was the discovery of damping factor and what it does. So when underpowered a headphone will get loud but can have a slow and foggy bass. Amp power can clean up the issue and add imaging detail.
Last edited: Sep 2, 2020
DUNU Studio SA6/ Sony MDR-Z1R
Sony TA-ZH1ES/ qdc Anole V3
Sony NW-WM1Z/ NW-WM1A
K10 Encore IEM/Fearless S6Rui
Sony IER-Z1R/ Sony MDR-Z7
Share This Post
You must log in or register to reply here.