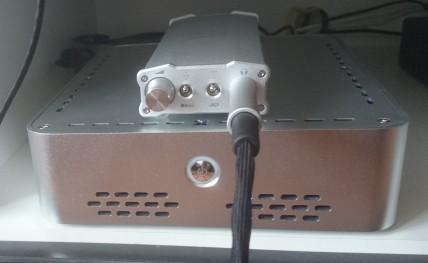 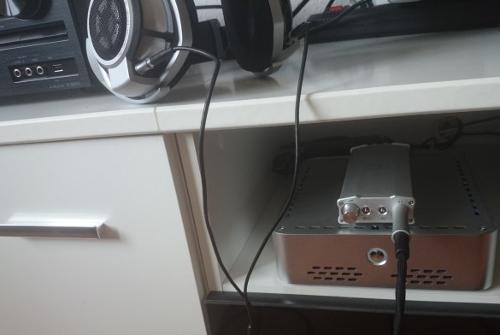 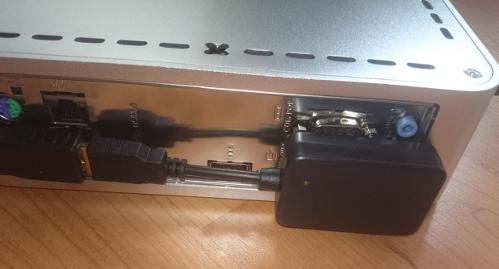 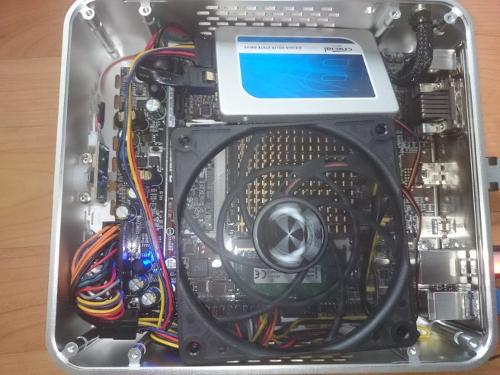 You are using an out of date browser. It may not display this or other websites correctly.
You should upgrade or use an alternative browser.
Daphile: A New Thread Title Appears!

Hey, everyone! I was over in this thread whining about how my Linux distro (Bodhi) has constant problems recognizing my ODAC and DAC1 correctly, when Head-Fier "yay101" suggested a system to me called Daphile. In the last couple of days, it has completely changed my home listening habits. I thought I'd share.

Daphile is one of the cleanest Linux systems I've ever come across, and it's dedicated to a single purpose: bitperfect audiophile playback. Hosted live on a flash drive, you can boot up and plug in almost any piece of computer audio equipment you own to be instantly configured for bitperfect. I have it running on an old HP Mini netbook, usually with my ODAC and a 1TB external hard drive plugged in. All the music files on the hard drive (more than five thousand but less than ten) are added to Daphile's library within half a minute even using the lackluster netbook, and the ODAC is ready to use immediately. Daphile automatically configures almost any relatively common DAC (My DAC1 and old little uDAC2 are recognized as well) without any issue, which is a huge relief if you're a Linux user who's used to manually configuring an ALSA pipeline in Gmusicbrowser or Quod Libet.

Using an ethernet cable or wi-fi, the system creates a local server accessible from any computer on your network at http://daphile.local/, so I've taken to roaming around my room with a MacBook or tablet controlling my music just because I can now. Here's what the distance control panel looks like:

Gapless playback works without any flaw, all the album art is fetched with no troubles (also a relief if you're coming from Gmusicbrowser like I did), shuffle mode includes an editable queue preview, and the entire system handles large collections with ease. I had a friend's hard drive containing 60,000 tracks (albeit all in MP3) plugged in alongside my own, and there wasn't even any lag while loading the library.

Since it's Squeezebox-derived, you can install a number of well-made apps and tweaks, including software EQs. The CD ripping function also works very well, with your choice of FLAC compression levels. Since it's open-source, you can make it your own with a little bit of knowledge.

For the Linux user who's sick of tacky players and jury-rigged bitperfect fixes, this is a lifesaver. For the couch potato, it's a convenient way to run your top setup from a distance without a million cables running from your laptop and bitperfect playback putting a strain on older machines. It's truly changed the way I listen at home.
Not around here much anymore.

I thought I'd re-title the thread to make it a bit more interesting on the surface.
Not around here much anymore.

Thanks for the heads-up. This is a must-try hopefully it supports my asus xonar essense stx sound card.

I've tested Daphile (version 14.05 x64) on my laptop with USB DAC Audio-GD NFB 15.32.
What can I say, guys - this is the best sound I ever get from PC as a digital source.
My current PC for audio runs Windows Server 2012 R2, which is definitely far better than Windows 7 for quality sound.
But Daphile is even much better! And there is no need in USB 2.0 drivers (for Hi Res audio)! Everything works fine immediately.

I can strongly recomend to try Daphile for those audiophiles, who doesn't have DAP (transport) and wants to get maximum sound quality from PC.

I need to wake up this thread, because Daphile is the best audio headless OS.

I'm so impressed, function wise and sound qualitity is unbeatable.


Runs out of the box perfect, my setup has support for PCM up to 384 kHz und plays DSD up to DSD256 nativ without problems! Smartphone with Sqeeze Ctrl App to use the system, makes it perfect. The last versions of Daphile are amazing! One of the best SQ that i ever heard on a computer based player... I suggest you to give a try to the 4.1.2 version.
The sound is smooth, robust/solid and very natural.

Newb guide to bit-perfect Linux playback, no better time to try then now!.

I'm struggling to find a ''winner'' between Daphile and Jplay 6.2 (under Windows). But i think that at the end i will stick with Daphile, so i don't need to use all the tweak applications under Windows (Fidelizer, CAD script, ProcessLasso...)

My comparison is being made with a Single Pc setup.

great solution. love the concept of the dedicated music OS. efficient, clean and fast. it even recognized my old dacmagic right out of the gate. two thumbs up.

Been trying this out today on an old Dell mini 910.

Did and A <> B comparison with my windows setup by having the Bifrost hooked up to the PC via audio and USB  to Daphile.

Windows 10 machine with  Foobar200 (Darkone theme) optical out to Bifrost

Dell Mini 910 with Daphile, USB out to Bifrost.

By starting tracks at the same time and pressing the input selector I was able to compare the 2 setups.

Audio quality, couldn't tell them apart to be honest.

The only difference I could make out was that the  Bifrost produced "mosquito farts" in the music when the bitrate changed between tracks.
This is a known issue on some peoples windows setups that I hadn't experienced until trying out daphile.

Location
The last place you look

Since I'm too lazy to start my own thread, I'll ask here…

What's the deal with rt kernel? My Google-fu hasn't been able to find any explanation about what the differences are, or why I'd want to use it. For the record, I've tried both versions - I don't notice any difference
Gravity is my enemy. I want to eat its children

I've been using Daphile for the better part of two years. I boot it from a USB flash, although the developer writes that this is not the ideal way to use it. Still, I want my media PC to be a multi-function entertainment machine - and thus need a full-featured Linux OS on the hard drive to handle videos. I'm currently contemplating dual-booting Daphile and Linux Mint - but I may wait until I buy a new ssd to do that. The process of dual booting is not fully spelled out in the Daphile documentation, and Daphile mostly runs fine from a USB flash (although I've had had my USB installation become corrupted from time-to-time, and thus had to rewrite the ISO).

I used to use Lubuntu as a music distro (as well Puppy Linux - also boots directly from a flash drive), but in my experience Lubuntu tends to get broken from the frequent Ubuntu updates, and it now includes Pulse Audio - which I've been encouraged to avoid in any music distro. It's apparently being introduced into Lubuntu due to Firefox's ending of support for ALSA.

Daphile is a great way for me to avoid all the Linux complications that tend to make more casual users eyes glaze over.

Mr Trev said:
Since I'm too lazy to start my own thread, I'll ask here…

What's the deal with rt kernel? My Google-fu hasn't been able to find any explanation about what the differences are, or why I'd want to use it. For the record, I've tried both versions - I don't notice any difference
Click to expand...

Kimmo (the developer of Daphile) tends to discourage use of the RT-Kernel version. In a distro tailored to do just one thing, play back music, in a PC with sufficient processing power, the latency issue shouldn't arise. As I understand it, the RT-Kernel comes more into play in music production Linux distros. Daphile is so lite, an RT-Kernel is probably overkill. My original Lubuntu installation used a RT-Kernel, and it caused so many unintended issues that it led me to rip it out, and reinstall the regular version.
Last edited: Jan 1, 2018
You must log in or register to reply here.