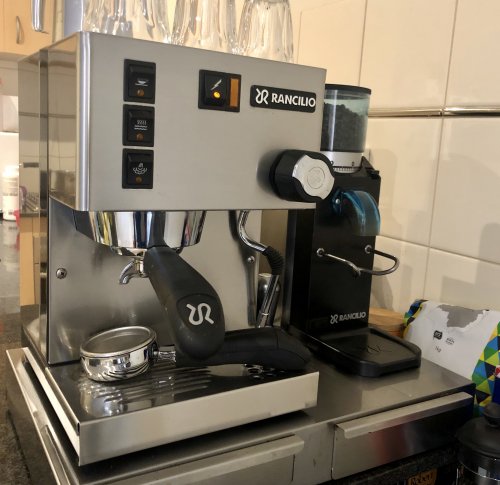 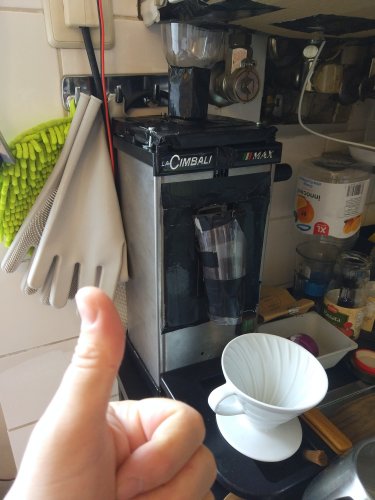 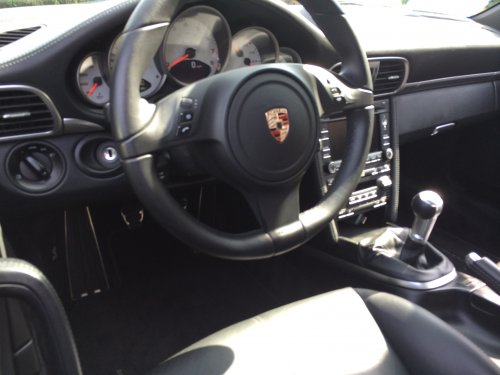 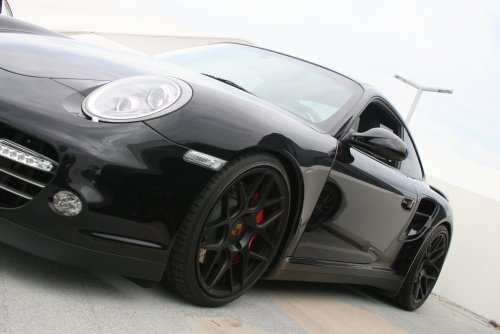 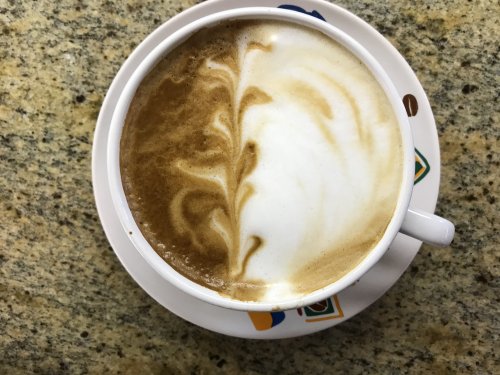 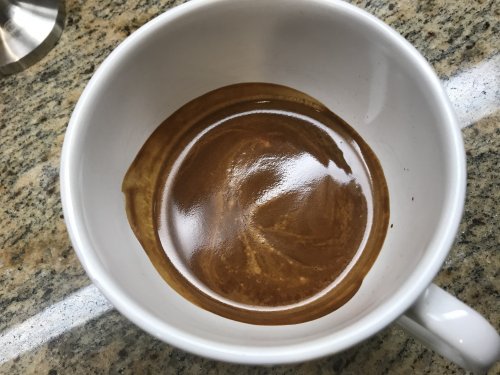 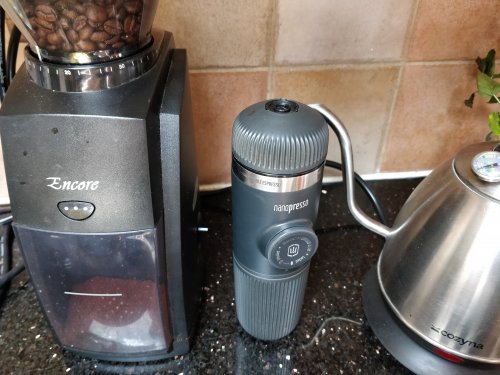 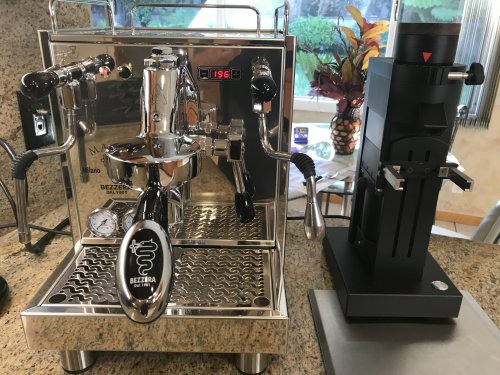 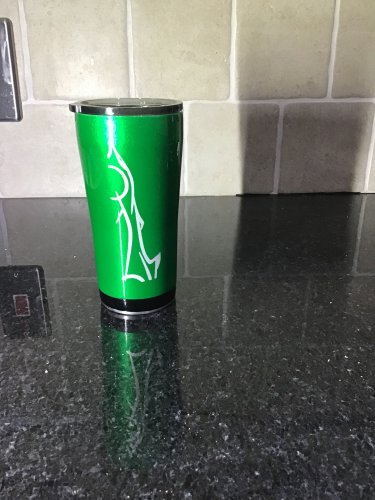 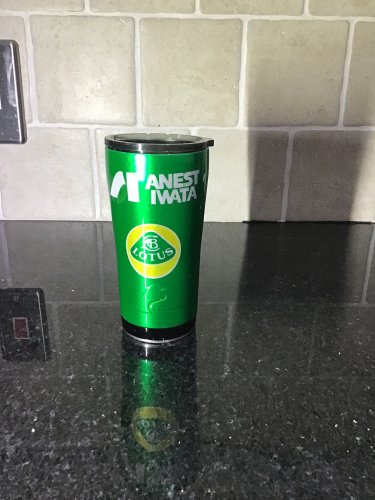 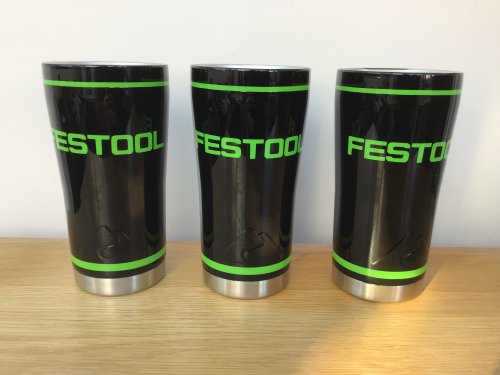 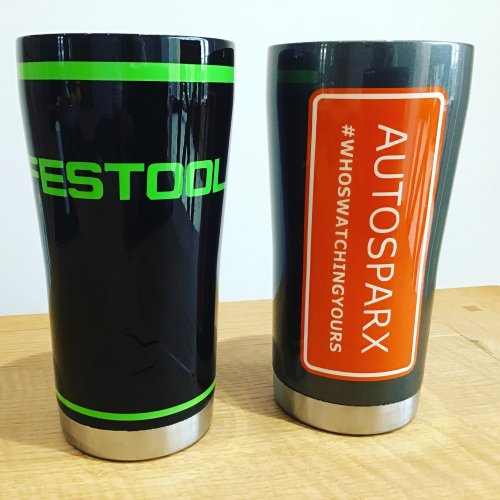 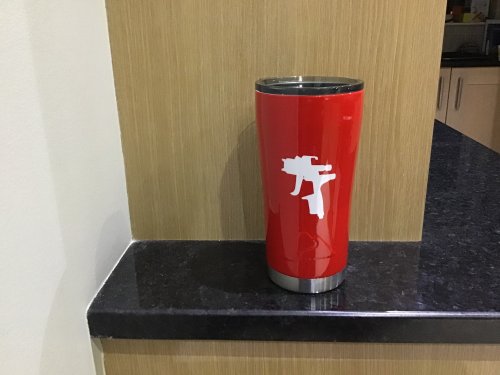 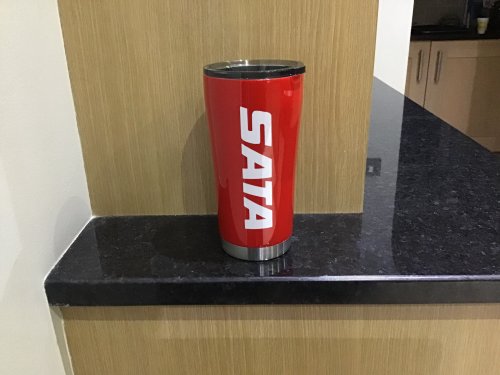 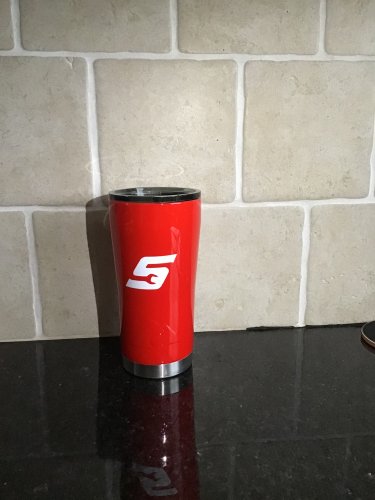 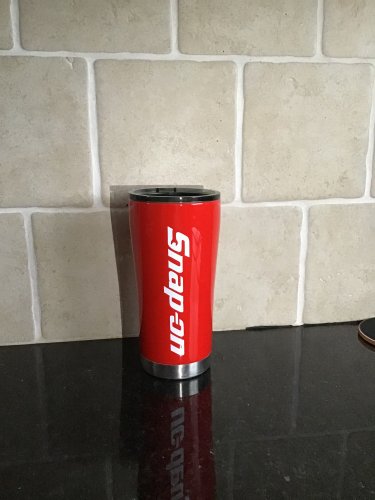 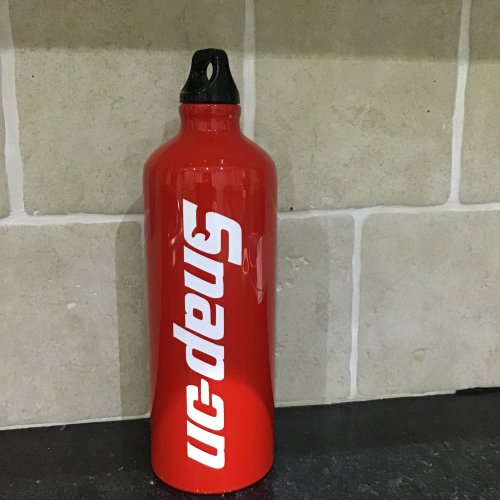 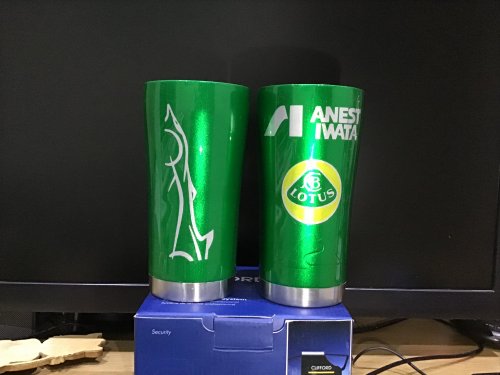 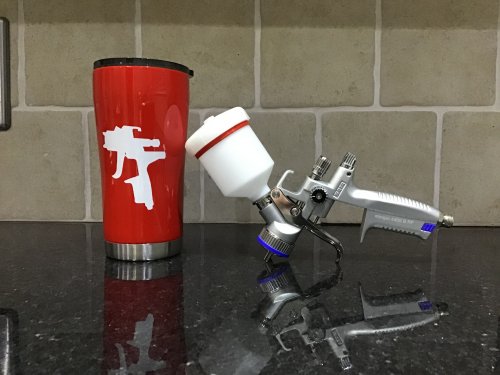 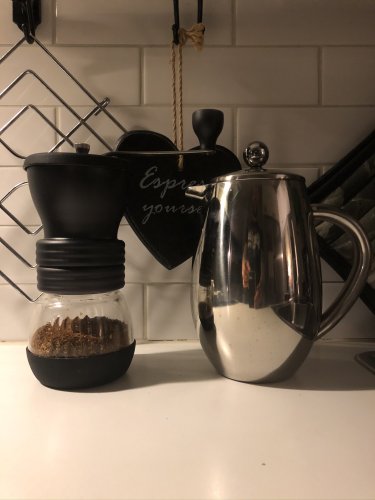 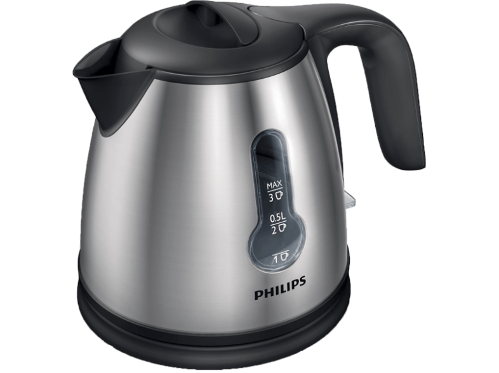 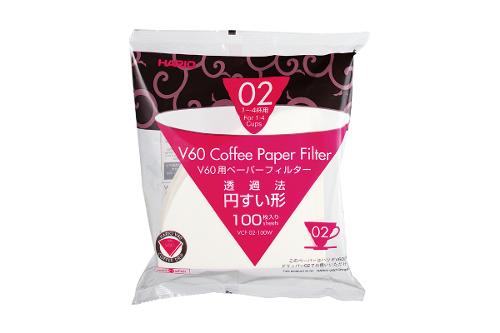 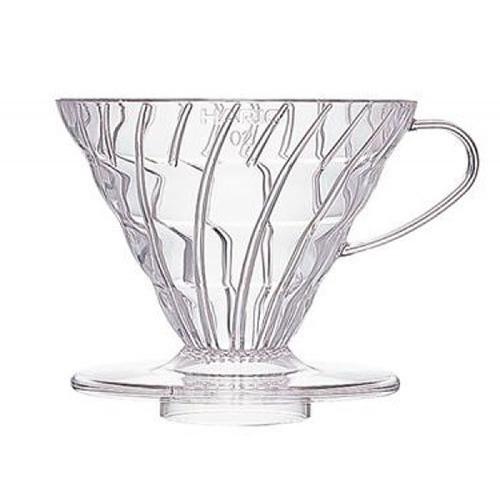 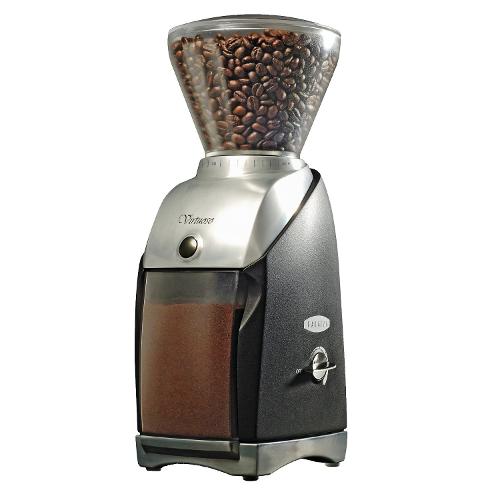 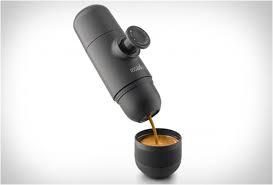 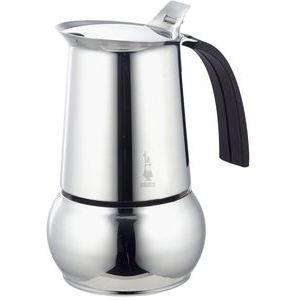 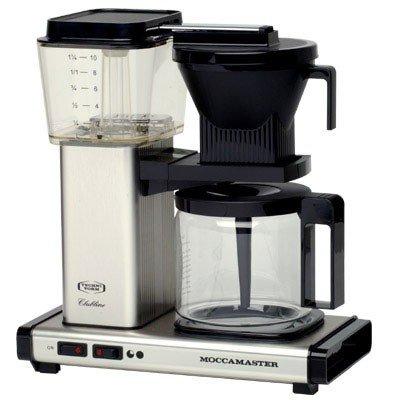 i received a Technivorm KBT-741 coffee brewer from my buddy a few weeks back as a gift and simply love it! With my mazzer mini grinder and home-roasted beans, i'm very happy with the quality of my coffee in the morning (and evening)...any other coffee gadget geeks around here? share your stuff...
see profile for equipment
feedback: Head-Fi; ebaY
for sale: audio-gd 10.32, KGST, etc.
Share This Post
post-3228612
Post #2 of 656

I've got a few my favorites are the bodum vacuum pot because it's super kewl.
http://www.caffevita.com/shop/index....products_id=65

and a couple of little Vietnamese coffee makers.

I've tried a number of them, but the hands down winner for me is a the Aeropress:
http://www.aerobie.com/Products/aeropress_story.htm
Despite the oddity of it's being made by a company famous for its orange flying rings, this coffee maker is unbreakable, easy to clean, incredibly fast, and unbeatable (IMHO) in terms of the coffee that comes out. It brews an incredibly strong, concentrated "shot," so what you get is sort of like an americano (you add water after brewing about two ounces of concentrate), but smoother, and not technically espresso.
Share This Post
post-3229113
Post #4 of 656

I'm going to have to try that Aeropress! Never heard of it, but the reviews are great.
Googolphonic stereo, moonrock needle

I also have a La Pavoni Europiccola (except chrome instead of the oh-so-sexy brass) but it doesn't cop as much usage as I'd like...

On grinding duty is the lowly but dutiful Sunbeam EM0480.

Also on hand are a number of moka pots, french presses and a crappy Breville. I'm quite intrigued by the Aeropress, I've heard some very good opinions of it, its sweetly cheap too. Coffee and bass guitars have been my primary vices in life but headphones and home audio are making strong moves towards similar titles.
Share This Post
post-3230685
Post #7 of 656

that's a mighty fine la pavoni you've got there...one of these days i'll get a nice used one. i have a francis francis that my wife wanted to get b/c of how it looks...but alas, it pulls a good shot maybe 1/3 times. part of it is the barista, part of it is the machine...the beans are faultless

just saw the movie of the presso on their website and...well, that crema on the espresso scares me

i've never tried it and for $25 it might be a worthwhile purchase, if only to see what the hubbub is about...

but a lot of their methodology goes against the "standards" of properly brewed coffee - temp. of water b/n 195-202 F, extraction time of around 4 minutes, etc. 20 seconds seems way too short...and what you're getting isn't an espresso "shot" by any means...it's concentrated, but certainly not espresso in the true sense. however, it may taste good...i've not tried it yet so can't comment on the taste...just commenting on what i've read so far...
see profile for equipment
feedback: Head-Fi; ebaY
for sale: audio-gd 10.32, KGST, etc.
Share This Post
post-3231130
Post #9 of 656

Yeah, the methodology is unorthodox, and I had my doubts at first as well, but it's cheap, so I figured I might as well try it. What I've found is that it makes an excellent cup of coffee (though I do tend to brew a little hotter than they recommend), but it uses more beans/cup than most makers would. That's fine for me, as I live alone and it's an excellent one cup solution, and still more efficient than brewing too much and throwing some away. While it claims to be able to make up to four cups at a time, I don't really like the brew for more than one, as in order to use enough grounds, it's difficult to fit enough water.

In fact, I have two of them, so that when my girlfriend stays over, we can brew two cups separately. This definitely results in better coffee than brewing two cups at once in one Aeropress.

As far as the short brew time, they claim it's the pressure that allows it to work. I'm neither an engineer nor a true coffee expert, but I've tried most of the ways that are supposed to allow you to brew a small amount of good, strong coffee, and the coffee coming out of the Aeropress tastes good to me.
Share This Post
post-3231445
Post #10 of 656

i'm going to pick one up tomorrow

Hottop Roaster - Fresh roasted coffee beans, need I say more?
Yama Vacuum Brewer - Makes a ridiculously clean-tasting cup that is very different from French press coffee. Plus, it's damn fun watching the water go up and coffee go down.
Bialetti Brikka - The only moka pot that brews with enough pressure to produce crema. See photo and video. The 2 cup version is the one to get.

Thanks, the La Pavoni's look the part, they're just a fiddly sod to get used to.

Same applies to the Presso, that video is a pretty bad example of how to pull a shot. This one is a much better [and more amusing] example.

Bob, which control version do you have? I've been pretty tempted by the home roasting process, I just have difficulty with the prospect of dedicating hours from the already scarce Saturdays towards something I can conveniently order from the internet.
Share This Post
post-3233694
Post #13 of 656

I have the analog model. The "digital" one is not really worth the extra money. The new programmable one is a very nice option if you're interested in the finer points of roasting, like adjusting roast profiles and such, but it is pretty expensive.

With the analog one, I pre-heat it, toss in a measure of beans, keep an eye on it for 15 minutes to make sure it doesn't catch fire, and eject the beans when they're at my preferred roast level. You can do 250-300g at once, depending on the coffee. I roast a couple of batches per week, and each batch is maybe 10 minutes of work if you do something else while keeping an eye on the roaster.

Green coffee is so much cheaper than roasted that you can drink practically anything you want and still end up paying less than for pre-roasted (especially from a nice place).
Share This Post
post-3234137
Post #14 of 656

I have been playing with one of these for a little less than a week.
It can make a nice “Americano” type drink.
Just finished a cup based on Yemen Mocca Sanani (from Doubleshot Coffee), that really brought out the smooth characteristics of the this origin.
Novel toy, but not likely to stop someone from going to an (prosumer) espresso machine.

For what it is worth here is a good deal on a grinder, that is espresso capable:

Back when I could drink coffee, I used a Yama Vacuum Brewer, with fresh roasted beans from either a local micro roaster, or online source.

For Espresso I used a Saeco Via Veneto espresso machine, it has the same Ulka pump as the much more expensive Rancilio Sylvia I have the older model with out the stupid pressurized portafilter and frother attachment.