Menu
Log in
Register
Install the app
You are using an out of date browser. It may not display this or other websites correctly.
You should upgrade or use an alternative browser.
Arabic Music Recommendations?

I've been trying to google some sort of a list for "best contemporary arab musicians / albums", but with no luck so far.

However, I've found a few that I find really amazing:

So that's arabic flamenco and persian lute music and sufi music all thrown together - because I don't have a clue where to start and what kind of categories I should be investigating. Anyway, all of the above provide the kind of hypnotic melodies and instrumental mastery that I'm after. Classical arabic music or traditional arabic folk music performed and recorded by modern masters.

Please enlighten me. What's the "Kind of Blue" of arabic music? Who's the Paco de Lucia of the arab world?

First off, do you make a distinction between Arabic music and Turkish music here? Do you want modern Arabic pop, or only traditional/modern interpretations of traditional?
"Light breaks where no sun shines, where no sea runs the waters of the heart push in their tides." -Dylan Thomas

And no, I'm not trying to make a distinction between arabic and turkish, is there a clear difference? Many middle eastern countries have this amalgam of muslim, jewish and christian cultures, and I'm only interested in the music really. Of course, the islamic tradition seems to be closest to what I'm looking for - that musical equivalent of an andalusian mosaic or the filigree on a damascus sabre...

Start with Oum Kalthoum, the Arab world's preeminent singer/icon. She was from Egypt. You can also look for stuff by her arranger, Mohammed Abdel Wahab. There's an Iraqi oud virtuoso who lives in the USA now, Rahim Alhaj, who's pretty great. Maybe try his Smithsonian record, When The Soul Is Settled. I caught a Sufi troupe from Morocco not long ago that was unbelievable, but I don't know if they have albums: Abdellah Yacoubbe Ensemble.

Hope this helps...
"This ain't for the underground. This here is for the sun." -Saul Williams

Thanks tru blu, those sound really like what I'm looking for. I'll definitely check them out!

First, your great masters are widely considered to be Umm Kulthum, Farid Al Attrach, Abdel Halim Hafez and Mohammed Abdel Wahab. Naturally, you might find different spellings, but those are the common ones.

Those are traditional heroes, and still popular throughout Egypt. It's a bit dated, though, so some newer suggestions that keep to the same musical tradition are in order.

George Wassouf has recently been in the news for drug charges, but he's a big deal throughout the arab world.

I'm really much better versed in Turkish music, so I'll do what I can there: Sezen Aksu is very famous, and while she's technically pop, she may tickle your fancy. Likewise for Mercan Dede, whose recent album "800" is absolutely stunning. Regardless of how much traditionalism you are looking for, you owe it to yourself to listen to Mercan.

Beyond that, I'd look into the Taksim Trio. Good stuff, well recorded, and thoroughly capable of transporting you to another world.
"Light breaks where no sun shines, where no sea runs the waters of the heart push in their tides." -Dylan Thomas

While I appreciate the more classic masters in the line of Umm Kulthum etc., I find the recordings a bit too lo-fi to really enjoy them - at least at this point, with so little experience regarding the nuances of arabic music, and no understanding of the lyrics.

I really liked the Taksim Trio, bought their self-titled album, as well as Rahim Alhaj and his When the Soul is Settled. 800 by Mercan Dede is stunning as you said, even though it's not traditional. Great stuff.

I guess that my preference is for the mostly instrumental and well-recorded stuff. Finding the perfect balance between classic instrumentation and compositional motifs, and a recording that makes them justice. Those ouds and neys sound amazing.
T

Cool. You might also see if you can find better-fi recordings by the oud master Munir Bachir. He's Rahim Alhaj's (and so many other virtuosos's) teacher. If you're looking for something on the highwire between trad and Western music (jazz specifically), Anouar Brahem, a Tunisian artist on ECM, has recorded several trio discs (oud with clarinet and bendir, or with piano and accordion) that are quite nice.

Actually, now that I think about it, one of the best Arabic discs I've ever heard is a soundtrack compilation produced by Brahem in the early '90s, The Silences of the Palace (Les Silences du Palais). It contains much more up to date versions of trad music, so the sound quality will definitely be what you're looking for.

"This ain't for the underground. This here is for the sun." -Saul Williams

Thank you guys for a little talked about music genre. I do enjoy this music on a good system but had no idea what or how to research it.
Laptop>Lynx Hilo>Rotel RMB-100 mono blocks>HE-6SE

I highly recommend the Music of Islam sampler from Celestial Harmony: a tasting-menu of a 17-CD project, this is one of the most enjoyable single-disc overview of Middle-Eastern music. The densely-printed booklet is loaded with information about Islamic music and arts in general.

Many labels that specialise in Middle-Eastern music are from France: Especially noteworthy are L'Institute du Monde Arabe, Al Sur (big on Turkish), and Auvidis Inedit (a general World-music label, but big on Morocco). However, these CDs may not be easily available everywhere. Another label well-worth looking (especially if you're into Armenian and Iranian/Persian music) is Traditional Crossroads, which has a plus in that their recordings are very sonically satisfying.

For new interpreters, I can never get tired of Omar Faruk Tekbelik, who has released dozens of CDs over the decades (I recommend One Truth, followed by Beyond the Sky). The group Stellamara is much less prolific, but their music better capture the improvisatory nature of Middle-Eastern music.

With Anouar Brahem, I recommend Astrakan Cafe as the music sticks closer to the traditional turf; Brahem can be quite "Frenchified" at times.
Looking for World Music Recommendations? 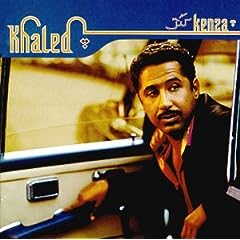 Khaled - Kenza
IF YOU PM ME...I WILL GET BACK TO YOU. JUST BE PATIENT.

The sampler and further incursions into that box-set will keep me occupied for a while.

Stellamara is beautiful and Traditional Crossroads seem to have some great stuff there - been sampling what I could find with iTunes.

Thanks for the amazing recommendations!

Yes, the sampler sounds like a good taste. Gives a variety based on regions. What about prayer songs?
Laptop>Lynx Hilo>Rotel RMB-100 mono blocks>HE-6SE

IMO
You must log in or register to reply here.