Pros: Sounds better than new expensive headphones with great bass, tone and crystal clear sound
Cons: No cons
This is one of the most masterpiece headphone that didn't die forever, didn't change any single part yet it sounds new it lasted long, great bass, great sound, very high fidelity not even single distortion and no poor clarity thanks to Sony for making this most wonderful masterpiece headset that will cost a million dollar than today's crappy expensive headphones they are B&W, Bose, JBL....etc. If you compare other headphones like I mentioned today's expensive headphones like B&W, JBL, Bose, Sennheiser....etc they die easily and sound gets distorted but this headphone never got distorted when I used in deck when I was 5 years old and till now connected with ipod and laptop the sound quality is same that never distorted and not even single fidelity poor. And still sounds new now great Bass, perfect pitch and crystal clear sound.

Pros: Nothing comes to mind.
Cons: Hard to get a good curve for HiFi, Stock Comfort. 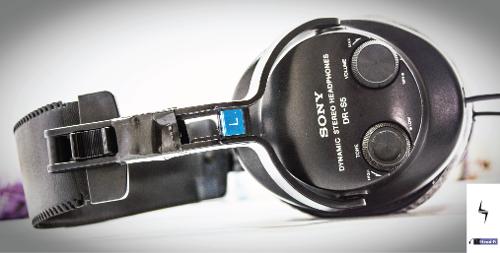 I don't have time to fool around with irrelevant stuff, I'll just get to the sound.

This is a corrected response I was able to come up with based on Dale Thorn's "Headphone Correcting" system.

It was hard to get a good response from this headphone, drivers are very poor quality. There's a lot of Sub-Harmonic distortion, excursion hits at 350Hz at relatively low SPL. So any energy from that range to below will result in over-riding and rattling. Keeping that in mind, I came up with a response relative to my other Neutral responses, of course this is not 100% correction but this is the best I could come up with...

The actual response relative from my curve will be the opposite, of course.

There was some Mid-Range accentuation which was brought down with my EDT990V pads, because of this there's not a huge correction in the Mid-Range. -2db at 500Hz, -3db at 1-2Khz. 4Khz has no correction.

I kept everything flat from 4Khz to 12Khz and above, any correction there will result in accentuation of the bass which would trigger my excursion.

Response aside, fidelity is very poor. I don't even consider it Low-Fi, its below Low-Fi. With the corrected response, its sort of passable but still not that great. With the EDT990V pads, separation is better and things don't sound congested which also has to do with the correction. Forwardness from 1KHz to 5Khz results in congestion and hence it will disturb the imaging. A corrected response will open things up. 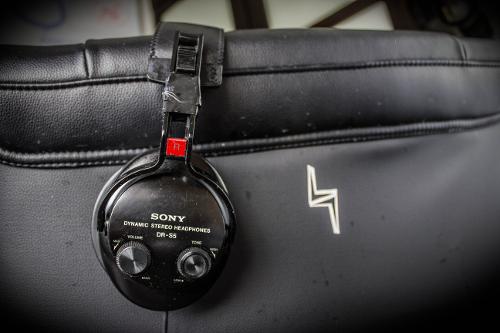 Solid, Sony knows how to make good built Headphones, this one is well built and feels solid. Only Metal used is the Spring Steel Headband.
Even after so many years of service, it seems to be intact. Compared to a HD545 Vintage, this Sony is much better built.

The day I received this Sony I knew something was wrong, first of all Pads were dead. There was a phase issue so I knew that needed fixing.
I cut the cable and to figure out what the problem was. The conductors of the stock cable were falling apart. The cheap Copper they used was breaking off.
I decided to do a full re-cable with my Belden 9451 (Tinned Copper). I removed all connections from the Potentiometers for fidelity, also made it dual entry for fidelity and I added EDT990Vs for comfort. 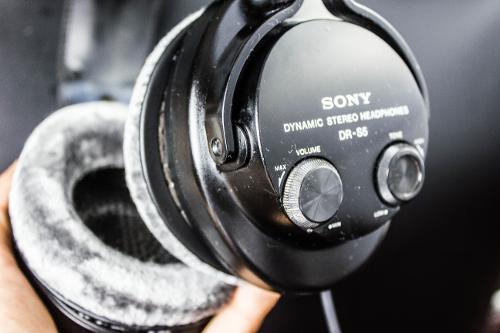 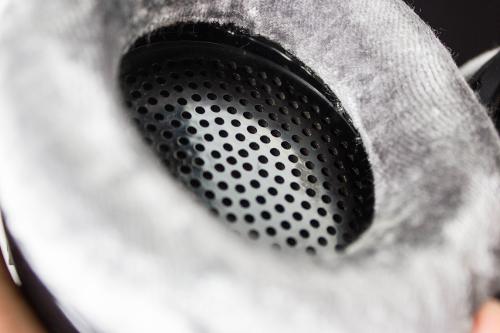 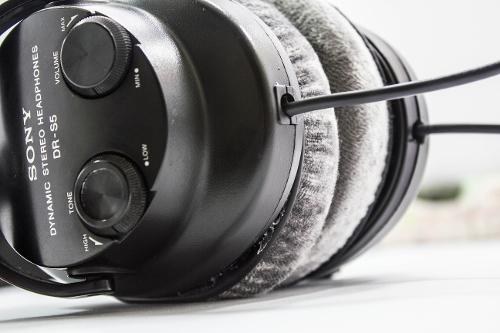 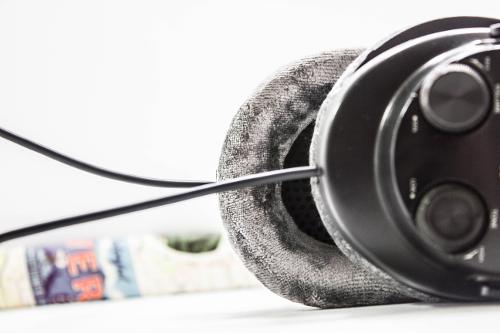 Amplification - These basically have Speaker drivers slapped into a Headphone, you'll see pictures on the Video below. There's no word about their Impedance or Sensitivity.
These were unusable on my Valhalla 2, my STX drove them very well except there was a very faint noise which is not my STXs fault, even with my DT48A - 5Ohm. There's no hum. It's only apparent with Speakers and since this uses Speaker drivers, I was not surprised. There was no Hum when plugged into my Violectric V200.
Due to signal issues, I couldn't use my V200, I'll need a dedicated DSP card for that. My STX with my curve drove these the best. 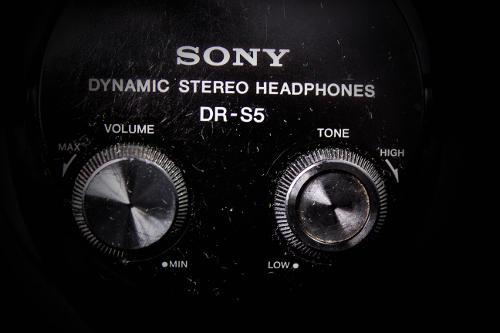 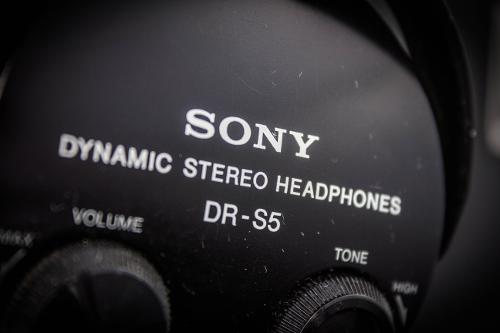 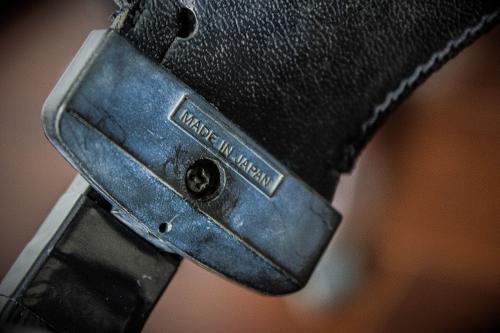 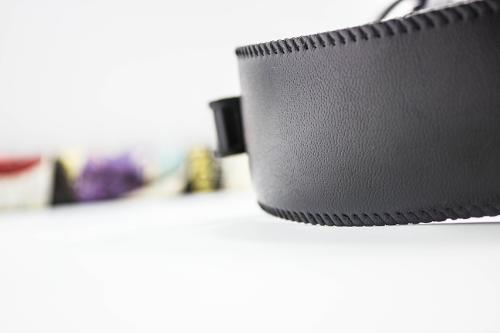 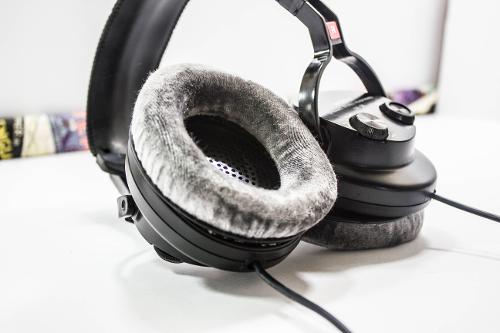 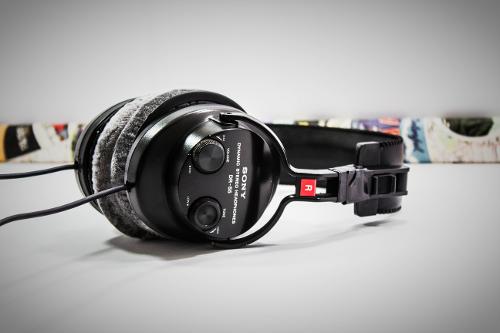 Overall, I can't say anything good about them, I just got them for my collection. I may use them for some Mono recordings, maybe not. 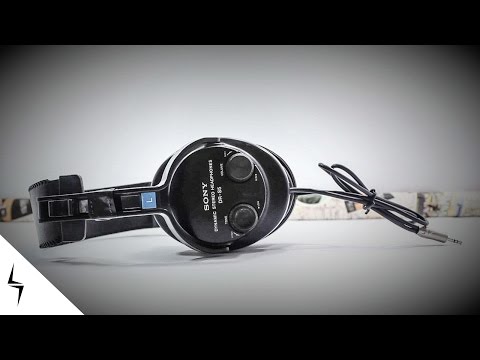 Linn9000
I am not sure what is up with his pair but my pair of DR S5s sound fine and do not distort down to 30 hz at listenable volumes I might add. The pair being reviewed look very beat up and in not very good condition. As for the drivers, paper cones have been used in many headphones perfectly well including the very well regarded B&W P series (P5 P7).

jon parker
Agreed these headphones are neutral with a warmth that pairs up very well with good recordings and the better the source, the better they sound
A
Anzar277
It's a stupid rating and comment. How could you say to this masterpiece headphone sounds distort and poor fidelity? I got this headphone when I was 5 years old gifted by my father and I'm now 32 years old still now it works like new headphone and perfect condition. Those all utter nonsense your saying bad bout this headphone if you compare with today's expensive headphones like Bose, B&W, Sennheiser, JBL it will beat all of these crystal clear sound and perfect Bass.
Read more…