Pros: Great price/performance ratio.
Good bass and sound stage.
Forgiving of poor recordings.
Cons: Some mid bass hump that slightly bleeds into mid range.
Drivers aren't as fast as better headphones.
TL;DR
These have no business sounding this good for $100 US. 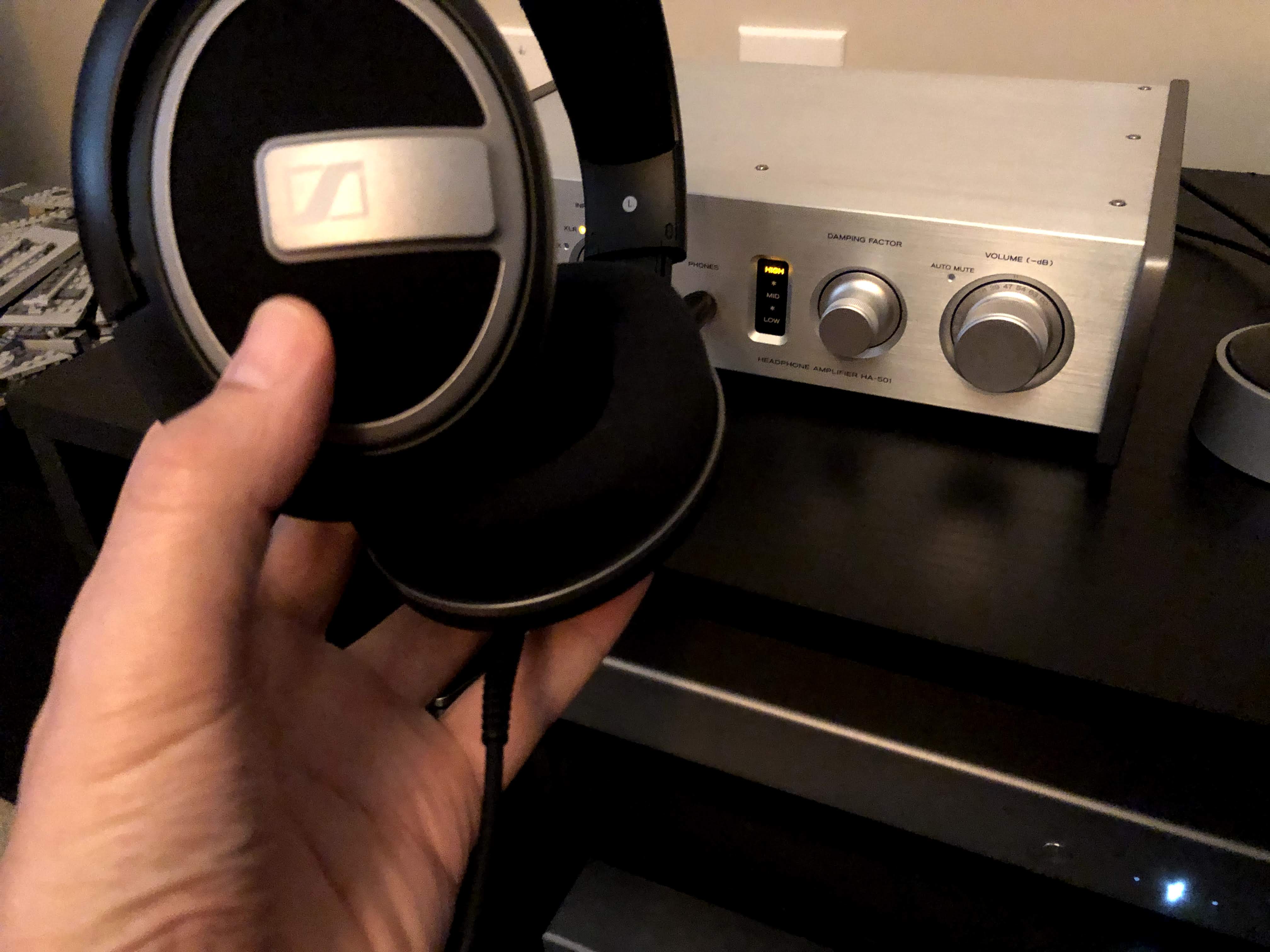 Background Context
Before I jump into my review, I feel it's important to give some context about myself that ultimately influenced my review.

I used to be active on these forums for years, and I thought I did a decent job of building a mostly endgame system for myself within my budget: Teac HA-501 amp, Schiit Gumby mulitbit, HD 600, HD 650, Shure 1540, DT990/600, and LCD-2F. I even had a Trafomatic amp in rotation before it developed a static. Still never got that repaired, mainly because the Teac sounded so good to me.

However, lifestyle changes in recent years have taken my interests elsewhere, mainly to home theater, and I stopped being active around these parts. I moved to speakers for audio, and when I did want privacy for music, I used bluetooth cans and my iPhone.

I know, the horror. It was strictly convenience.

Well anyway, I recently decided I wanted to use closed headphones to watch movies at night as to not disturb my girlfriend or downstairs neighbor. No problem, I'll use my Shure 1540. But, despite being properly stored in their box for years, they still managed to fall apart within a few hours of use. The ear pads disintegrated and the headband pad fell apart. Geez. That was discouraging.

No problem, I'll just buy some cheap-ish closed backs, and I settled on the Sennheiser HD 569. For movies and tv shows via Netflix, they are just fine. Anyway, I'm not reviewing these here, although they will serve as a comparison, which I why I mentioned them. Out of pure boredom and curiosity, I decided to try them out on my headphone system. Let's just say, I was a little underwhelmed. The sound was a little honky and shouty. Sound stage was poor. This prompted me to pull out my other good cans because once the itch started, it required scratching.

Well, my other cans all suffered the same fate as the 1540. Ear pads all disintegrated. Despite also being stored in their proper boxes, the ear pads on the HD 600, DT990, and LCD-2F both fell apart in my hands. Welp, this isn't good. Talk about a punch to the gut.

Luckily, the HD 650 seemed to come away unscathed. So, I plugged those into my system.

After listening to speakers and other headphones for years, something seemed off. They were a little too congested, veiled, and boring. They immediately felt like the 3-headed blob of sound. The sound stage wasn't very wide. They were also quite fatiguing after a while because they were too polite. It's as if they were too relaxing and safe that it felt like a huge weight was dragging them down. A few years ago, I could find no fault in these headphones, but tastes and experiences change, I guess.

I decided I needed to get some new headphones to use in my newly revived system. I'll eventually replace the pads in my HD 600, Shure 1540, DT990, and LCD-2F, but they're not a priority right now, especially if I don't end up using my headphone system as much as I did in the past.

In my quest for some new cans, I made a list of must haves:
All of these criteria, through extensive searching on web, led me to the Sennheiser HD 559. There's not a lot out there, but I was able to find enough matches to my query that prompted me to pull the trigger on these.

Now, the Actual Review
Well, if other reviews out there led me to these headphones, why would I need to review them? Good question.

For starters, the reviews out there are quite polarizing. I've read they were muddy, junk, compressed, etc. You name it, I read it. Of course, these reviews were mainly from Amazon users, so take them with a grain of salt.

I also wanted to formally review them to test my own confirmation bias. Note: I think I overcame my bias as I found these to better than I was expected, and I'm very critical of headphones when I test them.

Anyway, where do these headphones fall on the spectrum? The bulleted list I provided above, or the muddy junk some reviewers would have us believe?

I'd say mostly on the side of the bulleted list, and maybe even a little better. I'm willing to bet most people reviewing them can't get past their price of $100 US and, therefore, must believe they aren't good or worthy of being plugged into good gear.

I'd also be willing to bet that if you put these headphones on someone's head and said they were $500, they'd assume they were magnificent.

Bass
The bass has good body and heft. It digs deep when it has to. There is some mid bass hump, but it's not offensive. I like it, and it makes rock sound quite good. It's not boomy or muddy at all. It's not as controlled as the HD 650, but it has more body and slam. It creeps a little into the mid range, but it doesn't drown it out. Overall, bass is pleasing and brings rock to life. The test I put all headphones through is Big Head Todd and the Monsters' "Sister Sweetly" album. These passed with absolutely flying colors. That album has all kinds of texture in the bass guitar.

Mids
The mids are good. Male voices sound nice. Where the HD 569 were a little honky and shouty, the mids on the HD 559 are smooth, open, and natural. They have a little bit a rough edge to them, especially when compared to the HD 650, but then again, which headphones don't in that comparison?

Highs
Highs are a little rolled off, but only when you compare them to headphones that aren't. If these were all you heard, you wouldn't notice any lack of detail or roll off. No sizzle, but they have enough sparkle when the recording calls for it. They are smooth-ish and relaxed, but not as much as the HD 650. They sound good with rock, especially poorly recorded tracks, which was the point of my purchase.

Sound Stage
It's defintely wider than the HD 650, and most definitely wider than the HD 569. I'd say the sound stage is about on par with the LCD-2F. There's no 3-headed blob here. Sounds pan left and right very nicely. There's no congestion, either. The torture test I put them through is Brian Eno and David Byrne's "Home." The HD 559 passed with mostly flying colors. I also play Rush's Tom Sawyer to hear how the drums pan right to left. No issues here. In lesser headphones, they pan from your right ear, over your head, to your left ear. With the HD 559, they pan through your head. Impressive.

Detail Retrieval
This is where I was the most surprised. Most of the reviews I read said these lack detail retrieval. This is most certainly not the case. Is it as refined as the HD 650, or even HD 600, for that matter? No, but it's closer than you'd expect. The test I put headphones through for detail retrieval is Beck's "Unforgiven" because better headphones can make out the rasp and breaks in his voice. Lesser headphones cannot. Here's where I was surprised. My top headphones have no problem picking up this rasp. However, the HD 569 cannot retrieve it. It's gone. But, the HD 559 picked up the rasp, just like the HD 650. But, wait, the HD 559 are 10 less than the HD 569! How can this be? Nicely played, Sennheiser.

Speed
The one flaw these headphones may have is their driver lacks the speed found in better cans. They aren't as fast as the HD 600, HD 650, or LCD-2F. The lack of speed can reduce some of the clarity, especially in the mid to low bass. I can see why some may think the bass is muddy, but that's not the right term for it. It lingers a little longer than better headphones, but if you really listen to it, it has the detail. I consider muddy bass to lack detail. These just lack speed, and when you couple that with mid bass boost and the bleed into the mid range, I understand why someone may choose that vocabulary.

These headphones definitely need to be run on an amp with extremely low output impedance. Don't attempt to use these on an OTL tube amp or a home AV receiver with a stop down resister on the main amplifier. These need a good dampening factor, otherwise I suspect these bass flaws will get worse as the amp loses even more control over the driver.

Scaling
In my limited time testing these headphones, I think they do scale well with better gear. The main reason I bought the Schiit Gumby multibit is because I wanted drums and cymbals to sound right. I don't like the harshness found in lesser dacs. While I can't tell if the smoothness I'm hearing in some recordings is just because these headphones are forgiving or if the dac truly makes the difference, I can say that the HD 559 does pick up the improved sound of cymbals that the multibit dac provides. My Teac HA-501 is also a pretty revealing amp, and has an adjustable output impedance, which I think further suggests these headphones scale well with better components. The differences are subtle, but I think they're there.

Fun Factor
These headphones aren't clinical or analytical. They have good detail retrieval, but are forgiving at the same time. They offer a fun sound, and I know that's a very subjective term that gets thrown around a lot here. But, they are fun for rock. They make for long listening sessions without fatigue. If you want to rock, they rock out. If you want to relax, they can chill as well.

Comfort
Yes, they have the famous Sennheiser 5xx series comfort.

Bottom Line
I'm quite impressed with these headphones. They meet all of my requirements that I listed above. Do they approach the fidelity and criticality of my higher-end headphones? No, but it's closer than you'd expect for $100 US. The HD 650 isn't 4x better than these. The LCD-2F isn't 10x better than these. In fact, the HD 559 give the HD 650 a run for their money. The LCD-2F puts a little more distance between itself and the HD 559, but that's no shame on the HD 559. Plus, the LCD-2F are heavy and lose comfort after a while. I can listen to these HD 559 for longer periods.

Will these become my regular drivers? Maybe. Maybe not. But until I invest to replace all of those ear pads, I'll be using these exclusively. And, because of these, I'm in absolutely no hurry to buy all of those replacement pads. Who knows, maybe I won't ever replace the pads and I'll end up using these. Maybe I'll go back to speakers. However, I'm very glad to have taken a chance on these and added them to my collection.

Are these worthy of your consideration? Absolutely yes. Emphatically yes. Don't fall victim to the trap that you have to spend large sums of money to get good sounding headphones. These have no business sounding this good for $100. You can plug them into your higher-end gear without shame. They won't diminish your investment in that gear.
Last edited: May 13, 2020
Reactions: Sennheiser, BobG55, CT007 and 5 others
View previous replies…

BobG55
Welcome back Jay. It”s been a while. Very good review.

Sennheiser
Featured on our Sponsor page, thanks for the insight @hodgjy !
Read more…