Menu
Log in
Register
Schiit Audio Asgard 3 Desktop Headphone Amplifier - Reviews
Overview Reviews (1) Gallery
Pros: Excellent headphone drive. Doesn't require balanced to get the most out of it. Pre-amp function. Works with IEMs as well as insensitive headphones.
Cons: Multi-bit card doesn't get the most out it. It gets hot. I can't think of a reason not to give 5 stars. ;)
Schiit Audio sent me an Asgard 3 to review. Quite a few people were keen to have me review it too. Even though it is much cheaper than most of my headphones, it has been interesting to see how the low end of the market is catching up.

Rather than recount everything, I suggest reading the chapter on the Asgard 3 in Schiit Happened. It goes into the detail of the design. Most significantly, the Asgard 3 goes from being a straight Class A amp with 1W of output, to a Class A/B amp that uses Schiit’s Continuity circuit, that provides linearity in performance even after the amp goes out of Class A. Also that Jason decided to use a better power supply than planned, yet not raise the price, even though it cost more. I think these two facts are reflected in the performance. 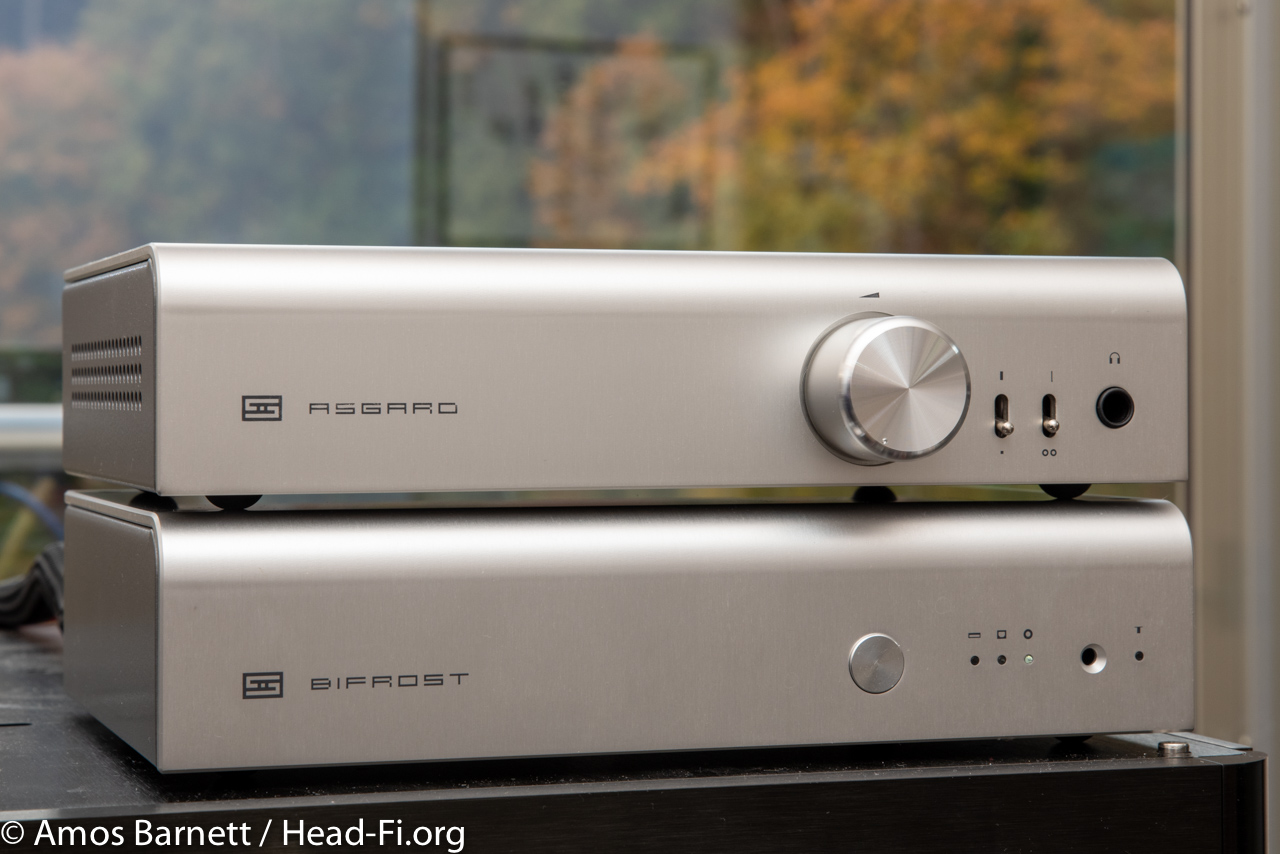 I aimed to test the Asgard 3 with headphones more along the lines that people buying the amp would use, so for that I have to thank Drop and HiFiMan, from whom I got a HD6XX and Sundara. I also have a Verum 1 and K7XX on hand, though I felt that the first two headphones covered the review pretty well.

I requested a B-stock amp if possible (I don’t like taking away from customers if at all possible) and got one with a multi-bit card installed. By popular request, I compared this to a Bifrost, as well as doing an Asgard 3/Bifrost 2 vs. Modi Multibit/Magni 3+ comparison.

Previously, in evaluating the Magni 3 (not Plus or Heresy) I’d found the little amp a bit “flat” sounding, the music lacking in depth, especially when listening to good stereo recordings where on better gear the size and depth of venue is clearly audible. The Magni 3+ and Heresy take a step up and provide some of that depth, but the Asgard 3 takes that and seemed to add more punch to the sound. With less sensitive headphones, when the Magni 3+ was hitting close to maximum volume, the Asgard 3 had plenty more to give.

For fun, I tested it with the HiFiMan Susvaras. The Magni 3+ fell flat, just not able to deliver bass, but surprisingly, the Asgard 3 could hit maximum volume yet still sound coherent and punchy.

Going in the totally opposite direction, I put it on low gain and tried it with IEMs, applying the torture test of the very sensitive Campfire Andromedas, and found the Asgard 3 to be near silent at listening levels. 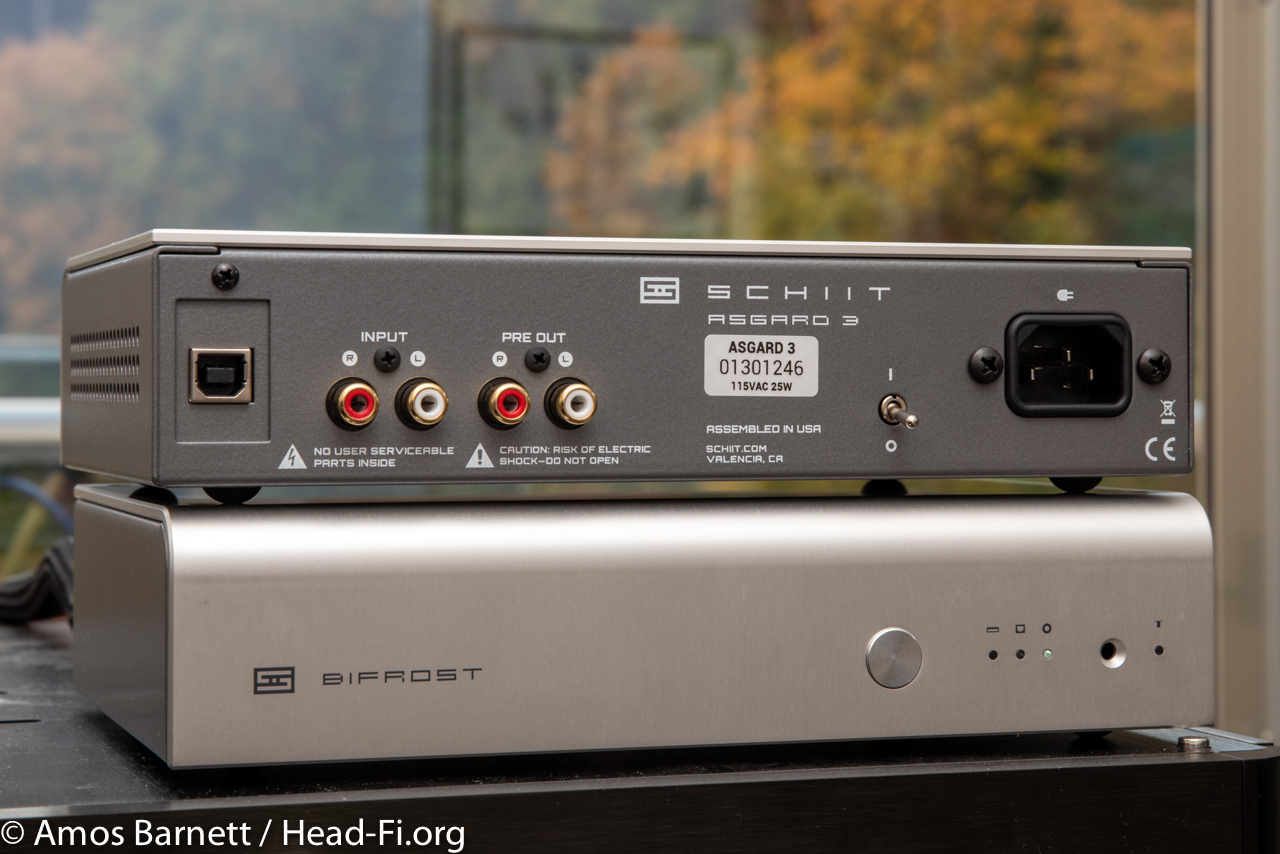 With the Multibit card (connected straight out of my Mac Mini) the Asgard 3 is a relaxing listen, but I find that it, and the Modi Multibit hit the point where the sound is audibly lacking clarity. Pretty much any good recording I had of instruments seemed to have a veil over it. Switching up to the Bifrost 2, the veil was immediately removed and the treble become a touch brighter as well.


I reckon it says much of the Asgard 3 that it would scale up noticeably to a DAC that is considered almost Yggdrasil good. To see where it sits, I compared it to the Lyr 3. With the Tung Sol tube that it was sent to me with (an upgrade over the stock tube) the Lyr 3 was a bit deeper-sounding. With a better tube (my preference at the moment is a Russian MELZ 68HS) the Lyr 3 was noticeably ahead, both sonically and in price.

Compared to the completely different SMSL SP200, which uses THX AAA technology, the Asgard 3 sounded warmer and softer against the SP200’s very “clear and clean” sound. However, the Asgard 3 seemed to provide better depth to the sound, and reproduce instrument nuances better, especially drum hits with the HD6XX, whereas the SP200 sounded flatter and drums came through less impactfully.

Compared to the Drop THX AAA 789, the Asgard 3 seemed behind, with the 789, hooked up to my Yggdrasil, providing both the clarity and delivering the nuances of the music in a very un-coloured manner. Given it is double the price, that was to be expected. 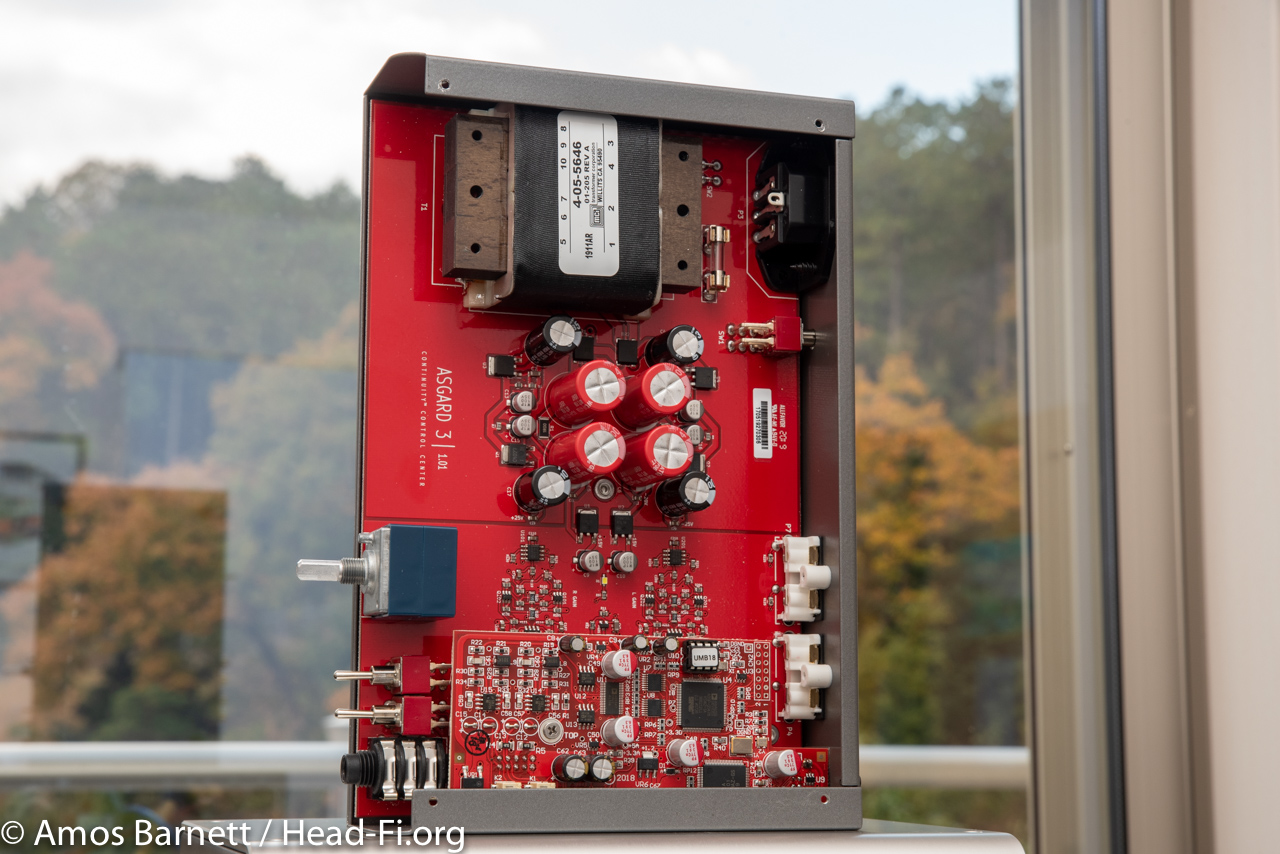 I tested the pre-amp function as well, connecting it to my speaker system, consisting of an Audio-gd Master 10 and ELAC FS247 speakers, where it did an admirable job, much as the Valhalla and Lyr 3 had done previously. I didn’t take detailed notes on this performance, only desiring to be sure it didn’t have the very collapsed sound that the Vali 2 had when used as a pre-amp.

It’s worth noting that the pre-amp mode is shut off when headphones are plugged in, making it good for someone who intends to use it as a pre-amp.

We’re used to saying that that products are over-priced these days, but I’d say that the Asgard 3 is under-priced given the sound quality. It sits in a very crowded market, in which it provides a solid performance and a noticeable upgrade from which is going to require at least 2-3x as much money.

Extra: I did a whole rig comparison.

Currawong
@Darkestred The Bifrost is "true multibit". Were you thinking of another, particular DAC?

genck
@Currawong he is referring to the internal DAC, that's what Schiit calls it if you look at their website, "True Multibit card"

Darkestred
@Currawong - genck is correct. I am wondering how the Asgard with the add-on True Multibit Dac would sound vs Magni/Modi stack that has the modi multibit option.