Menu
Log in
Register
Ruizu X18 MP3 Player - Reviews
Overview Reviews (1) Gallery
Pros: Battery Life, Feature Set (Bluetooth and FM Radio)
Cons: UI is Not Fast and Responsive Enough
Acknowledgement:
I would like to thank Ruizu for providing the X18 free of charge in exchange for a review

Introduction:
Ruizu is a brand based in China that manufactures compact MP3 players. While they have been on the market for a few years now, their product line up seems to have matured in terms of features. For example the X18 and other current generation players have bluetooth while the previous generations players do not. Its important to note that X18 is not a high-resolution player targeted at discerning audiophiles. Its more of a convenient music player targeted for people who need a standalone music player, without the audiophilic demands such as sound quality, driving power and support for Hi-Res and DSD. 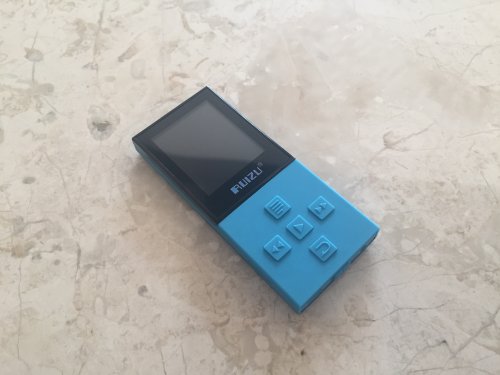 ​
Hardware and UI:
The X18 is a lightweight, compact MP3 player, which makes it gym ready. As it does not have a clipping/strapping mechanism, you’ll need a pocket to hold the device. It sports a simple candy bar style with a 1.5inch Low Resolution color screen, which occupies the top half of the front panel. While the screen is easy to read indoors, it may not be bright and vibrant enough for outdoor use. Right below the screen and occupying the lower half of the front side is a D-Pad. While the D-Pad buttons are firm and clicky, you need to click hard on the buttons for the device to register the click. The volume buttons are located on the lower, right side, which can make it a little challenging to reach when you are holding the device in your hand. In the bottom, there is a 3.5mm Headphone port, an On-Off switch and a micro-USB port.

The device runs a minimalistic operating system, like the one you would see on Sandisk MP3 players. During my time with the X18, I did not run into any bugs. While I was glad for the lack of bugs, I was far from impressed by the speed and responsiveness of the UI. Apart from the system not registering soft clicks of buttons, the UI itself is on the slower side. Also there are other quirks about the UI that makes the user experience not so pleasant. For example, when you are on the lock screen, it is impossible to play/pause or skip tracks. You’d have to go to the now playing screen in order to perform these actions. Also, from the lock screen, it takes at least 2 clicks to even take you to the Now Playing screen. So if you need to play/pause of skip tracks, there is a minimum of 3 clicks involved, which is counter intuitive for an MP3 player like this one. One thing to note is, the D-Pad acts as a music control keys on the Now Playing screen, while it doubles as a navigation keys when you are in the menu. You may find it a little confusing a first, but you get used to it soon. 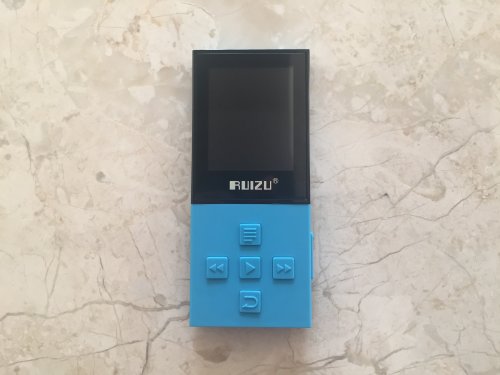 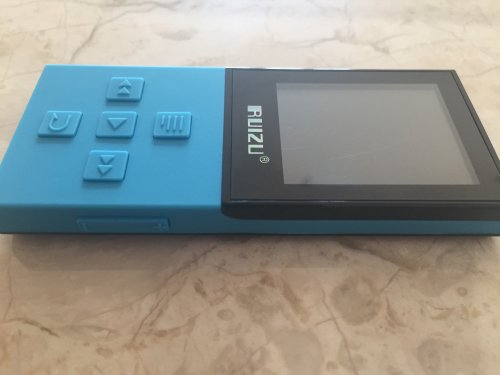 ​
Battery and Memory Storage:
Ruizu claims a total battery life time of roughly around 100Hrs. While I cannot confirm the number, I can say that, after close to 30Hrs of use, the battery indicator has gone down from 3/3 to 2/3 bars. Battery life is probably the biggest strengths of the device. While 8GB internal memory and support for 128GB external memory may not match the capacity of your iPod classics, its still ample memory to hold plenty of music albums. But moving forward, hopefully Ruizu considers increasing the internal memory capacity or adding a second card slot while also supporting higher capacity SD cards.

Features:
As I mentioned at the top, the player comes packed with a handful of features apart from the local music playback capability. Bluetooth and FM Tuner (Radio) work flawlessly as you would expect. Just remember you can’t use FM Tuner when you use a bluetooth headphone, as the device needs a headphone connected to the device, which would double as the FM receiver/antenna. To make things easy, there is a ear-bud included in the packaging for quick musical pleasure. It is not anything fancy. It plays music loud enough, acts as an antenna for FM Radio and does its job well. Nothing more, nothing less. I am still on the fence about Alarm Clock and Picture Viewer as I would never use those features on a regular basis. They probably might come in handy someday, we’ll see. But the one feature which I felt is completely unnecessary is the E-Book Reader. I don’t see anyone using the tiny screen on the X18 to read a book. Regardless, you really can’t fault the device when it comes to features as it doesn’t compromise on the necessary features.

Music Playback:
X18 is not an audiophile focussed digital audio player. Meaning, sound quality, driving power and Hi-Res format support are not its prime objectives. You need to remember this is just an MP3 player that focusses on convenience and lets you listen to your favourite MP3 files, while at home or while out and about. I tried playing CD Quality (16/44) lossless FALC files and it worked fine. Hi-Res files were a hit or a miss (mostly misses). I would stick to MP3 and CD Quality FLAC files. The stored music can be browsed through Folders or through categories (Artists, Albums and Genres).

The sound quality is on par with my 5 year old Sandisk Sansa player. I am pretty sure some of the recent smartphones that sport good DAC chips probably sound better. But again, this is not a player built for best sound quality. All that said, music playback is straight forward and no complaints there. As for the driving power, X18 has sufficient power to drive earbuds and easy-to-drive IEMs. If you have hard to drive phones, you want to look into totally different category of players.

Ruizu X18 vs SanDisk Sansa Clip Zip:
SanDisk really set the bar too high for players of this category. In terms of size, the Sansa player is literally half the size of Ruizu. Ruizu does have a model that is as small as Sansa players. Sansa also comes with a clip on the back so that you could attach it to your shirt/pants/backpack. One feature that the Sansa player lacks that the X18 has is the Bluetooth. But keep in mind the current generations SanDisk players have bluetooth. As a whole, Sansa player is just a more mature and refined product in terms of UI, UX and ease of use. The UI is more responsive and snappier. And the player responds to button clicks immediately and it doesn’t require you to press hard on the buttons to recognise a click. Sound quality, driving power and memory capacity are almost the same on both the devices. X18 does have the advantage in terms of battery longevity. I don’t think even the current generation SanDisk players offer anything close to 100hrs of music playback. So if battery life is important, X18 may be the player to go. If not, I would recommend the SanDisk players due to their more mature UI and UX. 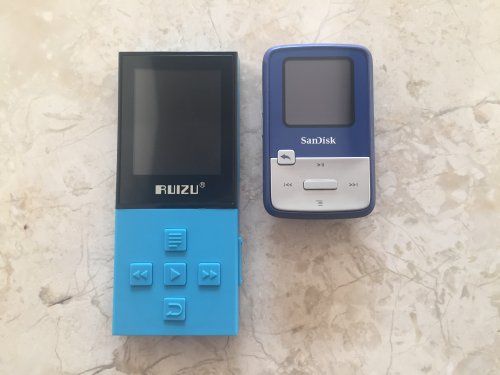 Conclusion:
Although the X18 packs a handful of features and amazing battery life, in its current form, I am unable to recommend the X18 full heartedly, when there are similar players from other brands, which sport the same set of features but offer a better UI and UX. On the other hand, if you are in a geographic location where you do not have access to better players, I don’t have a problem recommending the X18. The responsiveness of the buttons and UI, and the music controls in lock screen and navigation still need to be improved to make the UI and UX better and more refined.
Reactions: KPanaAudio and mooncacophony