The Monolith™ USB DAC brings out the best in your headphones and digital music files. Small and easy to use, it instantly upgrades the sound quality from your computer with its internal 32-bit, 384kHz ESS Sabre® DAC. Simply plug it into a USB port on your computer or laptop and experience your music collection like never before. With the Monolith USB DAC, you can turn any computer or laptop into an audiophile playback device!

Hi-Res DAC and Amp: The ESS ES9018K2M chips use the patented 32-bit HyperStream™ DAC architecture and Time Domain Jitter Eliminator to bring out the best in your digital recordings. The ESS Sabre® ES9601 Headphone Amplifier delivers unmatched performance for audio headphone or line-out output. With its pop and click suppression design, you are free of any unwanted power-up and power-down noise. The Monolith™ USB DAC supports PCM files up to 32-bit, 384kHz and supports DSD64, DSD128, and DSD256 playback. Improve your playback sound quality from YouTube™, CD files, and high resolution digital files.

Ease of Use: Small and portable, the Monolith™ USB DAC is the perfect device to take with you anywhere you go. Roughly the size of a thumb drive, you can have the ultimate in sound reproduction with you at all times. Volume is easily adjusted with push button controls that flank the side of the USB DAC.
Share:
Facebook Twitter Reddit Pinterest Tumblr WhatsApp Email Link 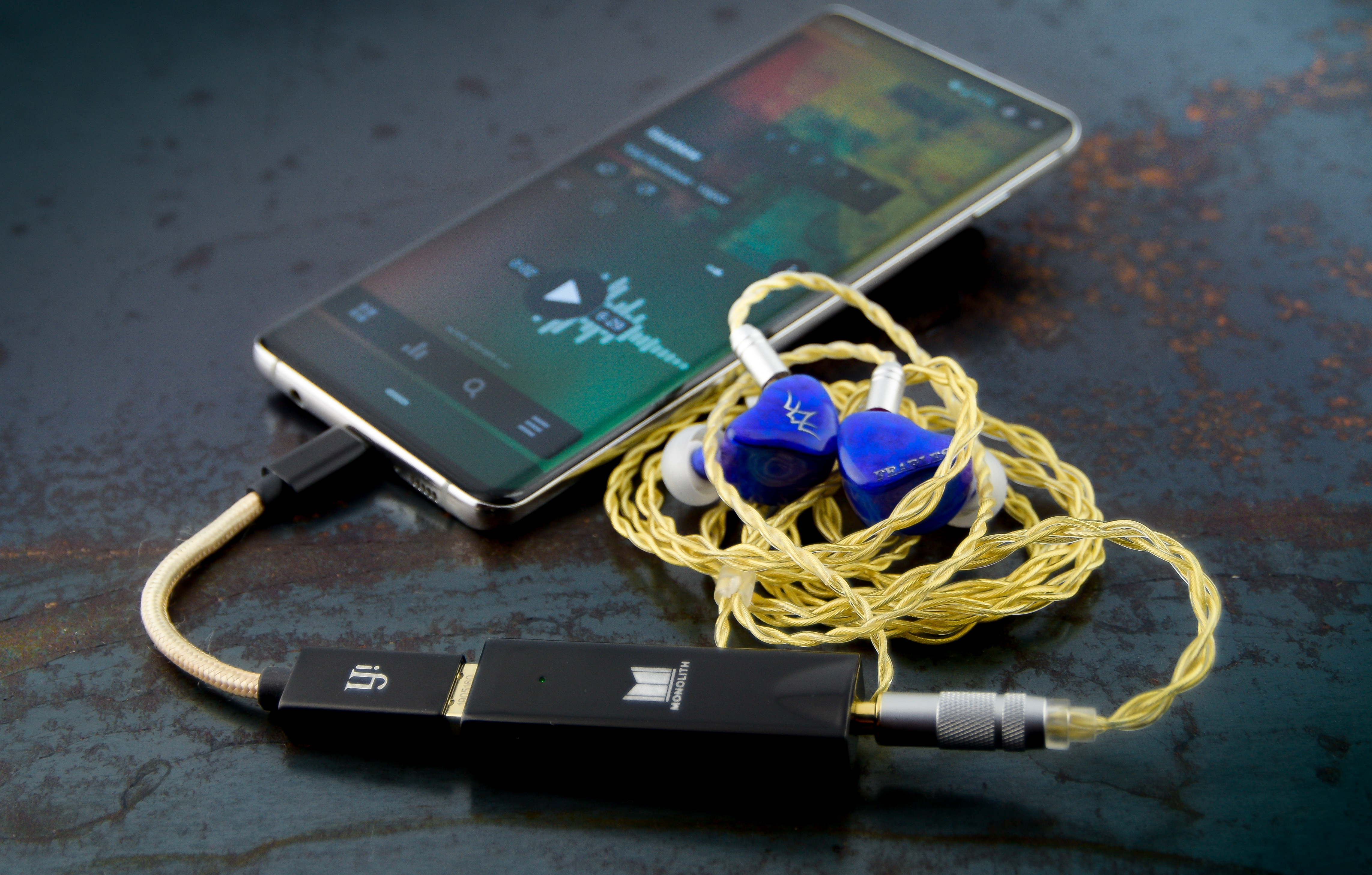 As a boy growing up in a family church, learning how to operate soundboards and mics was just expected. For as long as I can remember my brothers and I have been obsessed with good music and good sound. Naturally, as I got older I started mixing myself. I eventually got a job in Pro A/V doing live audio. On a side note, If you want to get paid to mess with lots of other peoples really cool audio equipment, pursue a career in Pro A/V, but if you want to actually own your own really cool audio equipment, pursue something else, because you’ll be broke all the time. Fast forward 30 years. About 7 years ago, the church I attend transitioned from floor wedge monitors to in-ear monitors. The company I worked for sold them the system and I did all of the training and as a drummer I use the IEM system myself. As I became more experienced with IEM systems for live performance, I became more interested in IEM’s for personal use. Now, IEM’s are my preferred method of personal listening. I've owned several dacs and IEM’s over the years but had to sell everything and start over.

A couple of months ago, with a budget of a hundred bucks, I began researching budget DAC’s and eventually came across the Monolith USB DAC. Like many of you, I was torn between waiting and saving my money for a more expensive DAC like a Dragonfly Red or Cobalt or taking a risk on the Monolith USB DAC. It’s hard finding reviews on this dac so it made the decision that much more difficult. I’m writing this review to, hopefully, help make that decision a little easier for those considering buying this.

I recently had to sell my DFR and Fiio Q1 Mark II and unfortunately, I can't A/B the Monolith with those. So, my comparison will be limited. However, I do have a Earstudio ES100. Of course, the ES100 is a Bluetooth DAC and the Monolith is wired. So, this is not necessarily an “apples to apples” comparison, but it’s all I have for the time being. For me, at the time, it was a considerable option for only $40.00 more. Although, the ES100 had lots of reviews it was difficult finding comparisons with the Monolith. So, this may be of interest to those who are considering both.

One thing that caught my attention was the specs of the Monolith USB DAC. It utilizes a ESS Sabre ES9601 Headphone Amplifier and a Savitech SA9227 USB and supports PCM files up to 32-bit, 384kHz. It also supports DSD64, DSD128, and DSD256 playback. In comparison, the DFR uses the older Sabre ESS 9016. That being said, I understand that there is more than just the DAC that determines the performance. Someone that does know told me that clock accuracy, power supply design and some other things, that I can’t remember, also play an integral role in the performance. 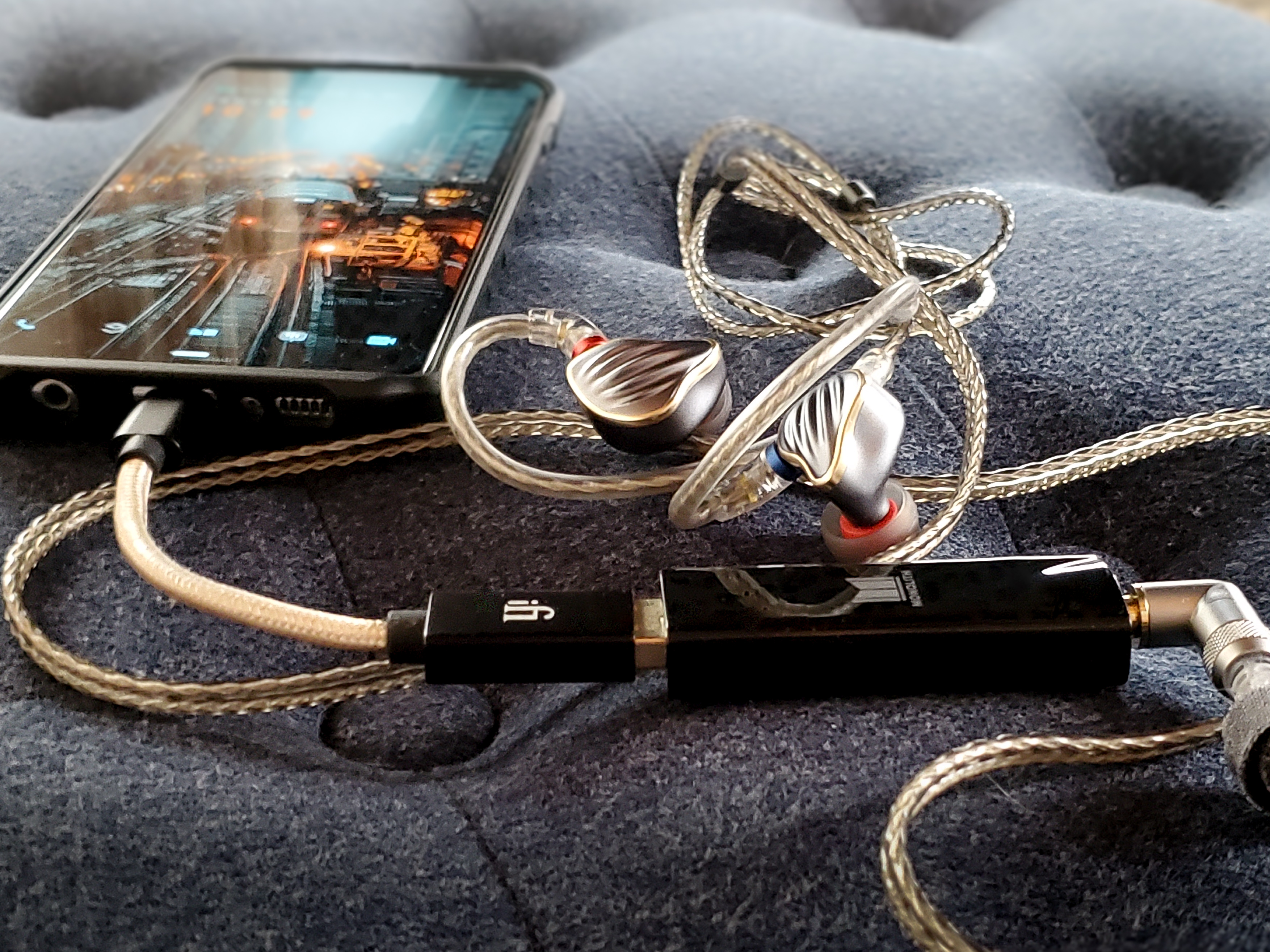 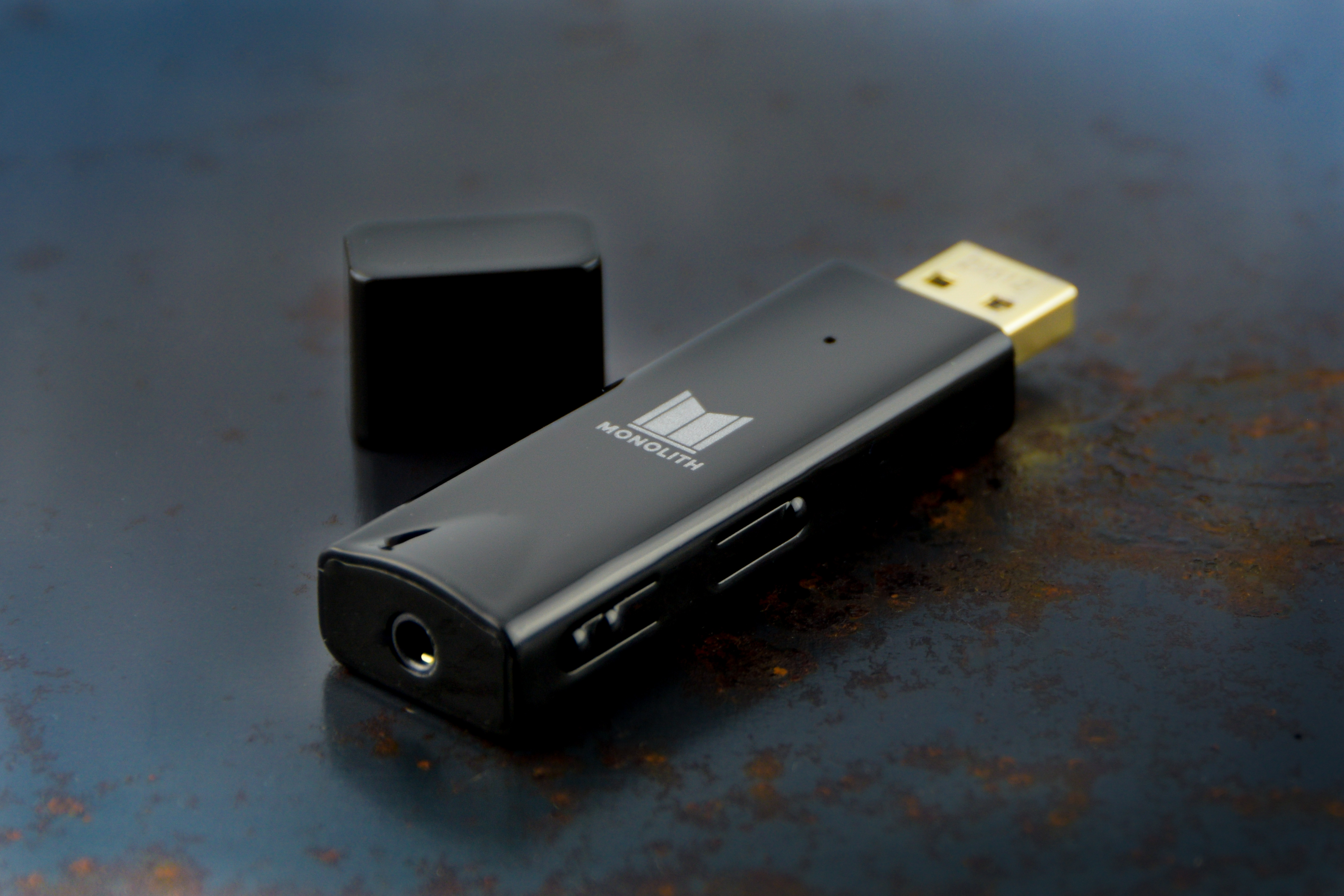 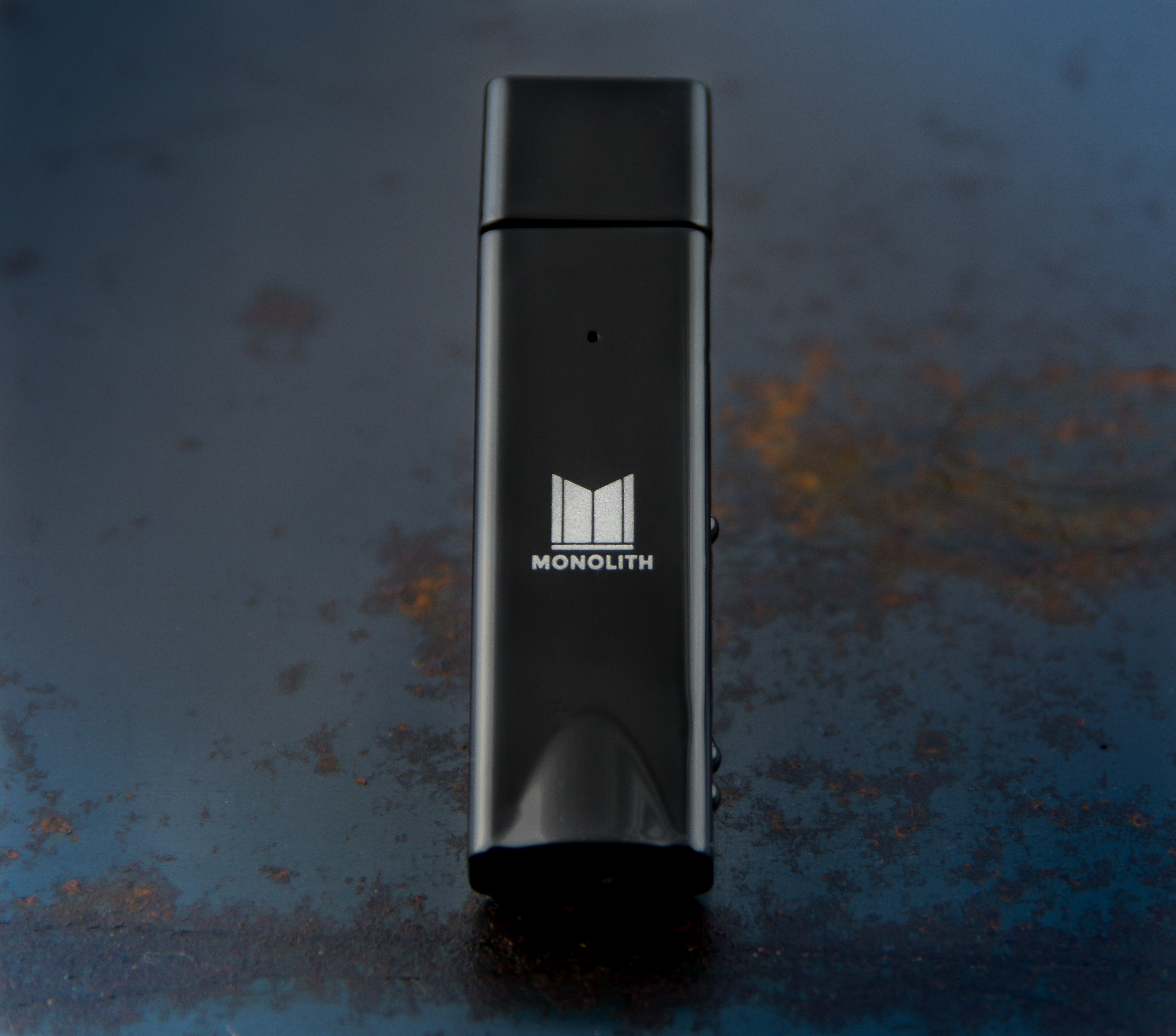 All of my test tracks are 24 bit flac and I’m using USB Player Pro and Poweramp Pro as my primary players on my S10 plus. I did some testing on my PC as well. I am using universal Fearless Audio S8Z’s as my primary testing iem’s and Fiio FH5’s as secondary iem’s.

The build quality is okay, but not great. It has a plastic housing, and at first it felt fragile, but after a couple of months of use it has held up quite nicely. I’ve had no issues with seam separation or the USB connector loosening. I have a small case for it, so it’s always protected and put away when it’s not in use. I am no more careful with it than I was with my DFR. It is intact as it was since day one, with normal signs of wear. I heard somewhere, that using the plastic housing (as opposed to Dragonfly’s medal housing) was how they managed to keep the cost down.

From the beginning, I had issues with inconsistent volume levels. Although, having a volume rocker on the side seems like it would be a nice feature to include, it’s actually proven to be somewhat frustrating. The DFR has a set volume and is easy to use, just connect and go. When I connected the Monolith USB DAC, I would set the volume on the DAC to about 80-90%. From that point, I would control the volume with my phone or PC. Therein lies the problem. As I would increase the volume on my phone, when I reached about 70-80%, the volume level would increase suddenly to an almost unbearable volume. Eventually, after some fiddling, I could find my preferred volume level, but it was is a hassle. Aside from that, there are no other issues. Also, the battery drain from the Monolith is minimal on my Galaxy S10+, about the same as or less than the Dragonfly red.

The Monolith USB DAC has no problem driving my S8Z’s or Fiio FH5’s. It gets very loud. When the volume level is all the way up on the Monolith, I can only turn my phone volume up to about 40-50% before it gets uncomfortably loud. I can achieve good volume control with my phone when dac level is about 60%. It has good treble. The sound is clear and detailed. It has good instrument separation. I can hear no distortion or noise.


Compared With the Dragonfly Red

Again, because I do not currently own the DFR, I can only give impressions based on memory. From what I remember, The DFR had a warmer sound signature and more bass. The Monolith seems to have better treble. The Monolith retrieves at least as much detail as the DFR. The monolith also has slightly better instrument separation and wider soundstage. The Monolith is noticeably louder than the DFR. Neither of them have any noticeable distortion or noise. Despite the mediocre build quality, I feel the Monolith is the better value. If I’m only considering sound, I would prefer the Monolith over the DFR as I prefer detail and wider soundstage over bass.

Compared With the ES100

I don't have a balanced cable so I was only able to test the 3.5mm output, although, I think the difference would be negligible. I was able to do a side by side comparison with the ES100 and Monolith. The ES100 has a warmer sound signature and has more bass than the Monolith. The notes of the ES100 seem to have a little more weight and girth than the Monolith. The ES100 has a hint more smooth, natural presence, while Monolith has greater textured mids with better separation, but seems to lack fullness of body in comparison. The Monolith’s treble is better than the ES100. The Monolith does a better job at retrieving fine details and has better instrument separation and wider soundstage. The ES100 is easier to use, and is much more convenient. I also like the Earstudio application. Both, the ES100 and Monolith get very loud. I would consider both, the ES100 and the Monolith good values. The ES100 definitely takes bluetooth sound quality up a notch with the dual AK4375a DAC, its DCT technology that transforms 16bit into 24bit and L-DAC, Aptx-HD (etc) codec compatibility. That being said, like the DFR, If I’m only considering sound, I would prefer the Monolith over the ES100 as I prefer detail and wider soundstage over bass.

The Fiio BRT5 can be used both as a Bluetooth or a USB DAC and cost about the same as the ES100. The BTR5 uses a dual DAC ES9218P and CSR8675 and has the latest Bluetooth 5.0. It uses the XMOS XUF208 for USB. It supports 32 bit/384k and DSD256. It also supports LDAC over Bluetooth. Although most of my time was spent doing the sound comparison using the Monolith’s and the BRT5’s USB connection, I did also compare the Monoliths USB sound to the BRT5’s bluetooth sound just for good measure. I don't have a balanced cable so I couldn't test the balanced output.

I have to say, part of me was rooting for the Monolith but in the end my objectivity won out. The Fiio BRT5 sounded better than the Monolith in almost every respect using it as a USB DAC. The BRT5 had better bass and treble extension, more sub-bass and more textured mid-bass, more detail retrieval, better instrument separation and placement, and a bigger soundstage. Although it wasn’t a massive improvement it was nevertheless substantial.

The Monolith did fair better in this comparison. The monolith sounded slightly better overall with the USB connection compared to the BRT5’s Bluetooth connection. I compared all of the different Bluetooth codecs. LDAC sounded the best. The Monolith had better bass and treble extension, better detail retrieval, better treble, better instrument separation and placement and a bigger soundstage. Again, the improvements were only slight.


In this comparison the BRT5 is the better sounding DAC, even when considering the extra cost. It also has excellent build quality and a very useful app. If you can spend an additional $30 or $40 it is worth it, in my opinion. 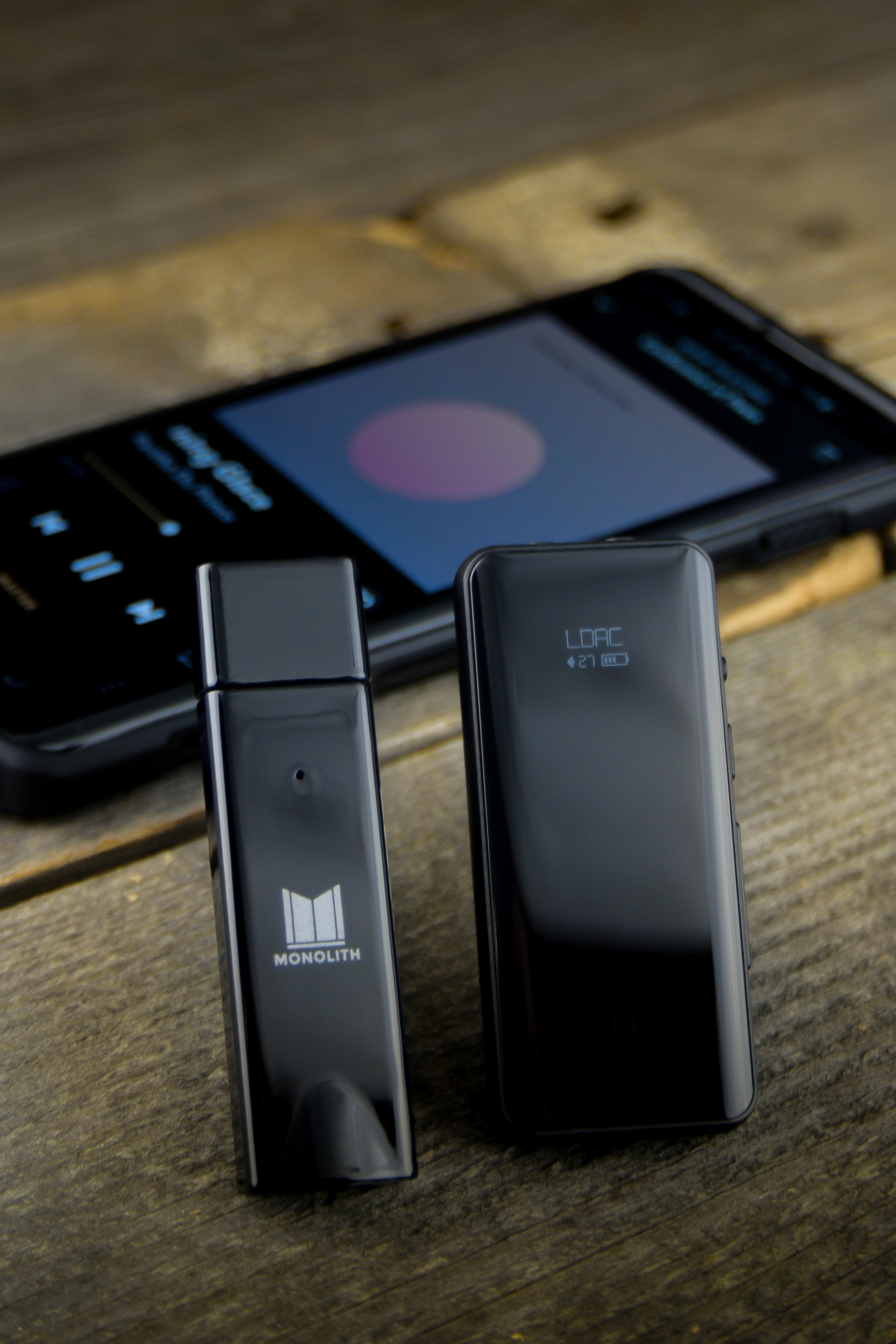 The Monolith USB DAC was a surprise. Despite the below average build quality and buggy volume button, I’ve still managed to get a lot of enjoyment from this little sleeper. "Sleeper" as in, good performance with an unassuming exterior. Great treble, good overall sound signature, and good detail retrieval, all, for a great price. The Monolith USB DAC/AMP is at least worth it’s cost, and I would argue as good or better than some DAC’s that cost much more. For all of you budget bound audiophiles hesitating to pull the trigger, if you don’t mind the occasional bugs and slightly below average build quality but want good sound and portability, then wait no more.
Last edited: Aug 7, 2020
Reactions: Sotiris, trellus, Cat Music and 2 others
View previous replies…
J
Jank14
I don't think it's correct to use both volume controls. Input should be fixed between 80-100% and volume should be controlled with DAC. The issues faced with volume levels were most likely due to DAC struggling to adjust gain due to incorrect settings.

Hddad70
I gave the dac to my brother and he's going to be in Cali in a few weeks and he will have it with him. I should have a chance to mess with it some more.