Menu
Log in
Register
Labkable Violet - Reviews
Overview Reviews (1) Gallery
Pros: Great natural, effortless sound
Improved low end
Sparkly treble
Cons: Build
Labkable is a pretty well known Hong Kong brand that specializes in boutique aftermarket cables, ranging from a few hundred dollars all the way up to a few thousand. They are quite easily recognizable by interesting colour combinations they employ for their cables. Not only that, they are also quite highly regarded in the community for the performance benefits they provide when hooked up to a pair of IEMs.

I was able to have a look at their entire lineup when I was in London for the Canjam, but at that point I didn't have a pair of IEMs who's sound I knew well, so cable rolling was a bit redundant. Mostly I marvelled at the lovely colours they came in and appreciated their build quality. I look forward to future opportunities to try them out more extensively

The Labkable Violet is somewhat special to me, as it was my first venture in the (relatively) high end IEM cable market, and I was not dissapointed. It got me interested in the cable topic, as it was the first time I heard a cable that audibly changed the sound signature of my IEMs and I was instantly hooked

Regarding the build, Labkable have something they call the WeaveTech cable structure, with a pending design, which is their own take on cable insulation. I went for the 3.5mm plug (as I am not a fan of balanced connections), and a 2pin connector on the other end. They were both of excellent quality, and so was the Y-split. None were proprietary, or specifically designed for Labkable, but as long as the quality is on point, I don't mind especially. I had some initial discomforts with the pins, so I had Forza Audioworks reterminate it, and I haven't had any issues since. That wasn't a build issue though.

Now, on the cable insulation. The positive aspect is that the cable is much thinner and lighter than for example, an Effect Audio Cable, which has a thicker, more solid insulation. On the other hand, the material is extremely prone to stiffening, and it was somewhat stiff from the very start. If you hold it at one end it isn't going to fall perfectly straight, but rather in a bit of a wave pattern. Over time and additional use that has only become worse, as it has been stiffening further. Is that a major issue that has made using it uncomfortable? No, but it is also not very pleasant. I am glad to report there haven't been any issues with the microphonics as a result though.

The good news is that once you've gotten over any build issues and start listening to your IEMs with your new Violet Labkable, chances are you will be very pleasantly surprised. I have tested it with the Noble Katana, the 64 Noir, the VE Elysium and 64 Audio's A18t.

The Labkable Violet is a cable that will make your IEMs sound more natural, more effortless and generally smoother. Not only that, if you are after some extra sparkle to your treble, it has been able to consistently provide that with every IEM I paired it with. The instrumental separation could be somewhat better, and you can really notice that when listening to the Katana or the A18t, where it simply struggles to provide them with the level of performance they require. On the other hand, soundstage depth is excellent, and detail retrieval is on point.

I found that it pairs best with IEMs that already have that smoothness built into them, namely the 64 Noir and the VE Elysium. It doubles down on how natural they both sound, and enhances their treble with that extra bit of sparkle you might be looking for. With the Noir it gave it a bit too much of a bass boost for my liking, but for anyone who likes their IEMs a little warmer I'm sure it'll be a blessing. When paired with the Elysium it managed to balance it's sound signature very well, giving the bass some more presence and depth. The midrange and the treble remained as godly as ever, while the soundstage felt slightly wider. I am currently awaiting some TOTL cables to pair with my Elysium, but I will most certainly be coming back to the Violet frequently, as it makes for a very fun, natural and pleasant listen

I would say that the Labkable Violet is an excellent companion for smooth and natural sounding IEMs, capable of enhancing their detail retrieval and low end, while also giving the treble some more sparkle. The midrange remains mostly unaffected, but the technicality that the Violet brings to the table also makes it more enjoyable.

It is however held back by the insulation material Labkable have chosen to use, as it brings down the experience of using and owning it a notch. I am sure that if they manage to resolve those issues it would get much more attention and praise.

A cable that I feel like would be a good complement or point of comparison is Plussound's Silver + Gold Poetic series. It tends to provide a similar sense of smoothness, with more emphasis on the highs as opposed to the lows. In terms of technical performance, they compare quite similarly, where the Plussound provides better instrumental separation, but noticeably worse detail retrieval. If you seek to enhance the clarity and highs of an IEM, go for the Plussound. If you would like something a bit more natural, fun and easy, I'd say the Violet is an excellent choice.

Overall, would cautiously recommend due to cable insulation material 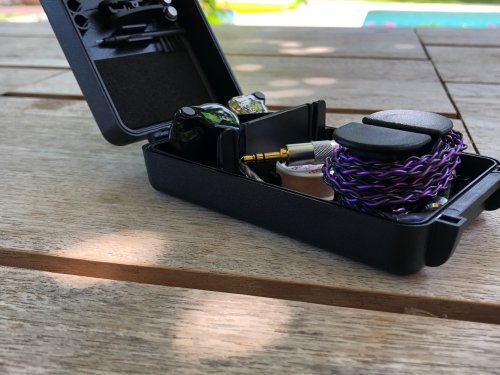 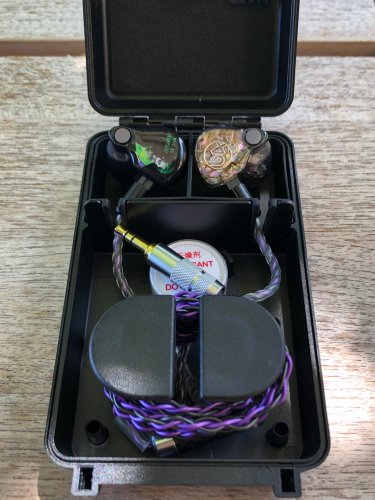 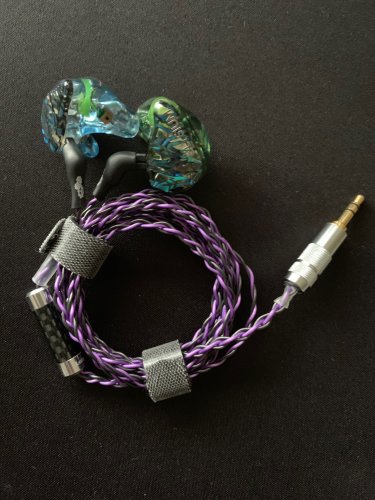 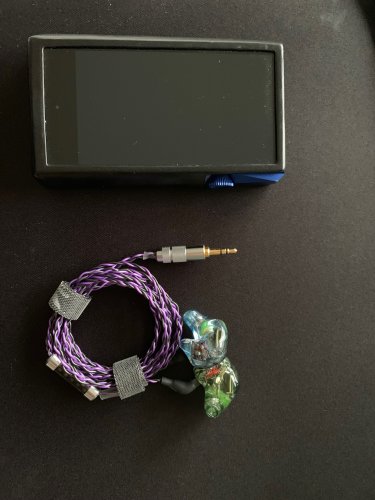