-When connected to a PC, volume can only be controlled by the A1 or your media player software.

-Best results would be with relatively efficient headphones with impedance under 150ohms.

-During my few hours of testing the device, the sound crashed once or twice. The same thing happens when i use my HRT HEADSTREAMER DAC with Asio.
This glitch is fixed by unplugging and re-plugging the device which is a 2 seconds solution.
I got this product as a review unit from Gearbest.com, i specifically requested to review this device in light of the ongoing degradation in the state of audio chips built into current Smartphones and PC motherboards.


I see many people in forums who are looking for a solution to this problem, so asked to experiment with this device so I'd have something to recommend in case it would be good.

*This link was not generated by me nor do i see any profit from you clicking on it.

Over the years, GGMM released products which strived to look elegant while performing up to par in terms of sound and build quality.

The Digital-to-analog converter, otherwise known as "DAC" built in the A1 is the "WM8533" which is made by the company "Cirrus Logic" which acquired "Wolfson Microelectronics" in 2014 for £291 million (hence the "WM" in the name of the chip model).

As you can probably tell from the purchase price of Wolfson, this company is very serious about what it does.

*GGMM states in the manual that the A1 will work on all Android 5.0 and above mobile devices which has USB OTG function.

Who needs this device?

- Consumers with smartphones which do not have a built in 3.5mm headpohnes jack on their device (thank you apple!).


- Consumers who are suffering from low quality and quiet output out of their PC onboard audio (like me).


- Consumers with smartphones which contain a quiet\low quality audio chip.


I consider my phone's loudness and sound quality to be the bare minimum in terms of acceptable performance.

While I can't find technical data about the sound quality of other phones, here is a small list of the output power found on some widespread devices:

So, from that relatively small sample size we can appreciate how many consumers out there demand an audio solution such as an OTG DAC or Bluetooth headphones.

The A1 comes in a white box, packaging and presentation are very similar to to those of Apple products.

Inside the box you can find the A1, Warranty card, the user manual and an adapter from it's micro-usb connection to USB so you can plug it to your PC\Laptop. 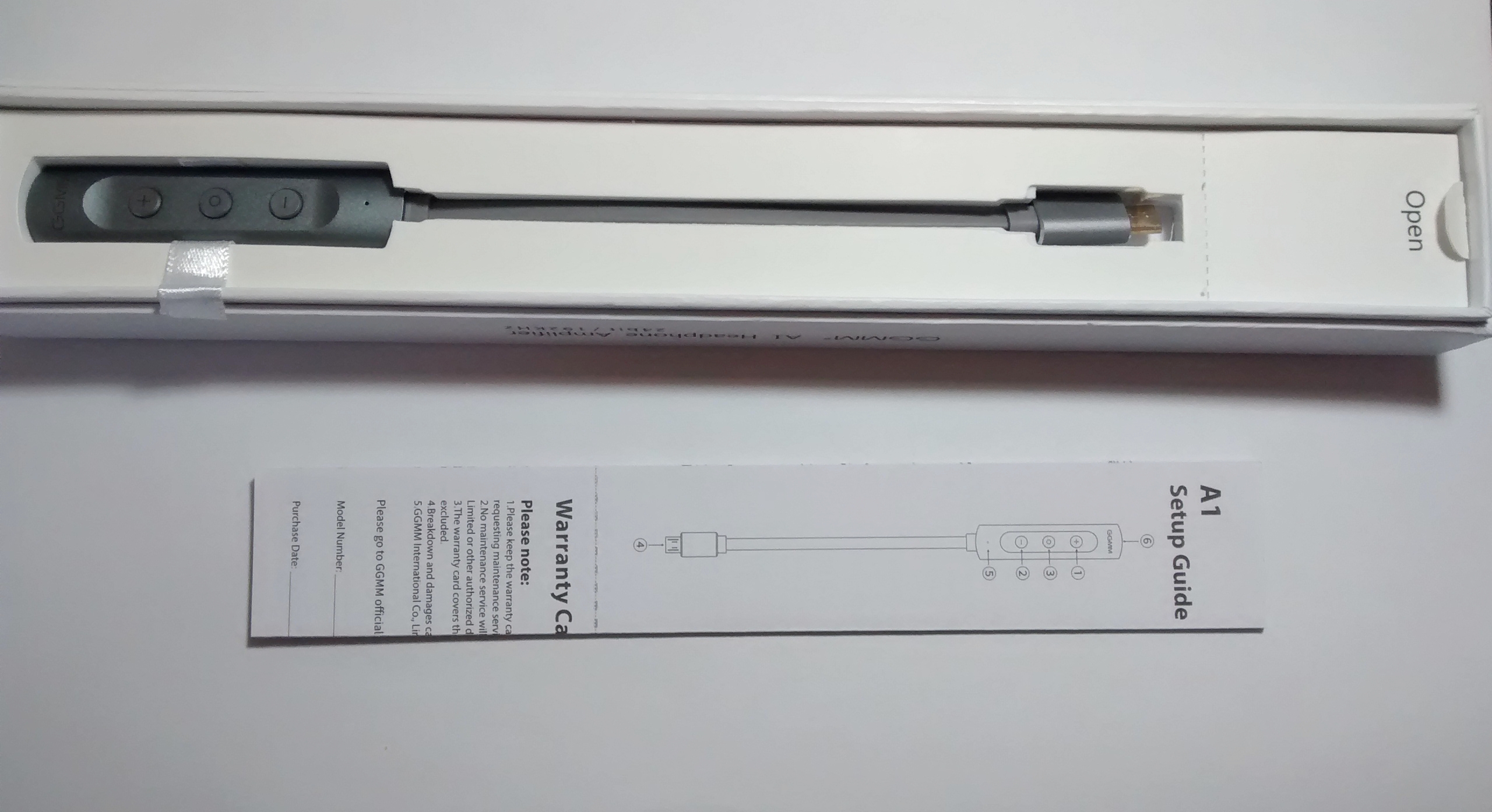 Design:
The A1 is very sleek in it's design. It doesn't get dirty or scratched easily. The wire is flat and the whole thing feels as if you're connecting a few centimeters of an extension wire to your earphones instead of a separate, cumbersome device like other solutions found in this market today. 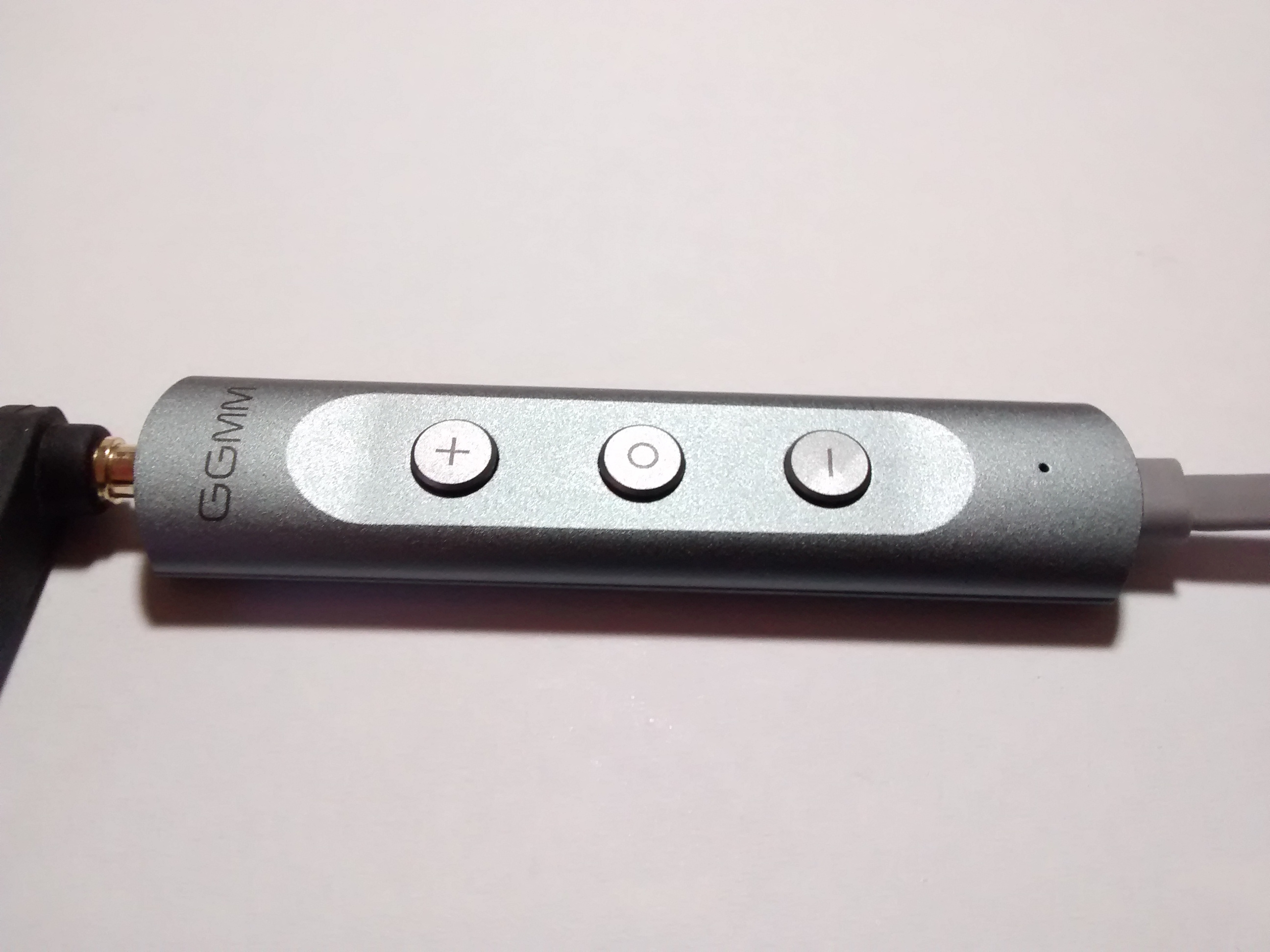 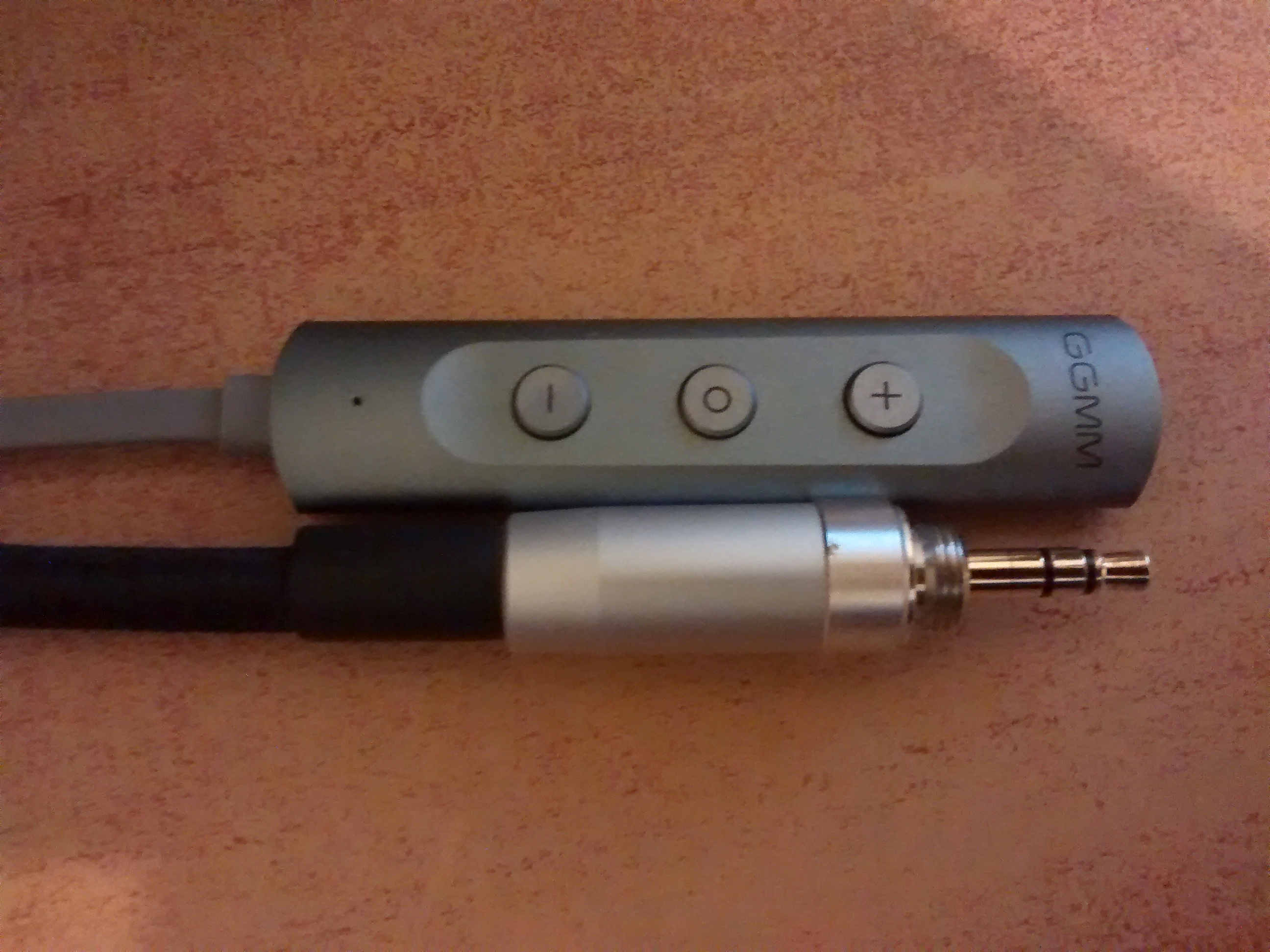 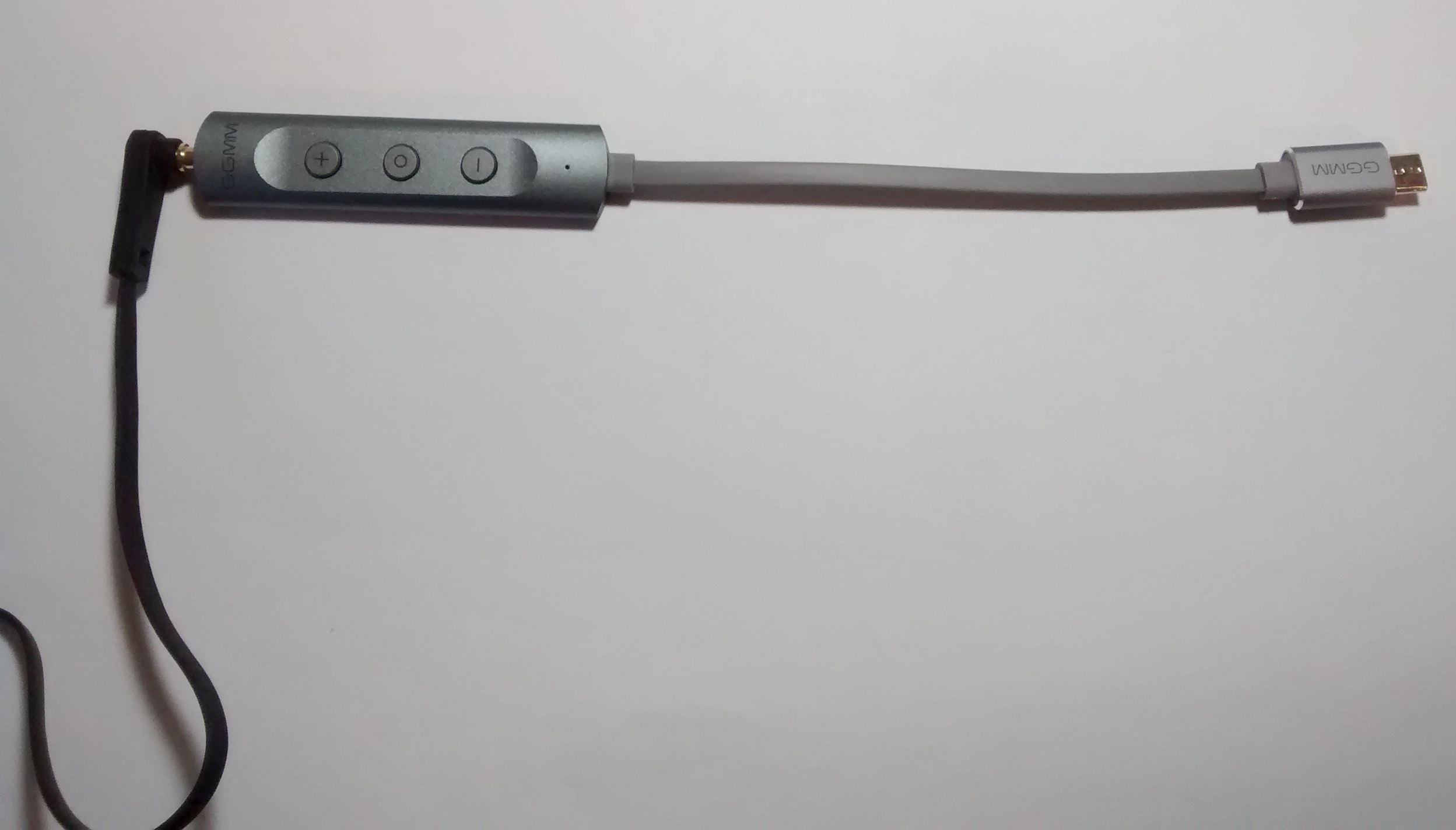 The A1 was was identified and started working right away on both my PC and my ancient Motorola G (1st gen) phone.

When connected to my PC, volume could only be controlled by the A1 or my media player software.

When connected to my Phone, my phone volume rocker worked while the A1 volume buttons provided extra volume. The two controls are separate from each other and it's nice to have both options.

I guess the first word that comes to mind is "surprising".

I didn't expect this level of loudness and amplification out of this small thing.

The sound out of my MOTO G 1st gen is not bad to begin with, but the A1 did offer a nice, yet small improvement with In Ear earphones as well as a much more noticeable improvement with on-ear and Full sized headphones.

Results with different Headphones with my phone and my PC built-in audio cheap (Realtek Audio):

So this is the real challenge, right?

Even though the D2000 are considered to be a rather efficient full sized set, My phone or the On-board audio chip on my PC couldn't supply the necessary loudness to make this comparison fair.

-On my PC On-board audio chip the D2000 sounded almost nice…but they sounded more like an old stereo and less like the D2000.

-On my phone output the loudness was a bit more satisfying, but they lacked not only loudness, but the overall power and big sound which the D2000 can deliver.

Switching to the GGMM A1:

-The Loudness is way up, I can't even go all the way on today's songs, old songs are more quiet by nature, but it's still satisfying for me at 90%-100% volume (and I'm a loud volume listener).

-The sound is more powerful, the famous "Bass Rumble" of the D2000 is back, it's even too much for me in crazy basshead tracks I tested with, but it's totally fine in regular bassy tracks like the famous track "Elements" by Lindsey Stirling.

-It's hard for me to say that this DAC is revealing 100% of the D2000 potential, but it's good enough to just enjoy my music without really wanting more, it doesn't distort and it does the job well in my opinion.


KZ ZS3: The A1 seems to give me about 30% more volume. It feels as if the sound in is less "in one block" = instruments feel more separated and clear and thus their character feels more pronounced. Electric guitars feel less flat and percussions in the background are more present alongside them.


KZ ZS6:
Phone: I like the Bass response better on the A1. The A1 seems to be a bit more musical and revealing.
On my PC: the A1 provided way more volume and the overall sound quality is noticeably better as well.

While there are more expansive and hyped alternatives in the portable DAC market today, the GGMM A1 manages to offer a solution which will satisfy most of the consumers in the market and for an affordable price.


This combo of Wolfson's powerful DAC, together with GGMM's sleek,compact and sturdy design should be considered by anyone who wants to experience good audio on both Android devices and PC.


Users who want to drive very high impedance headphones such as the Sennheiser HD600/HD650 or the Beyerdynamic DT880 250\600 Ohm editions would be better off looking into more powerful and expansive DACs. 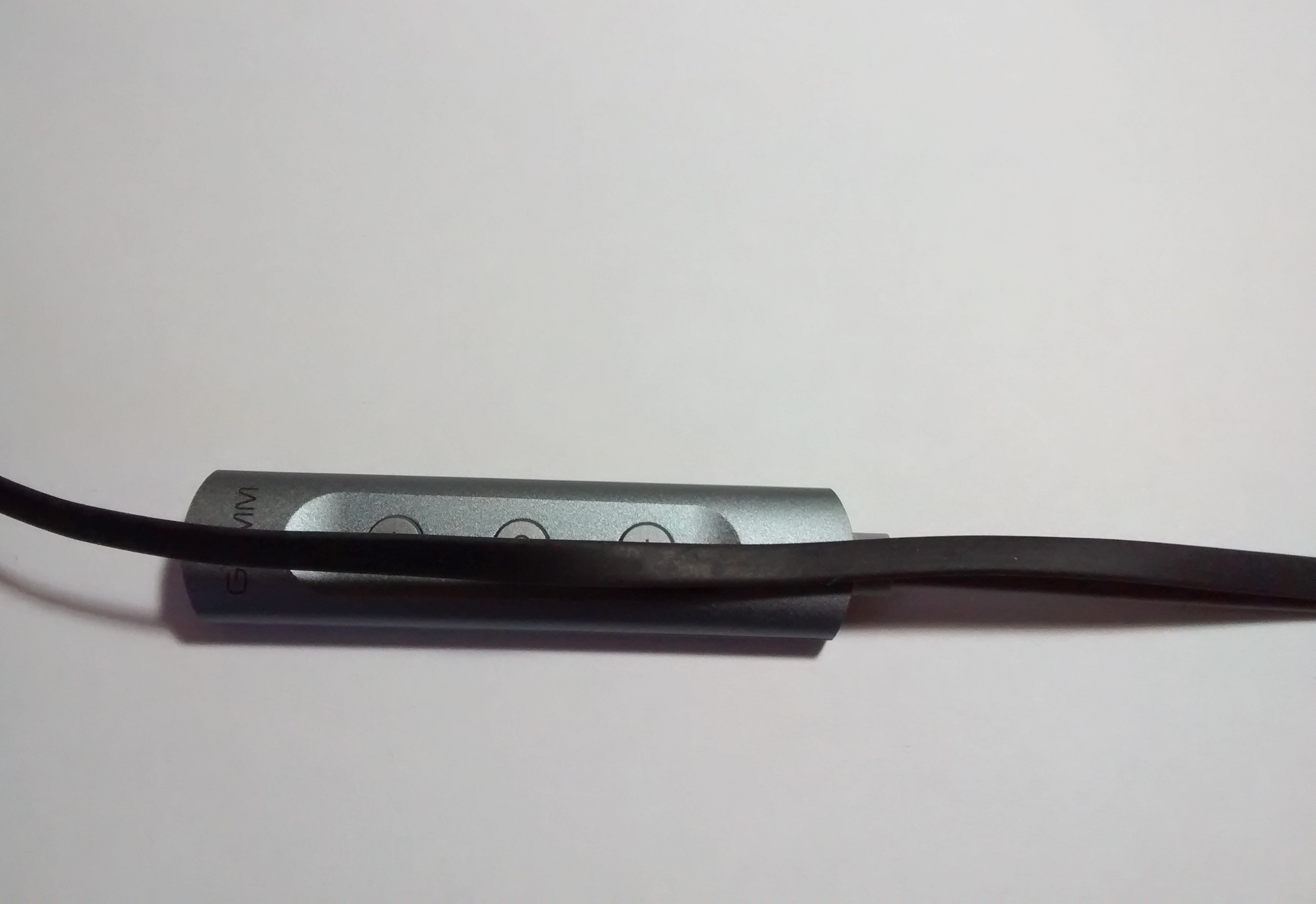