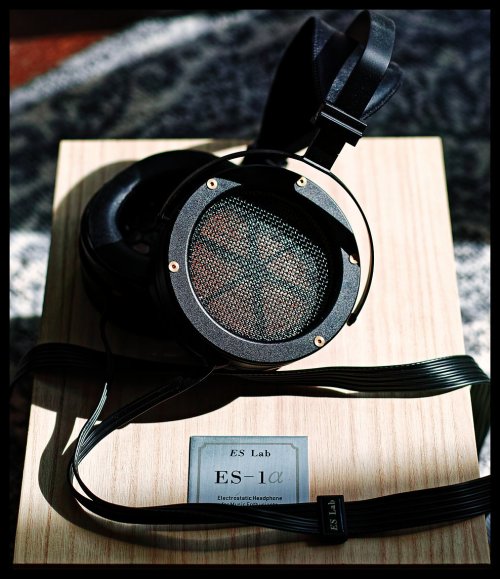 excellent performance
Pros: comfortable
well-balanced
ear cups - sturdy construction
Cons: lacks bass of 007s (for bassheads)
plastic headband (durability)
Intro
Quick introduction about myself. Used to play the guitar (primarily electric) and a little bit of piano starting in middle school through high school. Back then I mostly listened to rock, rap a little bit of R&B and metal. (to date myself i grew up watching MTV; listening to KROQ and power106 if your’re from LA) Wasn’t until college that I started to expand my music interests. After going to many festivals like Bonnaroo, High Sierra, Outside lands, Gathering of the Vibes, Lockn etc got many chances to explore a lot of different types of music that i now listen to today: jazz, world music, classical, acid jazz, blues, rock and a lot more electronic (house, trance, trap) as well as phish, string cheese and the dead.

I’ve always had headphones in my ears whenever traveling and when possible at work. A few years ago i discovered the 6xx and 7xx drop headphones and thought that was my end game. With COVID and spending more time at home with a change in my living circumstances (cant blast my speakers as often) I decided to see what was out there with headphones this past year.

While trying out some of the top tier headphones (eg DD focal clears, planar (aryas/lcdx, and electrostatic l500mk2,007mk2) and IEMs(mest mk2, monarch mk2, sony ier m9 etc); while they all sound great… the biggest realization was that I discovered i had been missing out with stax all my life. I’d never heard of them before and dont even remember how i came across them the first time…

the first time I listened to a live phish recording it sounded like I was actually at the concert (course the key is : you got to close your eyes and do this in a dark room).

Anyways having had a chance to experience the L500mk2 as well as the SR 007mk2 was always curious what is 009‘s were but don’t ever see myself paying that much just for a set of headphones. It was already a big step going over the $1k mark as i’m sure many of you have experienced, I never thought I’d do it but had to find out for myself.. And yes, its just diminishing returns beyond a certain point. Plus, I’d rather just use my money for live music and experience it in person.

So here we are with the es-1a. what my research has indicated was that this is in between 007 and a 009 as far as a sound since i knew i’d never buy the 009s I thought why not.

Sound:
I was a bit skeptical and unsure what to expect from all the glowing reviews but have to admit - overall i think this set is tuned perfectly for all types of music and i know you might think… usually jack of all trades aren’t actually good at anything, but i’ll leave that up for your to decide..

Bass:
Fast, deep, dynamic, clean.. Listening to John Summits live set from Ultra 2022 will have you bobbing your head to every single bass note. It’s not as textured as the 007s (which have a palpable oomph) but its there. Same with Above and Beyond “Screwdriver” which has a nice bassy acid mid-section

listening to Lizst piano sonatas (Annees de pelerinage S 160:no6 Valleed’obermann) the piano notes are crystal clear and never muddied or distorted. The es-1a keeps all the frequencies and especially bass well controlled.

Midrange:
Very good performance here, listening to the blues like Stevie Ray Vaughans live set at Carnegie hall “the things i used to do” you’ll really get a taste of his guitar - full-bodied, full of gritty blues distortion while crystal clear and very natural.

The same goes with a listen to Vivaldis “Spring” almost like hearing the sound of the violin for the very first time.

Listening to Phish “Ghost” from 9/1/17 at Dicks will give you one of the many renditions and funky bluesy jams with a fine balance between all the instruments and vocals. Want some more strings? give the string cheese set from 4/22/22 Ashville a listen specifically 'mouna bowa' and 'long journey home'

Speaking of vocals Janet Jackson “That’s the way love goes” and Ella Fitzgeralds “Summertime” both smooth as a babies bottom.

Treble:
the treble is tuned very well. With the L500mk2s i found the treble a bit too much and very shouty. I was a bit concerned it might be similar with these but that’s not the case at all. Some base music was unlistenable with them for example Seven lions remix “you got to go”, but it’s just right with the es-1a.

Imaging and Soundstage:
I think the es-1a really gives you an opportunity to listen to music in a new way. Depending on the recording, sometimes the position eg in front of the stage row 1, or a few rows back can change depending on your source and even DAC (eg comparing r2r vs delta sigma). But regardless, i think certain Symphonies are a good way to experience that like Beethoven Symphony No 9 ‘Choral’ or any of the tracks from Lee Ritenour Rhythm Sessions or Ray Brown Trio Soular Energy

Amp:
I’ve had the chance to listen to these on 3 different amps SRM3, Antares v3, Mjolnir Stax007tA. As they say some headphones (like the SR 007) do scale with a better amp, up to a point… i think these do as well, having listened on a SRM3 and an antares (similar to modded t1) i think the sound is much better on the latter. Not drastically better, but maybe noticeably better if you're 'critically listening' vs background music or listening for fun. i'd say 5-10% ‘better’ if you had to quantify it. And then on a mjolnir modded 007tA) maybe another 2-3% ‘better’. I put ‘better’ in quotes because i think it’s very subjective. i suppose you could also say a different flavor instead of 'better' if that makes sense.
like headphones or anything else in your chain after the source, the amps can give you a different flavor of the music. which flavor you like most is really up to you to decide.

Conclusion:
I was a bit skeptical about the es-1a but after hearing them and being pleasantly surprised, they continue to grow on me and i like them more and more. Now trying to decide if i should keep these and let the 007mk2s go! I can see both the 007mk2 and es-1a as complimentary as many say and easily be the end game (combo or not) for many people.
Last edited: May 1, 2022
Reactions: Sharppain, voja, Chessnaudio and 10 others
T
Turcoda
Thank you for your review. I owned this headphone for a brief time. While I did appreciate its technicalities, I don't agree that its meant for just about any type of music. I think I would agree that you CAN enjoy it equality for all types of music, sure, but the tonality is far from neutral and ymmv with different genres. I think perhaps the best word to describe the tonality would be 'dark'. The owner of the store is very trustworthy, so I don't think its a risky buy on that front. For the cost, it does get you very far up the ladder, and if you're a basshead im not sure you'll do any better than this aside from the 007. Its a step up from Jade II (just the headphone) in terms of technicalities, but far less neutral. Its a fun type of headphone and hard to beat for the cost.