Menu
Log in
Register
Beyerdynamic T5 3rd Generation - Reviews
Overview Reviews (1) Gallery
Beyerdynamic T5
Pros: Nice soundstage, top class resolution, naturalness and very comfortable.
Cons: Cable tends to curl, not for listeners craving forward mid-range.
I received the T5 for review purposes through a connection at the Danish Beyerdynamic distributor of the professional Beyerdynamic product-line. I have them on loan for some days to spend time with them and then they have to go back to Beyerdynamic again. I am not associated with either Beyerdynamic or the danish distributor in any way, so I can share my sincere impressions with no strings attached. Here it goes…

September 11th, right out of the box.
Right after listening to T1.3, where I in the beginning thought there was too much bass impact, it was pleasure to shift over to T5. It has a bit more balanced sound and a tiny bit less darker sounding than T1.3. The bass in T5 is not a dominating as I felt it was in T1 in the beginning. Compared to what I was used to listen to (ER-4XR and DT1770) there is still not the same treble and upper mids sparkle as I like from DT-1770 Pro. At this point I am not sure neither T5 nor T1.3 is something for me. The signature is just too dark for what I normally like.

Listening to jazz I hear a T5 that is really good at acoustic bass. But bass still has a bit too much energy sometimes. It just tips the whole balance over to become too dark and there is no joy in listening to them for me at this point. 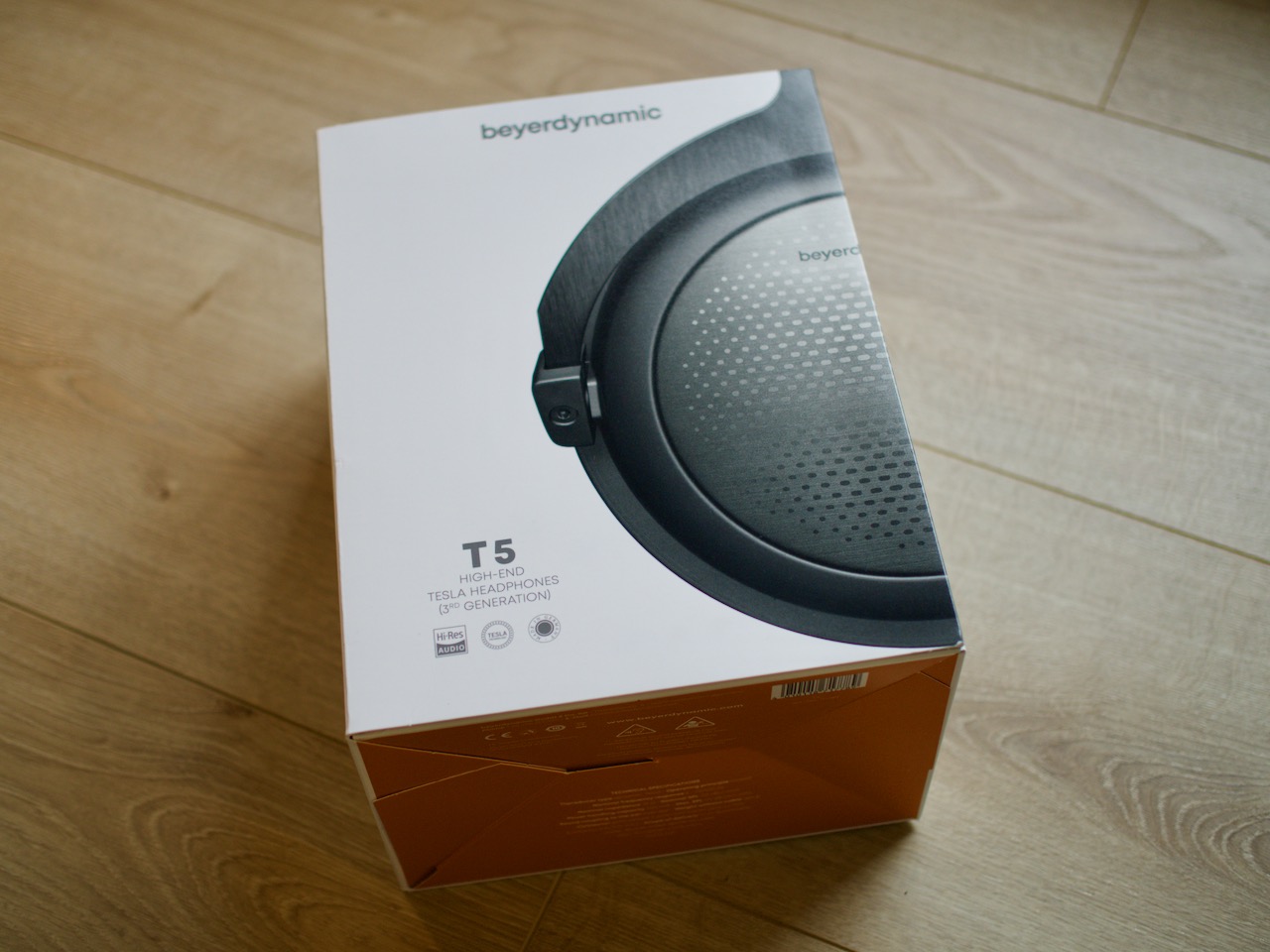 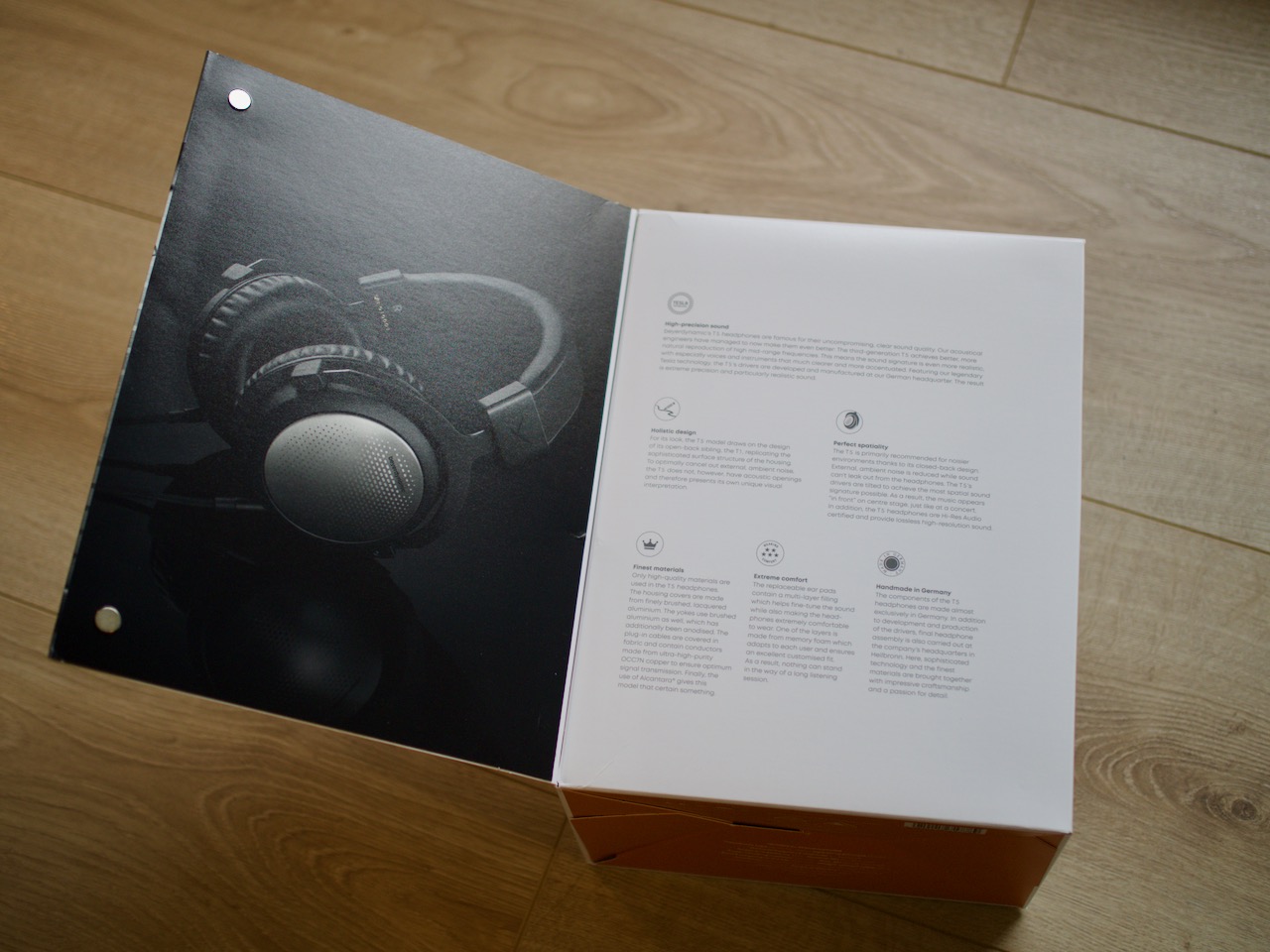 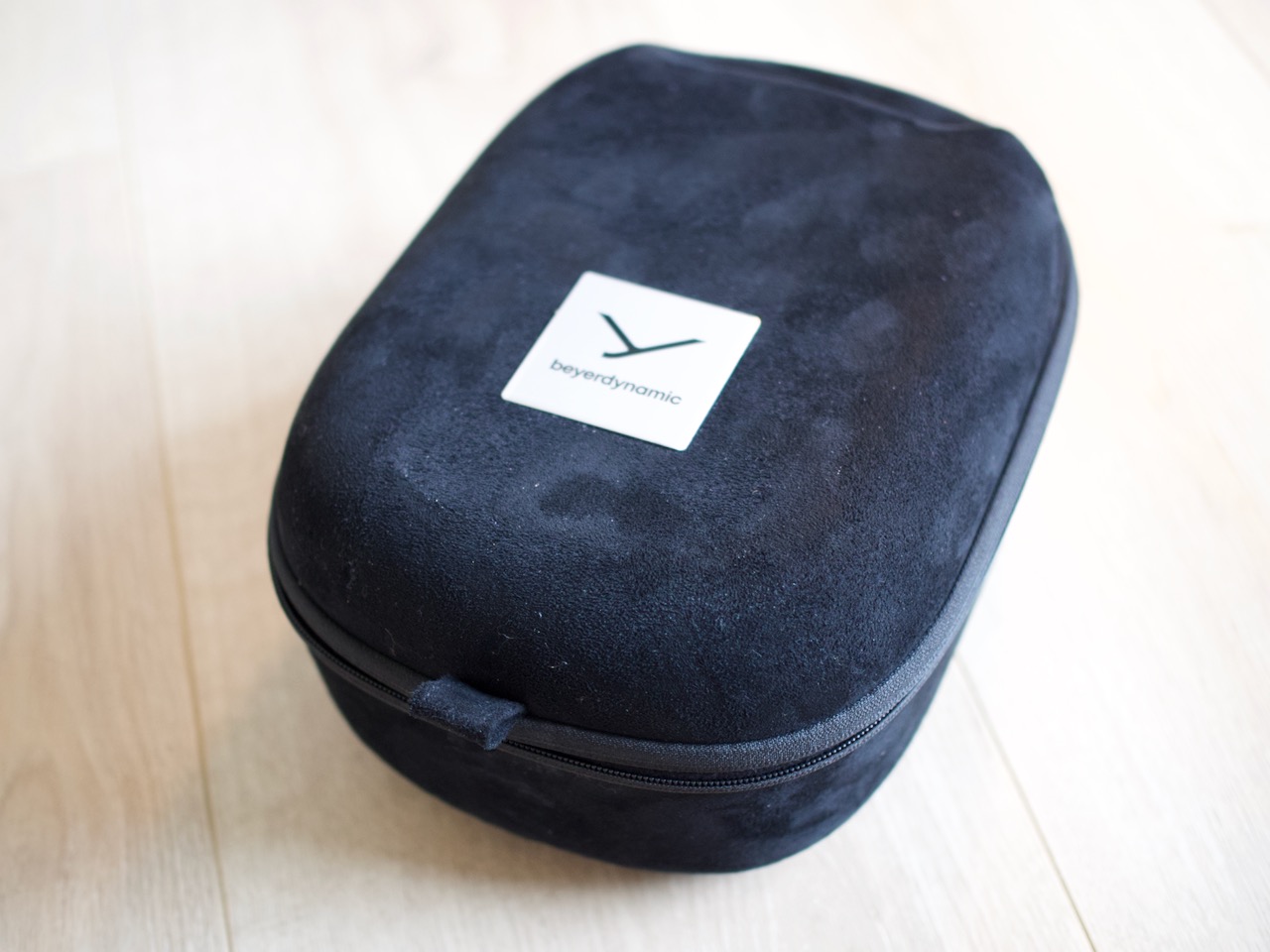 September 15th
If you read my impressions of the T1.3, (found here: https://www.head-fi.org/threads/beyerdynamic-t1-3rd-gen-out-now.938562/post-15868396 ) you will know how I have been using them for a while without the dampening pads that cover the drivers. I did remove the pads also on the T5 and I initially liked the sound better without the pads because my ears was not adjusted to the bass impact. I spend some time listening to T5 without the dampening pads and I never really connected with the sound. Even though there is less bass, and I like that I could take some of the low end energy away, there is also a wrong balance I the mids and treble. I am not able to point out in what exact Hz-region there is too much energy, like a lot of other people can, but snare-drums on some recordings just gave me listening fatigue without the pads. There are some resonances or sharpness, that make the sound too harsh and it is clear that the dampening pads play an important role in the T5 signature. 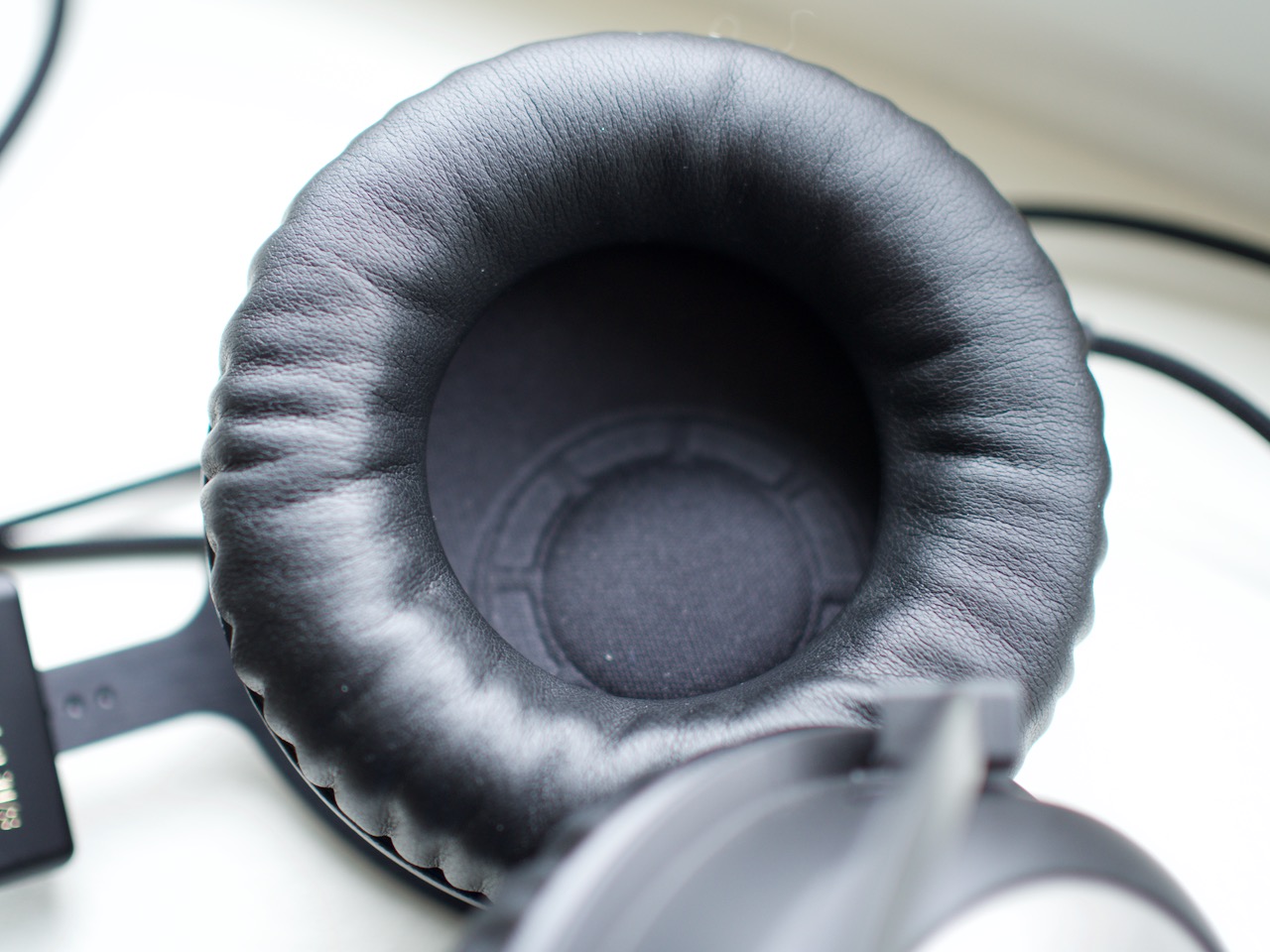 After a conversation with Günter Weidemann from Beyerdynamic, the product manager of both T1 an T5, I was convinced that the pads were in fact intended to stay in place and that I just had to spend some more time listening to the fuller bass and get used to more impact in the low end. I think the T5 sounds worse than T1 without the pads in their place and it is clear to hear that it had to go back to its place.

Like with the T1.3 the new T5 is not just a minor update to the former T5ps. The T5 is redesigned in several ways. Günter Weidemann wrote the following to me: “Beside of the dampers as being part of the outer damping, the inner damping of the driver is also modified, in order to achieve the intended balance between inner and outer damping. And the dampers of T5 are even different to the ones of T1 for independent optimisation of the sound signature.”

This made me a bit curious and I took a look inside the T5 to see if I could spot the differences. As far as I can see from old pictures of T5p the mesh over the driver looks a bit thicker, also there is a filter in the middle of the air-vent over the driver itself that play a significant role in the tuning the sound. Otherwise there does not seem to be any immediate changes in the house where the driver sits. Whatever the changes are, it is clear that T5 is not the same as T5p gen 1 or 2 and it is also a clear answer to the ones who think that removing the dampening pad and mounting the T5p2 cushion will make this a T5p2. It will not! 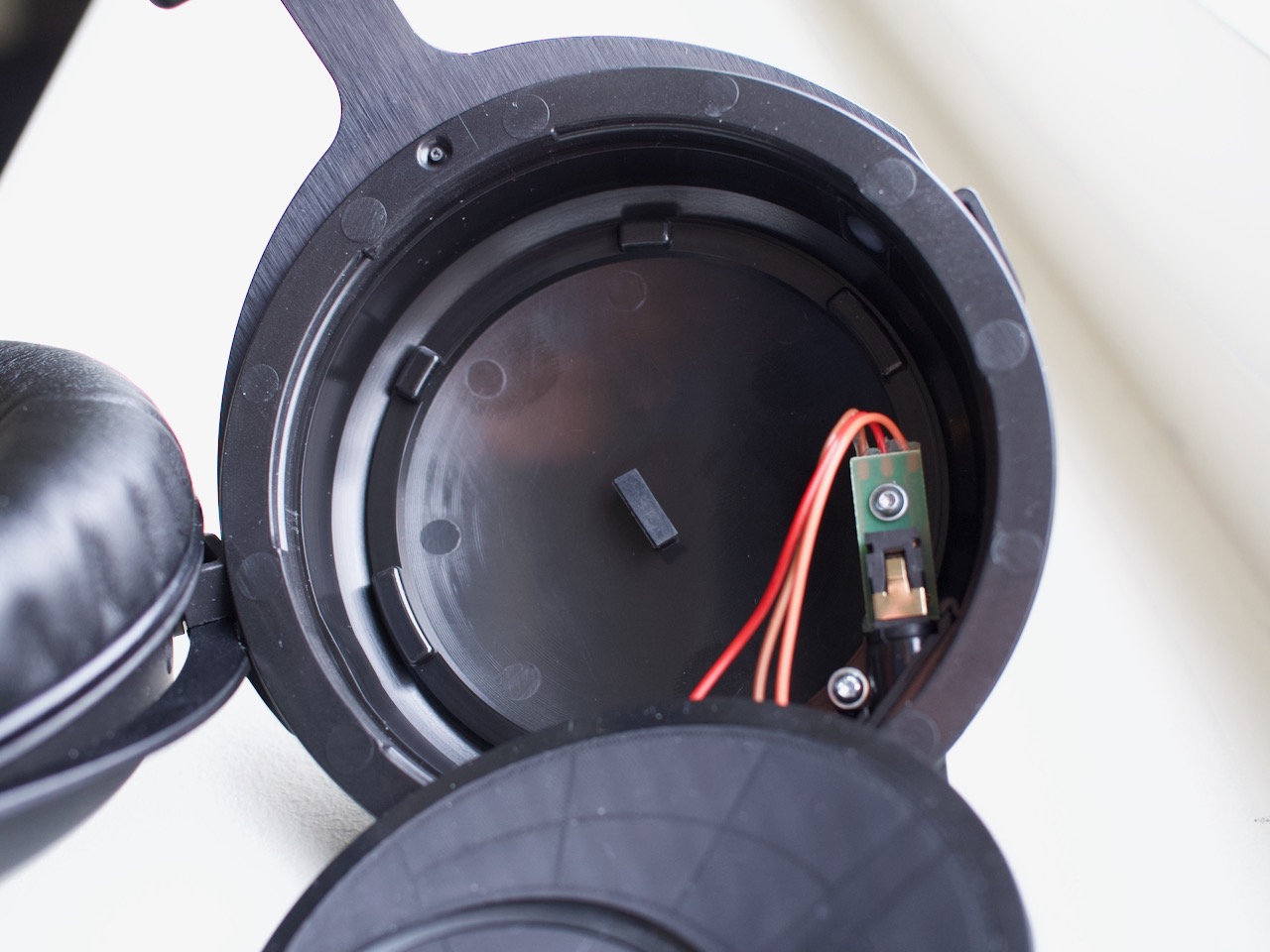 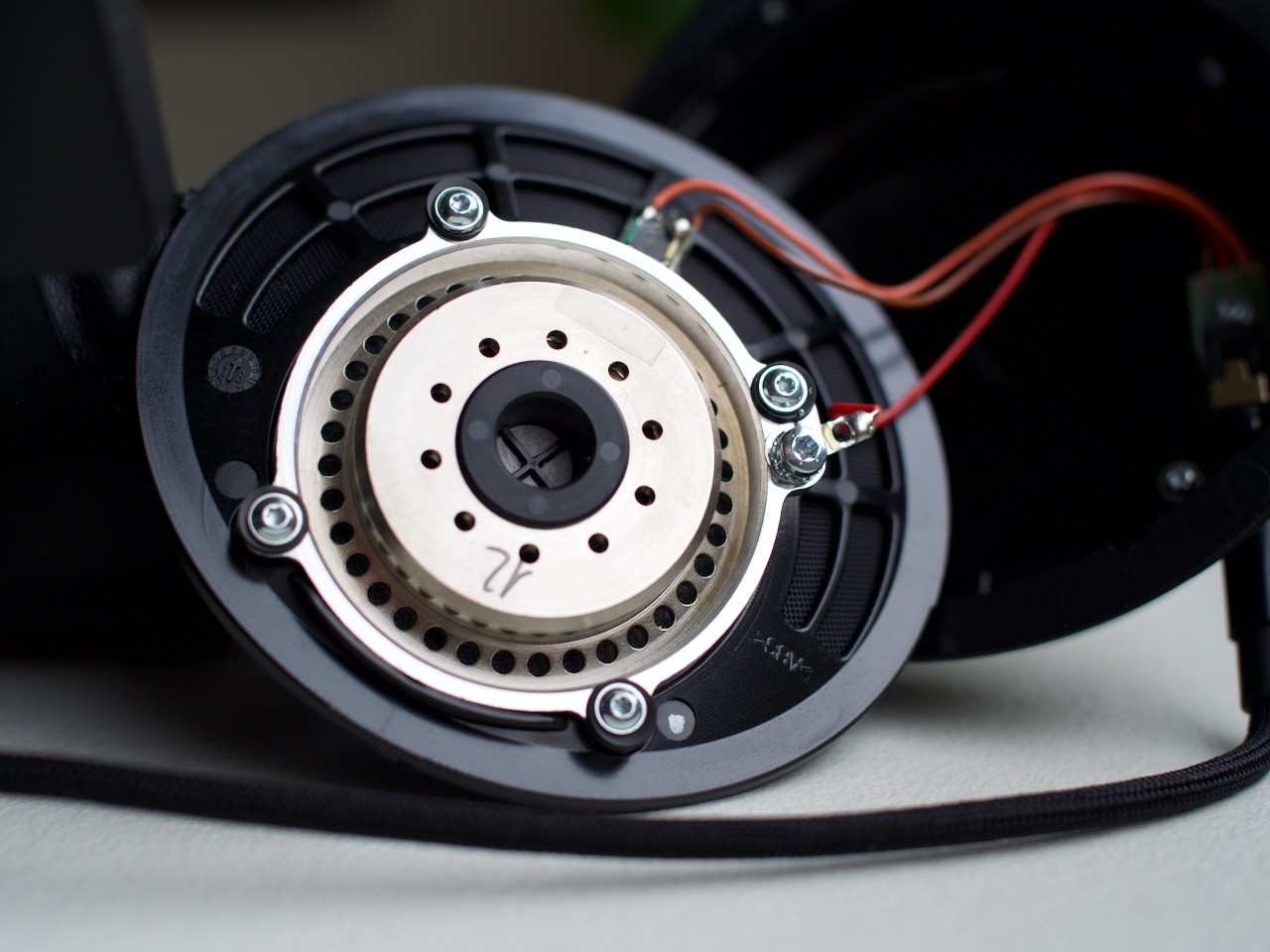 September 21st
Now, I am back with the dampening pads in their place and I can now appreciate the sound. I can now hear that they should indeed NOT be removed. Again, when adjusting to a new signature it is just important to spend enough time with new headphones - and speakers as well - before you can know how they really sound.

I am listening to “Black Rider” from the new Bob Dylan album “Rough and Rowdy Ways” and WOW his voice sounds soo good. It it presented with such clarity and detail. Also, there are some drum-hits in the background. They are so far out of the soundstage that I thought I could hear someone knocking on my front-door a couple of times. The soundstage that I hear with T5 is VERY good maybe some of the best I have heard for a closed headphone. Such an open sound and with space around the instruments. Again, I hear the T5 as being just a bit brighter than the T1.3. The bass is hitting a tiny bit harder in T1.3 than T5 but the music flows easily in both headphones. It is clear that both headphones are aiming at a more natural sound and not for the analytical mids or treble demanding listeners. 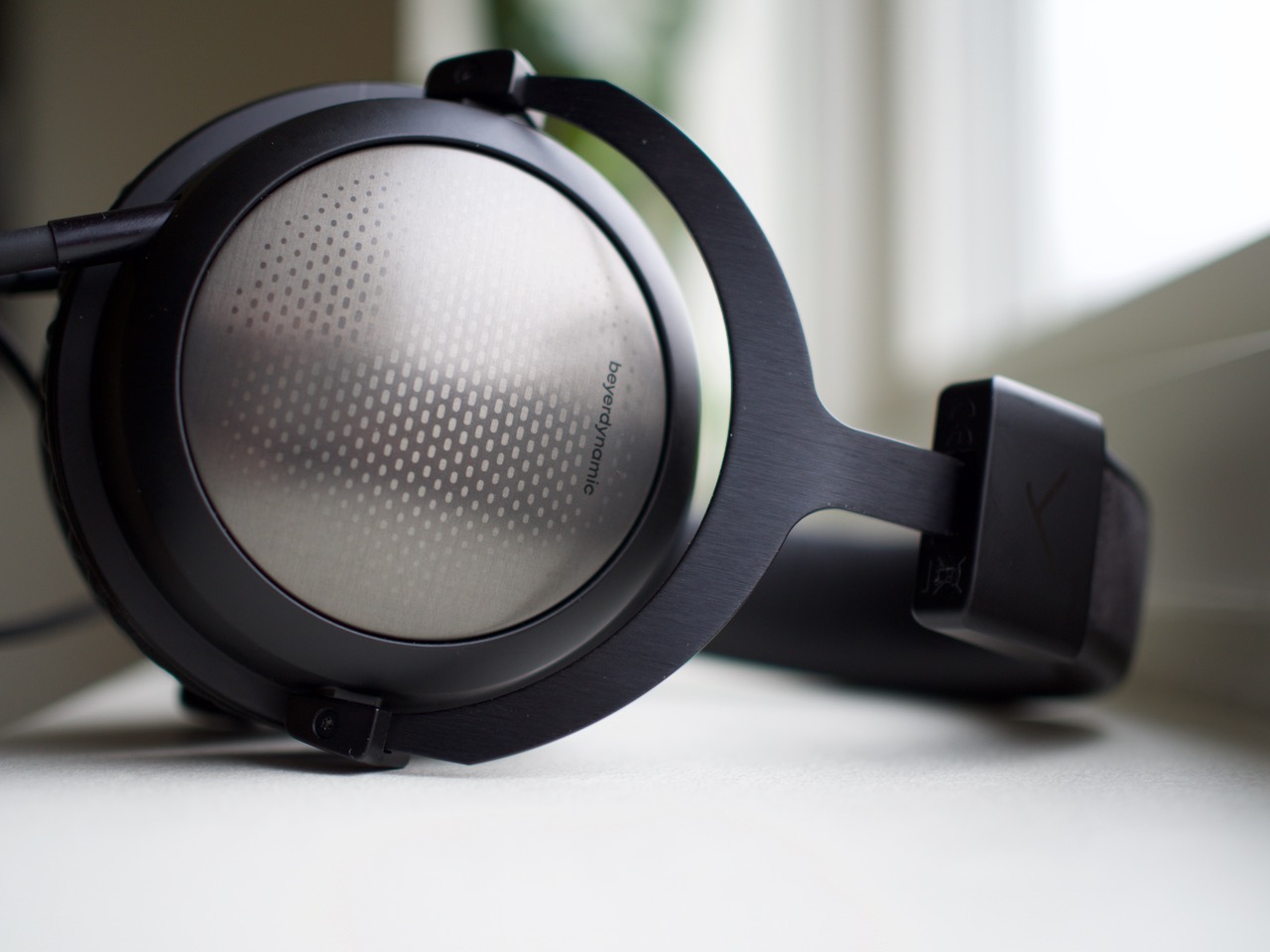 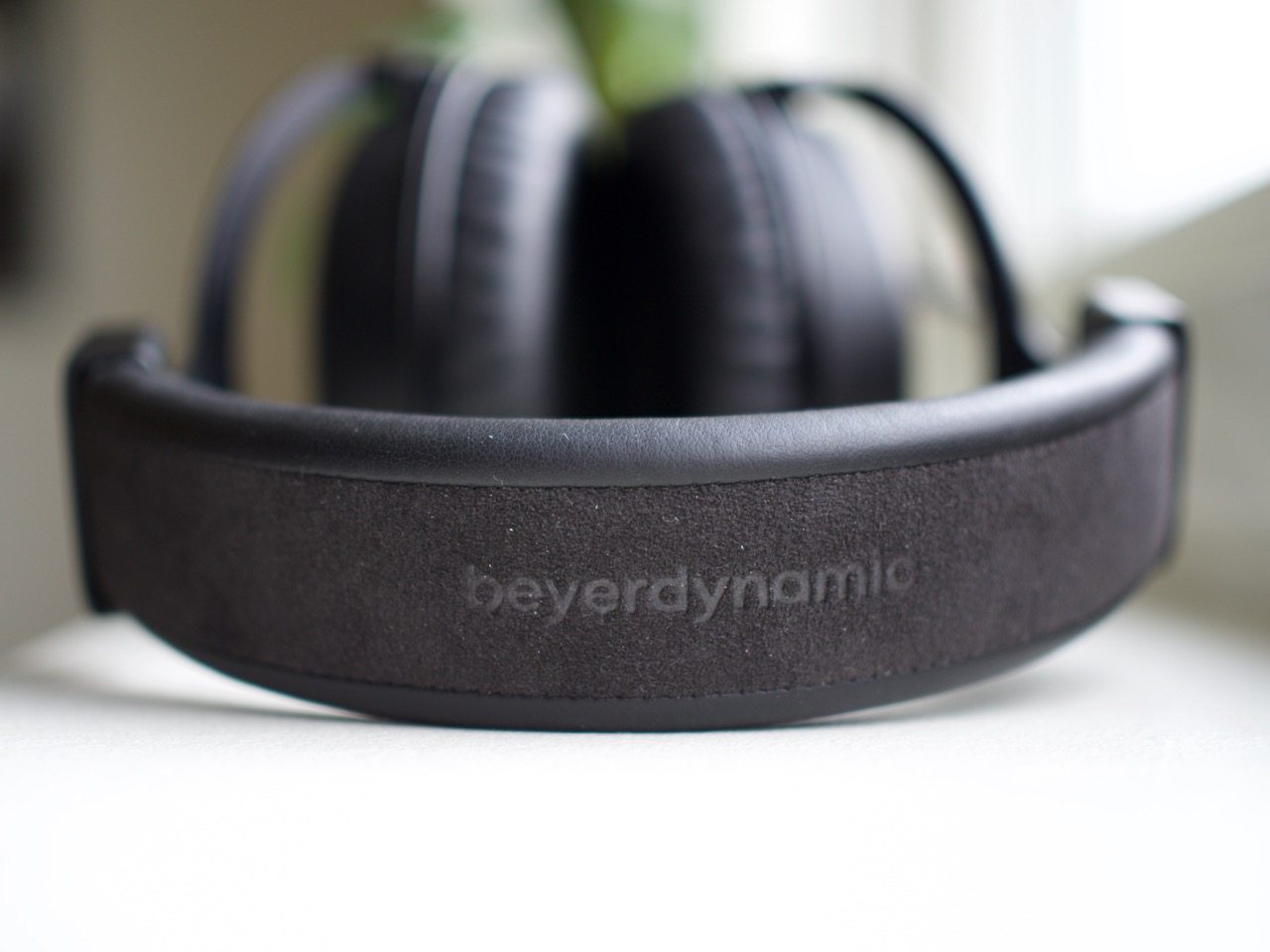 September 24th
Today I had time to do a little A/B testing with my current closed reference headphone the DT-1770 and T5. One thing I immediately hear is a big difference in how the two headphones brings voices forward. In 1770 vocals are placed in the center of the music in T5 they are placed further backwards. Bass has more impact with T5. 1770 has the brighter signature of the two but there is an ease, a relaxed way of playing the music that is really satisfying in T5. T5 has a nice slam and punch in the bass, more texture in the low end more dynamic range in all frequencies. Drums and percussion instruments are played fast and with a real tight pace. With a lot of space and more ease, yet totally controlled.

In some recordings I do tend to get a little listening fatigue from snare drums in T5, I also do sometimes hear a thin veil with T5 that is not there in 1770. On the other hand sometimes the music can be a bit flat and lifeless with 1770 when changing directly from T5. I am talking about small differences here. But that exact thing that made me buy the 1770 in the beginning, lifelike sound and naturalness of instruments, the T5 just do better.

The main difference is still a noticeable darker sound in T5, less mids and treble presence. I can appreciate both headphones and if I wasn’t sitting here changing back and forth all the time I can enjoy both headphones in each their way. They are clearly created with different purposes in mind. 1770 is a professional more analytical “tool” and the T5 is for music and listening pleasure.

There is less space inside the T5 ear-cups than DT-1770. With T5, my ears touch the cushions with 1770 my ears do not touch the cushions around the ears but barely touch the material covering the drivers. The T5-cups feel smaller on the inside. T5 is also lighter to wear with 360 gram. DT-1770 weighs 388 gram. 1770 has a bit mor clamping force and grip around the head and that make the T5 more comfortable to wear. Not a night and day difference but it is noticeable when changing between the two. 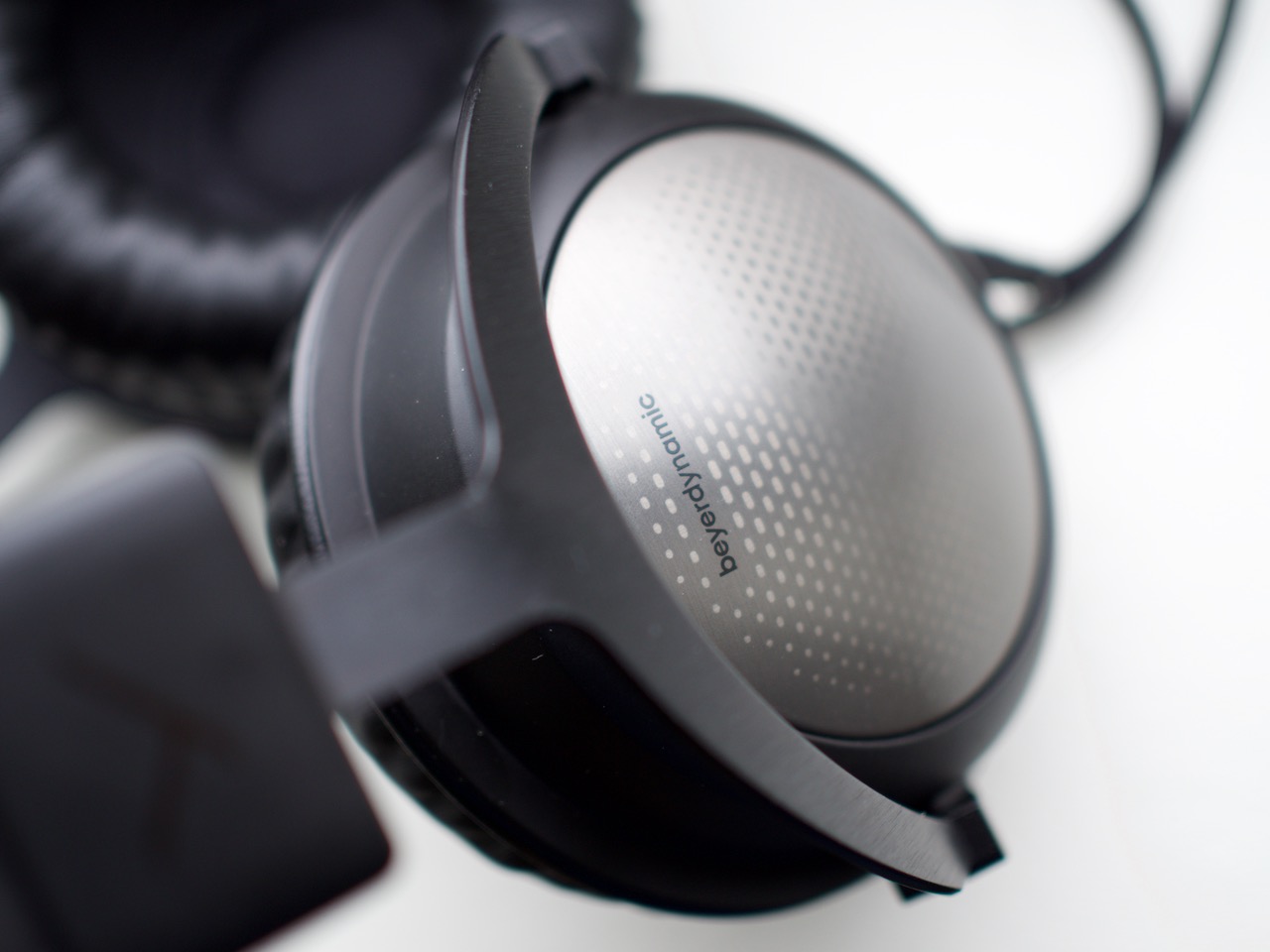 T5 will definitely be on my wishlist, but I do prefer the sound of the new T1.3 over the T5. I do not need the isolation from a closed headphone where they will be used. T1.3 has the edge in transparency and with the new 32 Ohm driver, T1 is a versatile headphone that sounds great with both my portable amplifiers and my Meier Daccord+Classic at home. If you are looking for a closed headphone with a natural way of presenting music, you will not be disappointed with the new T5.