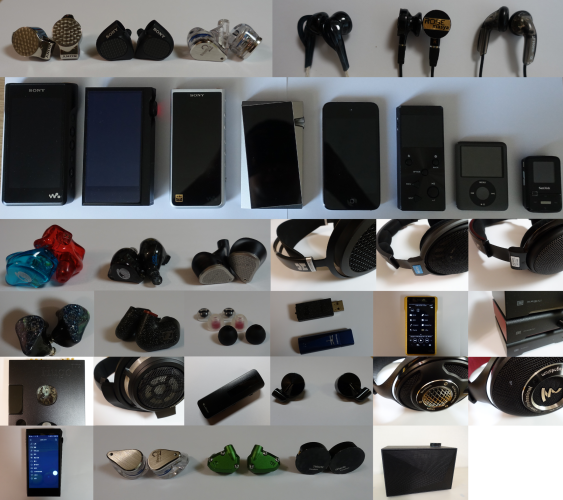 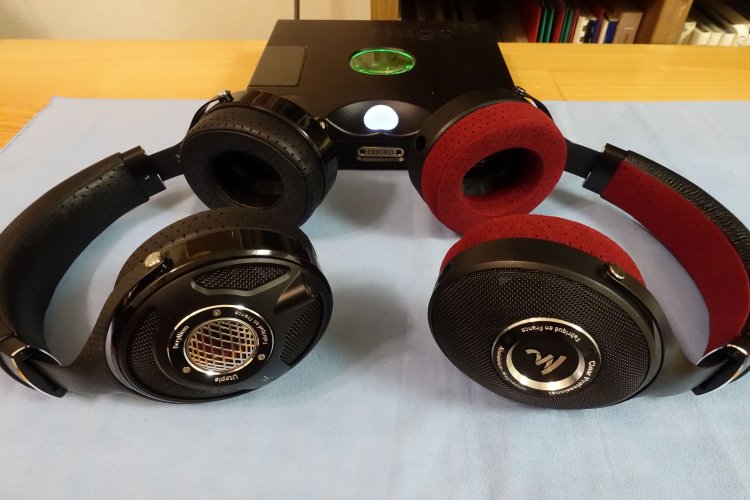 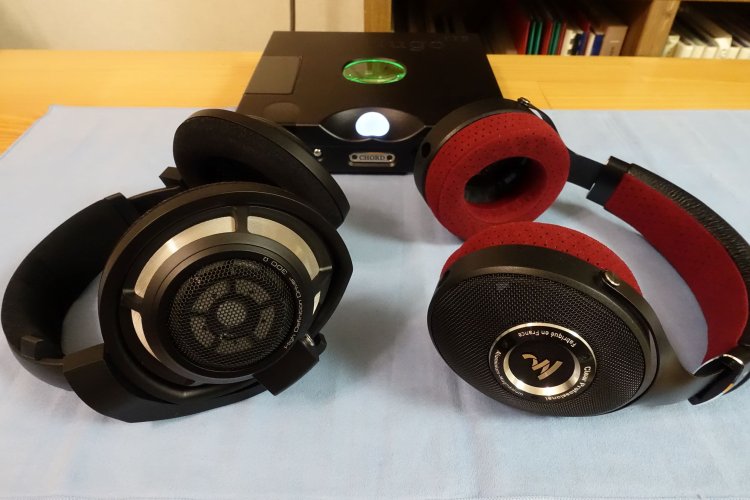 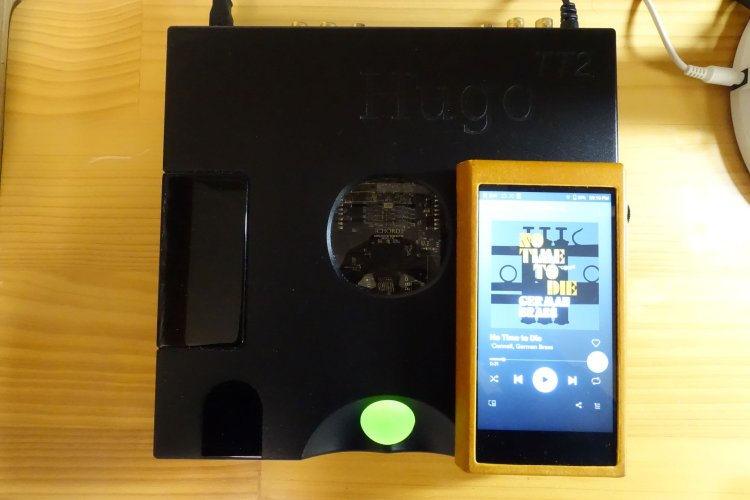 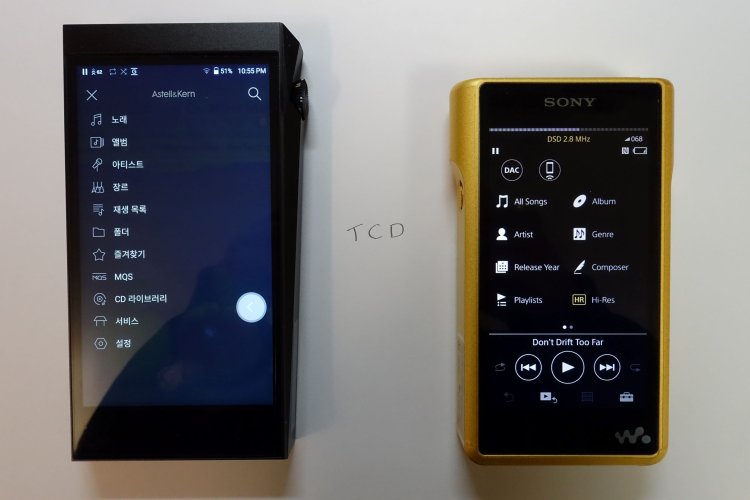 You are using an out of date browser. It may not display this or other websites correctly.
You should upgrade or use an alternative browser.
The Comparison Database (#54 acro be100 vs blessing 2 dusk) Index on first page

Considering the price difference, it’s no surprise the hd800s is better in most areas, especially when paired with a good dac/amp. I actually had both paired with the hugo tt2. I tried my magni/modi stack, but it couldn't drive the hd800s well.

The hd800s are more transparent, clearer, more natural, have lusher mids, more and better bass, a wider soundstage, is comfier, sounds fuller and more engaging, better layering, instrument separation and background detail, with great strings. It still has a little sharper treble in comparison though the S model had it toned down compared to the hd800.

The sundara has more forward mids, which do sound lean in comparison, and a little sparkle in the treble. It works better with solo vocals I think, but feels weightier and clamps harder on the head.

Fun fact: the original hd800 was the first headphone I was wowed with. It was paired with some naim and mcintosh stuff back in the day. The few other wow moments were when I heard a $100,000 speaker the size of a man with his cello (it was so good I could almost swear that it wasn’t a speaker but a person playing the cello inside), and heard the u12t for the first time.
Last edited: Nov 20, 2021

The real question is, how much better is the tt2? Or reversely put, if you are starting with a $200 stack, how much performance are you getting in comparison to a TOTL dac/preamp/amp combo?

Well, the answer depends on what you’re plugging in to it. With my hd800s, I would score it 10-4 in favor of the tt2. Basically, you shouldn’t be doing it. It’s not like iems, where you can plug in a u12t to basically anything and it will sound good. The hd800s does not sound very good with the schiit stack, and I suspect that few TOTL headphones will. On the other hand, with less demanding headphones (like the sundara) or iems (like the blessing 2), I would give it an average score of 10-7. There is a noticeable difference, but it's not as pronounced. So, in that regard, the schiit stack is pretty good value!

There are no discernable sonic differences for me, either on iems or cans when paired with a modi 3+, but maybe it's because I don't have sensitive iems.
Last edited: Nov 28, 2021

To be honest, there isn’t much of a difference between the two; at first listen, it sounds pretty similar. If I had to nitpick, the schiit stack has a slightly wider soundstage, is airier and sharper, whereas the sr25 has more forward mids and is smoother. This applies even to high impedance headphones such as the hd600, since the sr25 can drive it well.
Last edited: Nov 28, 2021

The hd600 has more bass and sub-bass, more forward mids, mids are sharper and leaner, but is overall more veiled and muffled.

I have seen some people prefer (or rank) the hd600 to the hd800s. It’s a little hard to understand, because the hd800s just sound better in most areas to me. But I think it might be down to 3 reasons. First, maybe they are using a setup that favors the hd600. For example, my magni/modi schiit stack makes the hd600 sound better because it pairs really bad with the hd800s (I am using a tt2 for this comparison). Second, the hd600, with its more forward mids and smaller soundstage makes the music more ”together,” in an iem kind of way. This may be preferable for some people and some genres of music. Lastly, maybe you’re a basshead, and the hd600 has a little more oomph, though neither of these cans should be bought for their bass. These are some of the possible reasons why one might prefer the hd600, but I just think the hd800s is superior in most metrics.
Last edited: Nov 28, 2021

The type e has more bass, is a little more spacious, has more height (and thus also better imaging), is more coherent and a little louder. The cp100 has clearer forward mids, and is more comfy.

The type e is more forward, smoother, louder, and has more bass. The crystal is more comfy, has a louder background, and feels more distant.

The wm1z has smoother treble, vocals sound a little more organic, is more coherent, background is louder and closer, can be more sibilant, and has a little more bass. The bass and smaller soundstage makes it better for pop, elec guitar, etc.

The two are pretty even, but if I had to buy one it would be the kann alpha. Sonically, it does pop and other genres better than the wm1z does classical. Moreover, the sony wm1z doesn’t really have the warm sony sound but aims for a more neutral sound, but that is better done by the a&k methinks. However, the differences in sound are not that great to be honest. Like less than 5% imo. If sound is the only thing, I suspect it comes down to a preference to vocals or instrumental, a little more smoothness or a little more sharpness.

However, what makes me totally prefer the kann alpha is the overall package. I know some people have wifi issues and app issues, but fortunately I have had neither. And yes, the UI and buttons are better on the wm1z. However, it’s much heavier, and well, the kann alpha is not exactly the lightest dap to start with. Moreover, the wm1z doesn’t have much power (it just barely drives a hd600) nor any form of streaming, but the kann alpha has streaming and a lot more power, and also a 2.5mm jack. Lastly, the msrp of the kann alpha is only around a third of the wm1z’s.

So, yes, my first foray into TOTL dap land is a little bit of a disappointment. I expected to be wowed like I was wowed with the hugo tt2. But not so. Guess it’s time to buy some other TOTL daps and see how that goes.
Last edited: Nov 30, 2021

n00b said:
surprised you took the jump to wm1z after already owning wm1a and finding it worse than ak sr25. especially since theres custom firmware that closes the gap to wm1z more. im happy with my wm1a modded because i like the UI better and 4.4mm so I'm trying to get rid of my sr25. good luck on the TOTL dap search. there are also lots on the horizon with R2R DACs if thats something youre interested in
Click to expand...

Yeah i was half expecting it not to be a big jump. But it was cheap and im asian. So i had no choice to buy ahah.
Thanks for the luck! I think both me and my pocket will need it.
Unfortunately the sr25s have been on sale because of the mk2 release so i also wish you luck in selling yours!
Last edited: Dec 1, 2021

The cobalt is airier, has a fuller treble, more height, fuller notes, closer background detail, and the mids are a little more forward.

The paw s1 is clearer but leaner, has more sub-bass, sounds more organic and natural, has a wider soundstage, and a sharper treble (which can be shouty and fatiguing at times).

Apart from the sonic differences, a few noticeable differences are: the paw s1 is cheaper (like half the price), and has 4.4mm (which requires less power actually), but is larger than the cobalt (though with dragontail it’s about the same size) and you have to use the volume controls on the paw s1 (the laptop controls don’t work when it’s plugged in, unlike the cobalt). Both can run 300ohm headphones to a good volume.

Both are from the same manufacturer, so you would expect the more expensive one to sound better. Though such is not the case sometimes (perhaps too often), luckily it is here. The sp2000t sounds fuller, smoother, with a bit more bass, wider soundstage, a little more height, better instrument separation, better background detail, more coherent, airier, better layering and imaging, and is more musical. On a technical level it may not be that much of an upgrade, but the small things add up together and the overall presentation is much better than the kann alpha; it feels like the music envelops you. Using the tube amp makes it a little less clear, but a little warmer, more analog-sounding (ofc), and gives a slightly more 3D sound.

The kann alpha is a little leaner and sharper, a bit more forward, has more power, a better volume knob, is nicer in the hand, but also heavier.
Last edited: Dec 6, 2021

Thanks! I mean it probably stems from my inability to understand (and laziness to learn) much of the lingo than anything else, but I'm glad you find it to your liking