Menu
Log in
Register
Biggermouth A1 Tube Headphone Amplifier - Reviews
Overview Reviews (2) Gallery
Pros: cheep, little, not noisy
Cons: very low quality construction, but for 40$.....
I buy this little amp for drive my grad sr60....quite good, but nothing special until.....
..until I change the valve in my other littla amp "Bravo audio" with single balance e88cc chine yube with a good tesla one glod series. Yhe sound change impressively, so I tried to change the biggermouth A1 ones too.
I bought 2  6j5P tesla for ca. 5€ and simply replace the old ones...
In the meantime I upgraded my Grado with a wonderful sr325i  and the combination is something magic. Bass are smooth and deeper the scene open and very "musical".
I can not describe the result because I' m not so clever with english especially for a review, but it's a real pleasure listen my simple mp3.
I use an Fiio x3 out and now I can really distinguish good flac track from mp3......I must replace my playlist

...
In comparison with Bravo audio the biggermouth has lover output ( has difficult with my DT880 600ohm) but with efficient headphone like grado or sennheiser there's no comparison. The sound result more clean and spacious and never fatiguing. 5€ well spent!!!
Now for next Christmas I want but a Little Dot I....
Pros: Looks good, has tubes that poke out
Cons: Buzzy due to poor power supply, soundstage can be a lot clearer 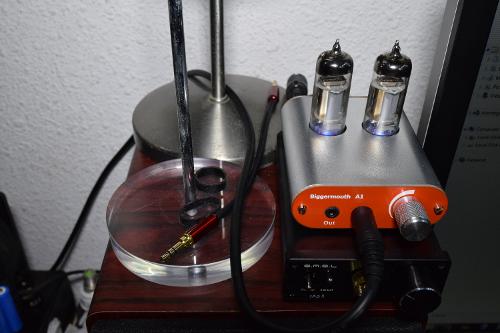 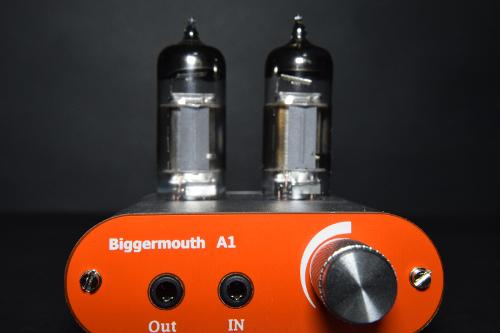 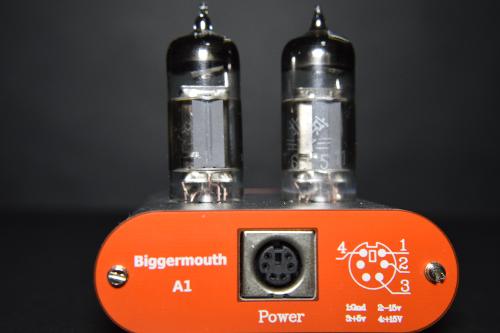 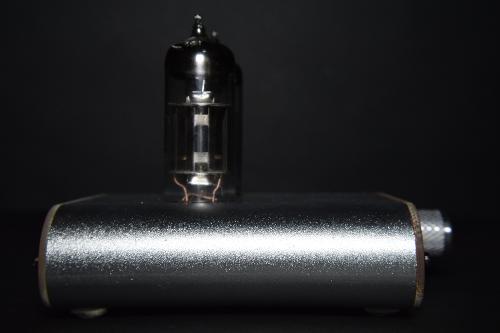 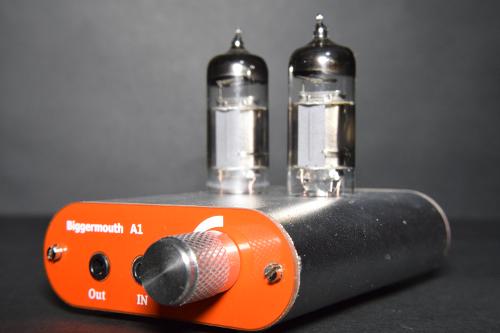 I was looking for a cheap tube headphone amp and I came across the BM A1 and it was better than I thought :

Design :
It has PCB faces for the back and front, not entirely a fan of that but it works but to see the fiberglass is really quite a turnoff so a 5/10 I suppose. Other than that it isn't blocky instead it has a oval metal chassis that resembles a NASCAR oval? Tubes stick out and thank god they do because the 6AH6s I put in there after I swapped the 6J5s out for run alarmingly warm. Blue LEDs are on the socket so they have a nice glow at night with 6AH6 tubes

Sound quality :
Hardly flat. Bass is initially loose enough that it will fit through a old creaking door... Mids are not emphasized or ruined though. Which I really hate, so thank god, it tends to make listening terrible since everything goes muddy and to pot. Of course it ain't no sApII or beyerdynamic a1 but I bought it for the tubes.
Of course being a tube amp it does distort so it's not ruler flat but it's alright. Quite sweet though the way it sounds.

After my mods, Bass is tight and treble is nicely rolled off with a tighter midrange. But it's still not as clear as the sApII but it does become a lot less buzzy.

Design of the  Electronics :
It has true -ve and +ve rail supply voltages from the power brick but what a NOISY thing it is. But, I discovered why it was so buzzy.
It was installed with 47uF crapcaps when the shop even showed 470uF caps. What?
It comes with NE5532 Opamps that does the actual current amplification. 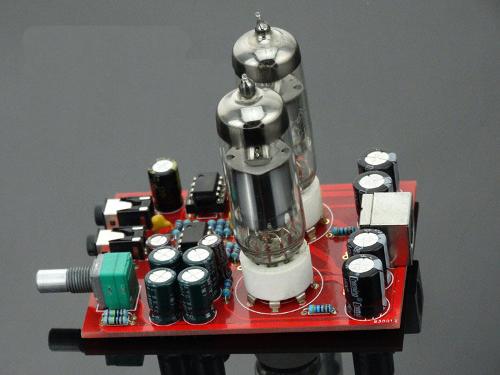 And secondly the tubes were switched for 6AH6s. I can't tell you how clear they sound but you have to hear for yourself with the mod. It had a epic tube sound yet it doesn't somehow.
The opamps also have soldered OPA1652s on them (These are better than TI's recommended OPA1642 and cheaper somehow) which sounds a big step ahead of the NE5532s.
Unfortunately a failed solder job bridging +ve to the output by accident led to my HD660 being killed and it's in place two new headphones : A well broken in HD668B and a HD662B. I am also clamoring for Takstars now. 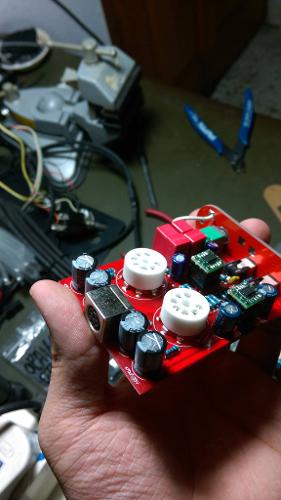 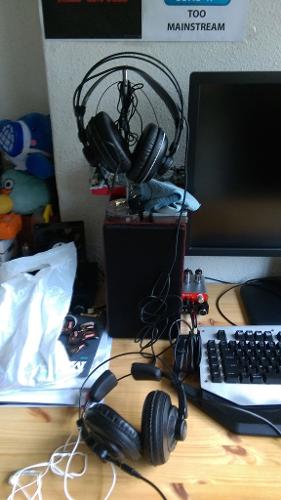 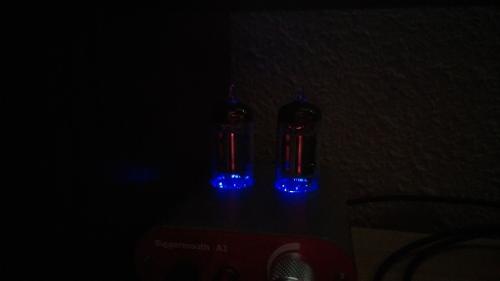 Yes, I like budget headphones that offer epic sonic qualities.

Lastly don't expect this amp to drive your cans to ear shattering volumes. It won't do that with accuracy.
I have built a Beyerdynamic A1 amp clone by hand and I will be powering up once my sacrificial earphones come.
Reactions: DjBobby