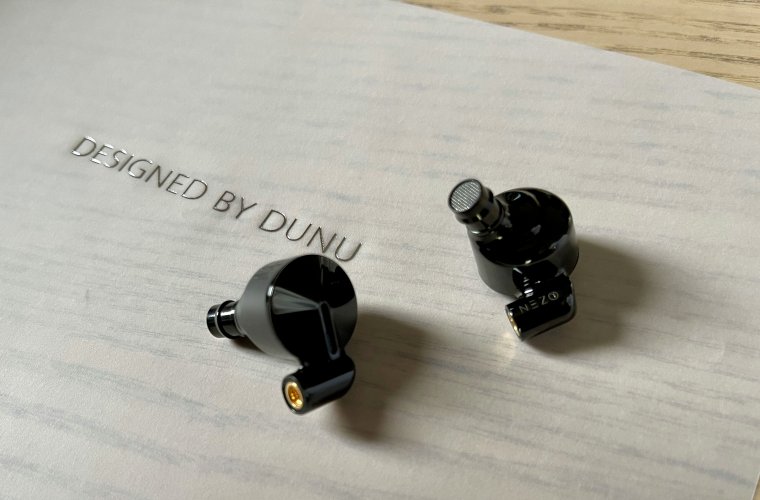 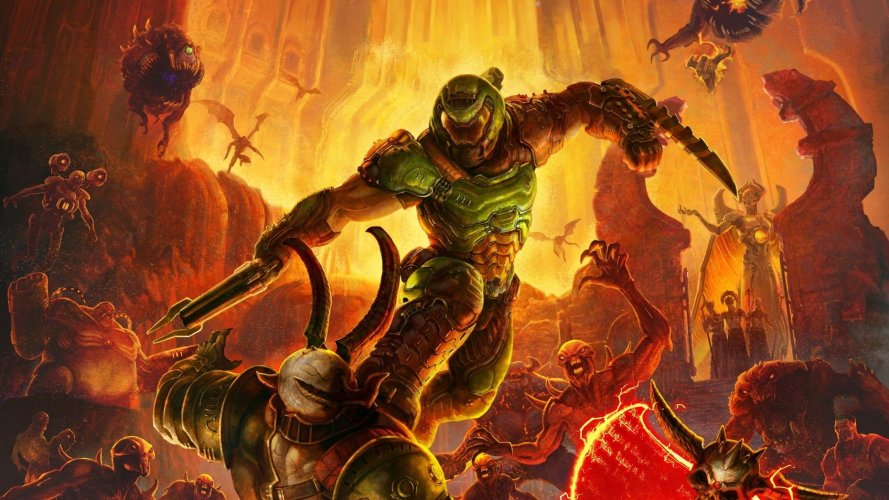 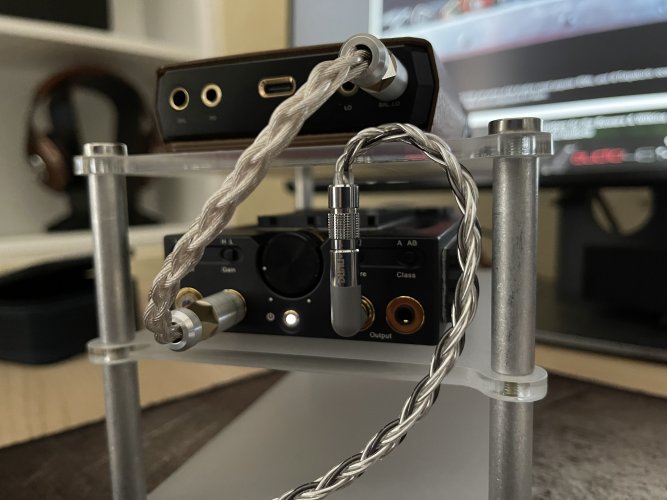 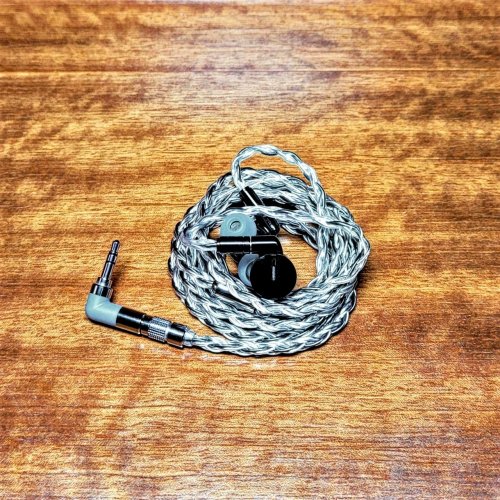 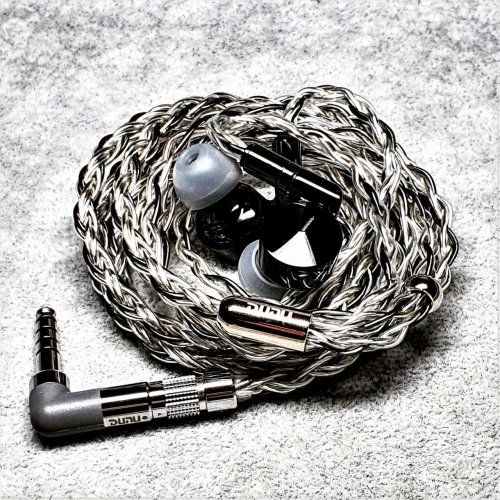 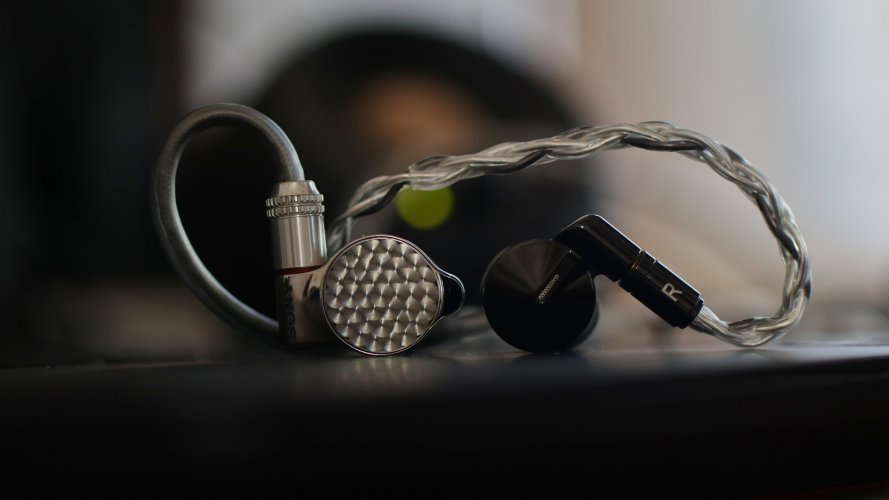 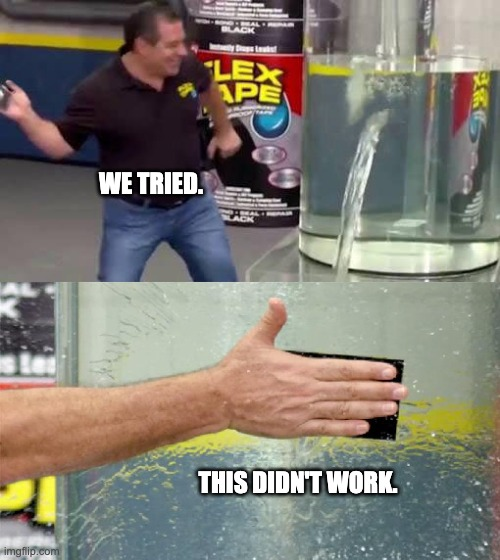 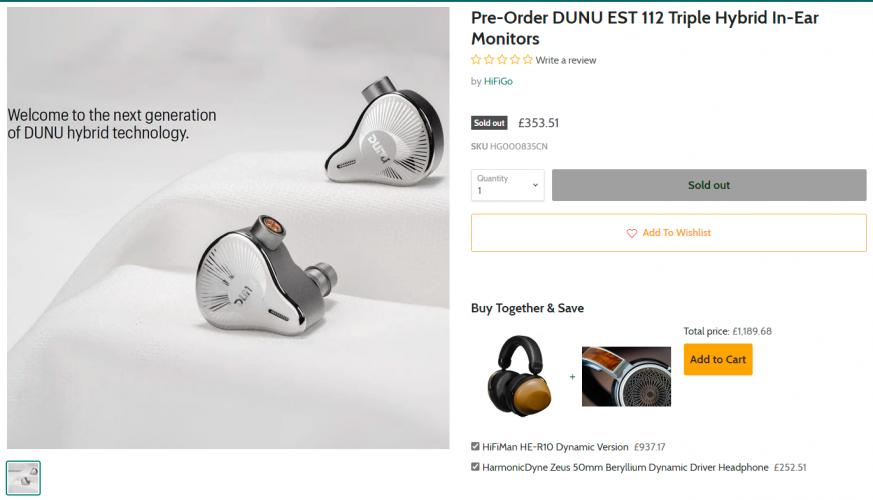 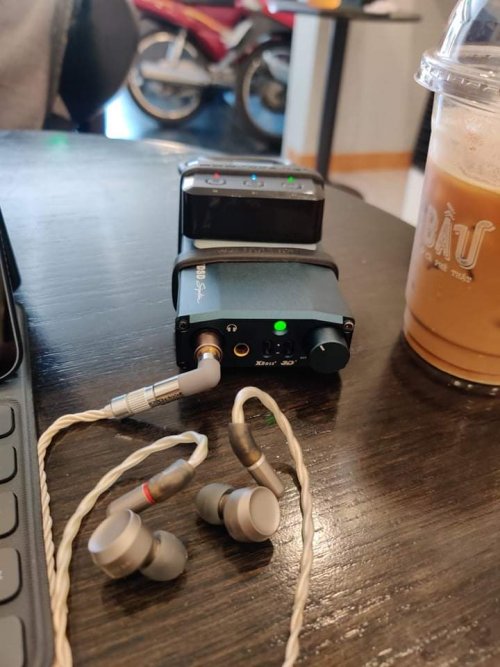 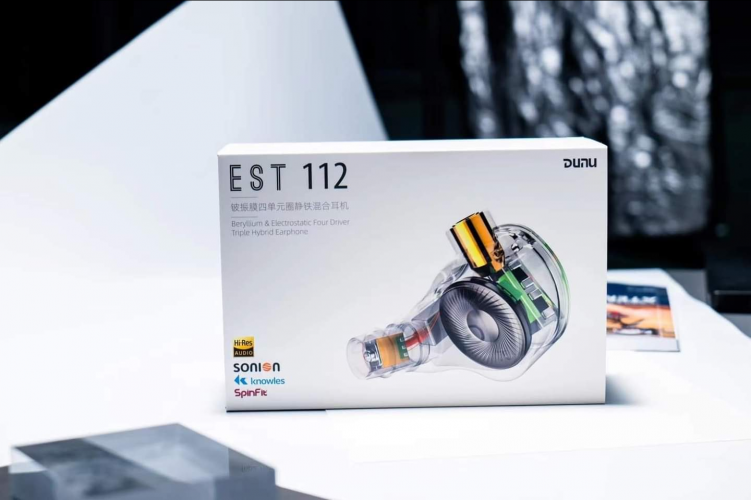 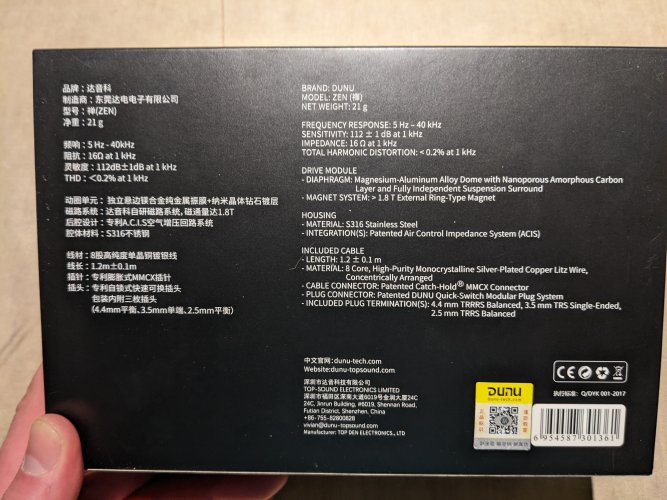 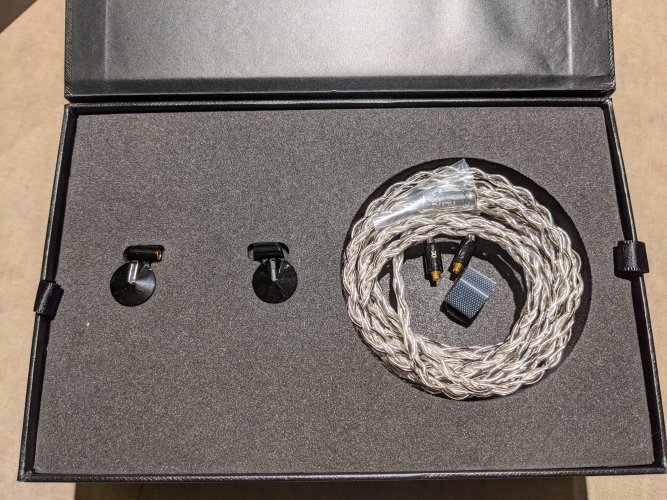 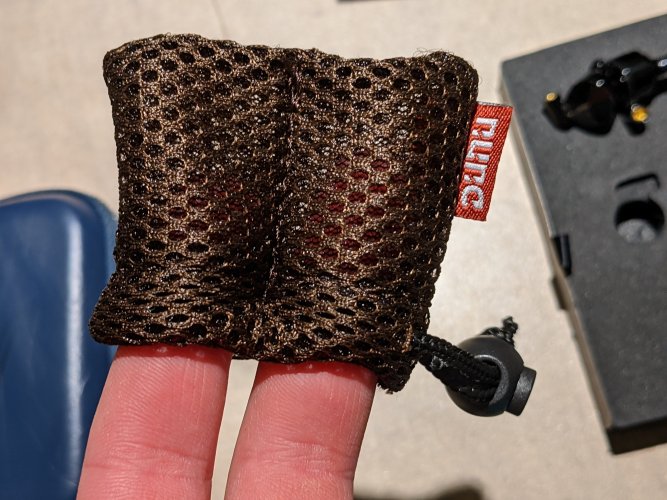 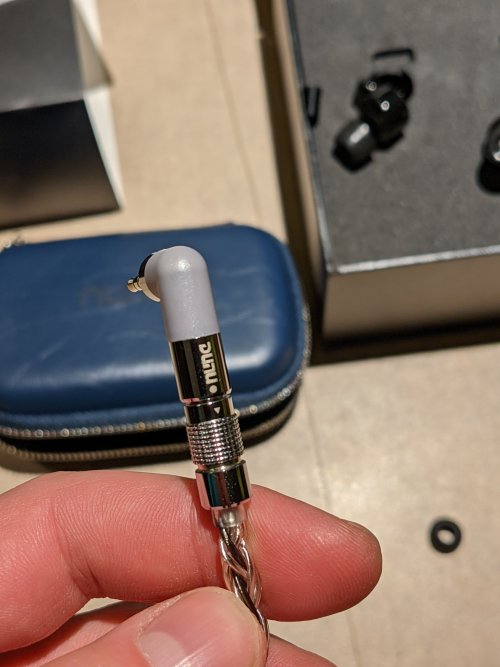 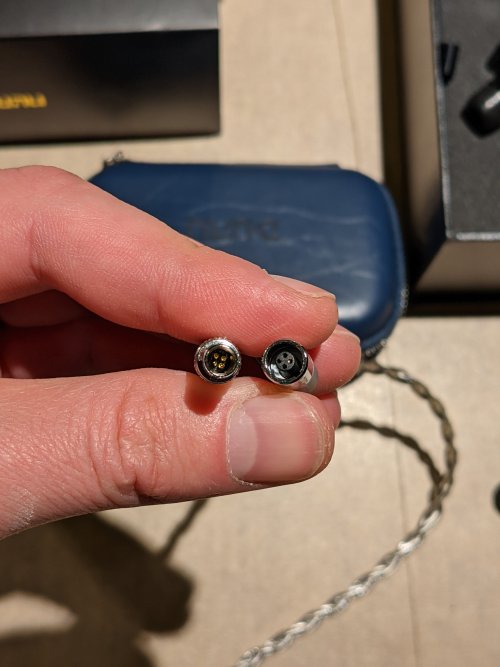 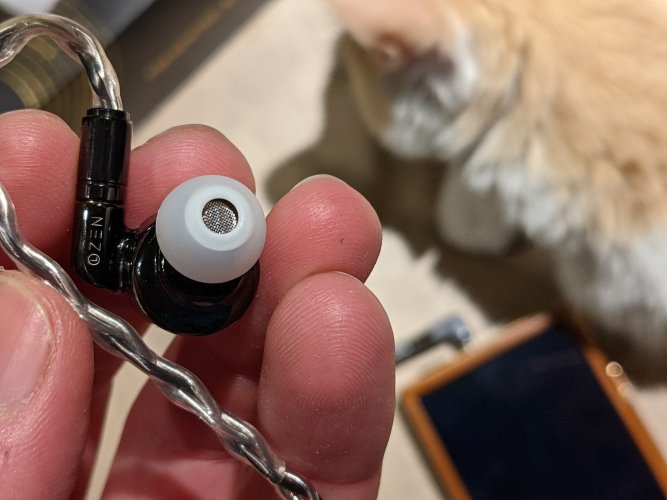 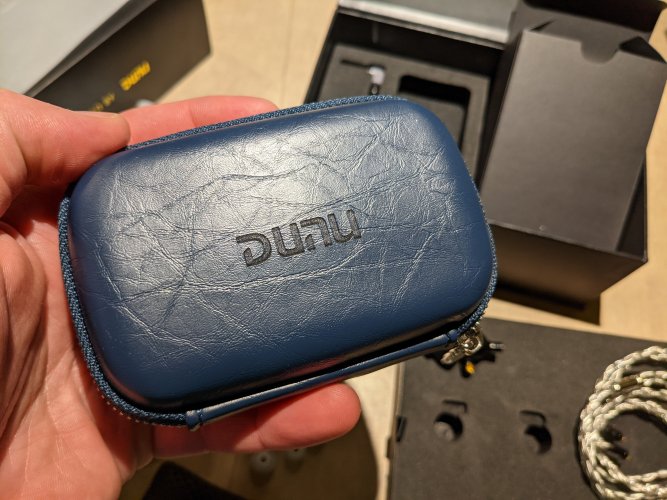 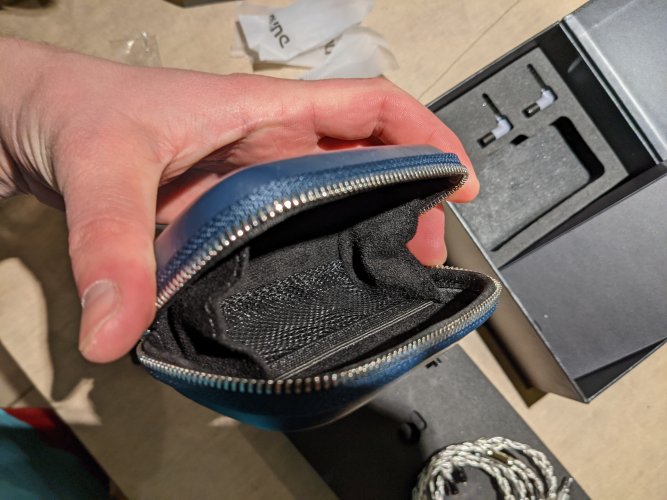 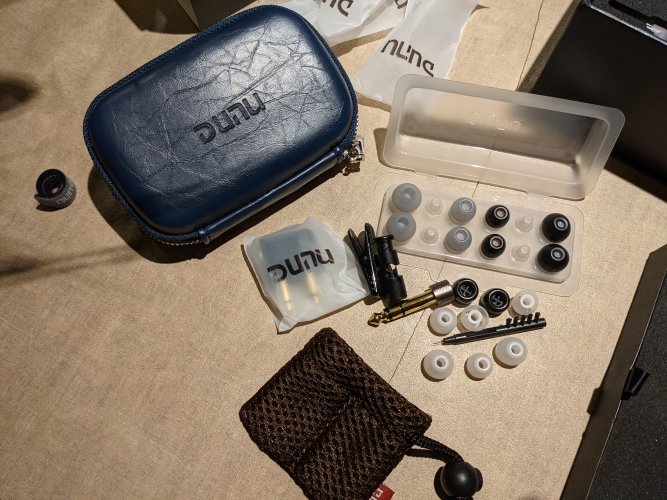 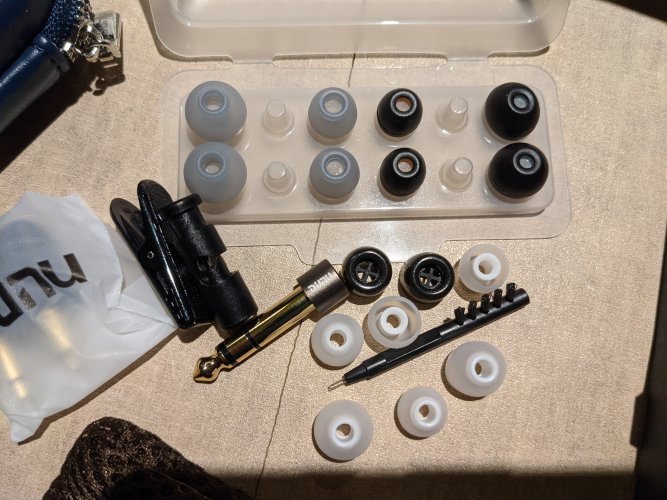 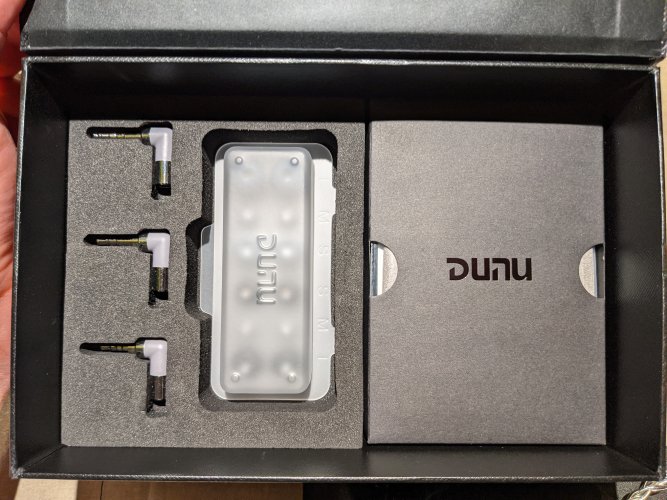 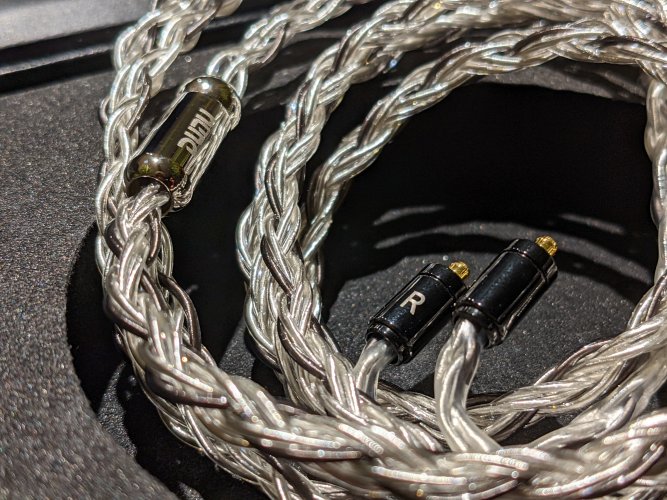 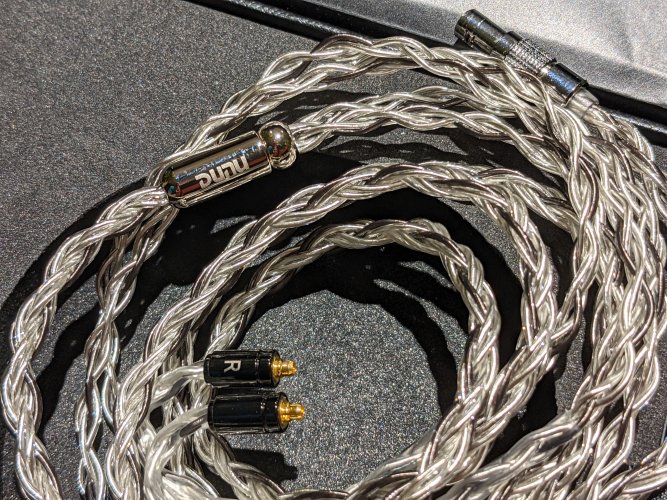 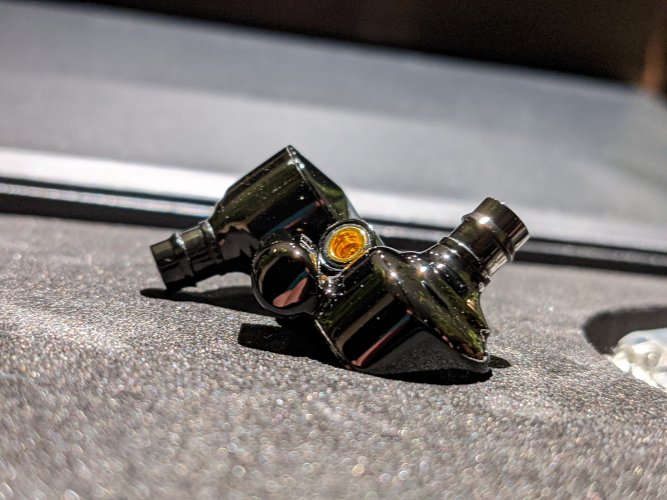 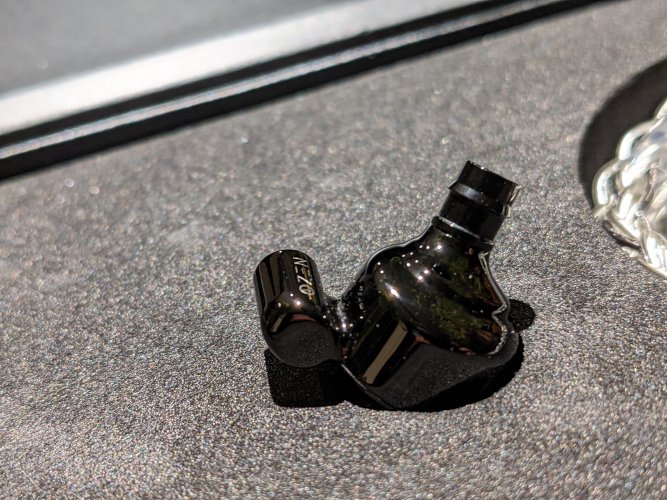 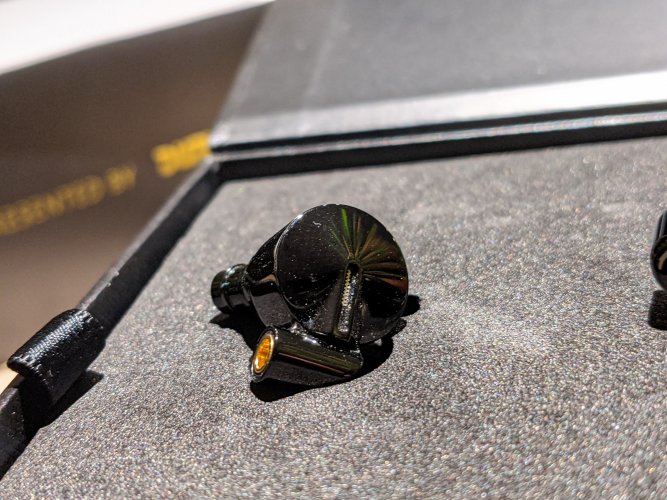 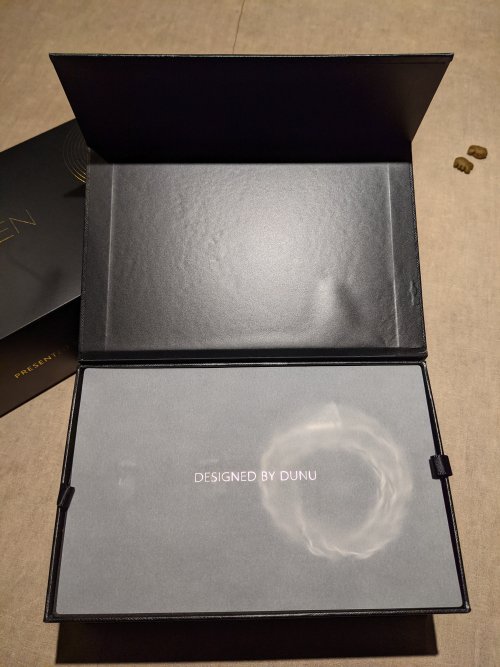 See full thread gallery...
You are using an out of date browser. It may not display this or other websites correctly.
You should upgrade or use an alternative browser.
ZEN by DUNU: our first model designed around next-generation driver platform ECLIPSƎ

I'm really interested in anecdotes about fit for these... Meaning, I hope the nozzles are sufficiently long for people like me. I have somewhat recessed ear canal openings (&/or weird ear concha), and short nozzles are an impossible fit for me. Hell, even with longer ones, I need to use size-L ear tips and get seal at the outer ear canal opening; no deep insertion for me.
FOR SALE: Signal Cable - Bi-Wire Ultra Speaker Cables

Having sold of all IEMs and only kept Luna as my daily driver, that says a lot about my love for that IEM and Dunu,I am more than excited for Zen, had an eye for some months now!

@DUNU-Topsound - Coming from Luna, how do you characterize the sound signature?(PS:I don't go by graphs )

Good jobs, Dunu's iem is the most fitted I have.
Can't wait for the tours, looking forward to joining in.

Excited about the Zen, gorgeous design! Love my SA6!
Audio In Reviews - https://www.youtube.com/channel/UCcS6DIkGHrgGI_XKAsuytSg?view_as=subscriber

Scuba Devils said:
I've been wondering what next set of IEMs I will invest in and have had my eye on the DK-4001 - this looks like a serious option now too. This is a costly addiction...
Click to expand...

Costly in regards to your wallet, blissful when you find the perfect match. Bliss wins!

Music: Alternative, Trip-Hop, and everything in between ...

Is it me or does thr ergonomic of Zen appears to better than of Zen?

I look forward to Zen.
Enjoy the music more, not the apparatus.

looking at FR graph it should be interesting. waiting for reviews.
LX + R8 = OMG

jwbrent said:
Costly in regards to your wallet, blissful when you find the perfect match. Bliss wins!

Hands down, my wife however disagrees though... "What do you need another set of earphones for?"

nishan99 said:
Kinda dissapointed for not seeing Beryllium or Beryllium coating at that price but the crazy size and sensitivity of the driver really make up for it.

Looks awesome! I like tiny IEM since! they always fit me better.
What would be the other models on this platform? any 200-300$ model?

My personal preference is a hybrid over all BA designs normally but I've started to really dig the few single DD iems I had a chance to own/try. Looking forward to see how this sounds.

It seems the general responses in the thread pertain to four different areas:
We'll respond item by item:

This is not the first version of the ZEN. We actually had a prototype of the ZEN designed based around the 17th Anniversary limited edition model's driver, which was a 13.5 mm driver with a dual-sided beryllium coating. At the time, it was the most advanced conventional driver we had, and by 'conventional', it means that it had our most advanced polymer base along with the thickest PVD beryllium coating possible. By coating on both sides, we discovered it acted much more like a pure beryllium foil diaphragm. The picture below is a clear version of the first generation prototype ZEN. You can see the large 13.5 mm diaphragm filling up the entire housing chamber. 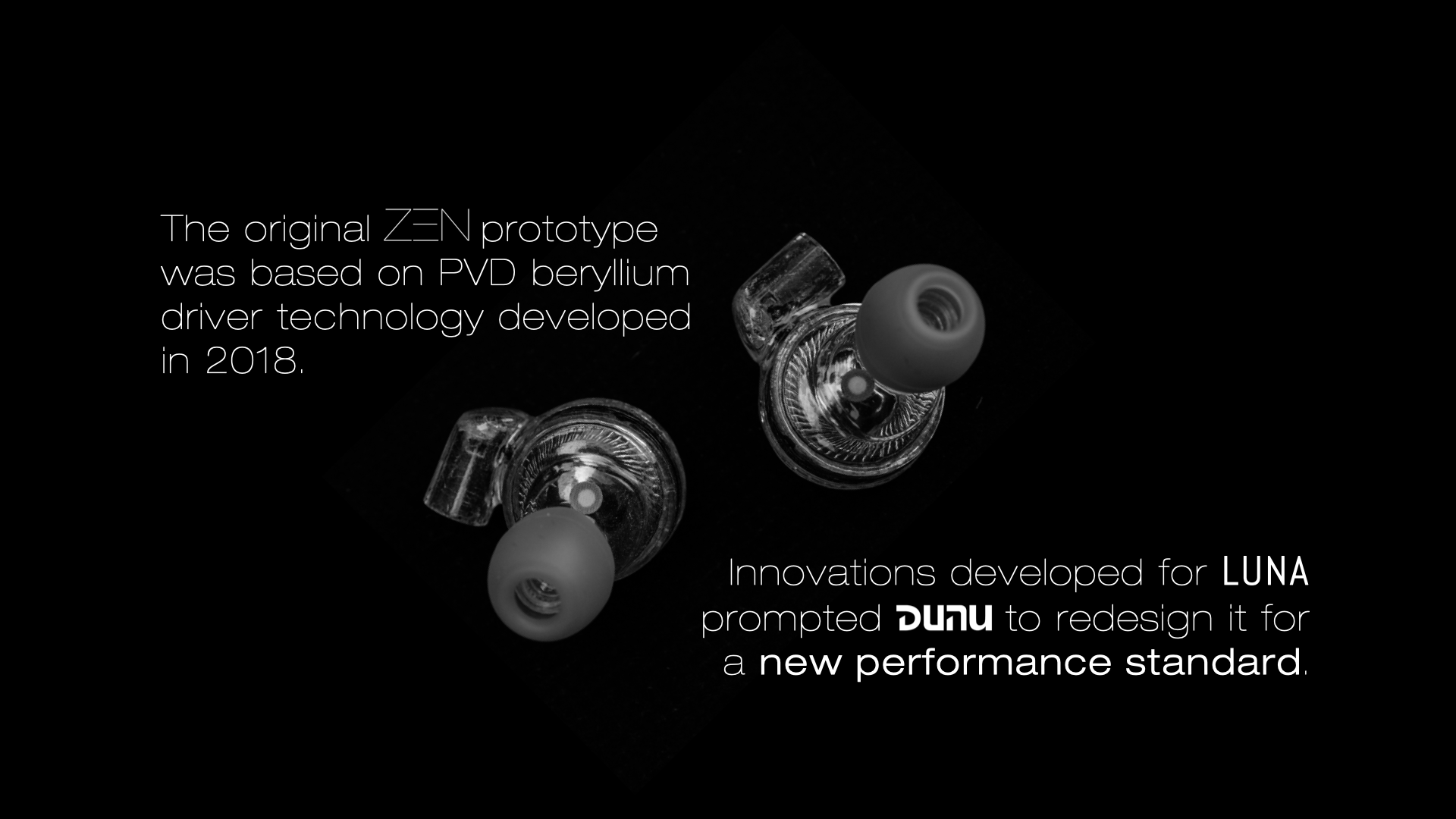 But once we figured out how to streamline production of the complex composite driver design in the LUNA, we knew we had to go back to the drawing board. The composite driver design provides better Z-axis excursion (because of the ability to use softer materials in the surround section), better distortion characteristics, and the ability to increase the total sound reproduction surface area — while everyone in the industry counts the size of the driver as the total diameter of the entire driver, the actual sound reproduction area, i.e. the dome portion, may vary with morphology.

After LUNA's release, many people let us know that while they thought LUNA was a technological marvel, it was just a bit too much coin for them to buy into. So we had to get creative about where we spent our budget. On top of all of this, it was February 2020 when we were looking at these options. COVID-19 essentially cut off our entire supply of beryllium. This is the main reason why LUNA was truncated to 500 units. We didn't have enough material for any more.

We'll freely admit, we took a page out of Focal's playbook here when we turned to Mg-Al alloy. They proved with their headphone lineup that the Clear could perform at an extremely high level at a fraction of the price of the Utopia. We thought we could do the same with ZEN. With a much smaller dome, however, any minor imperfection of the Mg-Al material is subject to amplification, and so we turned to nanoDLC to improve on its characteristics. 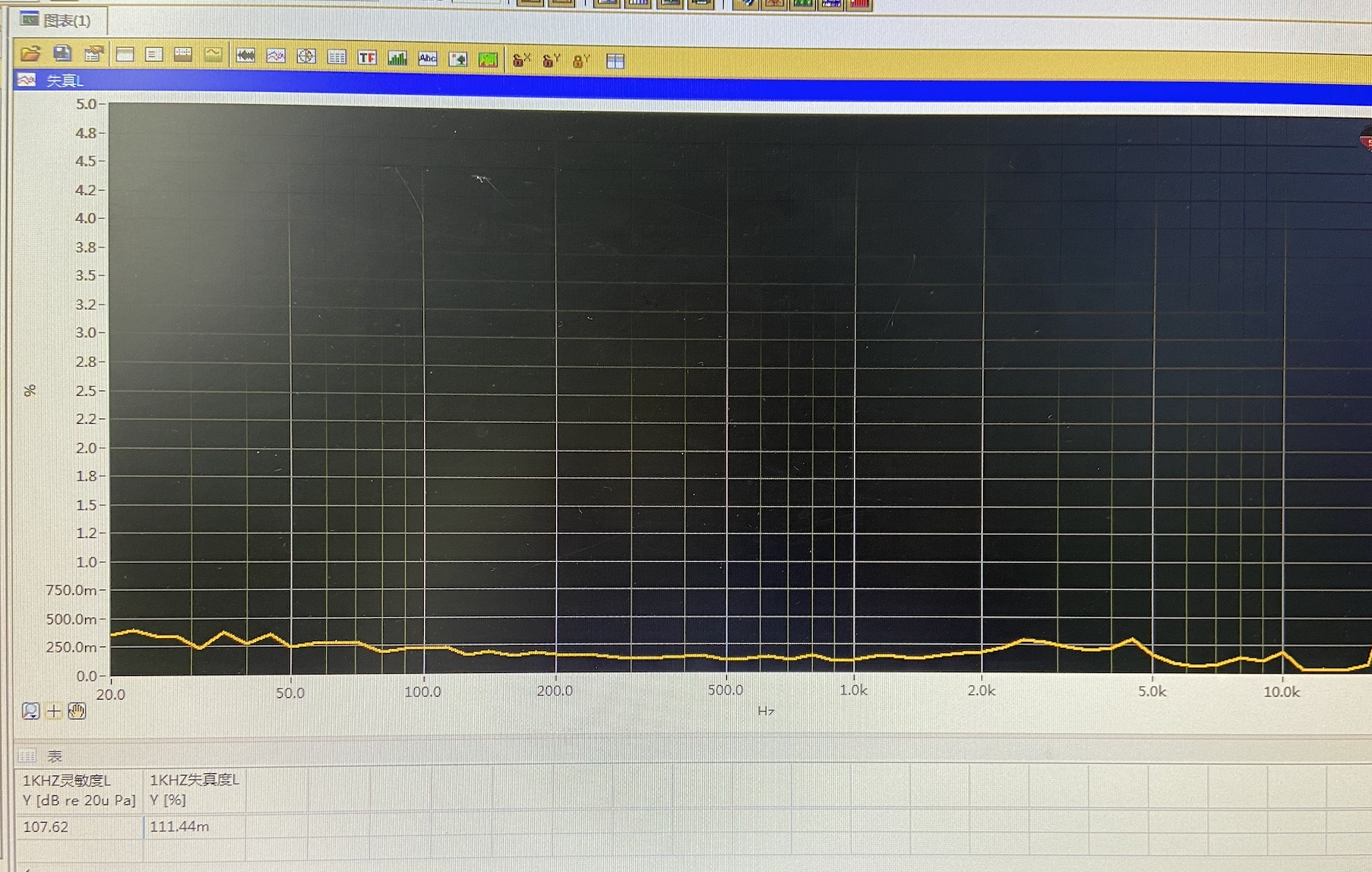 This is just a random workbench shot of the THD for the ZEN under normal, non-optimized conditions. This isn't our real benchmarking rig, and it's actually fairly noisy, so the figures obtained are not very accurate. At an SPL of 107.62 db re 20 μPa for 1 kHz, we get 0.11144% THD on this rig. Not too shabby, but it'll almost certainly get better figures with a low-noise benchmarking rig.

ECLIPSƎ will be integrated into lower end products, but we had to start somewhere!

As alluded to in the previous reply, we're constantly refining the way we streamline production for this composite driver construction technique. It was highly labor intensive with LUNA, to the point where it was bottlenecking the production speed for every else in our production line. We've improved on our workflow efficiency to the point where we can make it in quantities and at the speed suitable for ZEN. Once we can make them at a rate where we can make a truly mainstream level item, we'll be sure to offer something at that price point.

Continuing the third point, we'll be integrating ECLIPSƎ into hybrid products in the near future. We're already in the process of making an ECLIPSƎ woofer, so it won't be featured only in single DD earphones. We've got a number of ideas.

Now to address the other comments:


kmmbd said:
You don't necessarily need Tesla level of magnetic flux to get low-end impact. Final E5000 has a minuscule micro-driver and still manages superb rumble and low-end control/slam due to their passive radiator/acoustic cavity design. Housing design is very important in that regard.

That being said, the Zen seems to exceed if not match the Beyer level magnetic flux (it's rated 1.8T after all). In the end it's hard to tell how it's gonna sound without listening first. And the Luna was a wholesale upgrade over the Xelento Remote for me. If the Zen can get close to Luna level performance, it'll be interesting indeed.
Click to expand...

Totally agree with that assertion. There are a few ways that higher magnetic flux through the magnet system improves sound, but they're dependent on the mass/size of the diaphragm itself, as well as the amount of displacement. We ourselves had reservations about going with such a strong magnet system. The two earpieces actually stick together, as shown in this short clip of a very early engineering unit of the ZEN:


However, increasing the magnetic flux density merely makes it easier for us to optimize other aspects of the dome and surround.


SoundHelmet said:
yep i know some of these words


some cool sounding tech guys. highest advertised i have seen is 1.5Tesla on LCD4 and Th900. You guys should make some headphones.
Click to expand...

While it would be an interesting exercise, we currently have no plans to produce any full-sized cans. There are so many great companies doing amazing work already! Besides, we still have a bit more to give on the portable side of things.


feverfive said:
I'm really interested in anecdotes about fit for these... Meaning, I hope the nozzles are sufficiently long for people like me. I have somewhat recessed ear canal openings (&/or weird ear concha), and short nozzles are an impossible fit for me. Hell, even with longer ones, I need to use size-L ear tips and get seal at the outer ear canal opening; no deep insertion for me.
Click to expand...

For all service/repair requests: http://www.dunu-topsound.com/support
You must log in or register to reply here.