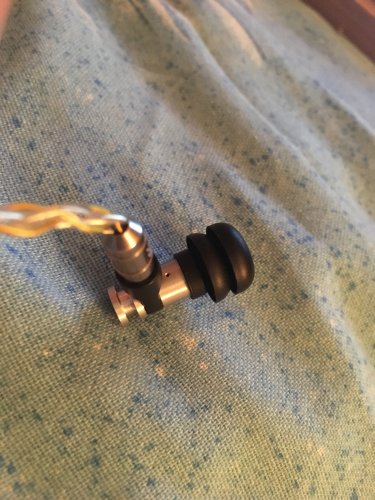 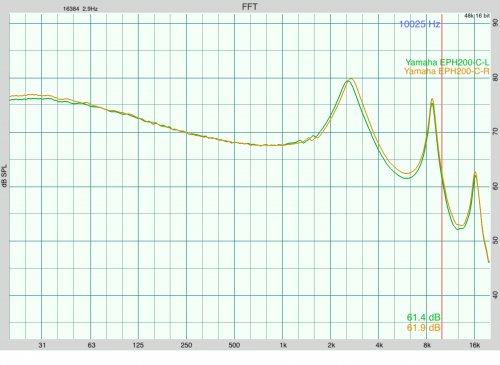 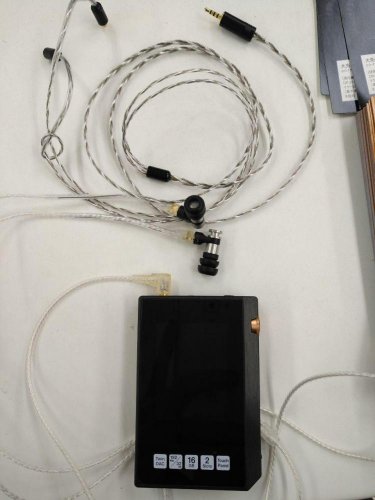 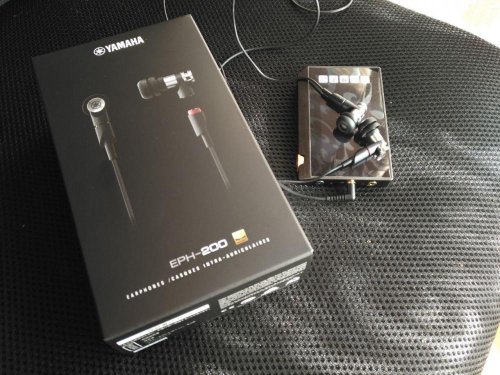 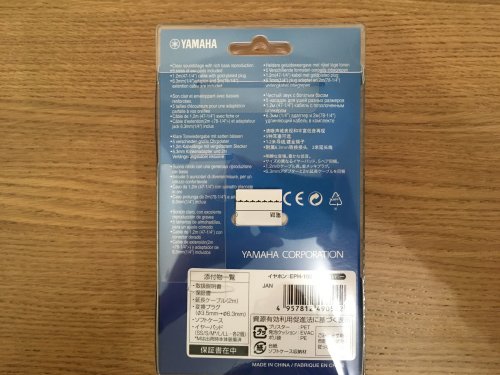 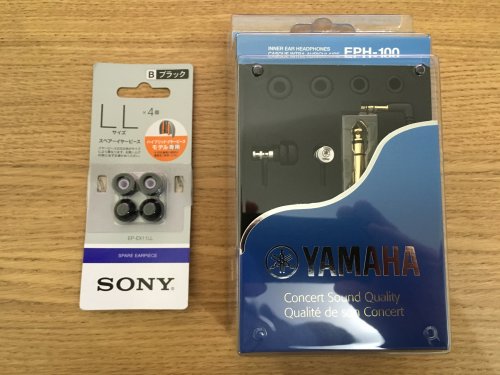 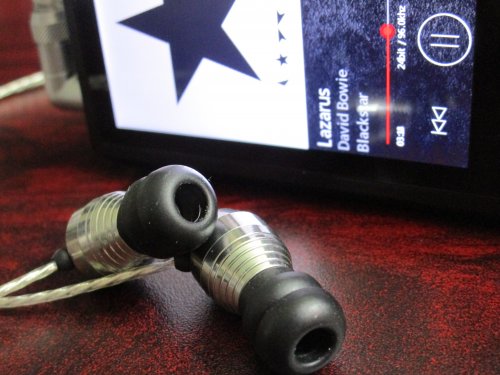 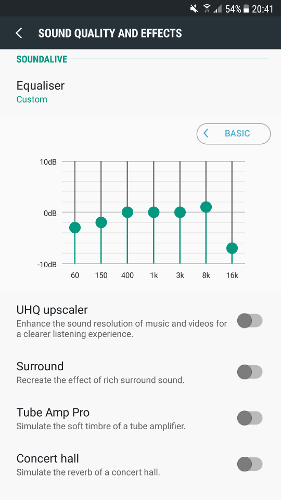 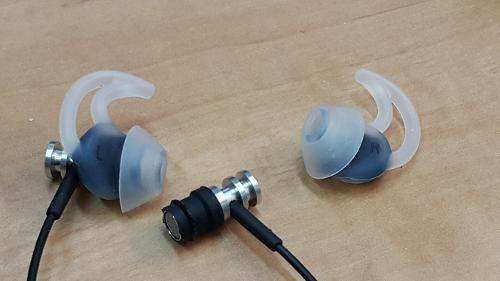 You are using an out of date browser. It may not display this or other websites correctly.
You should upgrade or use an alternative browser.
Yamaha EPH-100

james444 said:
On another note, if any of you EPH-100 owners happen to have a Cowon, please try the "BBE Viva" setting with your Yamahas. I rarely EQ my IEMs unless it's necessary (*cough* IE8 *cough*

, but BBE Viva sounds really nice with the EPH-100. It's essentially a v-shaped setting and you'll loose a little bit of midrange presence and smoothness, but gain better soundstage, bass peak shifts toward deep bass and treble clears up nicely.
Click to expand...

Nice finding, sounds really nice with classical and any music in need of a large soundstage, but I still prefer to retain the solid mids for progressive and metal (forward drums/guitar, yumi!) so I let the EQ relatively flat for those (just a little touch up in the treble since I'm still used to the FX700).

I always agree to disagree, because these are DISCUSSION forums!

Has anyone tried the Monster Miles Davis Trumpet ?  The design of the housing looks somewhat similar with the long protruded housing body that goes deeper into your ear, also the metallic mesh grille (or w/e its called) is alost identical. My friend has a pair and I immediately noticed the similarities but did not get a chance to try them out.

Can't say i have, but i had a nose through the reviews a while back, and can easily imagine the yamahas being better.

Folks, give this song a try, sounds incredible with those phones.

huxley said:
Just fired up my S9. Not bad, bit light on punch but it has good detail, useful for anything vocal or classical.

I have a better manual eq set, might be some sibilance but soundstage and punch is much better.

Bbe 3
Mach bass off
3d surround off
Mp enhance on

Too extreme for my taste, I tend to be rather conservative with EQing. Plus, the Yamahas have already enough bass punch on flat EQ imo, I really don't need any more than from BBE Viva.

Well it's worth a try, i certainly enjoy it not one for long listening periods mind.

I prefer my fuze joined at the hip to my P4, very warm and laid back it's a joy to listen to.

I'm interested in these. Does anyone have the Vsonic Gr07s that they can compare them to?

And I've heard these isolate well, but how well? As well as a BA IEM?

xii dm iix said:
And I've heard these isolate well, but how well? As well as a BA IEM?
Click to expand...


As well as UM3X or SE420 for example in my case, thanks to the close design and relatively deep insertion.
Much more more than FX700 or IE8 of course.

But as usual, different ears = different fit/seal. I have trouble achieving perfect seal with Westones for example (even with triple flange, other tips don't work at all), while I have it easy with Shures (with foam tips).
With the EPH-100 small cylinder design, it is WAY easier to achieve a good seal because you can turn them as you want.
I always agree to disagree, because these are DISCUSSION forums!

Tienbasse put on 100 hours burn-in before doing his second testing of the EPH100 & seeing a noticeable improvement. From Mehh to wowww.

How many hours did rest of owners put in before seeing improvements - if any ? What point did improvement level off ?

k1n0n3 said:
Has anyone tried the Monster Miles Davis Trumpet ?  The design of the housing looks somewhat similar with the long protruded housing body that goes deeper into your ear, also the metallic mesh grille (or w/e its called) is alost identical. My friend has a pair and I immediately noticed the similarities but did not get a chance to try them out.
Click to expand...

Ok, so I got my hands on them for an additional 15 minutes the other day. Below are some pics. The similarities are too close to be a coincidence, so either one stole from the other, or the design r&d was performed by an outside source and sold ?

The brief listening session revealed that the Monsters are indeed good sounding, a bit more high end, more bass (mid bass), mids felt a bit recessed compared to the yamms. The EPH-100 had better instument separation and imagining, then again the Trumpets had the supertips and the yamms the doubleflanges, did not have time to swap around. Looks like these supertips are special made for the Trumpets, as they are bit longer and will definitely fit the EPH (but didn not have stock "assortment" pack of supertips on me, so don't take my word for it). Also tried out the T and TS-400 complys on the Trumpets, and was able to squeeze them on, but because the inside was so streched out, they would no longer expand and lost all of the memory foam capabilities. I believe the 500's would fit, I will order a pack and will provide feedback. Again, not sure if is because of the tips but the monster's isolation is ridiculous, as in you cant hear crap with them in your ears and nothing playing, and unlike the yamaha the vents are in the back as can been seen from the pics.
So in conclusion, the monsters do sound pretty good, but not $300 good, however, if they were $200, I would consider them over the EPH because they are (IMO) gorgeous and construction/finish is top notch. My only complaint is the flat wire, as that may prove problematic wearing over the ear instead of down, but that is a personal comfort preference, and the monster's flat wire has absolutely no microphonics. Technically that design was first made by JVC but it has become a sort of norm now for microdrivers. They look different enough that I don't think one got a design idea from the other.
=Currently Using=
Powerbeats 3 / **** 4in1 / LG Quadbeat 3 / NAD HP50 / ATH-M50X
Source: IPhone 6 Plus

Thanks for the info. Do you know which JVCs had the design, and if they were any good. I'm a fan of JVC, had the fx500s but lost them a while back

The design is the top mounting driver, placed right at the very tip with a firm metal shell surrounding it. FXC50 was the first to use this. The FXC50 doesn't seem competent, but the FXC51 and 71 have their fans.
=Currently Using=
Powerbeats 3 / **** 4in1 / LG Quadbeat 3 / NAD HP50 / ATH-M50X
Source: IPhone 6 Plus

Since then **** happened, and now i have too much to list!

Got them on the burn !

Initial impressions - Build quality is very good,  separation is amazing, bass is BIG & isolation is perfect for me with standard tips.

Proper impressions after at least 50 hours