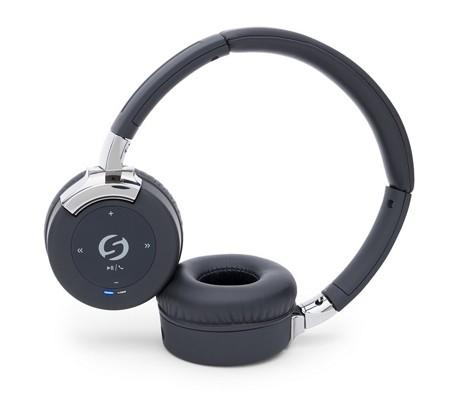 See full thread gallery...
You are using an out of date browser. It may not display this or other websites correctly.
You should upgrade or use an alternative browser.
XTZ Headphone Divine DISCUSSION THREAD

swanhnster7 said:
Looks beautiful! Out of stock for at least 2 monhts according to XTZ

guess i'll settle for Jabra or Bose?
Click to expand...


I realize that was an old comment, but in case you haven't been following up, I just contacted XTZ and they say the headphones will be back in stock in 2 - 3 weeks.

**Forgive me if this has been posted already**


These do not get as great reviews, but look exactly like the XTZ.

Weird because Samson shares OEM with a few other brands. BTW, these are currently on sale for $30:  http://www.samash.com/Samson-rte-2---bluetooth-stereo-headphones-srte2xxxx-p

They were discussed during the Kickstarter project
https://www.kickstarter.com/projects/1173793437/worlds-first-dsp-enabled-wireless-headphone/comments

We were working closely with this Chinese factory to finalize our headphones which was based on one of their own designs. We’re a small company and didn’t have enough money to buy all the rights and tooling for these headphones. Just the tooling is about $150 000. We didn’t think it would become a problem as we had a very good relationship but we later learned that the factory couldn’t wait to make more money, so they sold their reference design (without our improvements) to this other company. We know this makes us look like fools and it destroys the way we planned to market our product including price strategy.
Click to expand...

Jeebus thats horrible.
I'm not understanding the "upside" though, are the $30 headphones the same as the XTZ divines??

The DSP functionality is not in the clone phones.

springbay said:
They were discussed during the Kickstarter project...
Click to expand...

Good info.  Thank you for posting that up.

For some reason all my subscriptions were set to "site only" so I missed all these replies.
Better so, I was and am under stress preparing the ultimate comparison (it's around 120 HPs already, I want it done NOW and I will never again do something like this till I am retired old and rich and all my time is free time).

I wanted to give these Info in the Comparison, because those Samson I had found them too and I got them.
I have also had (from my mobile phone, international call, I cried when the bill arrived) a long conversation with the Marketing Manager at Samson, Ira Cary Blanco.
I have also asked Olle, founder and owner of XTZ, but he is having health issues and is overwhelmed by his job and wanted to investigate the matter better with the Chinese Factory before commenting.

The informations I could collect are that supposedly both Companies collaborate with the same Chinese Factory. The external design belongs to that Factory and neither Samson nor XTZ paid for the exclusive. But the internal components, circuits and drivers are different and are fruit of a collaboration between the Factory and the engineers of each Company.
It is not clear which of the two Companies started the R&D first, Olle was as said under high stress and was so in bad mood for this (seemed unaware of what his worker wrote on the XTZ forum, seemed like he completely ignored the existence of these Samson and was shocked). I could not insist specially given his health issues.
Ira told me something about 2014 as release date but I find in Internet that the RTE2 were released around April 2015. I asked him again and he never answered.
They were also supposed to send me a test unit (the one I have does not come from them and I must give it back soon) but they didn't nor they answer now when I ask about it. Which is not the most transparent attitude but they may be just busy. I will update here in the future what they finally did and said.

The Samson do not cost 30 anyway. But if you find them for 30 you should buy them. They cannot beat the XTZ with Dirac (few BT headphones in the world can, and I would not even be sure they "beat" the Divine+Dirac, I would say they offer a different sound on the same level of quality), but for 30 I would buy them and keep them as all around pair which I may use from time to time.

The reason while the sound is relatively similar may be that the design was a collaboration with the same Factory and some aspects of the internal components may be similar, and that the external body and cups influence the sound too.
Anyway, the Dirac filters are made from a XTZ unit and work only with the sound of the XTZ Headphone Divine. And we all know that no matter how good the Divine sound without Dirac, we buy them for how they sound with Dirac, period. That is the extra which makes them out of reach and put them on a level together with the biggest monsters on the market.
And I confirm this now that I have testes almost ALL BT HPs on the Market in the last two months. The Divine with Dirac are just ON TOP, one of the best 10 in the world, period.
So, for me there is no comparison between RTE2 and Divine.
But if you are not interested in Dirac, it is another story. But in that case your panorama of choices has no reason to be reduced to Divine or RTE2. There is a whole world of options there.
"I couldn't care less what Sade thinks of my EQ settings" (me)
"A real audiophile enjoys music, not waveforms" (Steven Plaskin)

Has anyone had a problem returning the XTZ Divine? I decided they were not right for me, I emailed them for a return authorization, they wrote back with suggestions to address my issues, I wrote back twice to let them know that I'd still like to return them, and I haven't heard back.

I bought these Earphones as part of the Kickstarter campaign, and stopped using them sometime in may, since my venture into chifi earbuds and iems had to happen, since I have a screaming baby at home, and I love the seal of iems now

BUT... here I am... just installed Dirac on my pc and listening to Spotify with these bad boys again... OH MY GOD....! They're gooooood.

I think it would be awesome if someone could supply us with the eq settings for APO equalizer (it's a free EQ app for windows, which I use with all my speakers).... So that people who have not bought the Dirac software won't have to

Unfortunately, I myself is not that capable of using the app, so if I should do it. the end result, would be terrible.

anotherscott said:
Has anyone had a problem returning the XTZ Divine? I decided they were not right for me, I emailed them for a return authorization, they wrote back with suggestions to address my issues, I wrote back twice to let them know that I'd still like to return them, and I haven't heard back.
Click to expand...

I'd be interested in buying them, if you were unable to return them, that is.

Also, I'm in the market for a pair of wireless headphones and just came across these. They're right at the limit of my budget, but they seem to be really good. What other wireless headphones would you guys say match or exceed these in quality, at this price point (~£150). I just bought a pair of 1MORE mk802 and the sound is excellent, but while I thought I could get used to their aesthetics, I just can't (they're bright red), so I'm looking for something else. I was looking at the Beoplay H7's as there are plenty of excellent reviews on them, but they're a little too pricey. On-ear, over-ear, it doesn't matter much-- I'm just looking for the best sound!

I'd be interested in buying them, if you were unable to return them, that is.

I did ultimately get it all worked out. And it's probably the perfect product for some people. But I would suggest buying it with credit card or similar that has good buyer protection just in case!

I just received them and I must admit, they do sound great. But good grief are they uncomfortable. Whoever was in charge of the ergonomics of this design definitely didn't do it with my head shape in mind. All this could have been avoided by simply adding horizontal hinges so that I can actually adjust them on my head properly. The sound quality also suffers from this as it's really hard to fix them in place on my ears-- I find myself constantly readjusting them in attempts to find a better position. I might return them and go for the Beoplay H7. Went to a dealership a couple of days ago and they were extremely comfortable, but they'd be like £70 more expensive. Such a shame about these headphones though, as the sound is excellent. If I end up returning them, it'll be the first time I sincerely regret having to return something. Shame, shame.

UPDATE: I'm sad to announce that I've decided to return them-- the design just doesn't fit me. The hold is ridiculously loose, they're uncomfortable over long periods of time and Bluetooth connection lags when I tilt my head. On the plus side though they're some of the best sounding headphones I've ever heard.

Well it seems as though something's gone wrong with the availability of the Dirac DAP for these headphones. Olle Eliasson tells me that he can't ship my order of Divine + DAP because there's a bug in the DAP software that they don't know when they'll be able to fix.

Does this make any sense? Why can't they just ship a previous version of the DAP, given that the reviews here don't indicate any major problems with it? I wonder if there's a licensing problem with Dirac Research AB.

sorry for my English, #googletranslate
I noticed that massive comparision thread of yours, Giogio. I got interest of these, among others. Finally I got it from ebay for ~100€, unused.

When I got them, I was a bit disappointed. Max volume was too low. Then I remembered that thread when somebody had exactly same thing - the volume button on the headphones was untouched - rookie mistake
They go loud, that's for sure. But it's not ideal for music what I'd like listen to: drum&bass mostly. The more I listen with them, the more I like them.

I booted up Plex on my phone to test latency with movies. Amazingly Divine worked out perfectly, everything was in sync - and the sound - well, it is frightening in a good way. So my 2-minute test ended up viewing the movie to the end.

The bad is, after ~2 hours my ears start to hurt
and that you need to set them up correctly to your ears to listen properly

I'm thinking of getting these. I guess I was confused by your review. I use Spotify Premium on Samsung Galaxy S7. Will the DSP work?
www.mikesnaturalroast.com
You must log in or register to reply here.