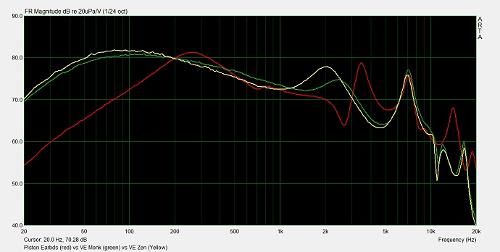 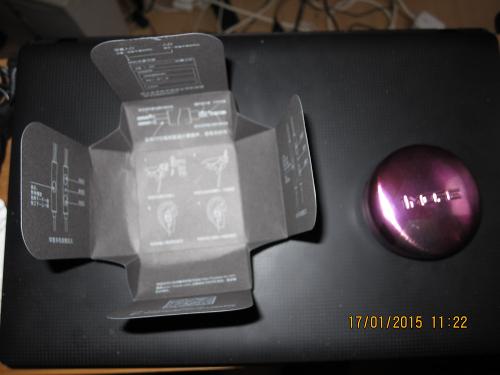 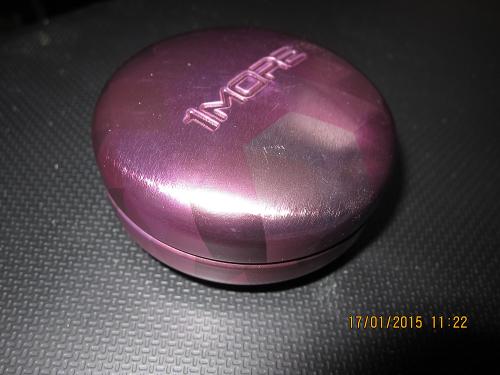 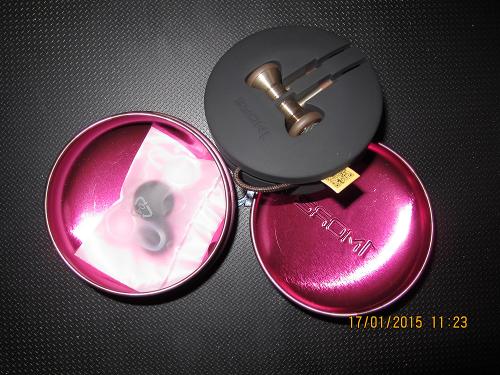 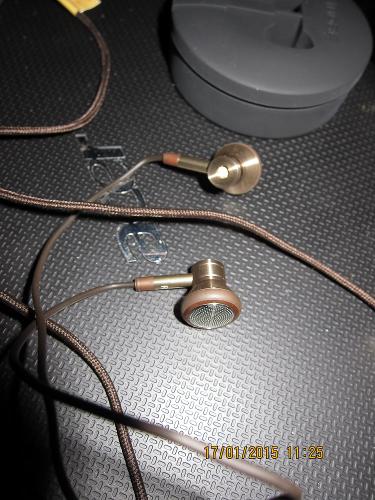 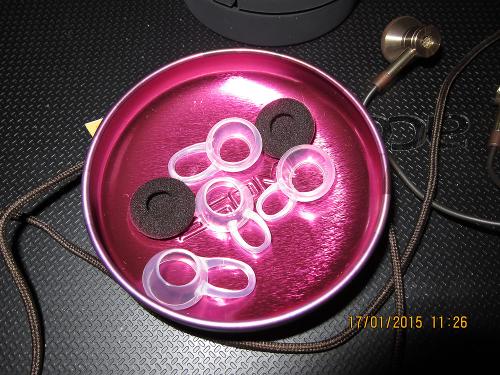 I will make this very short because I really don't feel it is worth spending the time on these.

I ordered these from iBuyGou.com on the basis that I liked the Xiaomi Pistons v2.1 IEM's. They had great overall sound if somewhat bass heavy. I had always had a miserable time with earbuds but when I saw these I thought I would give them a fair chance. They looked really cool. But as I was to discover. Looks are not everything.

They came in a cardboard box with instructions as per the Pistons. However it's not that difficult to figure it out without. The earbuds come in a round metal container which looks rather swish although the color is not to my taste. Once you lift the lid off the earbuds are embedded in a round rubber moulding witch a groove around the edge so you can wrap the cable away. Underneath the moulding is another plastic bag containing two foam ear pieces and 4 silicone 'bunnies' (2 small and 2 large) you can attach to the earbuds to prevent them falling out of you ears. The hoops go to the insides of the ears hooking under them. I found this to work reasonably well, although if you tug sideways they will come out easily.

They cable is the same as the Pistons. Braided kevlar to the plug and rubber/silicon(?) from the remote to the earbuds. The control looks and works exactly the same way as the Pistons. The only different part is the earbuds themselves. They helpfully include a L and R on the inside to know which side is which along with a ridge on the bottom of where the cable goes into the earbud for the hard of sight to feel for.

btw the cable does not have any chocolate scent this time.

The earbuds themselves are of a metallic gold similar to the Pistons. However the buds themselves have brown plastic ring around the edges of the large flange. The speaker is also gold metal with a pinhole grill. The back of the earbuds have a hole with a grill to allow air to pass through. Blocking these with your fingers removes any bass response completely (Onto that in a moment).

They look very smart and I would have no issues wearing these outside. However...

For the life of me I could not get these to sit right in my ears. Now it may be the shape of my ears/canals or that I am now just used to using proper IEM's such as the Pistons. But I now know why I threw all other earbuds in the trash. I tried every way I could imagine to get a better sound from them (see more below). Comfort wise they are compromised. I am not sure why nobody else has tried making an earpod type design like Apple does even if there is an intellectual property issue (The Chinese don't always follow the rules anyhow so not sure why none of them have tried copying Apple on this).

There is pretty much no isolation I can hear. If used in a noisy environment they will leak sound considerably. Noise from the cable is not really an issue because of this fact.

I really, really, really hoped I was going to be surprised by these coming from poor experiences with previous earbuds. Sadly this continues to be a big let down. These are NO Pistons!

The sound is harsh and reed like and sound like I have my head stuck between a pair of cheap computer speakers of the variety you get from the discount store. What little bass there is has no presence whatsoever. You cannot 'feel' anything in terms of bass punch. It is dead with no satisfying thud. You can tell there is definitely bass there if you put your fingers over the holes on the back of the earbuds. But it is shallow, lifeless and deeply unsatisfying. Bassheads need no apply. In fact I don't think anyone should apply. The mids are the only thing there really but they lack any soundstage or clarity. they sound like a little insect buzzing in your ears  no matter how much volume you give them (I had a loud vocal force me to yank them out when I did) . As for the highs, they are so lacking and veiled beyond belief that I had a hard time telling if there was any. I tried turning up the EQ on my sources but it was not a great deal of improvement.

I may just be unlucky and have got sent fakes but since these are so new to the market I doubt it and iBuyGou is supposedly one of the more reliable sources for these. It may just be my ear shape and someone else may have better luck perhaps. But to be truthful I don't believe they will. The price is cheap. But if I had know how bad they would be I would not even accept them for free. They are that bad. Harsh? Perhaps. I am just giving my own honest opinion of these. I took a punt on them and unfortunately this time it did not pay off.

Once you get used with earphones, you cannot go back

Thanks for the review. Sorry to hear that these weren't up to snuff.

Did you see the graphs I posted in the review? brooko said:
Did you see the graphs I posted in the review?


The red one is the 1More Piston Earbud - with foam covers on!
Click to expand...

brooko said:
Did you see the graphs I posted in the review?

The red one is the 1More Piston Earbud - with foam covers on!
Click to expand...

have you measured any other earbuds?
Click to expand...


Yes - I also measured the HiSound Audio PAA1 Pro - again the graphs are at the end of the review on Headfonia.  Same thing.  Very weak base response on the Piston earbuds, and quite weird (hollow) sounding mid-rnage.

Yes - I also measured the HiSound Audio PAA1 Pro - again the graphs are at the end of the review on Headfonia.  Same thing.  Very weak base response on the Piston earbuds, and quite weird (hollow) sounding mid-rnage.

For a low cost earbud though, you can't really go past the VE Monk.
Click to expand...