You are using an out of date browser. It may not display this or other websites correctly.
You should upgrade or use an alternative browser.
Woo WES

I met with Jack Wu today and picked up his balanced WES electrostat for trial and a bit of a write and after 3 solid hours of listening (Hot Tuna - 'Live at Sweetwaters", Rickie Lee Jones - SACD version of "Pirates" and McCoy Tyner's - "New York Reunion") the word that comes most to mind, is "sublime".

After hearing Justin's Blue Hawaii at my Spring NYC Meet, I didn't think it was possible to hear better sound out of an electrostatic setup.
Well, competition is in da houze!

This sounds as good as good gets.
I am using my Jade's and a nice pair of O2 MKII's. I am going to have to sell my GES and some IBM stock, because I must have this amp in my collection!

This is a very good year for audio. A very good year, indeed. A very bad year for the wallet, though.
[size=1em]Music is my recreational drug…I need a dose of it everyday![/size]

Head-Fi Feedback
"The point of diminishing returns is in the thousands, not billions." - Uncle Erik

wish I could try such set up, nice indeed.
Listen first, measure later.

I comparison between WES and KGBH LE? This thread will be epic (and helpful).
Bad Spellers of the World Untie!

Them be fighting words!

"[A]ll of audiophilia is a search for the perfect distortion profile." -- Jason Stoddard
Singxer SA-1 Amp Review ❖ Youtube Reviews ❖ h-ear.audio
Funny comments from the Forums ❖ The Best of Head-Fi
I am not a moderator. Please do not PM me about forum issues. Use the report button.

Perhaps, if my WES is built in time for the NYC Fall meet in November, we can do a shootout between Justin's Blue Hawaii, Ray's A-10 and Jack's WES.
Up until now, Justin's Blue Hawaii with a pair of O2 MKII has been the best electrostatic setup I have ever heard.

My Jade/GES combo is blowing me away, but of course memory loss plays a large role in this after age 45.

But I would have no regrets with this being my only setup in a "desert island" scenario. Of course sand would reek havoc with stats, though.
[size=1em]Music is my recreational drug…I need a dose of it everyday![/size]

I do think that when the full production WES hits the market it may be the one to beat... It is the sound that I was looking for.

That's exactly why I don't see the WES and BHSE competing against each other. These are two rather different ways of reaching the same goal and it depends on what type of sound the end user prefers.
www.mjolnir-audio.com

This amp is one mo-fo amp. Not only does it have the industrial look and build of sheet brickhouse, the sound that comes out of this amp is exactly what I am looking for in a stat amp. Detail, and layers that will take a PhD thesis to unravel.

This is the one! Congrats Jack. Hard work and dedication have paid off

in the most delightful way. 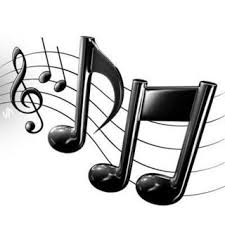 That's great to hear, Aaron, glad you're enjoying it. I always thought the GES was a sweet sounding stat amp, but it just didn't have enough juice to make the O2 sing. Have you heard the GES enough to compare to the WES? Thanks for the impressions.
source. amp. headphones.

I haven't heard the WES but I've talked to those that have, did design the thing and I know what effect the design will have on the sound output. The BHSE is fully DC coupled and with power to spare this means it has little impact on the sound and is relatively immune to the load it is presented with. The goal here is to eliminate any "sound" which the amp might have and to become truly neutral. Nothing really is truly neutral but the BH does leave a rather small imprint on what goes through it. To do this you need to marry what tubes do well and what transistors do well and build a hybrid amp. The very rare and nearly unobtanium Stax SRM-T2 is very similar to the BHSE though it uses a similar input stage as the old Stax SRX design (aka the cursed ES-1/ES-2 amps) so it has more tubes but with even more transistors. That is safe to call the most complex headphone amp ever made and it sounds simply sublime. These are amps for purists i.e. those that want to hear what's on the recording, be it good or bad.

The WES is more like a traditional tube amp and in some ways similar to what Stax were doing back in the 60's but on a much grander scale. Being AC coupled and no CCS to match the load presented it will no be as transparent as the BH (no capacitor is as good as a piece of wire) nor can it be as immune to the load presented by the transducer. That's not really a concern here since it also sounds more mellow and "musical" since it's sins are normally of omission rather then adding something which shouldn't be there. A properly built ES-1/ES-2 amp would also be in this category since that is a Stax design from 1968.

Now what I won't touch on is rather important part, the power supplies. They will influence the sound a great deal so for instance a simple supply for the BH will change its sound over the regulated supplies normally used. That isn't really a concern here even though there is no such thing as a too large a PSU.

The bottom line here though is we have two fine amps, built by people that know what they are doing, that suit different tastes. This is by no means the end of the road though. We are working on making a limited run of DIY T2 amps (these will never be commercially built though so you'll have to find one of the Stax built units if you want one) and Kevin has some very interesting solid state designs which can rival these other tube based amps. Now we just have to get Stax to modify the SR-007Mk2 to make it sound as good as the Mk1 but I can say that the SR-404 Limited Edition did far surpass my expectations so there is hope they will see the light.
www.mjolnir-audio.com

See, we need to sticky that. That will be very important in the future for people looking to make the big jump. Thank you.

I don't really concern myself about the differences between the MkI and MkII O2s. Number one is that I believe we are talking very small differences here. And while there most definitely is a difference--and maybe even an objective quality difference--its still a small difference. The differences are radical to us in the hobby, but not so earth shattering people are laying down their weapons and cats and dogs are playing together. Number 2, everything I've read on the subject seems to suggest I might prefer the sound sig of the mkII anyway. I'm just not going to fret about it.
Bad Spellers of the World Untie!

They do sound very much alike and the difference is indeed small but to me it's what they get wrong rather then how similar they are. The midbass hump is rather noticeable but the midrange etch is more subtle yet in comparison to the Mk1 they shouldn't be there. I do understand why Stax changed the design but they could have done a better job with it.
www.mjolnir-audio.com
You must log in or register to reply here.