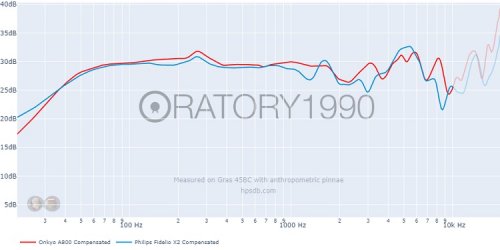 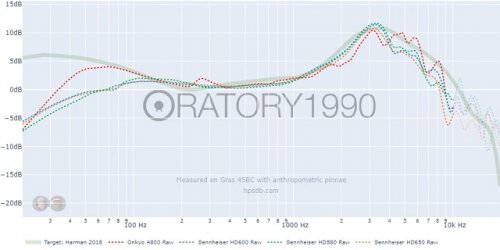 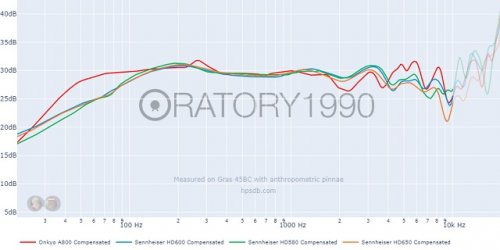 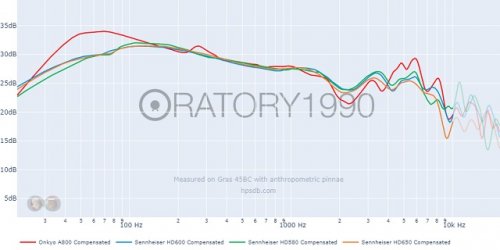 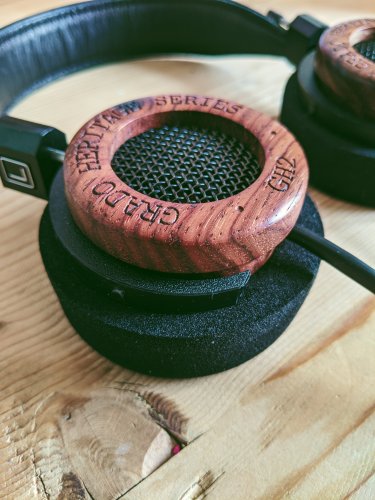 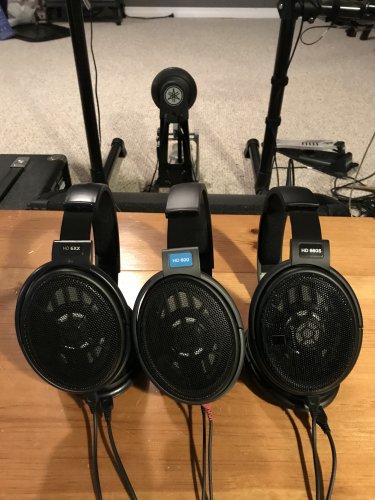 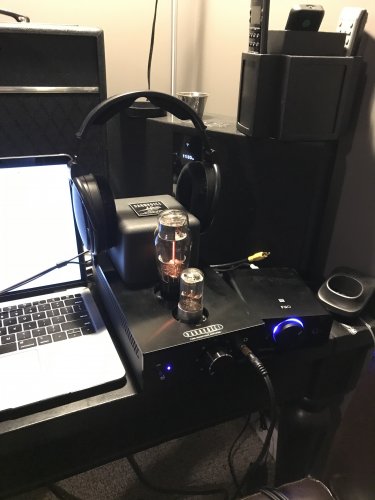 See full thread gallery...
You are using an out of date browser. It may not display this or other websites correctly.
You should upgrade or use an alternative browser.
What's your favorite headphone? If you could only have one.

MisterButthead said:
It indeed will. It did for me. For my tastes, it is by far the best all-around cans I've ever heard. It would be perfect if it had a little more bass punch, but I love it for what it is.
Click to expand...

You're 100% right. My new favourite headphone and my endgame and i agree that technically the only 0.5 missing is the lacking subbass but that's absolutely not dramatic at all.

I've been at this headphone game for over 15 years and I have amassed a fairly good sized collection of headphones, mostly dynamic but with a few planar magnetics. Closed and open back. Wired and Bluetooth. Noise cancelling and few iems. After treating myself to the Sonoma Model One system (headphones and amp/DAC), I now like to say that there headphones and then there's the Sonoma. On a totally different level.

I do own several Sennheiser headphones and have always liked their sound, fit and build quality so it's nice to see all the love that the HD 600s and other Sennheiser models are getting.
Now not quite so "new" to Head-Fi but not new to headphones, audio, music and especially jazz.
Last.fm

If we're only counting headphones, out of what I currently own: Fostex T50RP Mk3 with Dekoni sheepskin pads.
Not because it's the best sounding, but because it's the most comfortable and has emotional value as my wife and kid gave it to me on my 40th birthday

There used to be a gear list down here... But it just didn't fit anymore...
There was a Headphone meet on 18 November in Heerlen! Good times! Take a look here: Headphone meet impressions thread

Focal Utopia. Nothing I've heard before beats it.

Bright and neutral stock, but with dekoni suede pads and amiron wireless filters, It becomes bassy and dark, the mids step forward, the treble gets less intense, and I love it! Different tunings from one pair of headphones just from pad swaps and a change of filters.

From what I currently own and have tried, the E-MU Teaks. The bass is tremendous and is perfect imo but the vocals are a bit weak compared to the Elexes but nothing to cry home about as they're still pretty decent. Imaging is obviously weaker than the other open back headphones I have tried but they're still quite well overall and fit my taste. I'm trying to get rid of a few other pairs and try out the DT1990s as I believe they would fit my preferred sound signature quite well but haven't gone around at doing so.
D

At the moment, there is a tie.
Presently I have (or have had):

I loved some, really, aggressively hated others and have demoed many more, however the two headphones that shine not only in their performance - but there performance in light of their price/value ratio are undoubtedly:

The latter, if you can find it - is staggering.


I got them originally for about 200 euros. I bought a broken pair for spare parts should the unthinkable happen.

The latter, if you can find it - is staggering.

...its reduced me to tears on occasion in its performance.
Click to expand...

Lower treble looks a tad bright. But the bass looks tremendous on this headphone for open-back! And except for maybe a smidgeon of some darkness in the upper mids between 2 & 4k, the rest of the response also appears pretty stellar... 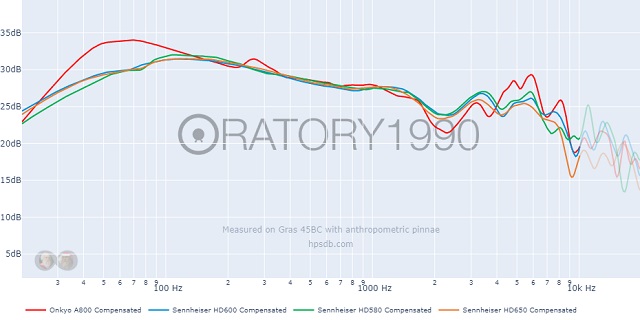 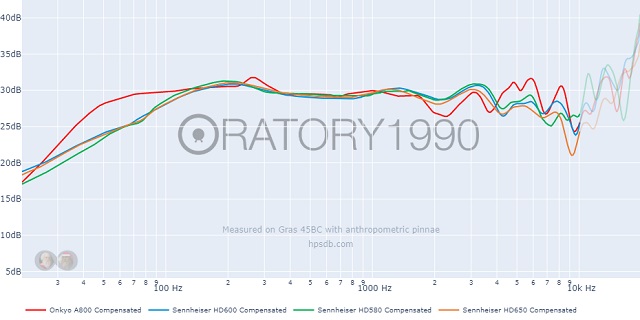 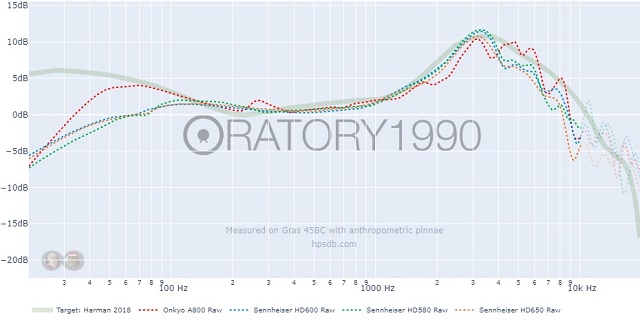 rebbhosar said:
They are uncomfortable, they look like retro-wave steampunk battle-ready headgear, the flat 90's era tape-licorice cable is absurdly strange in its wiring rendering 3rd party replacement either difficult or an abject failure...but it matters not...
Click to expand... 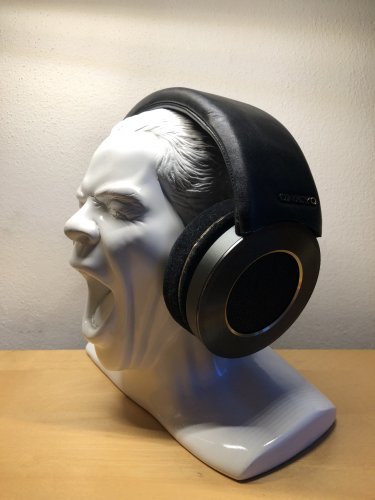 ADUHF said:
Lower treble looks a tad bright. But the bass looks tremendous on this headphone! And except for maybe a smidgeon of some darkness in the upper mids between 2 & 4k , the rest of the response also appears pretty stellar... I bought them on a whim because of Oratory's ranking of headphones by divergence from Harmon targets, not that its an authority but it is an interesting study - and I was not dissapointed.

That being said, I was afraid of potential sibilence/peakiness/fatigue since I'm awfully sensitive to such (couldn't tolerate the th600 in this respect; even when EQ'ing; there was a lot about them that rubbed me the wrong way - but, not gonna lie; they were sexy lookin')

Either way, a lot of the awkwardness of the build (while odd, it's incredibly well made - little else has been as robust), alot of the oddities can be amended. The pads are quite shallow and the drivers are angeled, I do not have big ears and my ears still hit the outer grille of the driver. I remedied this by inserting a cut coax cable under the foam for more depth, without changing the sound signature.

Luckily I rarely deal with hot spots on my skull (guess I got a flat head?) but it may be a thing for others.

Finding a replacement cable however has been tiresome. I've ordered many made specifically for their unique wiring (any other will only power one driver) and yet they all fail. Apparently the denon d600 has a similar set up, so that might be my next attempt. All this is expensive and long when you live at the ends of the earth as I do.

rebbhosar said:
People have opined here and there that the Fidelio X2HR or X3 are comparible, seeing as (as I understood it) the team that worked on this, worked on those. Upon testing this, I felt this not to be the case on many levels and that I have yet to hear anything approaching the unique texture of these rare, bizarre little (are they tho?) miracles.
Click to expand...

Thanks for sharing your perspective on these, rebbhosar. I guess sometimes good things come in slightly strange packages (with uber-large headbands).

Ora doesn't have any plots of the X2HR yet. But there appear to be some similarities to the original X2's response. The Onkyo looks closer to the Harman target though, and a little better balanced in the upper mids / low treble. And maybe a tad less peaky (though still probably slightly bright) around 5k... 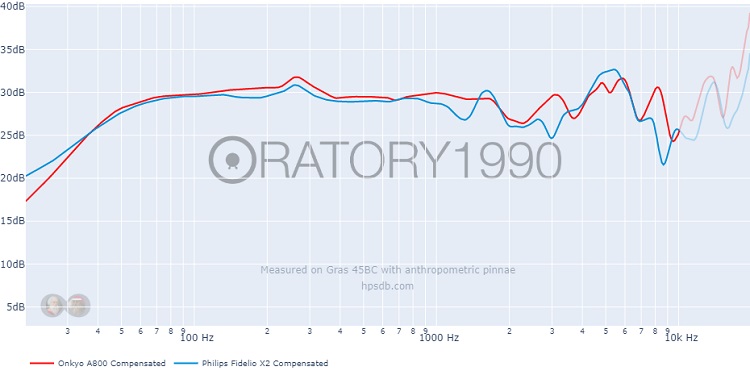