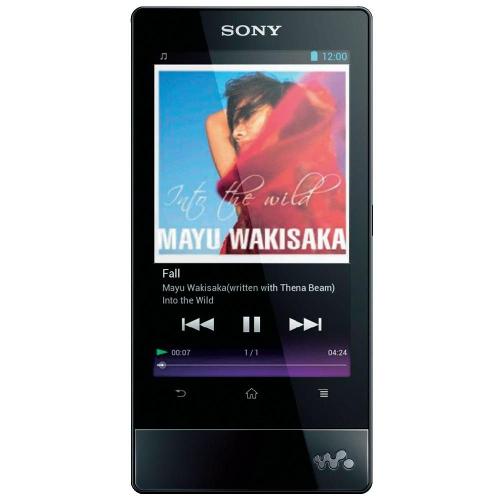 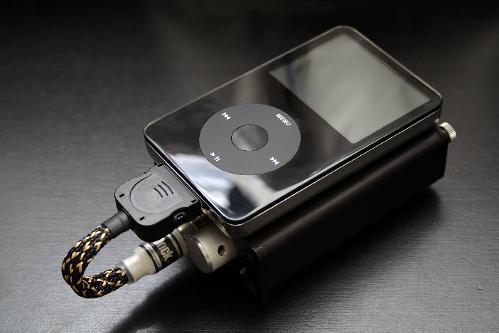 I bought a set of xba 4s which got me started on the midlevel iems market but here's my question. I'm buying a RSA the Tomohawk amp and monster turbine pros, and I need a decent music player. I want a 5th Gen iPod but idk what kind of quality im gonna get out of it, or are my iems and amp low end enough that it isn't going to matter? I really don't want to spend much over 150$ for a player and if it had an Android os that'd definitely be a plus... What do you all think? Thanks
Sent from my HTC 8x
Share This Post
post-10608577
Post #2 of 16

Why not just purchase a DAP like the Fiio X3 or Ibasso DX50 instead of a separate DAP and amplifier? These sources already have a proper circuit with a DAC, output stage, and a relatively powerful amp* built into them that should be more than enough for those IEMs, in both output power to get them loud, are relatively very clean, and also have large enough power capacitors. That will be around $200 to $250 for the player, plus around $50 for a 64gb microSD, then maybe a powerbank if you don't have one yet for your other devices; saves you the trouble of strapping two devices together and will likely fit in your pockets easier than an iPod strapped onto an amp.


*general purpose devices that use integrated chips (DAC and earphone driver circuit in the same chip) produce around 5mW to 15mW at 32ohm; those DAPs output at least 150mW (check the actual specs but I'm sure it's at least around that figure), probably cleaner at that level too than an iPod at full tilt
Share This Post
post-10610293
Post #3 of 16

zach96 said:
Well that's an option, but are there no other good options for just a player?
Click to expand...


Fiio X1 is coming out in a couple of months or so. I suggest you wait for it since the target MSRP is only $99, and has a headphone amp circuit designed for IEMs (still has low output impedance, lower power output than X3 and makes the most out of its smaller battery, maybe different gain settings too). There's a thread on the X1 on the Portable Source forum, latest updates are on the first page. I think there are a couple of other DAPs that came out recently but I can't remember the brand; just that they are neither Fiio nor Ibasso.

The only reason for using an iPod nowadays really is if you prefer managing your music through iTunes, which conversely is a headache for anyone who is familiar with the simplicity of drag and drop.
Share This Post
post-10613966
Post #5 of 16

zach96 said:
Well I have a Spotify premium account so that's the reason for wanting a iPod...
Click to expand...

For the price you want to spend I'd be searching on eBay for a used 32gb 4g touch.

zach96 said:
Well I have a Spotify premium account so that's the reason for wanting a iPod...
Click to expand...


I thought by "5th Gen iPod" you meant the best known wheel-controlled iPod that people here use with Rockbox FW and iMod/diyMod hardware tweaks. zach96 said:
I'm sorry for the confusion I meant the latest iPod touch, which should have better audio than the 4th one right?
Click to expand...

I have both 5G and 4G touches, I haven't used the 5G for music yet. I can tell you the 5G is a lot faster though for navigating and using apps. I"m just not sure how much $150 will get you as you're going to need much storage as possible (preferably 32GB) I don't think $150 will get you a 32GB 5G touch that's why I opt for the 4G. As it is the 16GB 5G are going for around $170 - $180 on eBay used. Unless you know where to get a deal.  Of all the iPods I have heard (including the classics/video) I would take the 4G personally, especially if you ever want to add an amp, as it's the last touch that came with an easy to use line out dock on the bottom.
Conclusion 1. iBasso DX200 / Tralucent 1Plus2.2 ლ(ಠ益ಠლ)
Conclusion 2. DacAmp One / Tralucent Ref.1
[size=1em]Conclusion 3. iBasso DX90 / Tralucent 1Plus2[/size]

Thanks for the reply I'll probably get one of the 2... I have a windows phone so I miss a lot of the popular apps which is another reason I want a iPod touch instead of a dedicated music player.
Share This Post
post-10616523
Post #11 of 16

zach96 said:
Thanks for the reply I'll probably get one of the 2... I have a windows phone so I miss a lot of the popular apps which is another reason I want a iPod touch instead of a dedicated music player.
Click to expand...

There are other options like the Sony NWZ F*** Series which run on Android with full access to the Playstore and sound very good.

I personally own the F806, but they're not cheap. zach96 said:
I'm sorry for the confusion I meant the latest iPod touch, which should have better audio than the 4th one right?
Click to expand...


Not sure about the audio quality, but does the 5g Touch even have a lineout for use with an amp? AFAIK Lightning doesn't work in the same manner as that 30-pin in the photo; I think they only have digital output for DACs with the "Made for i(Device)" stamp on it, or the dock with a DAC chip inside, or in the case of the iPads and iPhones, the CCK USB audio output.
Share This Post
post-10618430
Post #13 of 16


You can but it's not optimal. From my experience using earphone outputs*  the levels are either too low then if I increase the volume it sounds either a bit "off" or there is distortion, like when the vocals going up an octave or two it sounds more grating than the same recording on a line output. The popular explanation for that is that the amp circuit has some distortion (which increases with the volume setting) and the external amp amplifies that as well; other things to consider are the specs on the earphone output (which is different from the impedance and voltage specs on a lineout, even with variable line outputs controlled only by a preamp but doesn't go through an amplification stage) and the input on the amp (usually designed for the specs on a line output).

If you really have to use the 3.5mm output you'll need an amp with a lot of power and high gain, that way you can keep the volume on the source lower and just use the amp to get the volume higher (as well as driving the headphones/IEMs) with a weaker but cleaner input signal. Most amps I've tried as such however had too little gain that I'm using them close to maximum setting and the volume is just about right, if the amp isn't already distorting at that point too.** That was all with an HD600, so I'm guessing your IEMs are not likely to encounter the same issue, but again, do they need that kind of power as the Tomahawk or any portable amp for that matter? Note that I only recommended those other DAPs because I thought you were going to use an older click wheel iPod (which I thought was what $150 can buy, not knowing it's for a lower memory Touch for Spotify), and if the output power level is useful, it will not necessarily be a lot of improvement with those IEMs, but with other headphones or custom IEMs that you can try later on (and such players likely might not need any help from another amp).


Here's how I would go about all that if I was going to listen primarily through Spotify, and let's assume I've already got the 5g Touch,*** I'll just use that with the IEM on its own for the most part, especially when I'm on the go, and maybe even at my office desk. When I settle down into a fixed listening position (my desk at home; not so much at work since I have the XBA-4), I'll use that with the Apple dock that has the DAC chip in it, then use the dock's lineout to direct the signal to an amplifier like the Ibasso PB-1 or a similar RSA (with the input at the rear, since I'm used to home set-ups that have the cables all in the rear, save for the headphone's) and a headphone that will really benefit from the amount of power as well as the capacitance of such amplifiers.


*vs the actual lineout on the same device - Touch 3g, 4g; 4g, 5g wheel iPod; also devices that don't have a lineout, like one of my old HDD Creative Zen, smartphones, etc
**a CMOY, but this was the DIY-er's first version; his second version had higher gain I think, and also an active ground
***because honestly I'd rather get a smartphone or a larger tablet which I would have with me anyway; if I wanted a dedicated player smaller than a tablet, well, I'd get a Fiio or Ibasso
Share This Post
post-10621831
Post #15 of 16

Thanks alot for your reply's, I'm primarily listening in a tractor 8hrs a day so i can mount the DAC and amp solid so that's not really a problem. I'll probably get the ipod touch 5g and possibly a dock and mount it in my tractor.
Share This Post
You must log in or register to reply here.