Menu
Log in
Register
Install the app
You are using an out of date browser. It may not display this or other websites correctly.
You should upgrade or use an alternative browser.
What is the Modern Face of Horror?

I was gonna post the pic of the Asian Prince- that one really scares the hell out of me, but I can't find it

I don't know how modern you consider modern, but ever since I first saw this photo when I was very young I've been horrified by it.

In the theme of nightmarish paintings: "The Isle of the Dead", by Arnold Böcklin. He made 5 versions of the same painting. 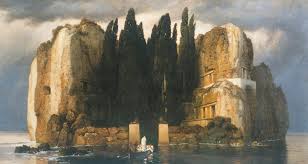 the murals at the new denver airport are pretty evil.
http://www.thewatcherfiles.com/denver.html
Sounds good to me.

If we're going there, then I'd almost rather nominate:

Not in the context of this thread I reckon.

let's see, by linking a pic of hitler, allenf has validated godwin's law. the closer a thread comes to infinite posts, the greater the chance someone will invoke the nazis.
Sounds good to me.
W

I'm surprised nobody posted this, but Scream by Edvard Munch is the undisputed face of horror in modern times.

I agree with scrypt. To borrow psychological terminology, a flat affect disturbs me far more than anything else. There is something infinitely dehumanizing about being on the receiving end of a blank, emotionless stare. The connection that all humans feel, and - to some extent - desire, is not there. If anything, there is an implied disregard for humanity in such an appearance; i.e., there is no empathy. That is real horror. For example, to use Lovecraft, Cthulhu operates beyond human ideas of good and evil. Pity isn't part of the Old One's emotional grammar. That is terror.

At the risk of being melodramatic, when one sees a vacant, expressionless countenance, one sees the abyss. Nothingness is far more terrifying than a babbling madman with a cleaver. The madman can be restrained; seeing the void reminds one that being "human" isn't necessarily an unalienable condition.
New signature forthcoming (or not).
W

I'll take "nothingness" (whatever that means) anytime over a madman with a cleaver running towards me.

Do you guys remember playing Dungeon and Dragons?

There was Chaotic Evil and Lawful Evil for classification of evil.

Chaotic Evil would be like a madman with a cleaver.

I am done spending money on Hi-Fi.
You must log in or register to reply here.