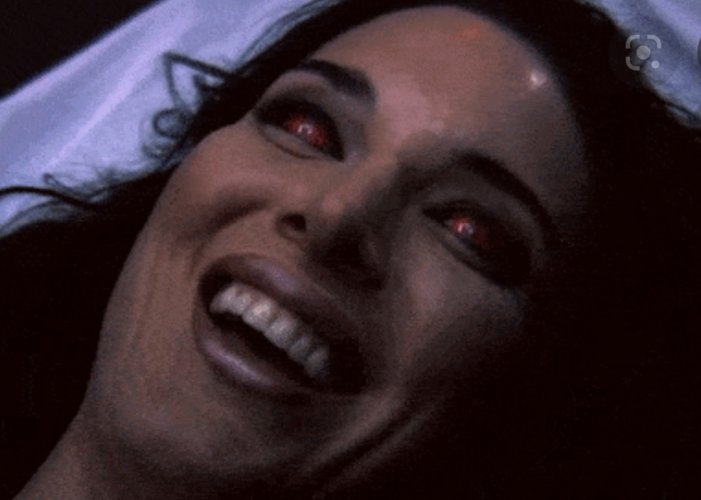 You are using an out of date browser. It may not display this or other websites correctly.
You should upgrade or use an alternative browser.
What headphones do you have, and what do you still want?

easo91 said:
I’m not wanting anything right now and am taking a pause for at least a year of upgrading/adding to my collection. At this point I’m thinking gains are gonna be pretty minimal, and it will mostly be if I want a drastically different tuning:

Sennheiser HD-650: Nothing has beaten this for my preferred sound signature. I even had Clears for 2 years, and after selling 650s, and then reacquiring them, I just found even with the improved transience and subbass, they just have a weird mid-range that doesn’t handle things like guitar distraction/effects well that makes most rock lose it’s edge. Maybe someday I’ll find a fabled HD-650 killer, but until then, these will probably me my daily’s. The mid-range presentation is so smooth and cohesive, and even if the sub-bass can be lack, for most music that isn’t EDM it’s more than enough extension to get most of it. I could listen to these for hours without having any fatigue.

Audeze El-8 Closed: Scratches the transient response itch I was using the Clears for with some great (if ever so slightly recessed) linear bass response across the whole spectrum. The mid-range of these is THICK and is almost an inverse of how the 650s present (EL-8s seem focused more on upper mid range, while the 650s focus on lower mids). Great treble response that feels really in control, and the detail retrieval on these things is insane.

Sennheiser Momentum 3: Insane bass cans. Truly the best and most skull rumbling bass I’ve heard on a mobile can. Somehow has an insane, emphasized bass that doesn’t bleed into the middrange. Mids are classic sennheiser house sound, and the treble is really laid back. (I’m learning I really don’t like a pushed treble) The sound stage for these is shockingly wide. If you’re coming from the Momentum 2, demo these as they are quite a drastic change from previous revisions.

Sennheiser Urbanites: first pair I owned when I started wondering what “real” headphones were. Friend sent me his when he was done with them. Incredibly tight clamping force, ear pads get hot, and there’s virtually no sound stage, but the FR is pleasant, bass extension is a typical consumer tuning and it doesn’t really offend in what it sets out to do. Definitely keep them around for a fashion statement more than for sound, but it’s something I’ll still reach for them on occasion. They’ll always have a special place for kicking me into this hobby.
Click to expand...

Totally agree with you re HD650. But then again this is a dangerous hobby and I've said those famous last words before...

I sold a bunch of stuff off, so, these are the ones that remained after the purge. I will never sell anything that's currently in my owned headphone list because it was quite a journey to get to where I am now. I did a lot of auditioning before 2020 happened and narrowed down what I like and don't like.
Empty.
G

Kammerat Rebekka said:
It’s my least favourite but only because it’s closedback. It’s the only closedback of mine actually. I vastly prefer open headphones - generally the more open the better

But between all of the closedbacks I’ve tried, this is still my favourite together with the SRH1540 and the D7200. The latter two are tuned differently and cost significantly more, but I’d say the AKG sounds the most realistic and true to the recording. I a/b’ed with an Elegia not too long ago and found two headphones with remarkably similar tunings, yet much to my own surprise I found the K371 to be the better sounding headphone.
Click to expand...

I have to agree with this. Closedbacks are a compromise in sound quality, and you can typically get better sound quality in an openback for the same money spent (hard-hitting bass aside), so for me, the only reason to get a closedback is if you need the isolation. I preferred my K371 to my old EMU Teaks, which didn't provide great isolation to begin with and had sound leakage (an issue I guess is common for the Fostex/EMU/Denon wood headphones).

What would be a good step up in sound quality from the K371 in a closedback design that didn't leak sound? I would guess I'd have to spend a lot more.

You may want to check out the original Aeon Flow C. I’ve only listened to a pair briefly, which is why I didn’t include it in my previous post, but I was very impressed and I’m fairly certain that it was in the same ballpark as the AKG tuning-wise...and being planar it also sounded super quick.
I’ve been looking for one over the used market, but folks seem to hold onto those suckers.
The new Aeon is tuned more hi-fi’ish from what I can gather reading reviews and having spotted a frequency response here and there. The first gen is the more linear can.
‘When you’re thinking about gear you’re not really listening to the music’ - Danish bear-fella

Right now I have the Fidelio X2 and the Monoprice M570. I'm looking at replacing the X2 with one of these options (Sivga Phoenix, KLH Ultimate One, Fidelio X3) just to try and see if I can get a better version of the same sound signature. I just got the M570 and I'm not sure if I want to keep them or not. If I don't I'll be looking at the Hifiman Sundara for a little bit more analytical sound. I'm setting my budget at $350 and those seem to be the most logical options for me.
Last edited: Aug 24, 2020
Current Headphones: Hifiman Edition XS, Focal Elegia, Etymotic ER3XR
Amp/DAC: Fiio K5 Pro, Sound Blaster Play! 4, HTC dongle
Past headphones I've owned off the top of my head: Monoprice M570, Fidelio X2/X3, Amiron Home, KLH Ultimate One, Koss KSC75, Donscorpio Dolphin, Monoprice 7.1 Headset
G

Kammerat Rebekka said:
You may want to check out the original Aeon Flow C. I’ve only listened to a pair briefly, which is why I didn’t include it in my previous post, but I was very impressed and I’m fairly certain that it was in the same ballpark as the AKG tuning-wise...and being planar it also sounded super quick.
I’ve been looking for one over the used market, but folks seem to hold onto those suckers.
The new Aeon is tuned more hi-fi’ish from what I can gather reading reviews and having spotted a frequency response here and there. The first gen is the more linear can.
Click to expand...

You're spot on with your impressions. It has a Harman preference score of 83 (the K371 has 89): https://github.com/jaakkopasanen/AutoEq/blob/master/results/RANKING.md

Member of the Trade: Lithium Headphones

I want all of the ones not on this list.

Want: At the moment, nothing.

It's not that I'm not curious to try some more things. I went to a meet-up early this year and tried some of the things I've heard about here: Sennheiser HD 800S and HD 820, RAAL SR1a, and Dan Clark Audio Voce hooked up to a Blue Hawaii amp are the ones I remember spending some time with. Honestly the noise can make it hard to evaluate these things, and I only really felt that I got a proper evaluation of the Voce since I was alone in the room for a while. I liked it quite a bit. I was able to pinpoint some instruments in space in an orchestral piece I was listening to, for instance, and when I tried the same thing with the same track using the HD 800S, I couldn't do it.

If I had tons of cash to just blow on whatever, maybe I'd buy something like that, but I'm not so sure. After trying gear like the Voce / Blue Hawaii combo, I was worried I'd come back to my humble Modi 3 / Magni 3+ / DT 770 PRO setup I keep in the bedroom and hear how much it was lacking. The opposite happened. I was blown away by how great it sounds for the money. So I'm good for now (which probably makes my wife happy).
Home setup: Computer Ethernet --> AirPort Express optical out --> Schiit Modi 3 --> Schiit Magni 3+
Office setup: Computer USB --> Schiit Modi 3 --> Schiit Magni Heresy
Headphones: DCA Aeon RT Closed, Sennheiser HD 6XX, beyerdynamic DT 770 PRO 250 Ohm, Grado SR225e, Grado SR60, Etymotic ER4SR

p.s. all modified, all EQ'd

Want to try
HD6xx or equivalent (due to the hype around their god-like mids and timbre)
HD800 (legendary status in my book for a long time due to its price)
Focal line (for their reputation with headphones at higher price points)
Denon/Fostex (for the bass)
HP - Aeon Flow Closed, AKG Q701, Avantone Planar, Fostex TH-900, HarmonicDyne Zeus, Hifiman Ananda, Sennheiser HD6XX, STAX SR-202, ZMF Auteur

Have:
Not all of them