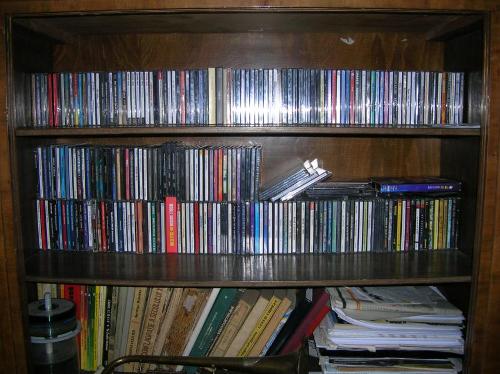 You are using an out of date browser. It may not display this or other websites correctly.
You should upgrade or use an alternative browser.
What Format is Your Music?

That's definitely not nostalgia. I think it's more a matter of technology as a differentiator. People deliberately adopt an obsolete technology to differentiate themselves from others who aren't part of the same scene. The fact that someone would go to the trouble of getting a cassette deck is an indication of allegience and a measure of how big a fan of the music he or she is.

It reminds me of the people who owned turntables during the period when vinyl was nearly extinct. Many obscure bands put out 7" singles, and obviously one had to have a turntable in order to play them. So owning and playing vinyl was a way to set oneself apart from the CD-buying masses. With vinyl now enjoying a modest but significant resurgence, it is less of a differentiator.

That's an interesting point, and I think it reinforces my argument about differentiation. Ultimately, technology choices can be as effective as clothing or hairstyle or slang in defining membership in a group or class. And yeah, I definitely get your point about metal listeners not wanting to be lumped together with Williamsburg hipsters.

Edit: Heh. I just looked at my avatar and smiled.
I find television very educating. Every time somebody turns on the set, I go into the other room and read a book. --Groucho Marx

My music collection has gone from CD to 100% FLAC for convenience (computer & Fuze). However, I use 192KB/s VBR MP3s with my cell phone. (the speaker is the size of my thumb nail, gemme a break.)

Other: my library isn't consistent. lots of flac, 320, v0, v2, and probably quite a few albums in some crappy other form of cbr mp3

My source preference is CD (no downloads), but the majority of listening is via my portables:
Atrac3+ HiSP/352kbps for the Atrac stuff & AAC350VBR for the flash player. Any files maintained on my PC are (generally) temporary.

"Your requirement list sounds as if you got drunk and found a keyboard that had an audiophile term on each key." - Mercuttio
You must log in or register to reply here.