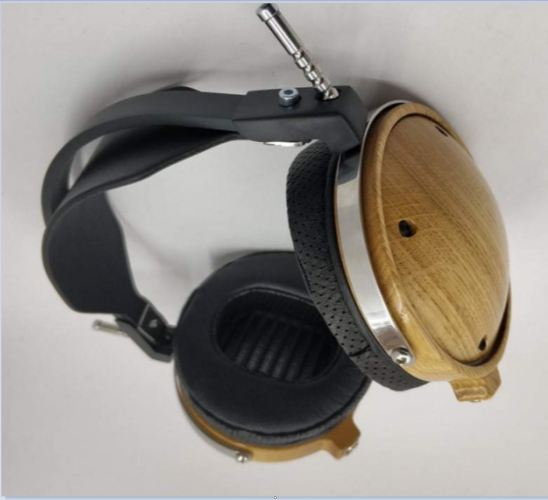 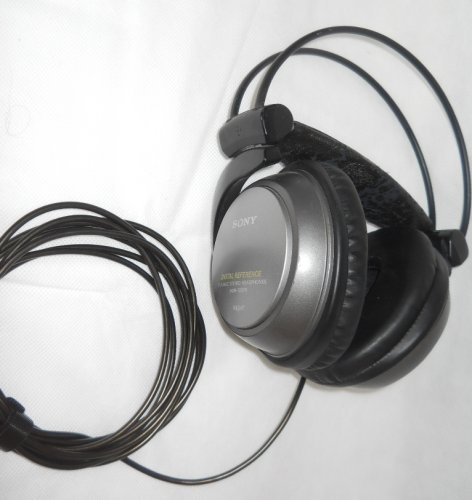 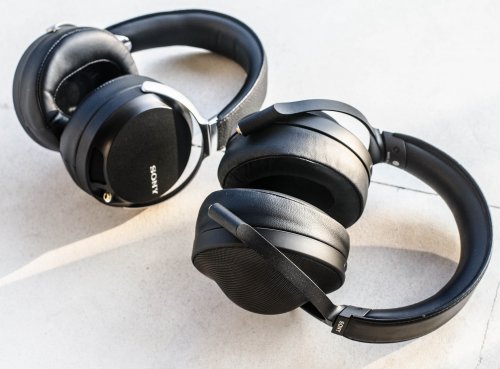 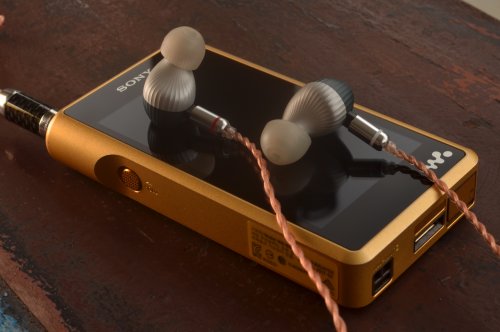 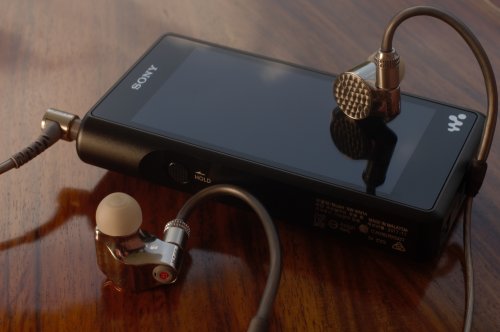 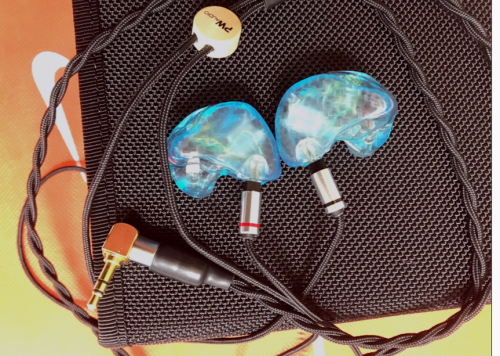 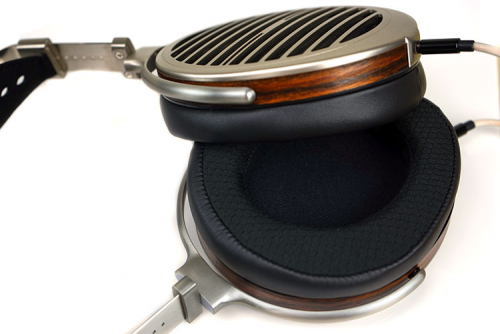 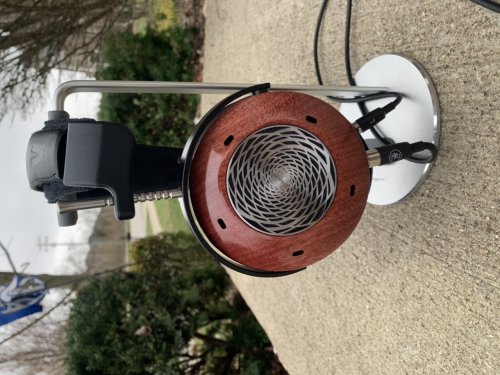 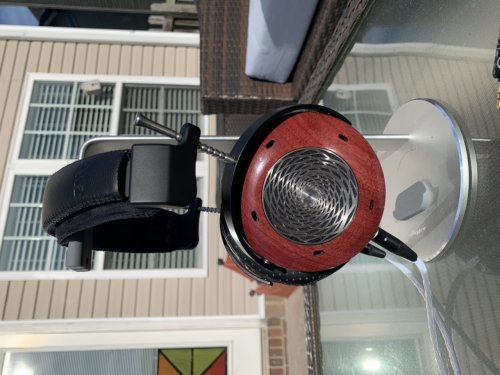 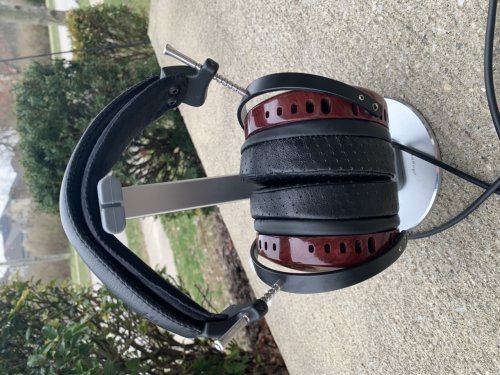 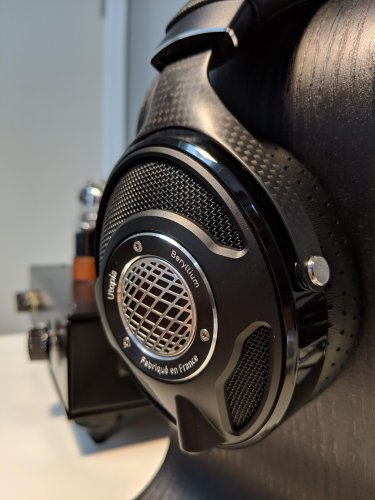 See full thread gallery...
You are using an out of date browser. It may not display this or other websites correctly.
You should upgrade or use an alternative browser.
What are your dream headphones?
J

I figured this would be a nice forum to put, as I have never heard these, but oh so I would want to. 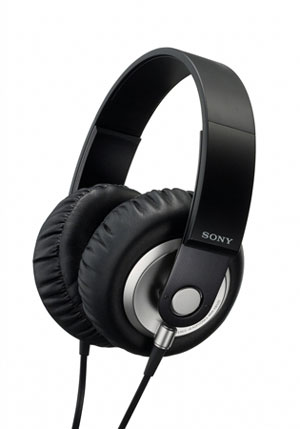 Sony MDR-XB500 : I always wanted to feel bass below 20 hz. They appear lightweight and comfortable. I would imagine the sound is fairly transient and recessed in the presence band due to the distance of the ear from the driver. Back then, I would assume they could be found for about US $39 dollars. Today, only parts can be scavenged under that price. New old stock ranges from US $295 to even $395. To think that one guy who just bought these in bulk and put them in his closet could afford a new house with the sales he makes from these. I just feel bad each effort Sony makes will not top these. 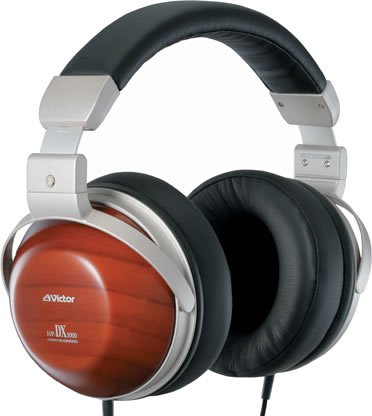 JVC HP-DX1000 : I have used JVC headphones a lot. The Gumy Plus is their best model. I have tried the HA-S160 Flats and the HA-SR185; both well-built but underwhelming headphones. There is no sub bass. The headphones I would want to save up for are the SZ1000 or the SZ2000, but when looking images of those I saw these. I cannot describe the aesthetic; it is like a premium headphone that looks like a stock headphone. It looks like something from Counter-Strike. A lot of headphones look boring no matter what they are made of, but these do the trick. Anything with wood means I am less likely to tinker with it. This is one headphone I would want to own based on looks alone. 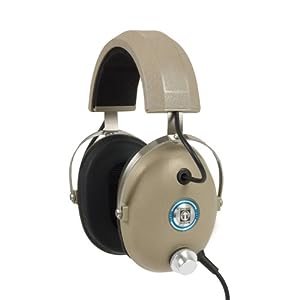 Koss Pro4AA : I am convinced this is the most rewarding headphone by Koss. I have heard tales of how it was the premier studio headphone with great comfort and isolation. In the new millennium, Koss changed their materials a bit. Apparently it is not easy to power them and the oil cushion is gone. I would imagine on the right setup they sound exceptional. If music sounded the best on these in 1970s than it would be the king of headphones in my opinion. 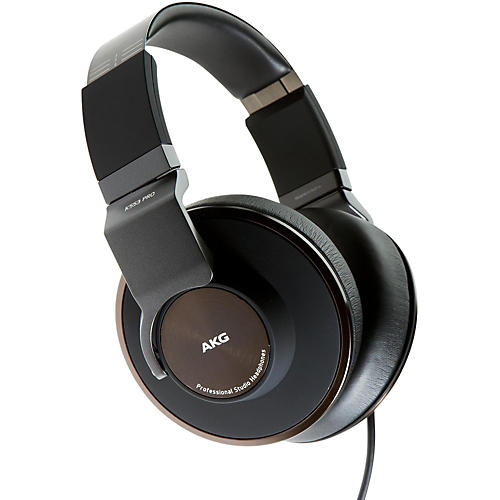 AKG K553 : The first time I saw them was in a video review. I instantly thought they would block a ton of noise out. Not only that, but also they would have great AKG sound quality. I would imagine these headphones would feel like quality in my hands. The style reminds me of the Sony MDR-XB450, but more premium.


Monolith M560: This is it. I feel like this is the headphone that would convert me to planar. I also heard of this on a video review of the product. It can be used open or closed, and has a low price when compared to other planar headphones. I am convinced it is the best value in headphones in the United States. I do not own them, but I am sold.

These are the headphones I would want to own, but I am simply of low means so they are wistful cans to me, such is life. Which headphones would you like to own one day but may not ever? I thought this would be a fun idea for a post. Have fun with your picks!

Not really a dream headphone per se but the return of the legendary AKG K1000 but with improved bass and better comfort. That would probably be a huge buzz in the headphone community. They are the sound stage kings.

But Lately, I’ve been fantasizing of getting the original vinyl pressings of old recordings. That would probably be my first choice if I won the lottery.
The ear is my favorite organ Is that a ZDS hiding back there?

IMO it should be one. One has to listen to it to appreciate it with a top notch amp like a BHSE with NOS tubes. Just those two alone is already 5 digits in cost so it is a dream.

For me mine would be an upgraded sound magic hp 151 with the same sound signature but improved in every way.

JohnSample said:
Sony MDR-XB500 : I always wanted to feel bass below 20 hz. They appear lightweight and comfortable. I would imagine the sound is fairly transient and recessed in the presence band due to the distance of the ear from the driver. Back then, I would assume they could be found for about US $39 dollars. Today, only parts can be scavenged under that price. New old stock ranges from US $295 to even $395. To think that one guy who just bought these in bulk and put them in his closet could afford a new house with the sales he makes from these. I just feel bad each effort Sony makes will not top these.
Click to expand...

I just saw a used good condition type of listing for XB500 on Amazon UK for 99 pounds, in case you're interested. Never tried them myself but heard very good things.

I’m lucky enough to own my dream headphones. These are gorgeous to look at, comfortable to wear, and sound every bit as good as they look. I’ve owned many TOTL headphones like the he1000, he1000 V2, he1000SE, final audio d8000, LCD3, LCD4Z, Ultrasone Edition 15, Sennheiser 800 and Sennheiser 800S. And none of them can touch my ZMF Verite. They’re not the absolute best in any one category, but they do everything right. To my ears, they’re endgame good. 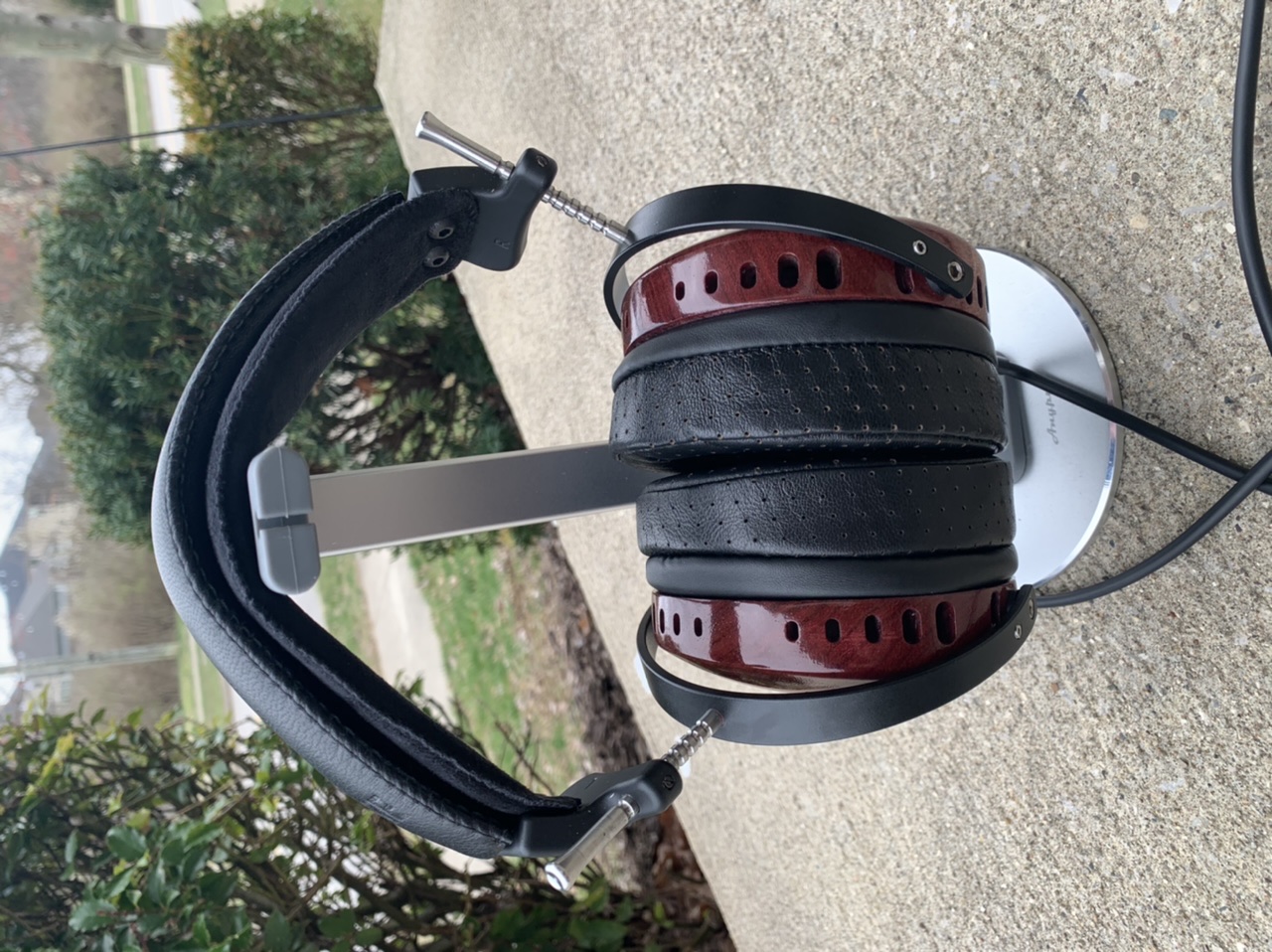 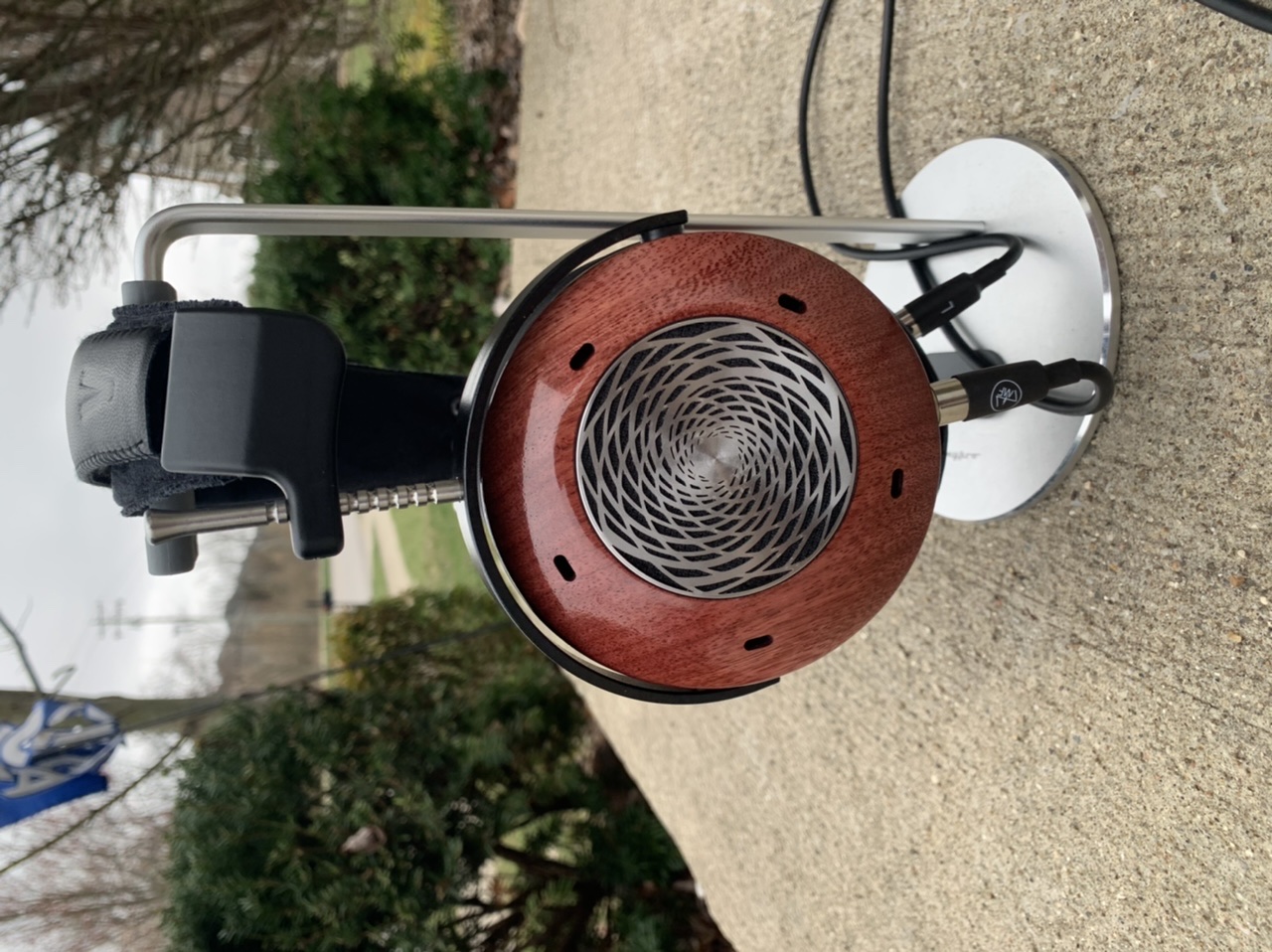 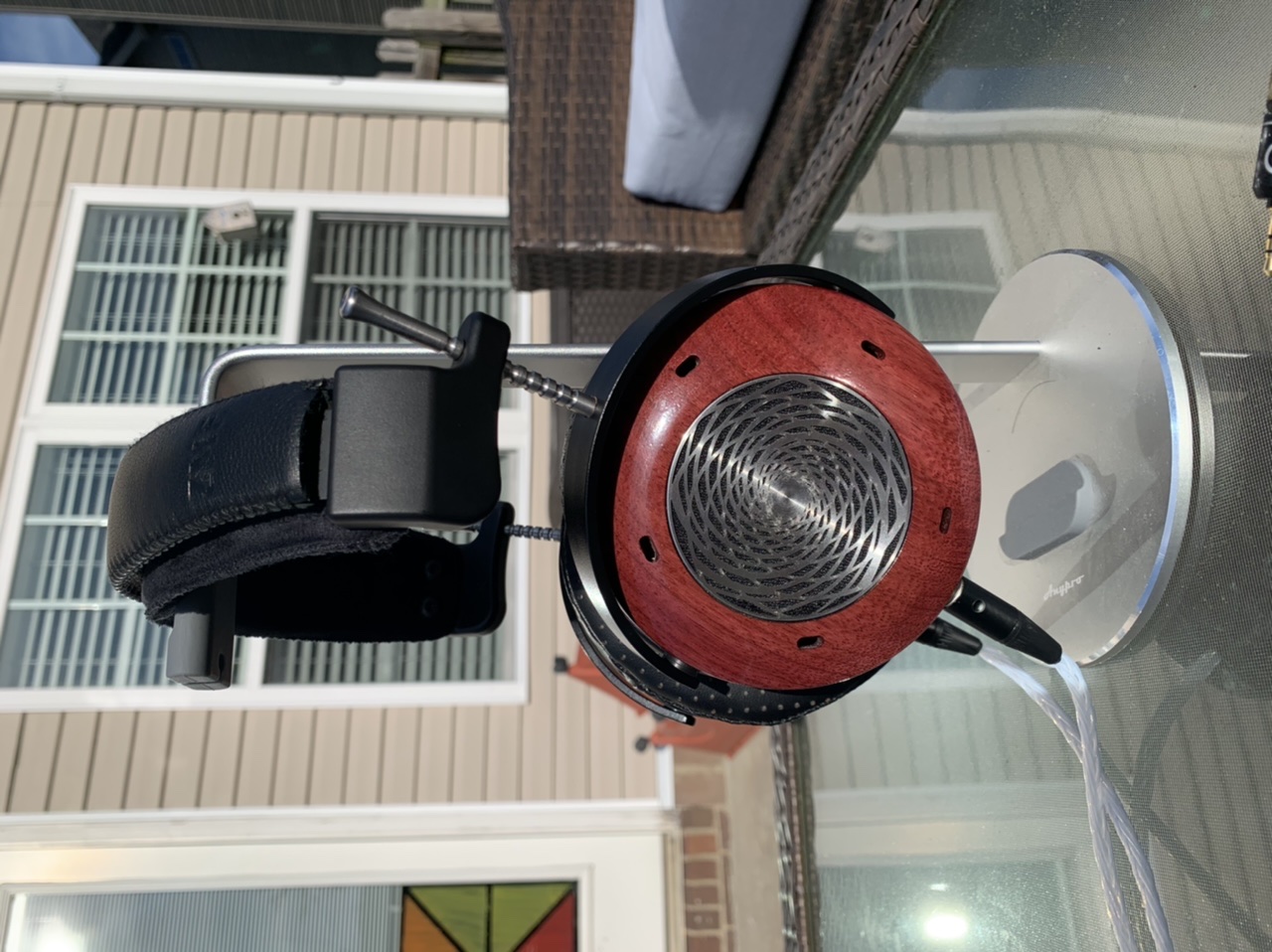 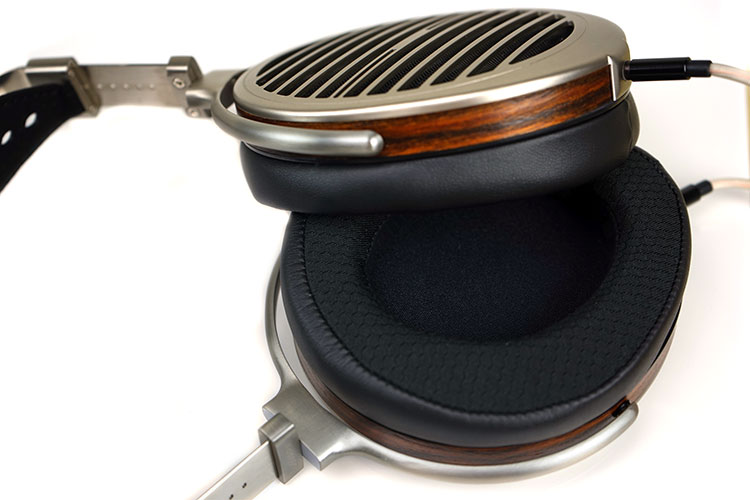 I've got a soft spot for Hifiman and their planars. Might splurge for the edition XX's when they get back in stock

I'm just discovering I already have my dream headphones. I was trying to figure out what was wrong with me by not being interested in any modern try-hard mom and pop CIEMs. This is neutral done right and has yet to be replicated to this day. Purchased in 2004, cracked shell a month in and re-shelled a few years ago. Neglected all this time. Now that I finally have a worthy digital source because digital source matters big time, I'm starting to roll them out into production and use daily. 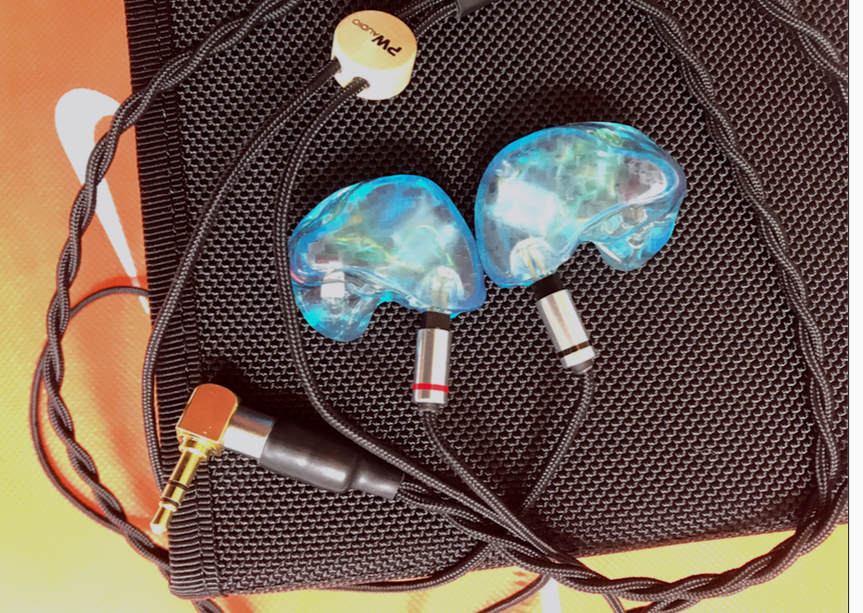 Here are some impressions by a Hall of Famer Legendary HF'er circa 2007 (Someone I highly respected):

I'm trying to plant a seed for UE to release a 20th Anniversary UE PRO 10.

I went on cold turkey hiatus on this site from 2005 - 2017. In hindsight, picking up extra pairs of these would of been the optimal game play. These impressions are all new to me as I started rolling back the clock checking old threads when I figured out I was listening to some magic vodoo.
Last edited: Apr 6, 2020

I own this, and these were my dream headphones without me knowing about them. I was late to discovering them and that headphone made me smile from ear to ear often.
Speaker Rig: Antipodes EX | Anthem STR Integrated | Revel Performa3 F208
You must log in or register to reply here.